So, today is the day — we’ve been here two years.  This second anniversary of our arrival here feels like an accomplishment — partly just because we’ve been here two years and have not only survived, but flourished, but also because it was originally our intention to only be here for two years.  So, even though we’ve revised that and updated our plans, some part of my brain is still stuck on the idea of, “Ok, it’s been two years!  You’re done!  Time to go home!”

It’s been two years since we climbed off of the plane, overwhelmed and weary.  Very overwhelmed.  Nothing says “What did I just do?!?” like arriving in an airport with two small kids, seven suitcases and a dog, being unable to read any signs or remember why you thought this was a good idea in the first place.

I remember collecting our suitcases, piling them up on a luggage cart, and looking around to figure out where we were supposed to pick up Bailey.  We didn’t know whether to expect him in a special luggage area, or whether there was a certain counter to go to.  Instead, we found him in his crate, set aside, kind of near the baggage claim area.  We expected to have to show some paperwork or something to collect him.  Nope.  We picked him up and moved on.

Our next priority was Customs, where we also prepared to present paperwork and have our things inspected.  But no, this is Austria.  No paperwork, no inspection, no stopping at all.

We dragged ourselves outside to wait for Dan’s friend, Greg, who had so kindly agreed to meet us at the airport.  I got Bailey out of his crate and took him for a quick (and much-needed) walk.  It was cold, and raining.  I remember thinking again (for the second of at least a dozen times that day) that I was not at all sure this had been a wise decision.

We waited for Greg, and when he arrived, he was so nice and helpful.  We packed his car full of all of our things, and drove through Vienna until we found our temporary apartment.  Once we figured out which one it was, I remember being freaked out about everything — whether the car was going to be towed, whether our landlord could be trusted to help is carry our things, and whether we were going to be expected to pay for our stay right away (which would have been troublesome because we had no Euros).

I had nothing to worry about, really, I was just freaking out and unaccustomed to being so far out of my element.  Our landlord was helpful and nice, we got everything unloaded easily, and the kids were happy to be “home”.  Greg very kindly made a trip to the grocery store to buy a few things we’d need to get through that first morning.  When he left us his grocery bag so we’d have something to shop with, I almost cried, both because it was nice of him and because it represented, in my mind, how many things I didn’t know about Vienna (I mean, who knew you HAD to bring your own grocery bags?!?). 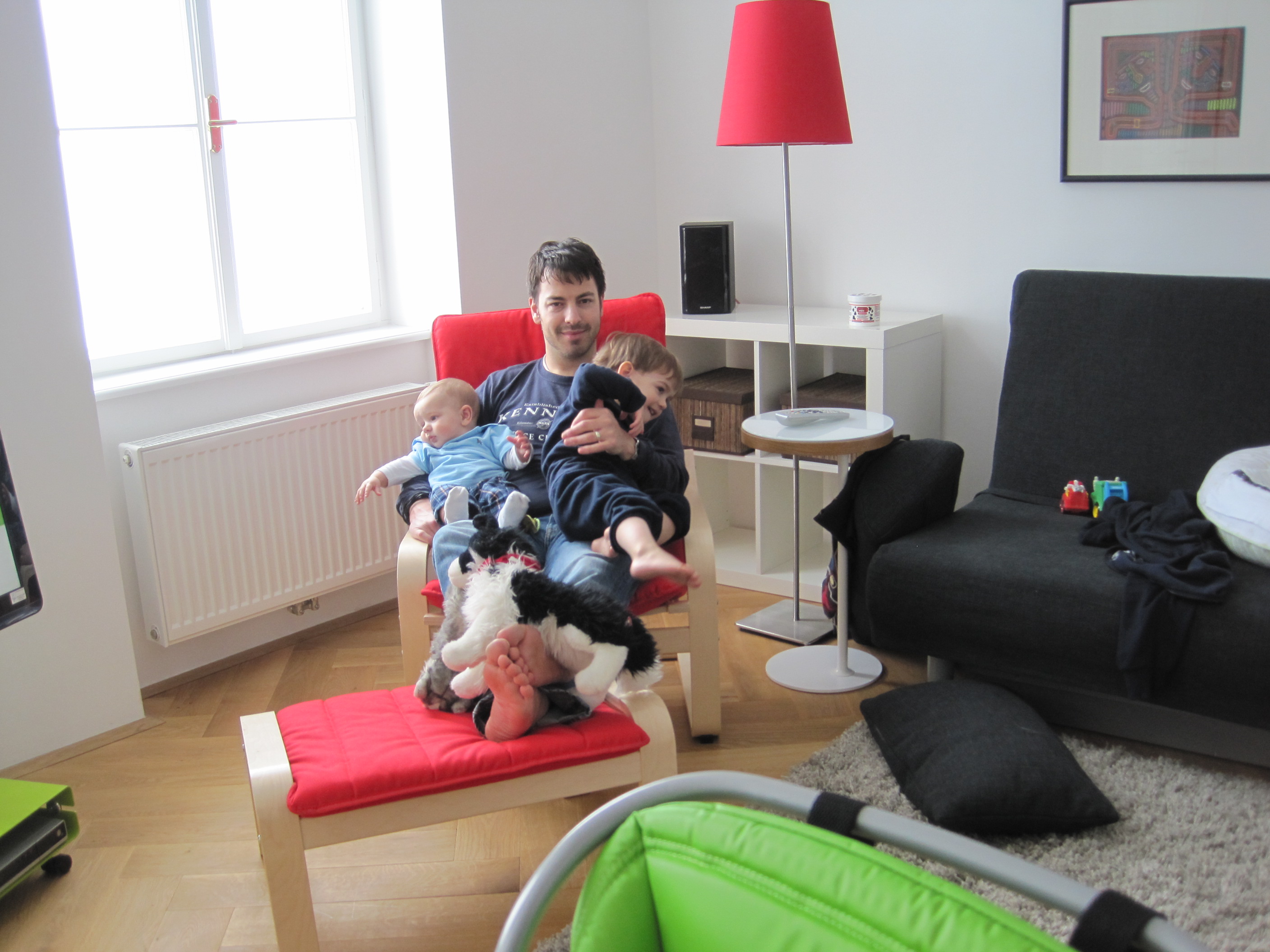 But we got settled in.  We took a collective nap.  We watched tv.  We got comfortable.  We relaxed.  I remember being the only one awake, later that evening, while everyone else was napping.  I remember looking around our apartment.  We were all safe, secure and happy.  I didn’t know anything, really, about Vienna, or about what would happen next, but everything was peaceful.  I still wasn’t sure we had made the right decision, but I was sure, in that moment, that we were all ok.  It was a beginning. 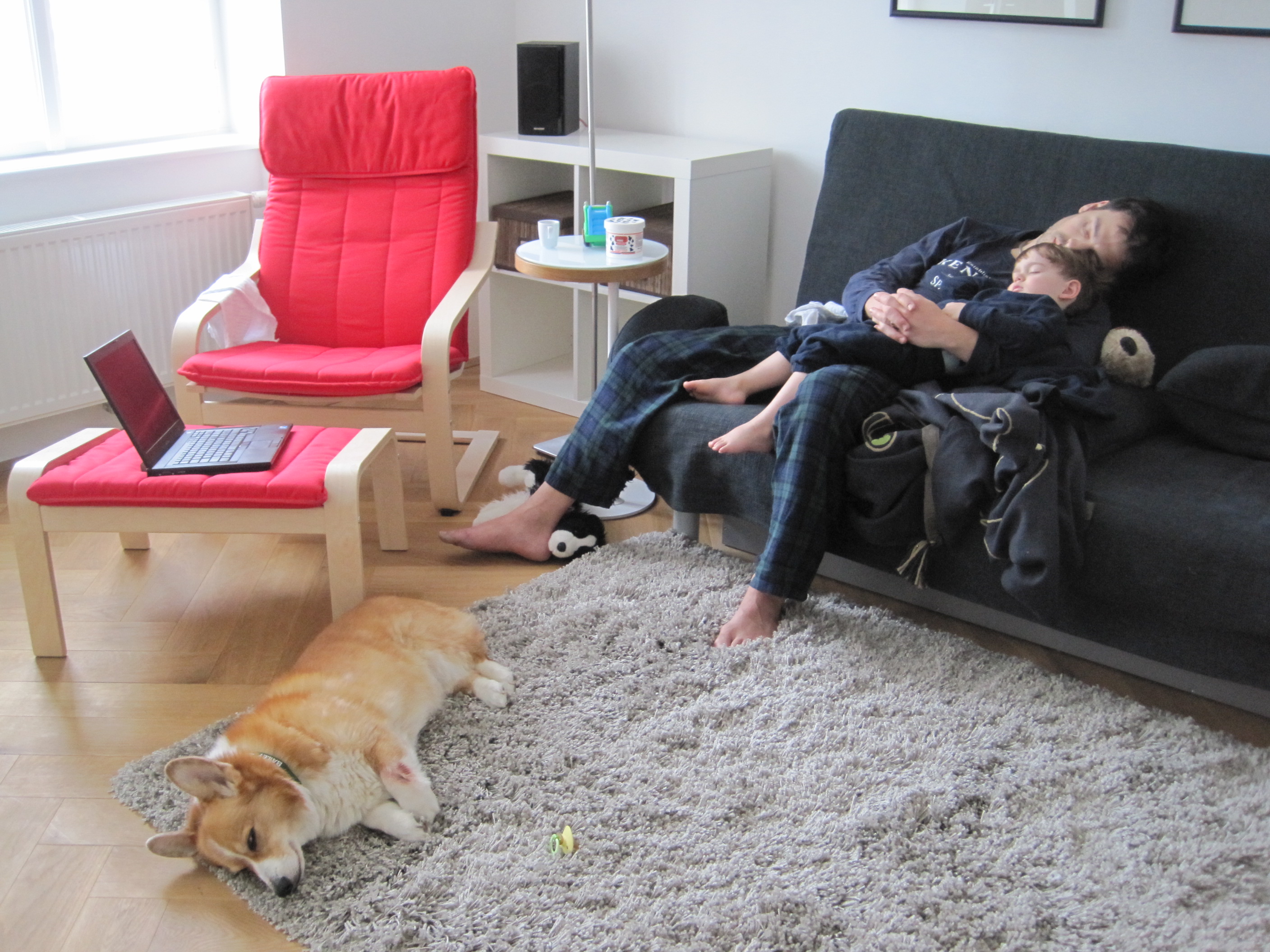 And now, here we are.  Two years later, with another year ahead of us.  I still get that feeling — the feeling that I’m not sure if we’ve made the right decision, but that, in the moment, we’re all ok.  That first day was hard, and there have been other hard days since. There have been days when I’ve wished I could snap my fingers and just be home.  But really, this has been wonderful.  Fundamentally, I’m incredibly glad that we’re here and that we’re having this adventure.  And I’m learning to be ok with being out of my element, with not understanding what’s going on, with trusting people.  I’m learning to expect good things to happen.  And I’m learning that, as long as we’re all safe, secure and happy, everything is really ok.