There are a lot of holidays in Austria, but since the UN celebrates a slightly odd combination of Christian, Muslim and Austrian holidays, we have a really hard time keeping track of the local ones.  Some mornings, we venture outdoors only to discover that Vienna is like a ghost town — shops closed, sidewalks nearly deserted, lots of open spaces on the trains and buses — even though it’s a weekday and a work day for Dan.

Having the boys in school hasn’t helped us learn the holidays much.  The school is open many (but not all) of the days when the shops are closed, and the school doesn’t provide any kind of an official calendar of the school year (even though we’ve asked).  We’ve learned to read the notices at the school very carefully.  But sometimes we still miss that a holiday — not just at the shops, but one from school — is coming up.

For example, even though this is our third November here, we didn’t realize that November 1 is one of those “big” holidays in Austria.  One of those days where the shops are closed, and so are the schools.  There were no signs, no notices, at the school.  I had this vague thought that November 1 is a big day in the church, and I noticed, last Thursday (October 31), that several shops had signs up saying that they would be closed on Friday.  It wasn’t until nearly 10:00 that night, after trick-or-treating that my brain connected the dots and it truly occurred to me that the school might be closed Friday.  We texted another parent, who (thankfully) responded very promptly, and it turned out that indeed the schools would be closed Friday.  No school.  A surprise holiday for the boys. 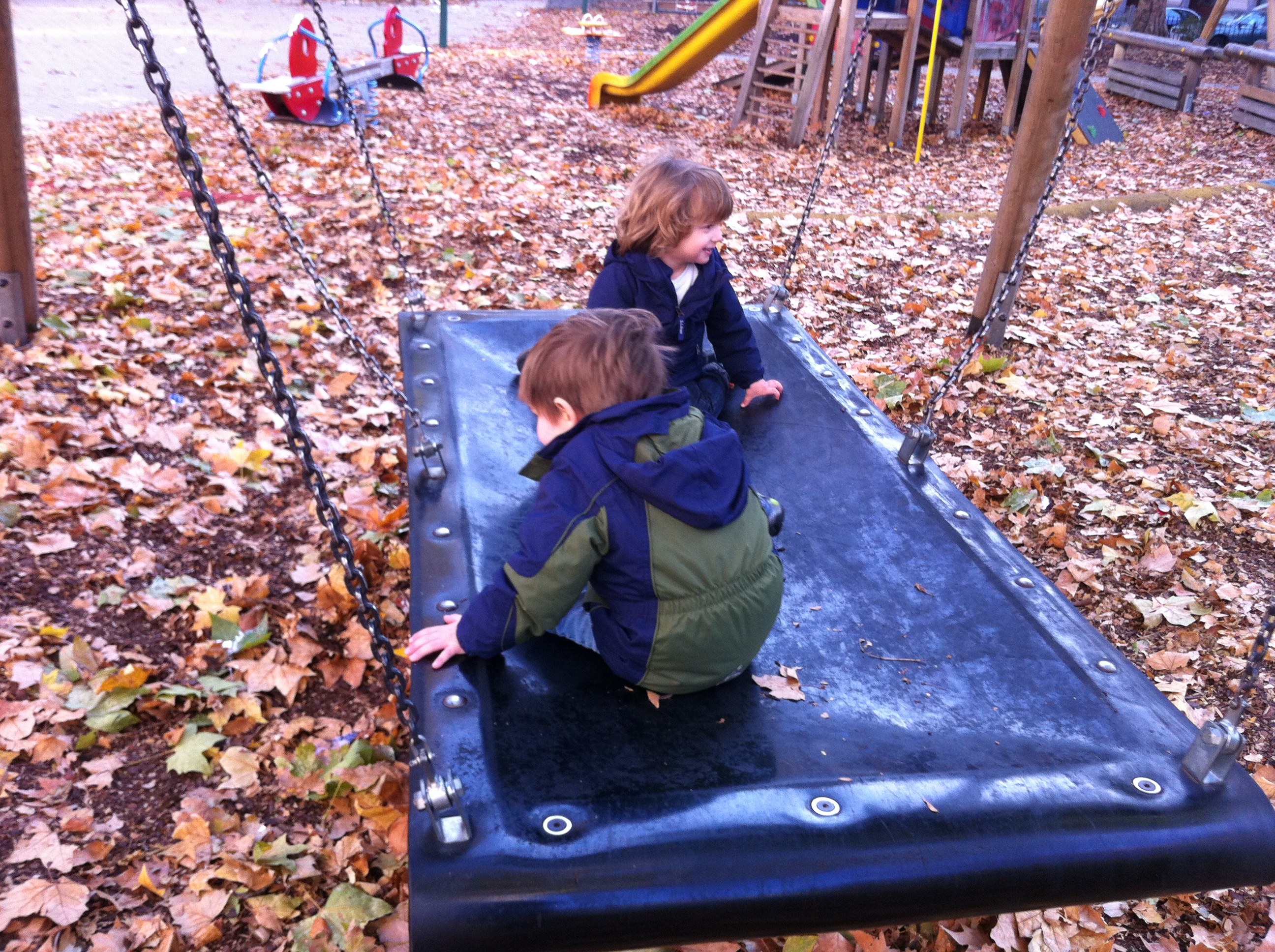 As much as it’s great to have an unexpected day with the boys at home (almost like getting a snow day!), my brain doesn’t switch gears well for last-minute things like that.  And, while it was an unexpected day off for the kids, Dan still had to work, so instead of feeling like I had a surprise holiday, I felt more like I had a surprise 11 hour day of intense work ahead of me. 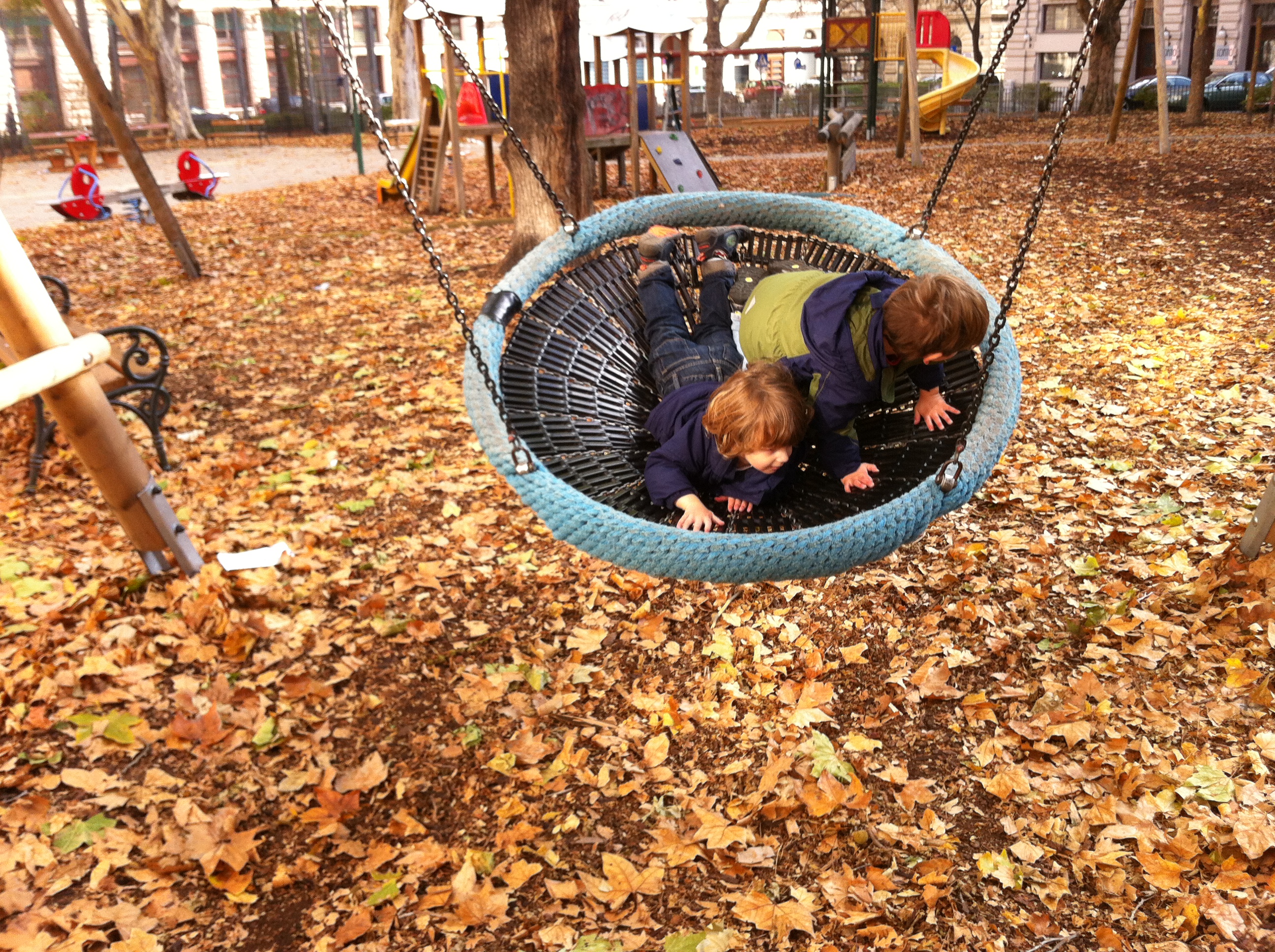 But, I adjusted.  We spent the morning at the park and had a great day.  (Dan and I marvelled at the astonishing ability kids have to get up early on days off and sleep in when we have to be somewhere — even though they didn’t know they had the day off when they went to bed the night before, both boys were up before 6, when we’d been dragging them out of bed after 7 every other day last week!) 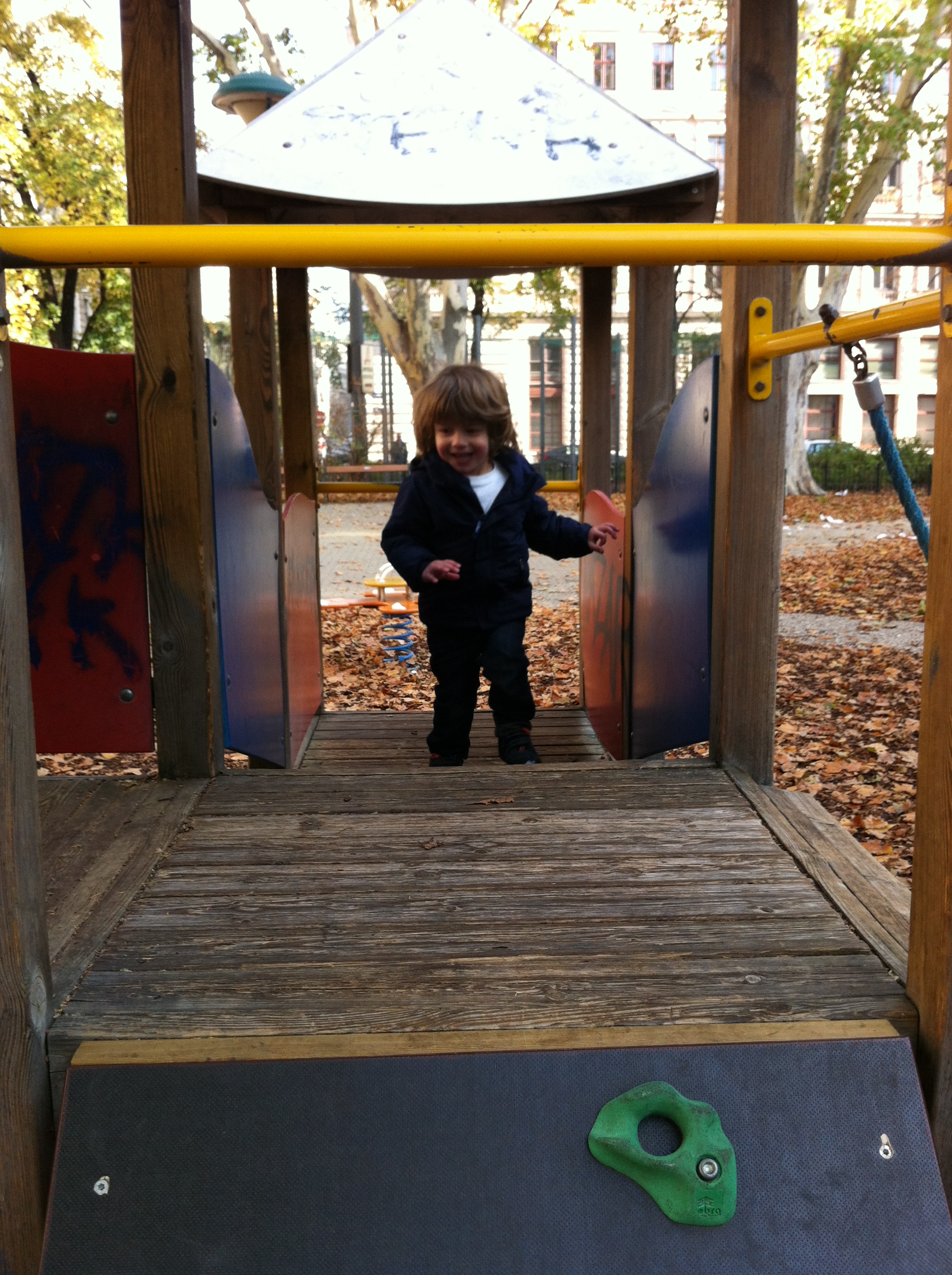 It’s ok, though.  That’s just how it is.  And Liam’s teacher, when I explained it to her, felt pretty bad about it and promised to write down the rest of the days when the school is closed.  So maybe … MAYBE … this unexpected holiday will have been the last.

A few weeks ago, Benjamin’s class at school went on a field trip.  He was effectively uninvited, which bothered me a little, until I realized that he didn’t want to go.  Their concern was that he was just starting to adjust to school, and they were worried that adding the stress of leaving the school, without us, might undo what progress we had made (and make him have an unpleasant time, too).

So, it was all for the best that he didn’t go last time.  I was a little disappointed that he didn’t get to participate (they went to a farm and selected pumpkins) but it was ok.

This was only a month ago, so we were shocked today when Dan showed up at school to pick Benjamin up . . . and his class wasn’t there, him included.  Dan was a bit stunned, and so was I when he let me know.  The staff member he originally spoke to only spoke German, so he had to find someone else to find out what had happened.  Apparently, they had a class excursion planned for today — to an Advent market.  They put a notice on the class bulletin board a few weeks ago.  Which sounds fine, except that we don’t really read German, and we had been assured by the staff that they would make sure to explain anything important (like taking our kid somewhere) to us personally.

Well, they didn’t.  One of Benjamin’s teachers, who didn’t go on the trip, very sheepishly apologized to Dan and said, “We forgot to tell you”.  They dropped the ball, no question.

I was worried.  Was he scared?  Worried?  Freaked out?  Cold (I hadn’t dressed him to be outside all day)?

But, when he got back, he was perfectly happy.  He says he had a great time, he rode on the bus and on the train, he held the teacher’s hand the whole time.  The Christmas market was great — they ate chocolate.  He says he got a little cold, but he really seemed unfazed by it.

After we got over the initial shock, and after resolving to always read the bulletin board in the future, (in German or not — we can at least see which dates to ask follow up questions about) we realized that in a way, it’s not entirely a bad change.  Just a month ago, they were so worried that Benjamin would freak out that they specifically asked us to keep him home that day.  They’re obviously not worried about it anymore.  It’s also a sign that we’re becoming just “some of the parents”, rather than “those American English speaking parents”, since they didn’t make a point to pull us aside and translate the notice for us.  As much as it freaked us out, we would have given our permission if we’d known.

Don’t get me wrong — I don’t want to see this repeated.  The phrase, “Where is my child?” is something I’d like to never say again.  But Benjamin had a good time today, and I’m glad he got to be included with his class.  I just wish someone had told me it was going to happen.