It’s been a rough week.  Last Tuesday, within a single hour, I said goodbye to my wonderful canine friend (which I’m not quite ready to write about yet) and got some shocking and heartbreaking news — my alma mater, Sweet Briar College, would be closing this summer.

“Shocking and heartbreaking” might seem like a bit of an overstatement when describing the closing of a school, especially one I haven’t attended in nearly 20 years and haven’t visited in almost 7.  But Sweet Briar is not merely an educational institution, and its closing is not just the routine or inevitable result of gradual shifts in educational trends.  It is my second home (or, perhaps, now that I live in Vienna, my third).  Dan & I met and were married there.  Dan’s father taught there for many years.  I made many dear friends while I was there.  I learned more about the world and about myself there than I had any idea I needed to learn.  And I received one hell of an academic education, too.

Sweet Briar is a special place.  It is one of a dwindling number of women’s colleges.  Besides being a single-sex college, it is southern, rural and extremely small.  It carries with it an old reputation of debutantes and snobbery — once probably valid but long since left behind.  Those with only a passing notion of Sweet Briar may dismiss it as a “finishing school”, but in doing so only reveal how outdated their information is. 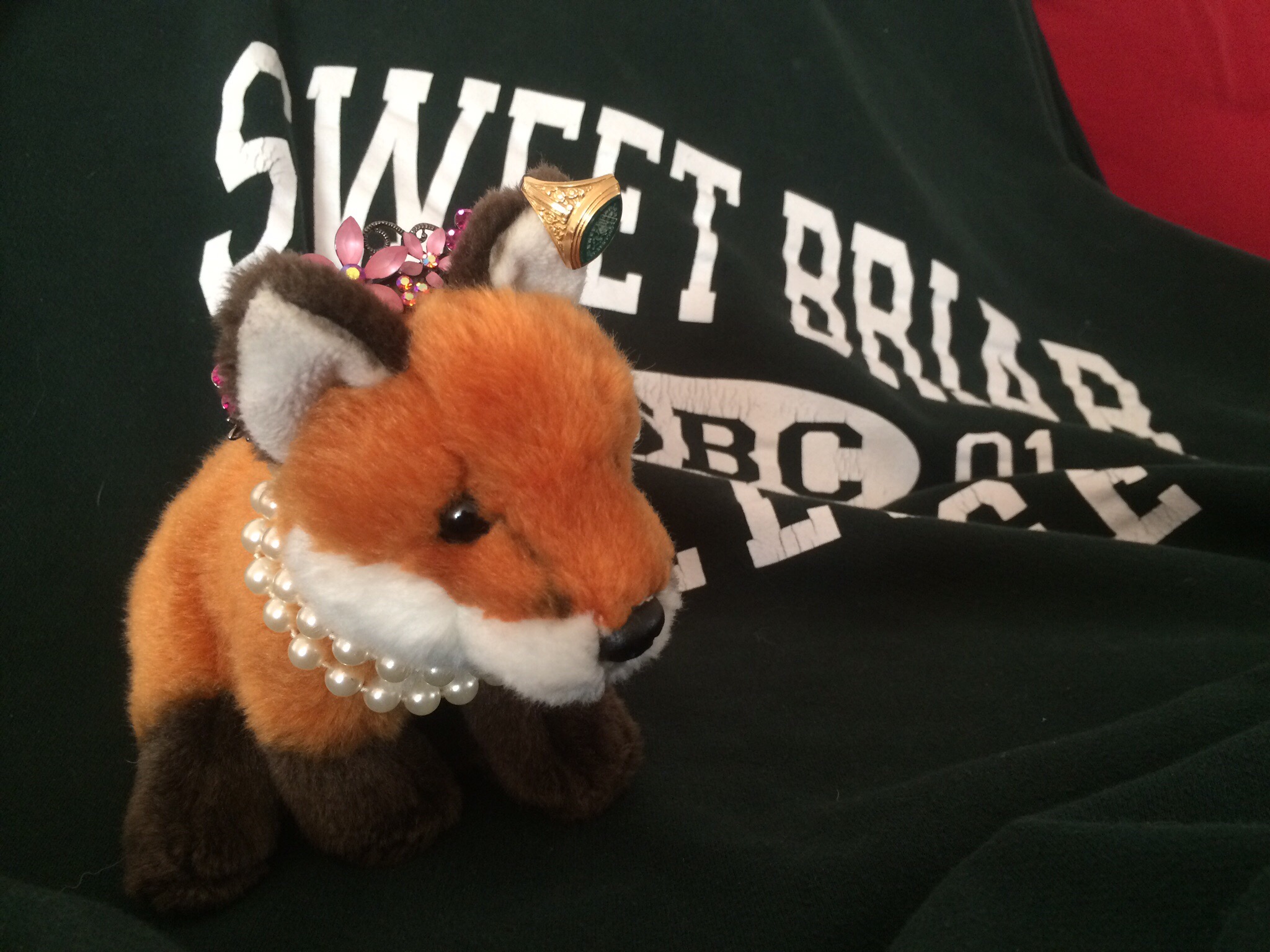 Sweet Briar is so much more than those labels.  Like so many of my fellow alumnae, I never thought that I would end up at Sweet Briar, or at any women’s college.  I wasn’t “girly”.  I liked boys.  I was a liberal and distanced myself from anything with the label of “southern”.  I was a bright, hardworking kid, and I wanted to put an impressive (possibly Ivy League) name on my CV.  I also didn’t have a lot to spend on college.  When I first heard of Sweet Briar, I dismissed it completely, even though my best friend had fallen in love with it.  I was not interested.  It was not what I wanted.

And yet … the more I learned, the more it was.  The photos of the campus in the brochures were stunning.  There was a thriving equestrian program where I would be able to get actual college credit for my passion.  The class sizes were small.  And, they really seemed to want me there.  From there, more than anywhere else, I was contacted — by alumnae, current students, admissions staff.  I was courted.  I went to visit, and (like so many of my fellow alumnae) THAT was the moment when everything changed.  The campus was stunning — like something from a movie.  The students were friendly — not just to me, but to each other.  The students and the staff chatted together like friends in the cafeteria.  The classes were small … and intimidating, but for all of the right reasons.  The professors asked questions AND THERE WAS NOWHERE TO HIDE.  I saw girls — women — step up and speak out in a way I had never seen before, confidently, respectfully and passionately.  I was impressed and a little awed.  And, suddenly, I was seriously considering a women’s college.

I applied to Sweet Briar, but I was never one for half-measures — I also applied (and was accepted to) 10 other schools.  To most, I got significant scholarships.  There was at least one school on that list that I was sure I was going to attend.  It had everything I wanted.  But then I went to visit, and no matter what my head told me, my heart compared every bit of it to Sweet Briar, and it came up lacking in every way except for its name recognition.  As for Sweet Briar, the financial aid and scholarships they offered were impressive, but not enough.  I was surprised to feel so sad when I called my admissions counsellor to tell her that I couldn’t even consider coming because of finances.  And I was beyond amazed when she called me back with a better offer.   In the end, I narrowed my choices down to 2 — both women’s colleges — and no one was more surprised than I was.  I let my heart decide, and it chose Sweet Briar.  It was one of the best choices I ever made.

It’s not that every moment was perfection.  I had times when I questioned my decision (including a big part of my sophomore year when I seriously considered transferring elsewhere), but the good parts were so worth the struggles.  The students really were kind and welcoming.  The classes really were tiny and rigorous.  The professors really did get to know you — I saw them in the cafeteria, out on walks around campus, and went to dinner at their homes (and if you missed a class they’d call to see how you were doing).  The campus really was picture-postcard perfect all the time.  I really did get to ride for course credit.  The traditions, which seemed odd and a bit antiquated at first, became precious to me, and included me in a long line of brave, intelligent women who had come before me.  I made some amazing friends, and I became one of those thoughtful, confident, educated women who didn’t hesitate to open her mouth and speak her mind.  I loved my college years and I value my Sweet Briar education tremendously.  I have no doubt that I made the right choice, and given the opportunity, I would go back and do it all over again.

But that was almost 20 years ago.

Last Tuesday, seemingly out of the blue, the President of the college announced that the Board of Directors had voted unanimously to close the school, effective late August of this year.  Just like that, this place I hold so dear was dying.  I’d had no clue this was even up for consideration.  The powerful and passionate alumnae network had not been told that there were dire straits.  We were all taken completely by surprise by the announcement, which was put to us as a done deal.  Apparently the college’s enrollment and financials had been on a downward trajectory for years, and, according to the president (sorry — interim president, who has been on the job only 6 months), there was no way to recover.  The school was doomed and the decision had been made to bow out gracefully while the going was still good, leaving students to find another place to finish their education (or even to start it, as acceptance letters for next fall had already gone out), and leaving faculty and staff facing impending unemployment (and in some cases with losing their homes).  I felt as if I were losing a close friend, someone I didn’t even know was ailing.  It was like a bomb went off in my brain.  I was devastated, shocked, confused and angry.

But, here’s the thing.  Remember those confident, intelligent, outspoken women who knocked my socks off when I came to visit the school?  Sweet Briar has been turning us out for DECADES.  And within a day, the shock and tears had made way for outrage and determination.  We’re not ready to say goodbye.  There are thousands of strong, capable women out there who love Sweet Briar, and we’re willing to fight to keep her alive.  There is work to be done, there are questions to be asked, and there are sisters to be helped.  This is what we DO.  This is who Sweet Briar trained us to BE.  This is not where this story ends.