There are 10 principles of learning at B’s school, attributes said to be sought after and valued in the International Baccalaureate program.  When the kids demonstrate one of these attributes during their school day, B’s teacher gives out armbands.  B had gotten armbands for being a risk-taker (for trying something at lunch that he’d never had before), for being caring (for looking after a classmate who was having a rough day), for being a thinker (for making connections between a lesson in class and his life at home) and many other things.  It’s a great bit of positive reinforcement, and I’m impressed at how well these paper bands motivate the kids.  B is so proud when he brings one home, and I’ve seen the kids clamoring to get credit for one when I go into B’s class.  To B, at least, the most coveted of all the bands is the “action” band, awarded for demonstrating learning at home, specifically learning related to the unit of study.  The kids can get an “action” band for bringing in a book related to a subject of study, for doing an art project related to what they’re learning at school, or bringing in a related item that they found at home.  (It’s basically an “extra credit” assignment, and it’s very open ended.) 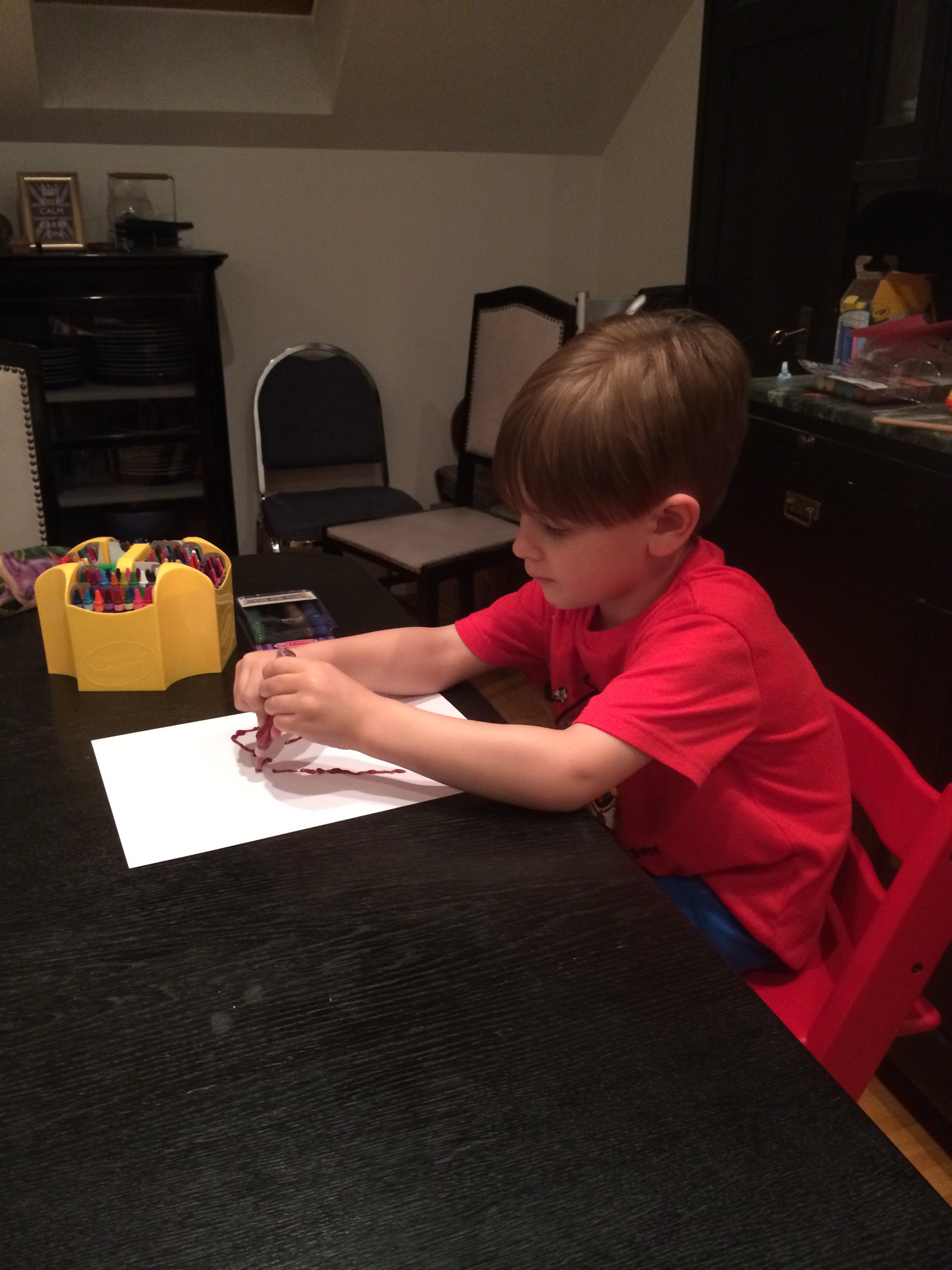 Back in October, B had been very envious of the “action” bands the other kids had gotten and so he decided, entirely on his own, to make a glitter-glue drawing of the circulatory and respiratory systems, because that’s what they’d been studying in class.  The first few days after he’d decided, he forgot to actually do it, but he eventually sat down with his glitter glue and paper and made a lovely picture of the heart, lungs, veins and arteries.  He was so proud, and I knew his teacher was going to like it.  I was so proud of him.  He had conceived of and executed the entire thing on his own.  It was a perfect choice of an activity to get an “action” band. 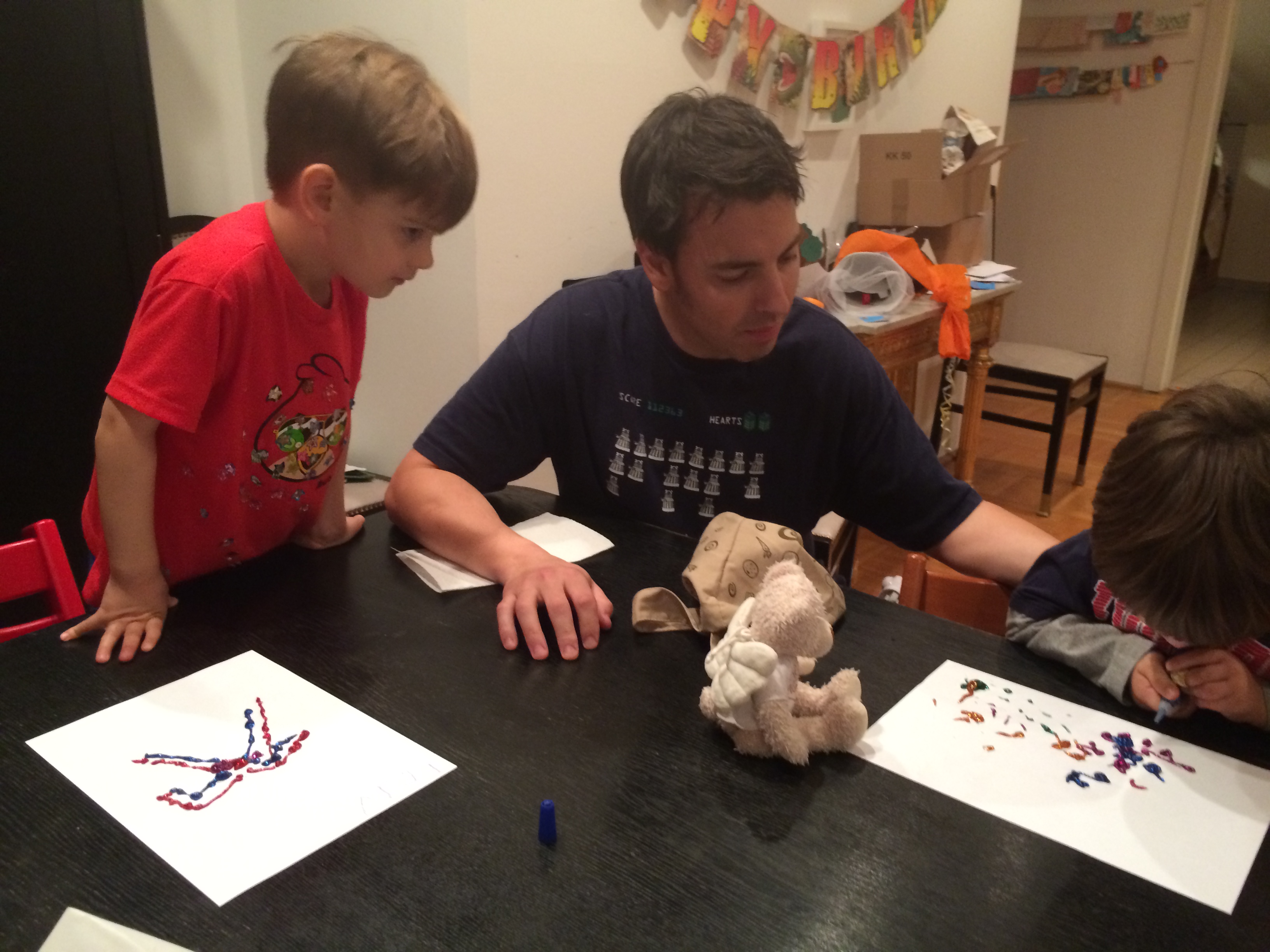 He had his heart set on taking it to school the next morning.  After he’d gone to bed, I checked on it, and it was still quite wet, so, wanting to help him out, I moved his artwork to another spot, close to the fan, hoping to help it dry by morning.  And, in so doing, I smeared the whole thing.  I was horrified.  I tried to fix it with a toothpick, attempting to push the globs of pink, gold, red and blue glitter back to their original spots, but it was no use.  It was ruined.  I cried.

When B got up the next morning, I explained it to him, and he was disappointed, but surprisingly understanding.  I felt terrible.  I suggested that he could take it in anyway, 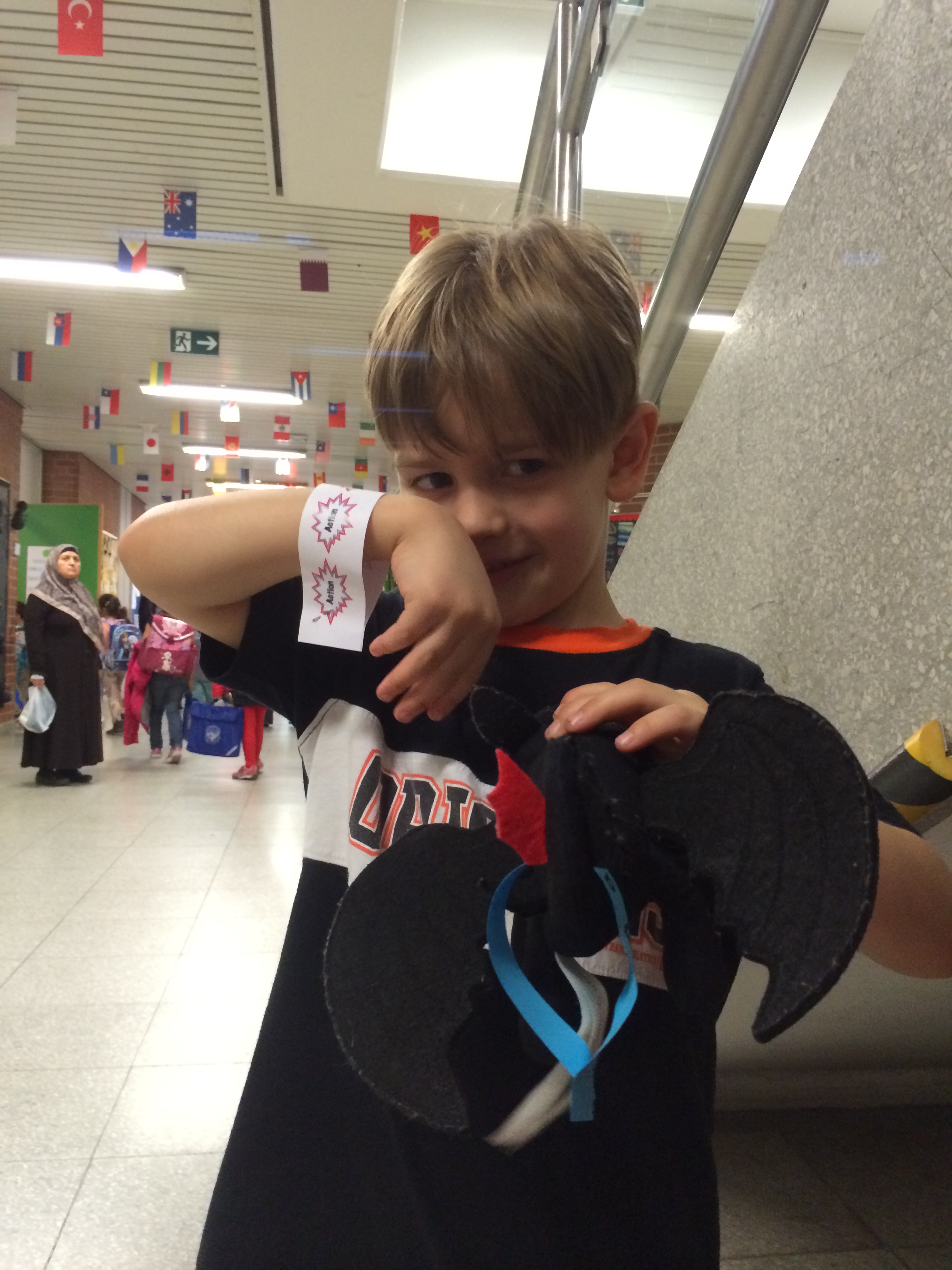 and explain to his teacher what had happened, or that I could go in with him and explain it, but he didn’t want to.  He wanted it to be right.  So, instead, he came home that day and started over.  He took just as much time and care making it for the second time.  And I left it completely alone while it dried.

He took it to school the day after, and got an action band for his work.  He was absolutely proud of it, and I was profoundly impressed by his work and determination … and by his ability to forgive my well-intentioned mistake.