Today was our “drive around and explore” day for this trip.  After yesterday’s snow, we weren’t sure we’d be able to make it work, but by breakfast time this morning, the roads were clear, and by the time we were ready to go, all of the snow on the south-facing slopes was pretty well melted.  The skies were forecasted to be clear and the temperatures in the low forties, so we decided to go for it. 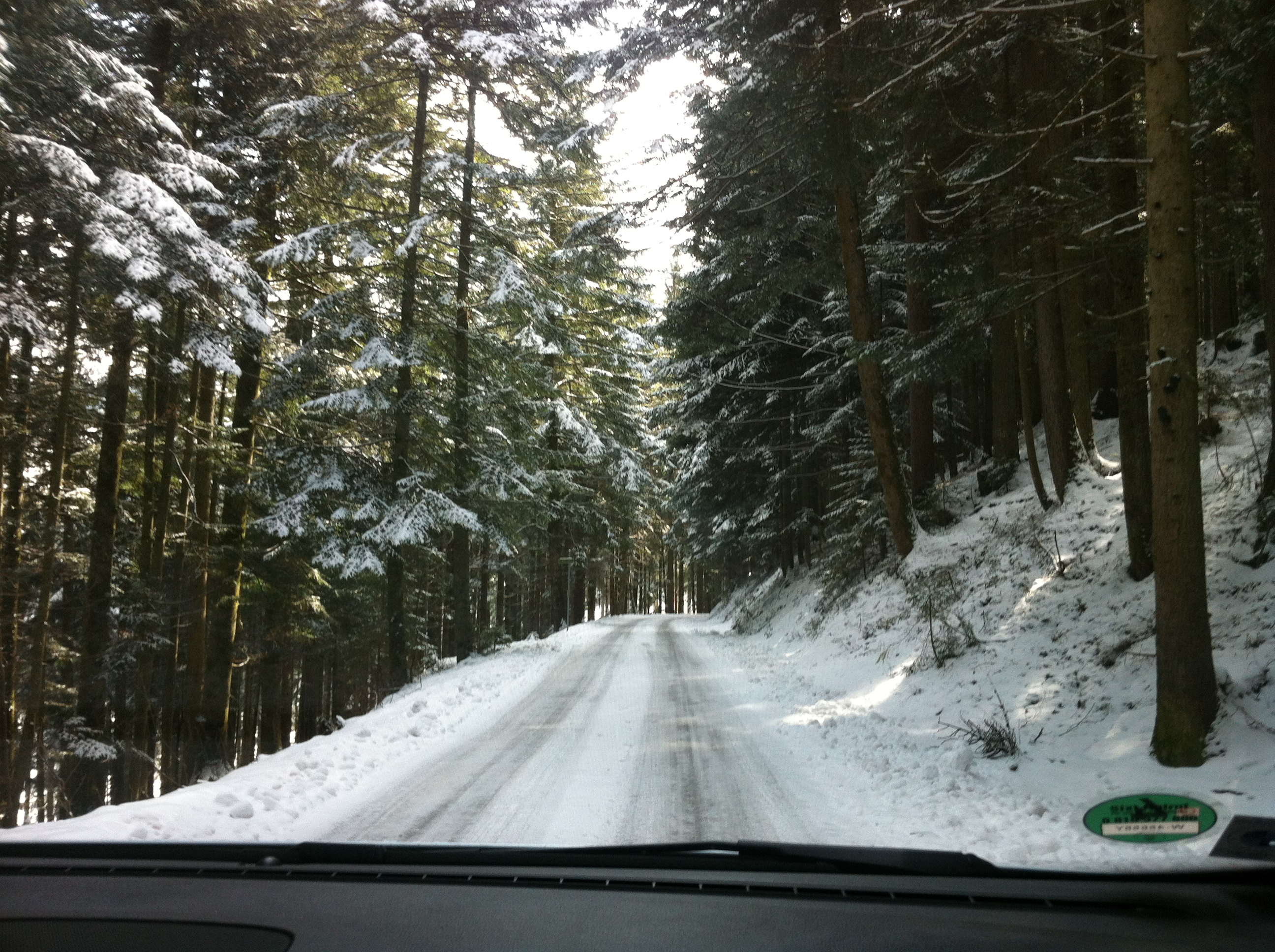 After an excellent (if cloudy) adventure investigating a nearby mountain (Trattberg) on our trip last fall, Dan voted to start there again today.  We had to go *up* to get there, but that didn’t turn out to be nearly as much of an issue as it was that we had to ascend on the north-facing side of the mountain.  We literally turned a corner and went from clear, dry pavement to snow-covered road bordered by snow-encrusted trees standing in knee-deep snow.  We were surrounded by lots and lots of snow.  Snow.  Everywhere.  We didn’t continue with that plan.  (Especially once we realized the summit was another 800 meters above us on an unsheltered peak.  I have no doubt that the road to the top was not open, and I guarantee our rental minivan, even with manual transmission and snow tires, could not have made it much further than where we turned around.) 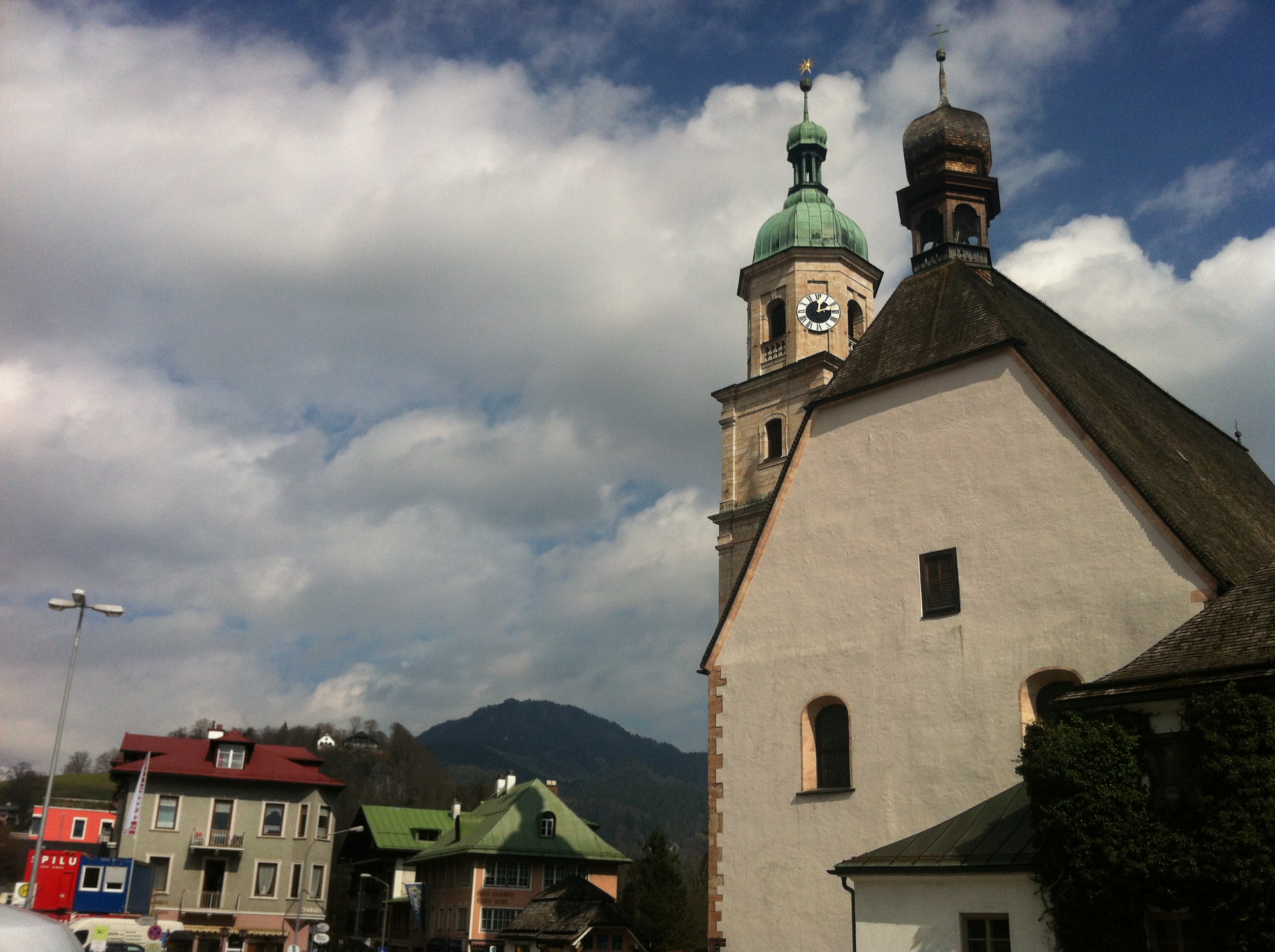 So, we went to our backup plan, which was taking a quick trip across the border into Germany.  It was only about a 20 minute trip, even from our mountainous detour.  We were nearly there when it occurred to me that none of us (except Jo, who I guess is still a responsible American) had our passports with us.  Not just “not with us in the car”, but “not with us on the trip at all”.  My mental response was simply, “Oops!  Well, whatever.”  (Now THAT is certainly something I never could have imagined I would think when about to cross an international border with my family.) 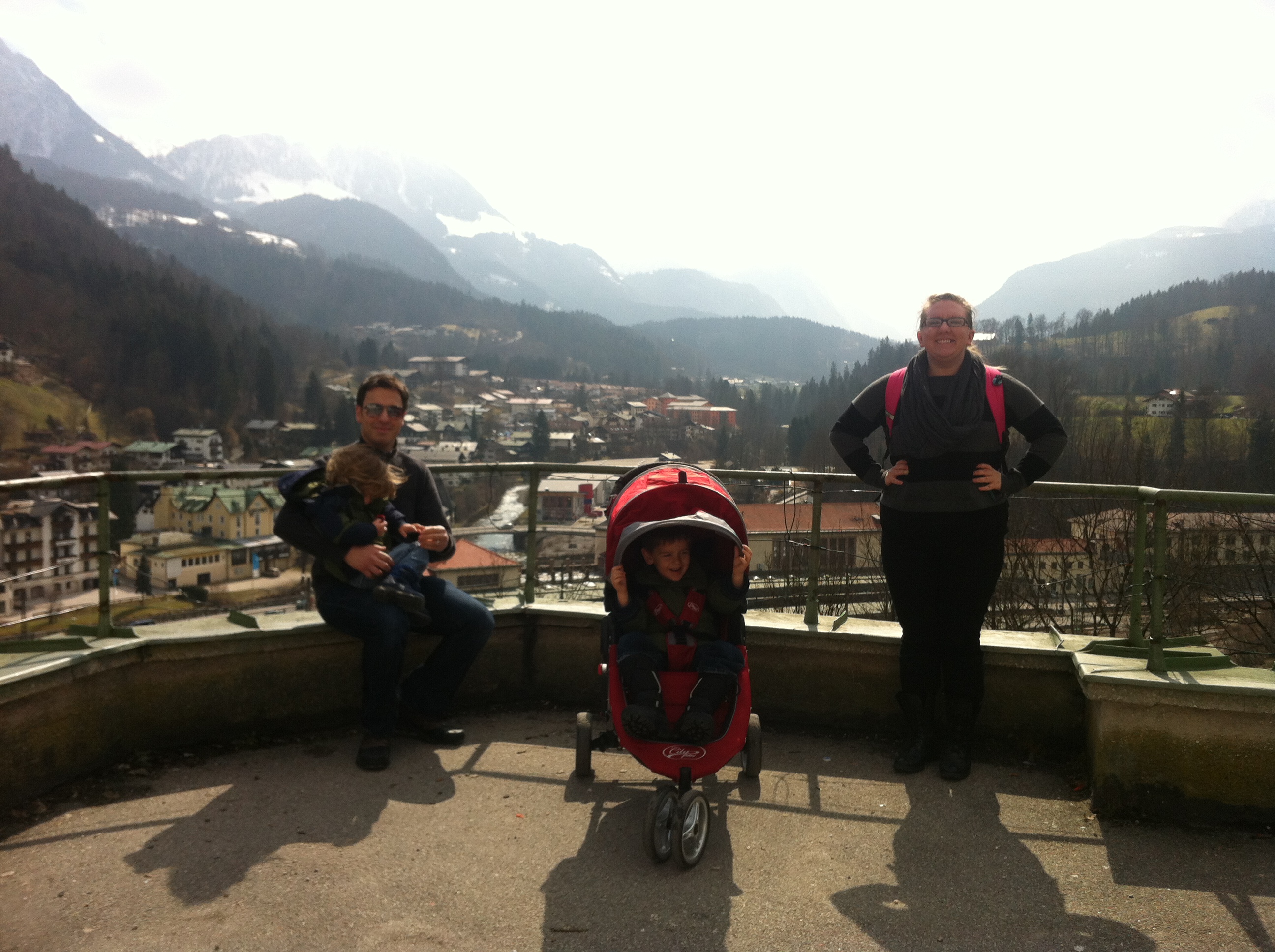 Driving into Germany, we were thrilled by the beauty of our surroundings.  The water in the river was so clear we could see every rock at the bottom.  The mountain peaks were hugely impressive and beautifully snow-covered (and, thankfully, we weren’t driving up them).  Each corner we turned was lovelier than the last.  We drove happily along until we found the very cute (and infamous, for being the location of Hitler’s “Eagle’s Nest”) town of Berchtesgaden. 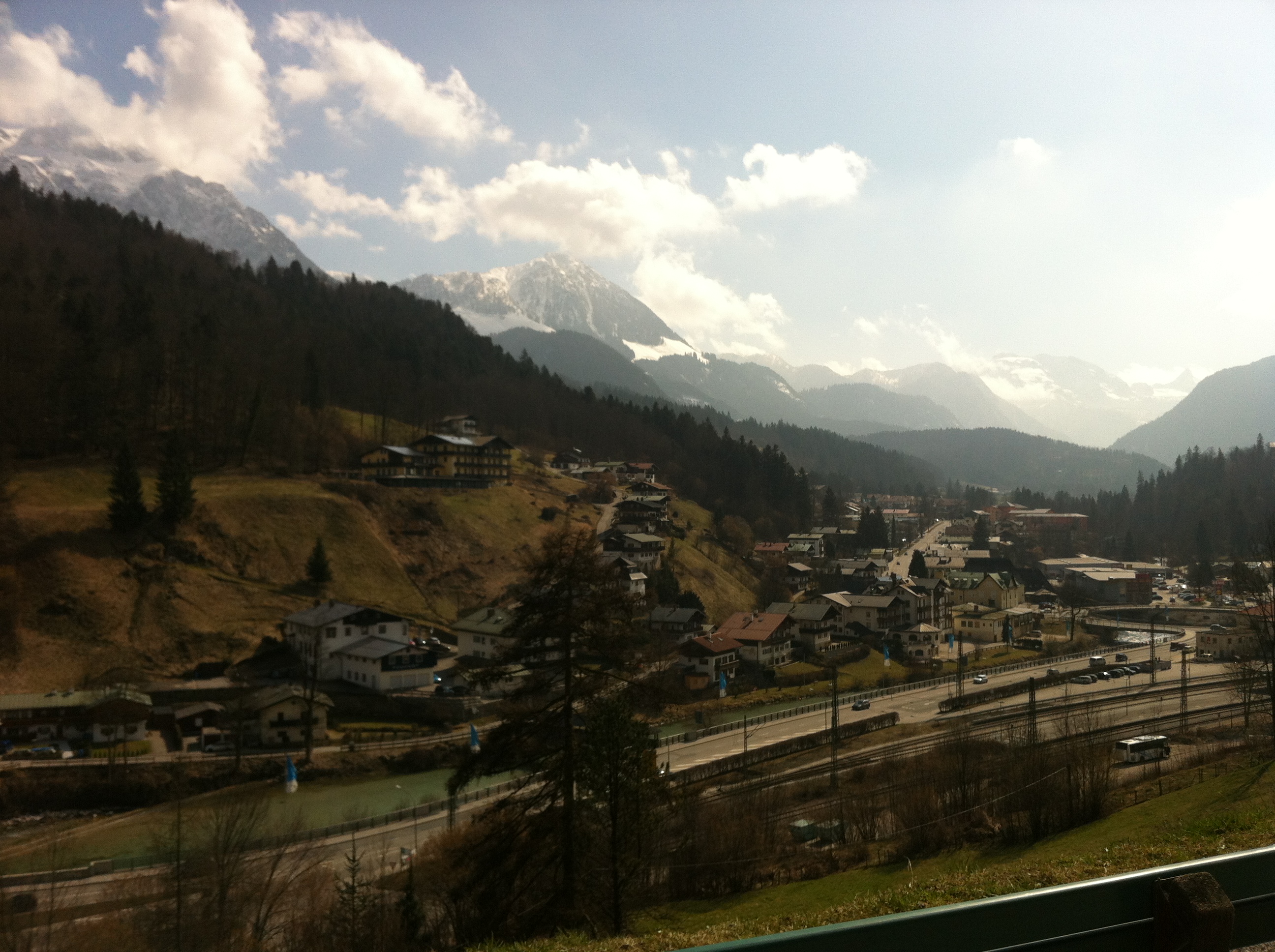 We wanted to look around, so we found a spot to park (outside of the Brot u. Speck, or “Bread & Bacon” shop, which totally won me over) and wandered around a bit.  We found some lunch and a nice picnic spot, had an apple strudel, bought some postcards and admired the view.  It was a lovely afternoon in a little German town.

And that was it.  Our adventure for the day was a lovely excursion to Germany for lunch.  Just a routine part of our vacation in the Alps. 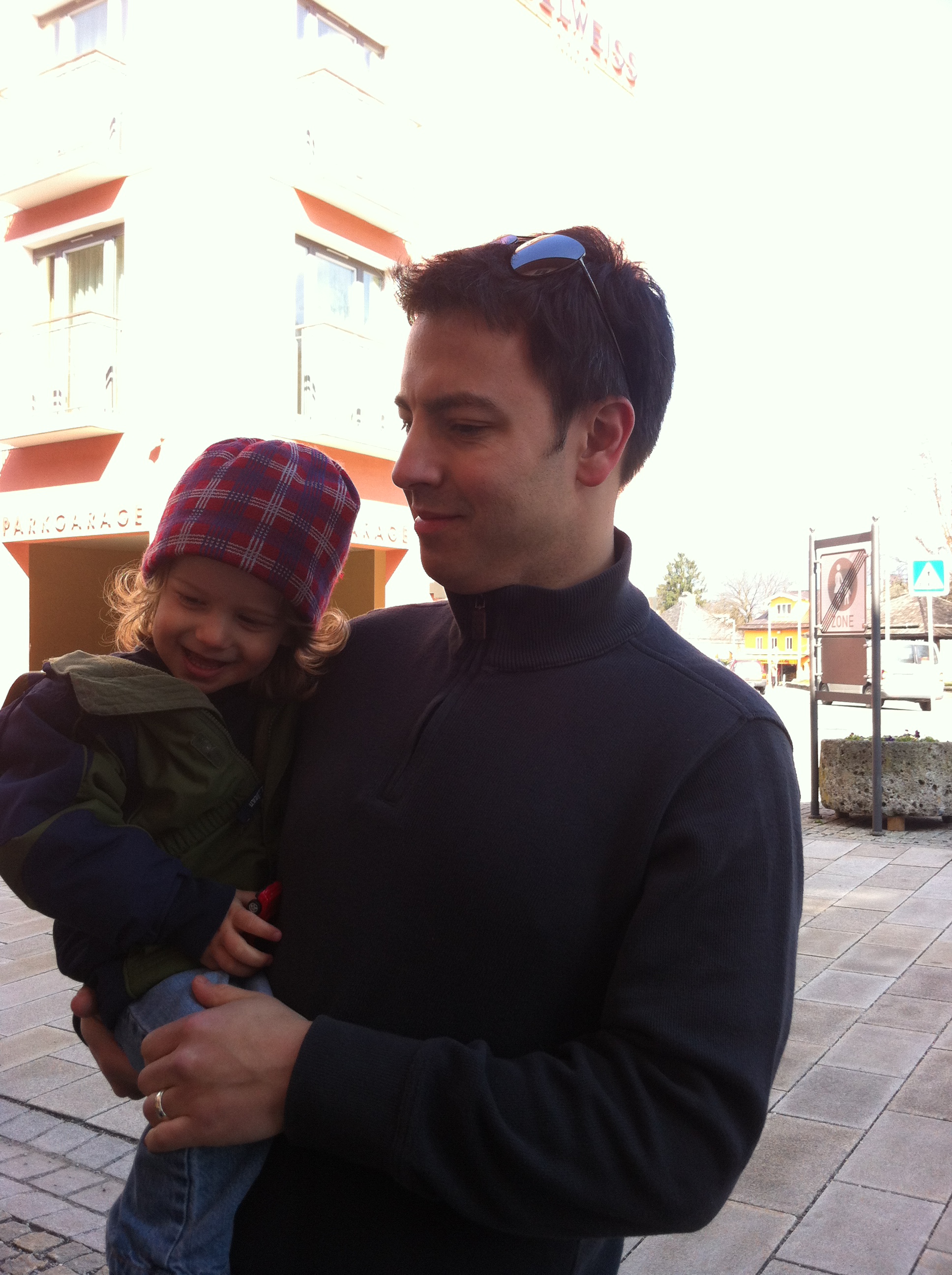 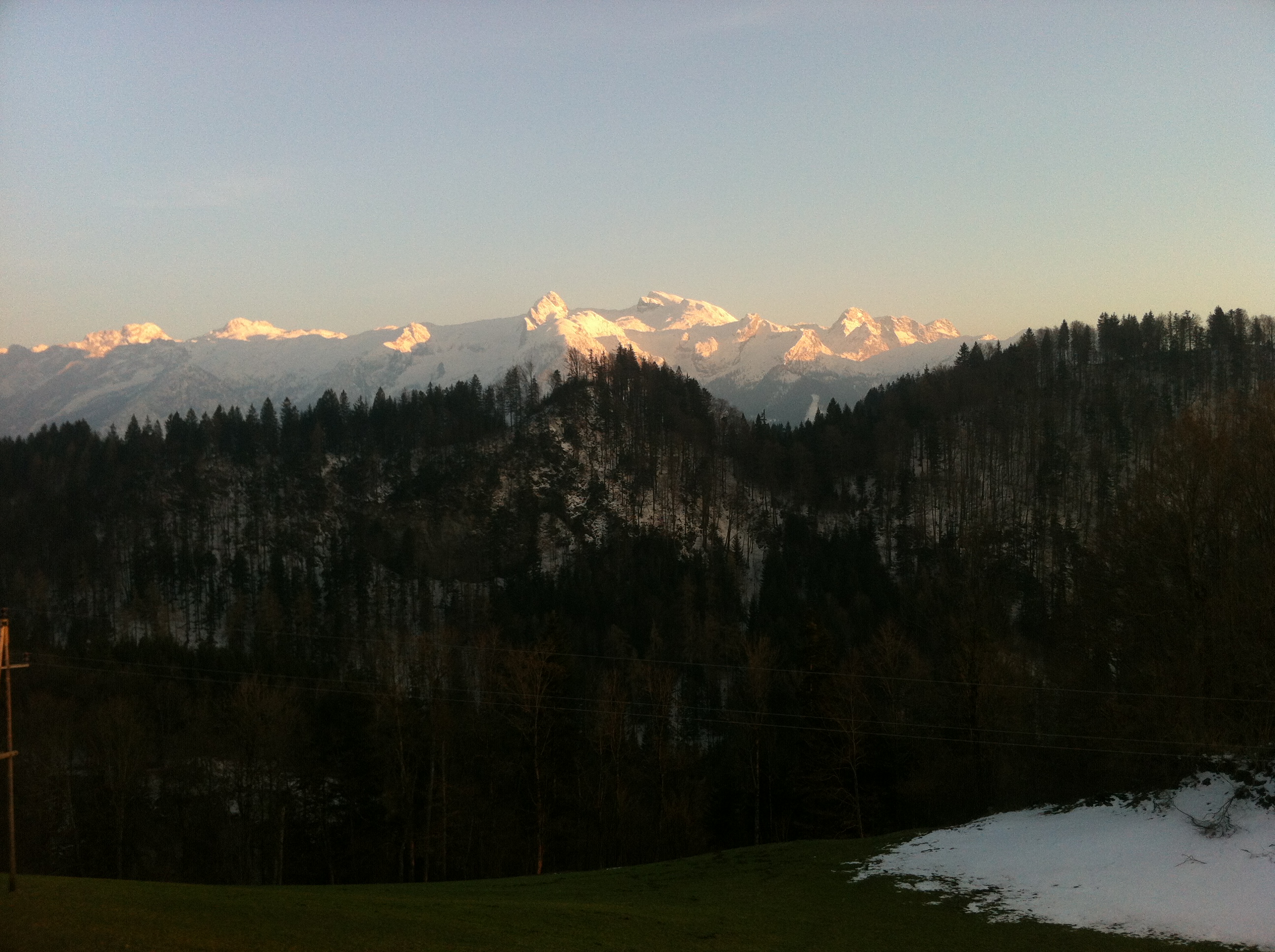