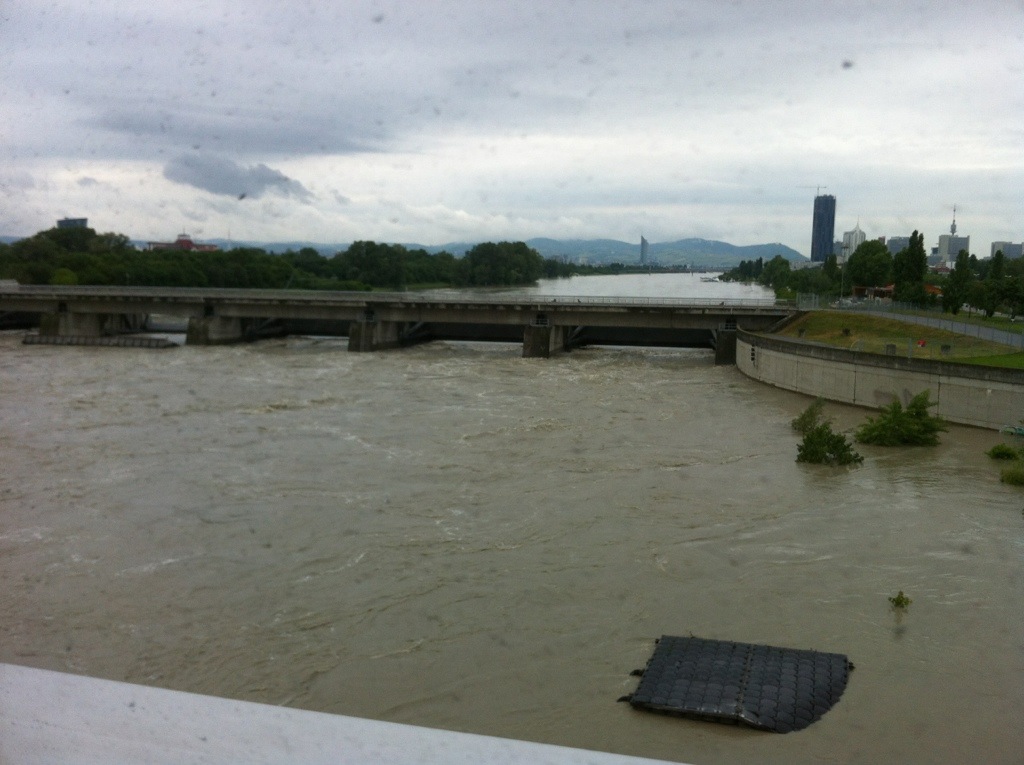 New Danube, churning water and some kind of debris . . .

Although we’re having our sixth straight day of rain in Vienna (which is unusual), we’ve been spared from the massive, devastating flooding that other parts of Austria and much of central Europe are suffering through.  I’m not entirely sure why it’s not so bad here — being further downstream on the Danube, I would have thought we’d get the same water, just later.  But there doesn’t seem to be any panic about potential flooding in Vienna.  I’m grateful, especially because our home is on the opposite side of the Danube from both Dan’s work and B’s school. 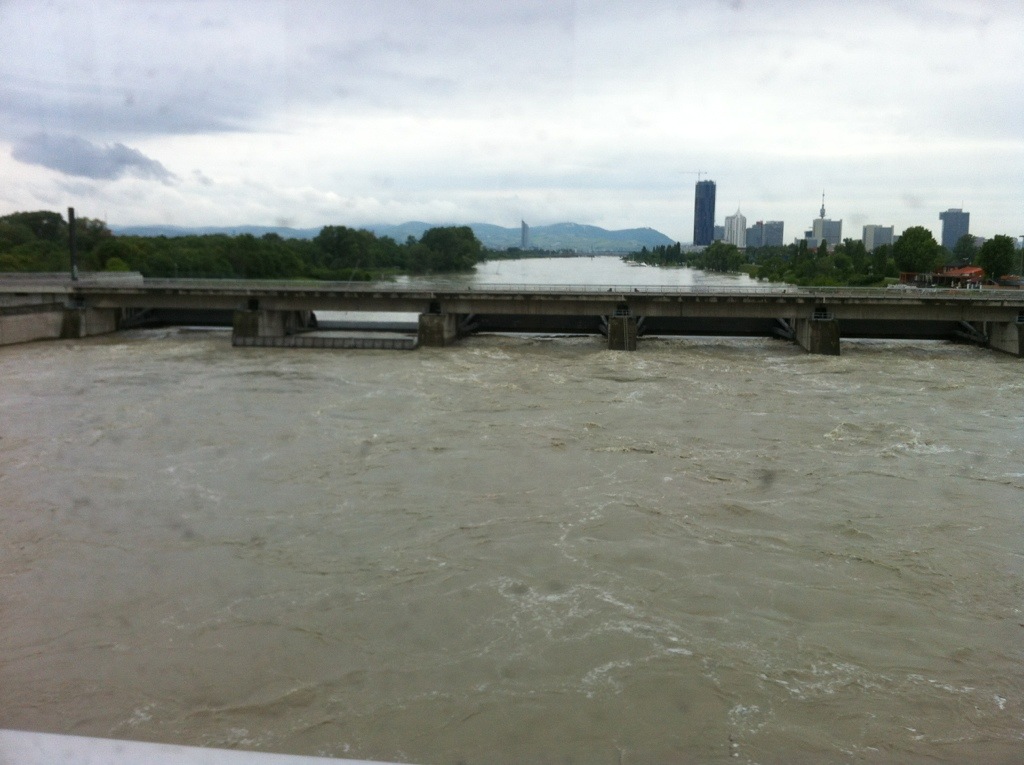 Sadly, many beautiful places that we have visited in Austria and Bavaria — including Salzburg and nearly the entire course of our cycling trip along the Danube — are being profoundly impacted by these floods.  It’s sad to think of these places being damaged by the floods, and heartbreaking to think of the struggles that the people in these areas are enduring. 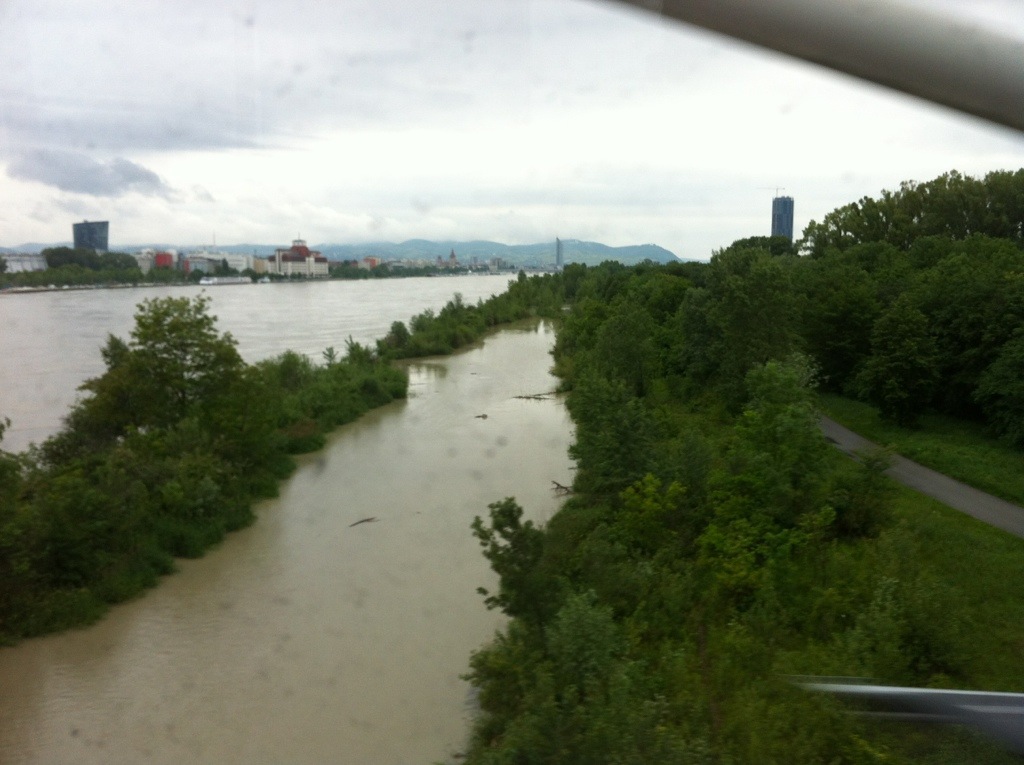 Today was my first trip across the Danube since the rains started and the water levels rose.  Given that flooding does not seem to be a great concern in Vienna, I was surprised to see how swollen and raging the Danube and the Donaukanal are today.  There is a lot of water moving through there right now, and it’s moving fast.  The Danube, always imposing, looks unquestionably deadly today.  The water is brown and churning, the trees along the shoreline are mostly submerged, and I saw a massive piece of some kind of debris in the water.  The gates that control the flow of the water on the New Danube were completely open today, and I saw some kind of metal barrier I hadn’t seen before out there, too.  Stopping by the canal on the way home from dropping B at school, I noticed that the stairs leading down to the water, usually unappealing and slippery looking, are mostly underwater now — the water level, usually 4 or 5 feet below the level of the edge of the promenade, is now only about 5 steps down.  If they say there isn’t concern about Vienna flooding, I believe them, but it looks to me like we probably got pretty close. 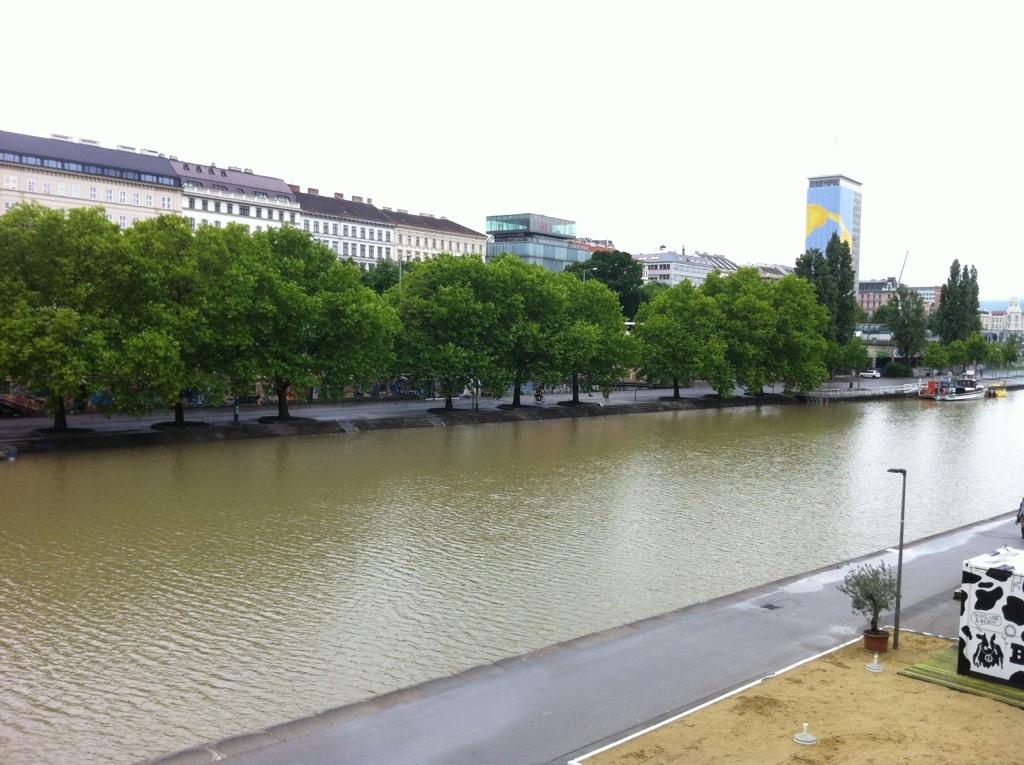 Donaukanal — the distance from the promenade to the water is usually several feet, not several steps 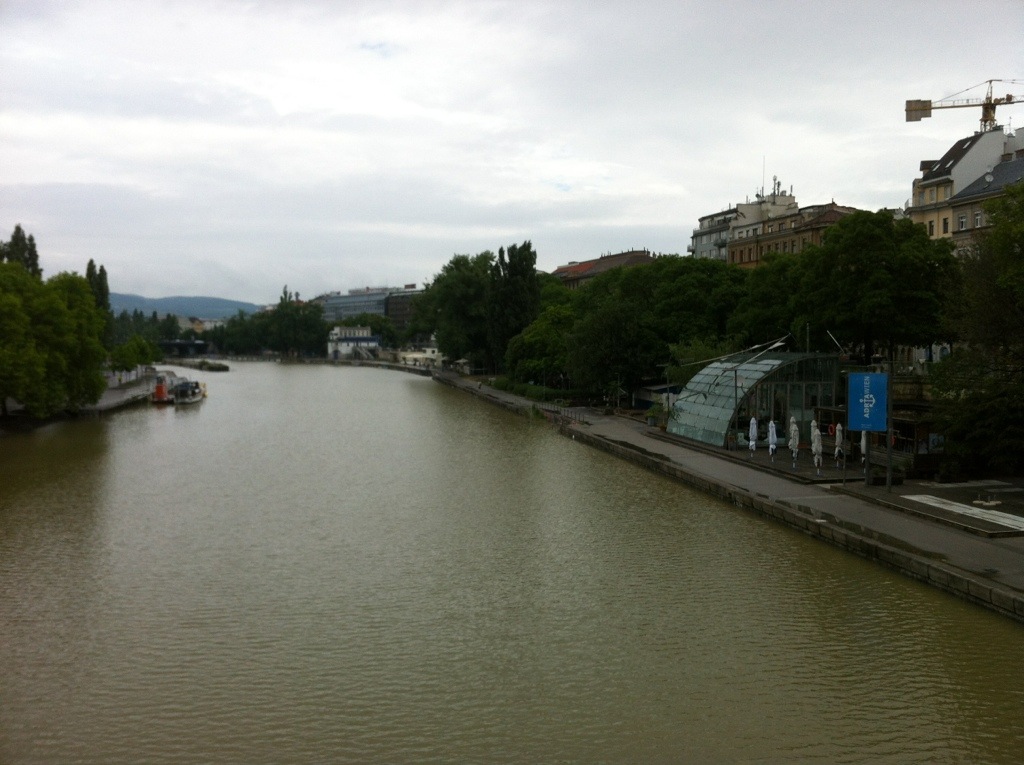