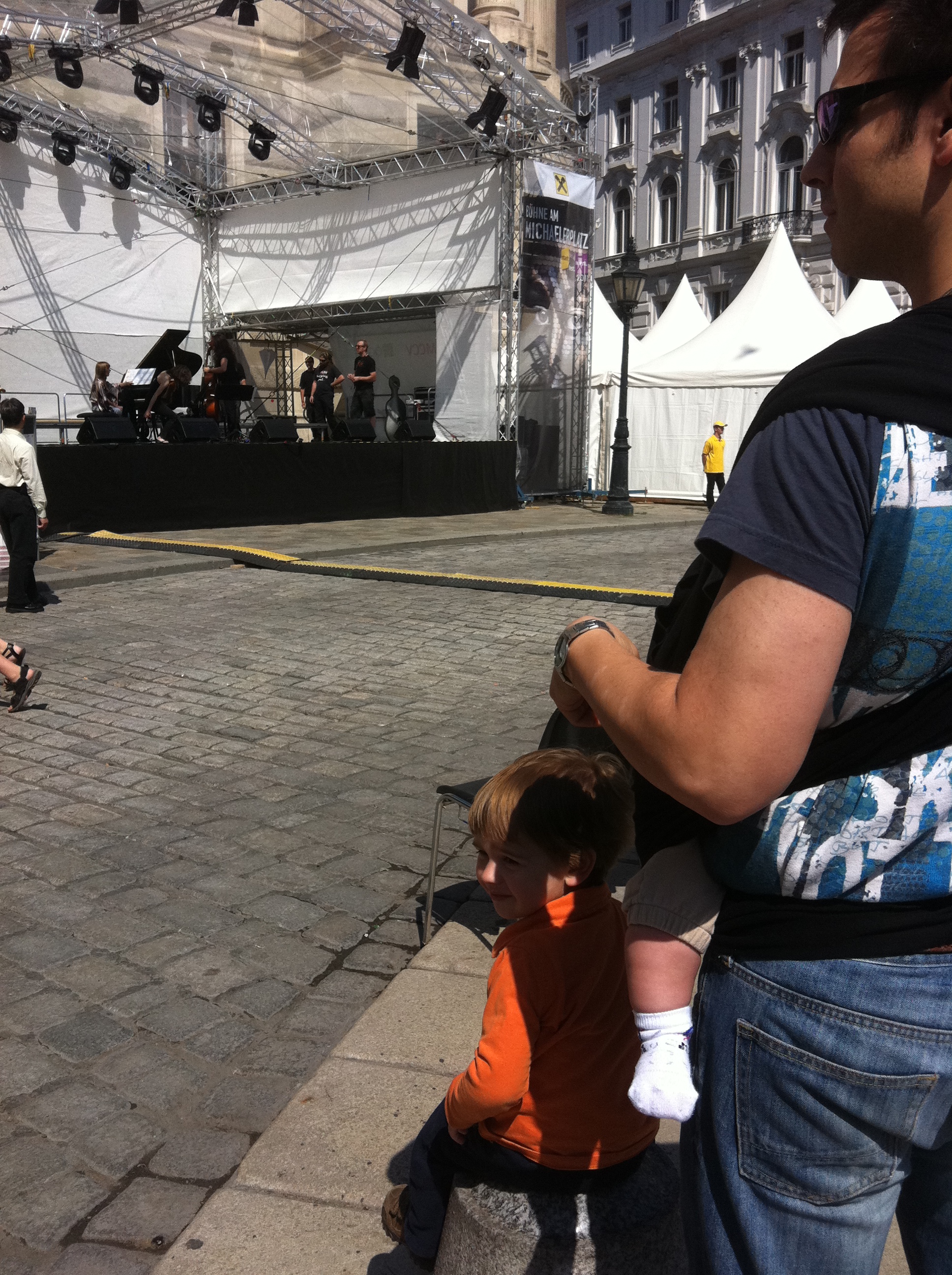 We went out this morning for coffee and breakfast, which is fast becoming a weekly tradition here.  After a rainy couple of days, today was beautiful:  sunny and cool, so we decided to walk “the long way” for breakfast (i.e., a 10 minute walk instead of 2) and we came upon the Stadt Fest Wein (Vienna City Festival) at the Hofburg.

It’s really a bonus to just happen upon things like that — and it seems to happen to us all the time, here.  Not only is it just a nice addition to a morning walk, but it also takes the pressure off — we didn’t make any particular effort to attend the festival, so we don’t feel like we have to stay a certain amount of time, or see a particular number of things.  We can just really be “in the moment”, enjoying ourselves, and go when it’s time.  It’s really liberating, and it works great with two little kids. 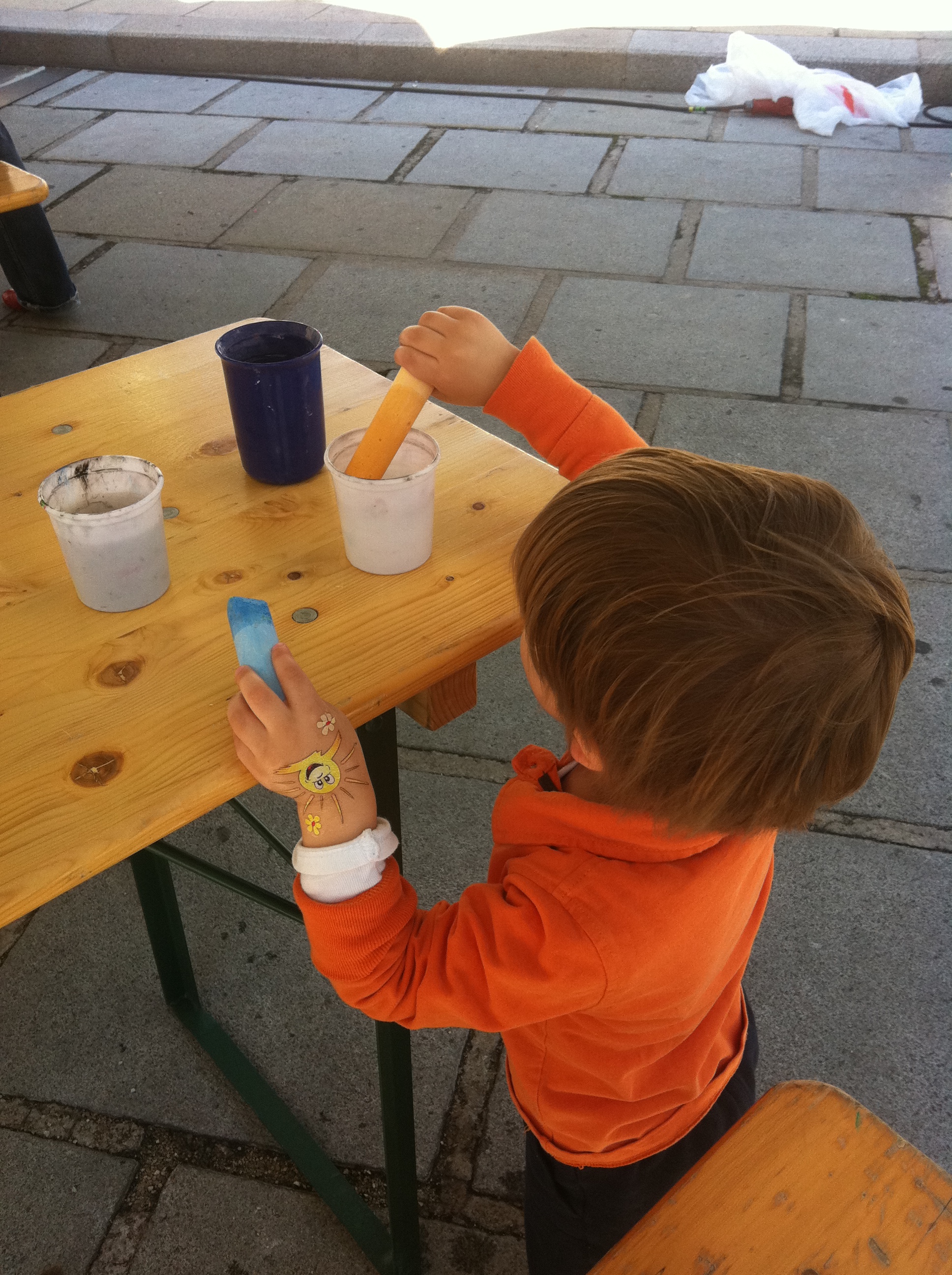 When we came upon the festival at Michaelsplatz today, there was a three piece musical ensemble (piano, violin, cello) tuning and warming up on stage.  Dan & I had intended to pass by and see what was going on at the heart of the festival, but Benjamin was captivated (Liam was asleep).  Benjamin loved the sound of the music, and he wanted to stay and watch.  So, we did.  He danced a bit, and then he wanted to find a seat, so we sat and watched.  They warmed up with short pieces of songs (mostly tangos) and Benjamin clapped after each one, and made sure that I joined him.  Since it was early, and they were just warming up, we got front row seats to watch.  It was an amazing thing to just “come across”, and such a great experience for him to be able to have — not only did he get to

enjoy the music, but he got to do it on his own terms:  we sat where he wanted, we stayed as long as he wanted, and when he’d had enough (just as they got started in earnest) we left.  That’s a rare experience for a 2 year old.

We wandered through the next section of the festival (Benjamin did some coloring, after helping set up, at an arts-and-crafts tent and turned down an offer to have his face painted) but then it was nap time, so we headed home.  Of course, it’s just down the street, so after nap and lunch time, we were able to go back.  (The festival was winding down by this point, but we did get to explore a bit, and we ended with a walk and some play time in the Hofburg Volksgarten.)  And Benjamin had his first ever ice cream cone.

And that’s a Sunday for us.  It’s pretty great.