We were out, first thing this morning, to pick up some medicine for Liam’s (now infected) eye.  It’s rare that I’m up and out with the kids before 9:30/10:00-ish without Dan, but we had been to the apothecary and were done with our errand before 9:00 this morning.  We stopped by Benjamin’s favorite fountain, which is right outside the store, and then I asked him (because I had no other immediate plans) what he’d like to do next.

“Ice cream!”  Well, I wasn’t sure if you could get ice cream in Vienna at 9:00 a.m. on a Wednesday, but why not give it a try?  (It turns out you can’t, although, frustratingly, the shops are open, they just aren’t serving ice cream.)  Unsuccessful, but no less enthusiastic, we decided to stop for a coffee (for me) and a cookie (for Benjamin;  poor Liam got nothing).  It was lovely to be out for a leisurely walk, but the day was already getting hot, so I decided to wander towards home.

On the way, we walked within a block of the stables for the Lippizaner horses at the Spanish Riding School, so I asked Benjamin if he wanted to see the horses or go home, and he wanted to see the horses.  He loves to peer through the windows of the stable for a peek of a horse sticking his head out of the stall, or someone doing chores.  We were very lucky this morning — they must do most of the cleaning chores in the morning, because there was more activity around the stables than we had ever seen before.  Stalls were being mucked, hay was being moved around, the courtyard was being swept, there was a tractor, too!  We even saw a horse being taken out of his stall and taken into the interior of the barn. 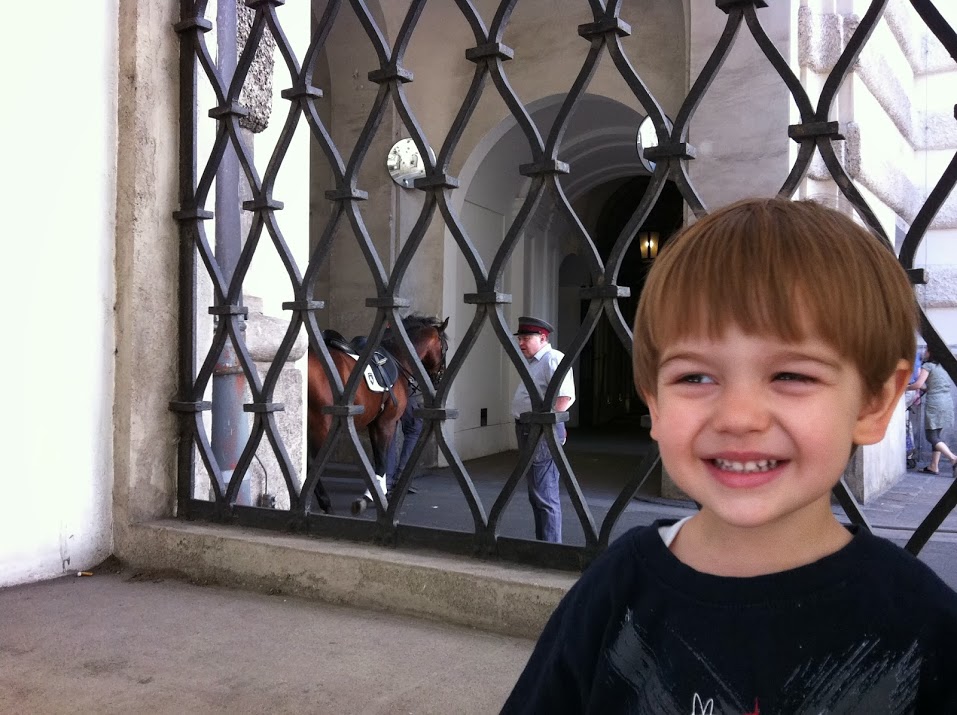 We stayed for a little while, and then things started to settle down, so we prepared to leave.  I’m so glad we didn’t.  Just a moment later, Benjamin gasped and pointed, and I turned and looked — the horses were being brought out of their stalls and across the courtyard.  They continued through the door to the stable, though the little alcove where we were standing, across the street (where traffic had been halted) and into their performance hall.  They passed within a few feet of where we were standing, in a parade.  They were all groomed and tacked and ready to perform (or practice, I don’t actually know which).  They disappeared into the hall across the street and traffic began again. 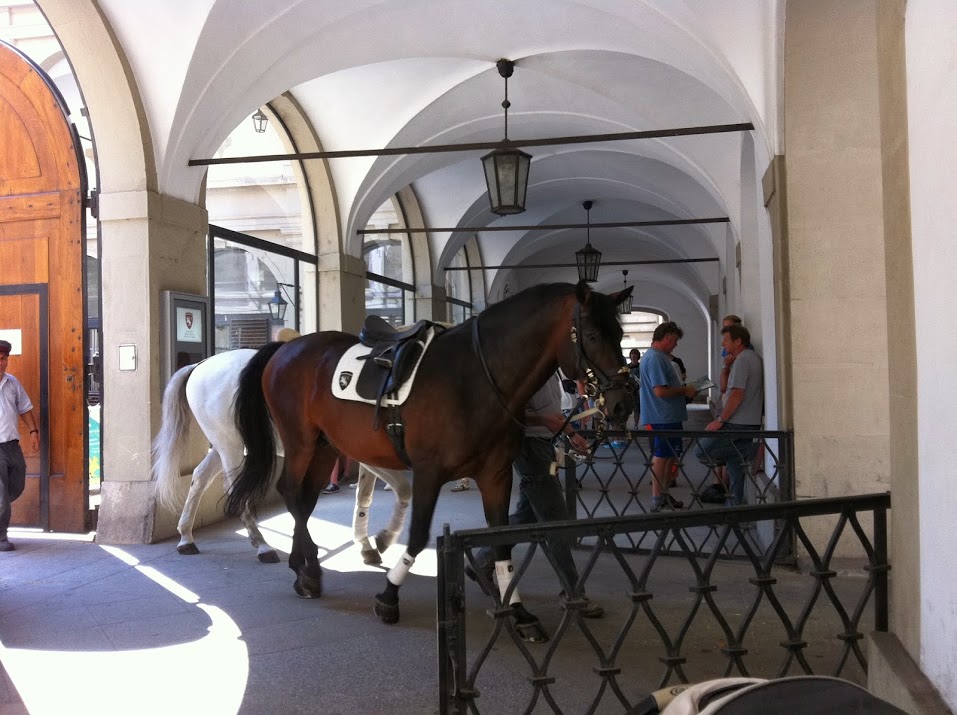 This definitely has to go on my list of favorite moments so far in Vienna.  I’ve seen the Lippizaners perform (once in the US and once here in Vienna when I came last year to visit Dan) but it was wonderful to have them so close, and more so for it to be such a surprise.  They were only there a moment, but there were only a few people standing in the entry to the stable as they came through — it was a very special experience.  I don’t know how many days a week this might happen, but I will do my best, in the future, to find myself outside of the door of the stable around 10:00 on Wednesday mornings, at least.