Faschingsfest is one of those things that was entirely new to us when we got here.  If you’re not from this part of the world, you most likely have no idea what Faschingsfest is (I even had one friend who thought, when she read it on my blog, that I was swearing particularly colorfully).  It is the German name for a Carnivale or Mardi Gras celebration.  It’s much more common and widespread here, but significantly less . . . rowdy . . . than a typical American Mardi Gras celebration.  In fact, a lot of the celebration of Faschings is for children.

Since it was new to us when we arrived, it took us a while to “get” it.  I really had no idea what was expected in terms of celebrating Faschings.  I was told that kids dressed up in costumes — that it is a lot like Halloween back at home, but without trick-or-treating, and then everyone ate krapfen.  Yeah . . . it’s not really like that.

I mean, it IS, in that kids DO dress up in costumes.  But Faschings costumes are happy and bright, and not at all scary.  Every Faschings costume I’ve ever seen is also store-bought, and usually directly based on a TV show or popular character.  Butterflies, Spider-Man, pirates and princesses are very big (pirates were very, very popular this year), but ghosts and skeletons are a no go.  Our first year, we had no idea what to do, but B solved that problem by being sick and missing his class party.  Our second year, B dressed as an Ewok, which I thought would be perfect — cute, cuddly, not scary, suitably commercial and store-bought — ta da!  Nope, it was a bit to esoteric for his school.  The fact that no one knew exactly what he was made them look at us very oddly.  The following year, L insisted on wearing B’s old Ewok costume (even though I knew it wouldn’t be quite right) but B dressed as a Brazilian soccer player, which had the advantage of being recognizable and very popular among kids his age, but the detriment of not being very costume-like.  Still, we were getting close. 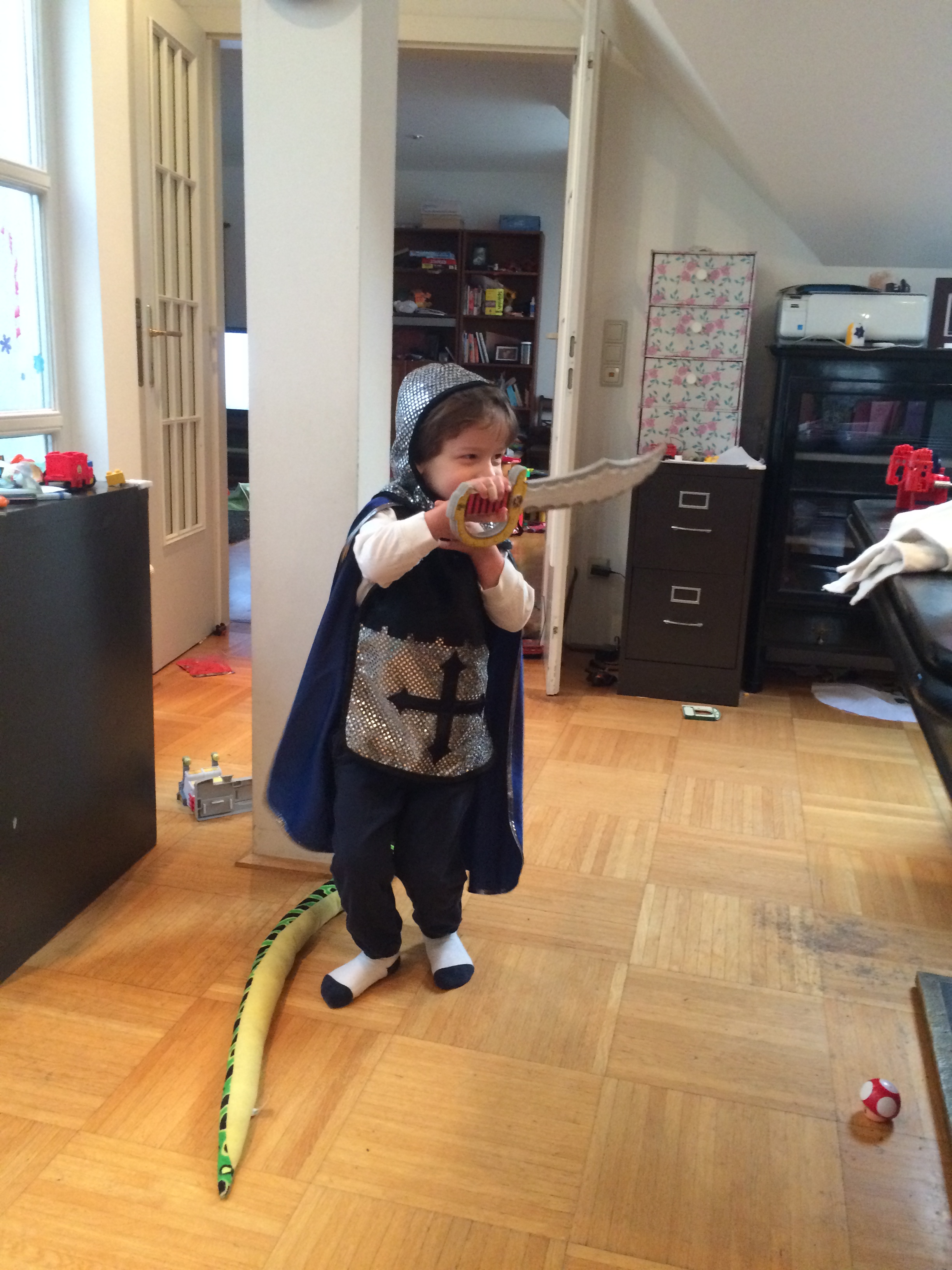 I think we got it this year.  B’s school, being an international school, and not an Austrian school, did not celebrate Faschings at all (nor did they celebrate Halloween, which was a bummer), but for his own class celebration, L dressed as a knight, and I think it was just right.  (He also brought a foam sword with him, and though we probably would have been severely chastised for bringing a “weapon” had we been in the US, it was not noteworthy here — when he got too enthusiastic with it, they simply put it away until it was time for him to go home.)

L was a charming and gallant knight for Faschings, and it seems that a good time was had by all.  It’s nice to not feel quite so much like a fish out of water when it comes to these things — it’s only taken us 4 years to catch on!