Yesterday evening, I took Benjamin out for some “B & Mommy” time.  I usually go out, twice a week, on my own, for an hour, to get a cup of coffee.  Lately, when I go, he’s been asking to go with me.  I’ve been planning to do more things, just he & I — now that he’s in school, it’s rare for us to spend some time together when I’m not also wrestling Liam.  So, yesterday, we went together.

We went to my usual Starbucks for “coffee” (I told him he could either have hot chocolate or warm milk).  I walked, he rode his bike.  He was so excited to go out in the dark on his bike, and to go with me to get coffee.  We had a really nice trip over, and when we were in line, and B was debating his options, he caught sight of the cookies in the case.  He decided that rather than warm milk or hot chocolate, he’d really rather have a cookie.  When it was our turn to order, I asked for his cookie, and the manager, who was standing beside us, leaned over the counter and whispered something to our order taker.  Then he turned to us, “I think, since yesterday was Halloween, we’re going to give you that cookie for free.”  Benjamin was pretty excited (even though he has no real financial stake in his cookie supply).  I thanked the manager, and so did Benjamin.  He replied, “No problem.  Besides, you’re in here almost every day.”

In my defence, I’m really not in there every day.  I go in twice a week, that’s it.  (I swear.)  But, to a Starbucks crew in the center of the tourist section of Vienna, I imagine that an English speaker (trying to be a German speaker) who comes in regularly over the course of six months is pretty memorable.  (Everyone there already knows my orders — extra impressive because I don’t get the same thing all the time, but they know the choices I select from.)

My first thought was, “Wow, in Vienna, of all places, I’m a regular at Starbucks.  Yikes.”  It’s a little predictable, and a lot American.  But, in thinking about it, I’ve decided I don’t mind.  I like my Starbucks.  It’s isn’t about the coffee — I don’t require my normal American drinks or anything (the things that I get I could get anywhere in Vienna, anyway).  I do love the location — it is the only place at Michaelerplatz where you can sit outside, drink a coffee, and watch Vienna.  But even more, the people there are really great.  They’re friendly, they’re helpful, they let me practice my German on them, and they’re never impatient or irritable when I resort to English.  They’re good at what they do, too — tour buses literally unload in front of the shop, and I’ve been impressed, on several occasions, with the skill and ease with which they deal with the orders (and the myriad languages they’re faced with).

So, I’m ok with being a predictable American who’s a regular at Starbucks in Vienna.  I like it there. 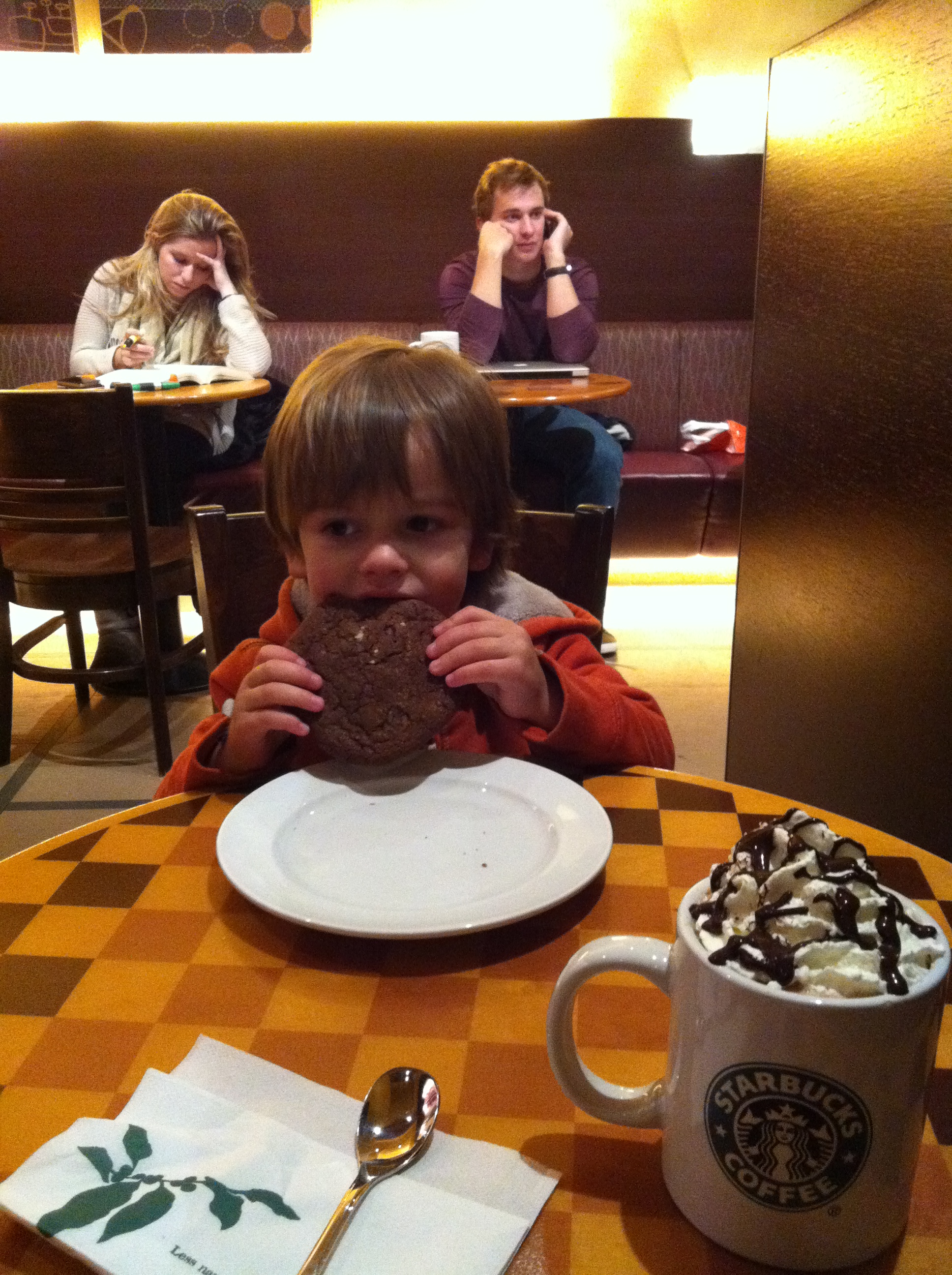