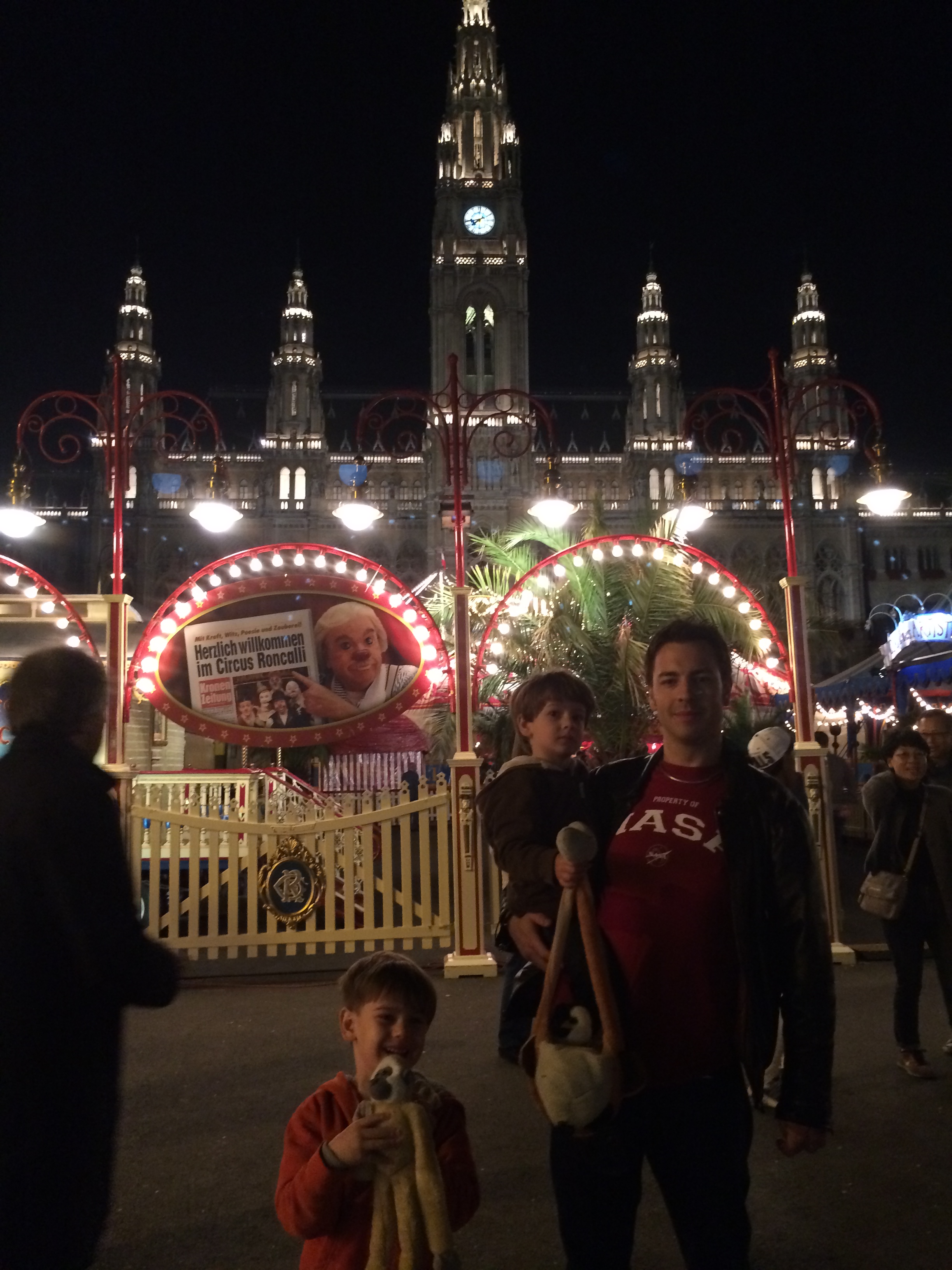 We’d been planning to go for years.  Each fall, when the signs and posters went up, we’d say, “We should go!” but we never did.  Last year, we decided we would go, and Dan was going to get tickets, but by the time he got around to it, they were sold out.  This year, I was determined.  The circus was coming to town, and we were going to go!

I didn’t really know what to expect from a European circus.  Would it be more “Barnum & Bailey”, or more “Cirque du Soleil”?  The tickets were pricey (which favored art, rather than tigers) but with a location only 5 minutes from our front door, we figured it was worth a try at least once. 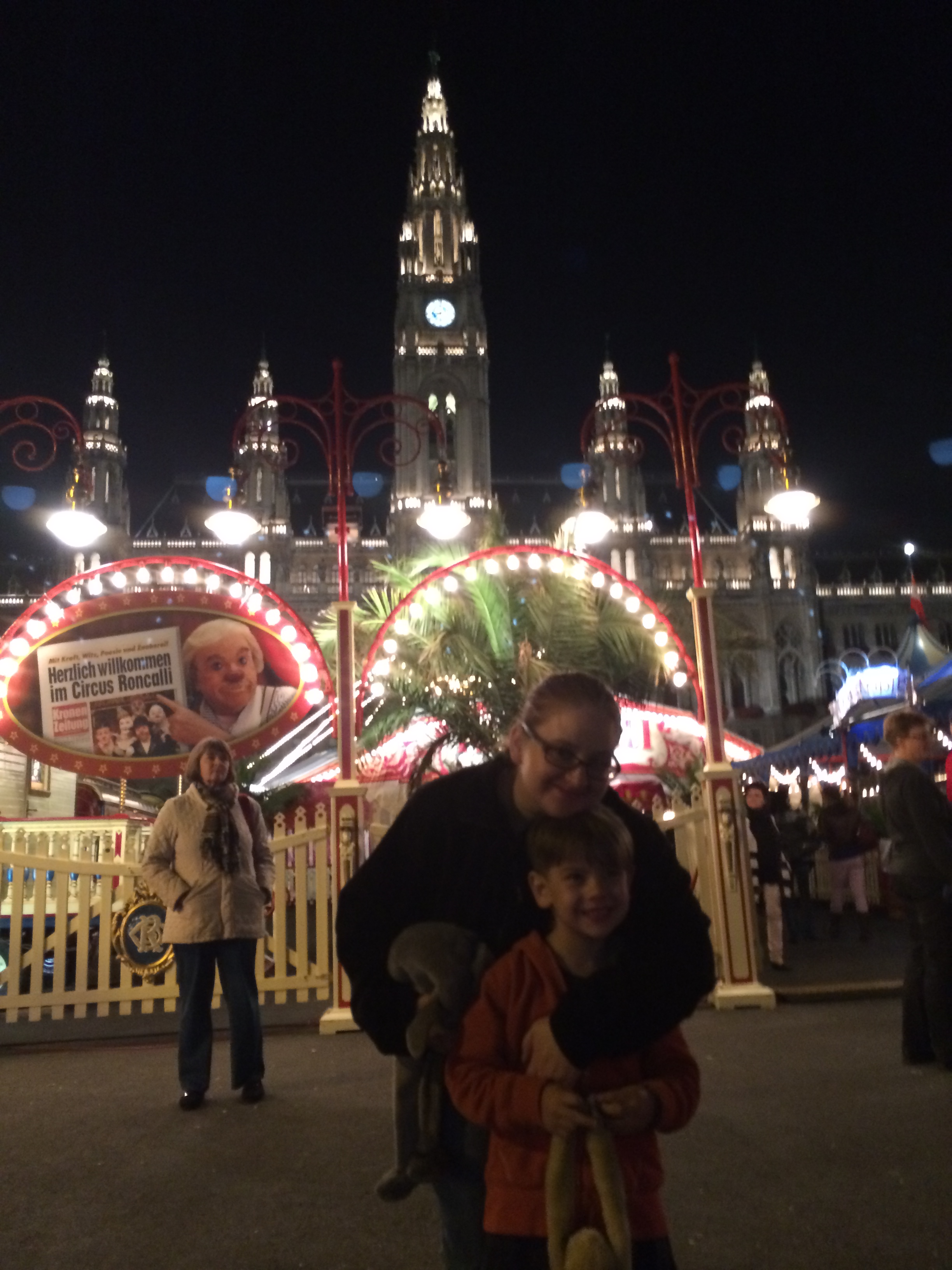 On the big night, we walked over and had dinner from the vendors set up in front of the circus tents at the Rathaus.  We didn’t realize that the seating (in our section, at least) was general admission, so we were late to line up and late to try to get to our seats.  I was worried, but it turned out that this worked to our advantage in two ways.  First, Benjamin got his sweatshirt hood filled up with candy by a passing clown on his way into the tent.  Second, we were so much the last arrivals that the ushers (who, as it turned out later, were also performers in the show) couldn’t find 4 seats together, and after a few stressful moments when I feared we might not get to sit together, we instead were shown to a box!  Good luck! 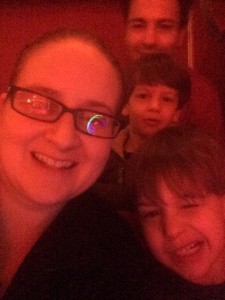 As the show got underway, it became clear that this was more towards the “Cirque du Soleil” end of the spectrum, with a live band, many acrobats, very skillful and impressive clowns and not a tiger in sight (probably for the best, considering the otherwise slim but real possibility of lions or elephants escaping and roaming around downtown Vienna).  There were acrobats (whose mohawk hairdos were “splendid” according to B), roller skaters, horses, trapeze artists, a hula hoop girl and (my favorite) a guy who balanced a dozen or so long sticks together into a moving, yet perfectly balanced sculpture which he then disassembled by removing a single feather (it was cooler than it sounds).  And the evening was finished perfectly by the cast inviting members of the audience up for a goodnight waltz. 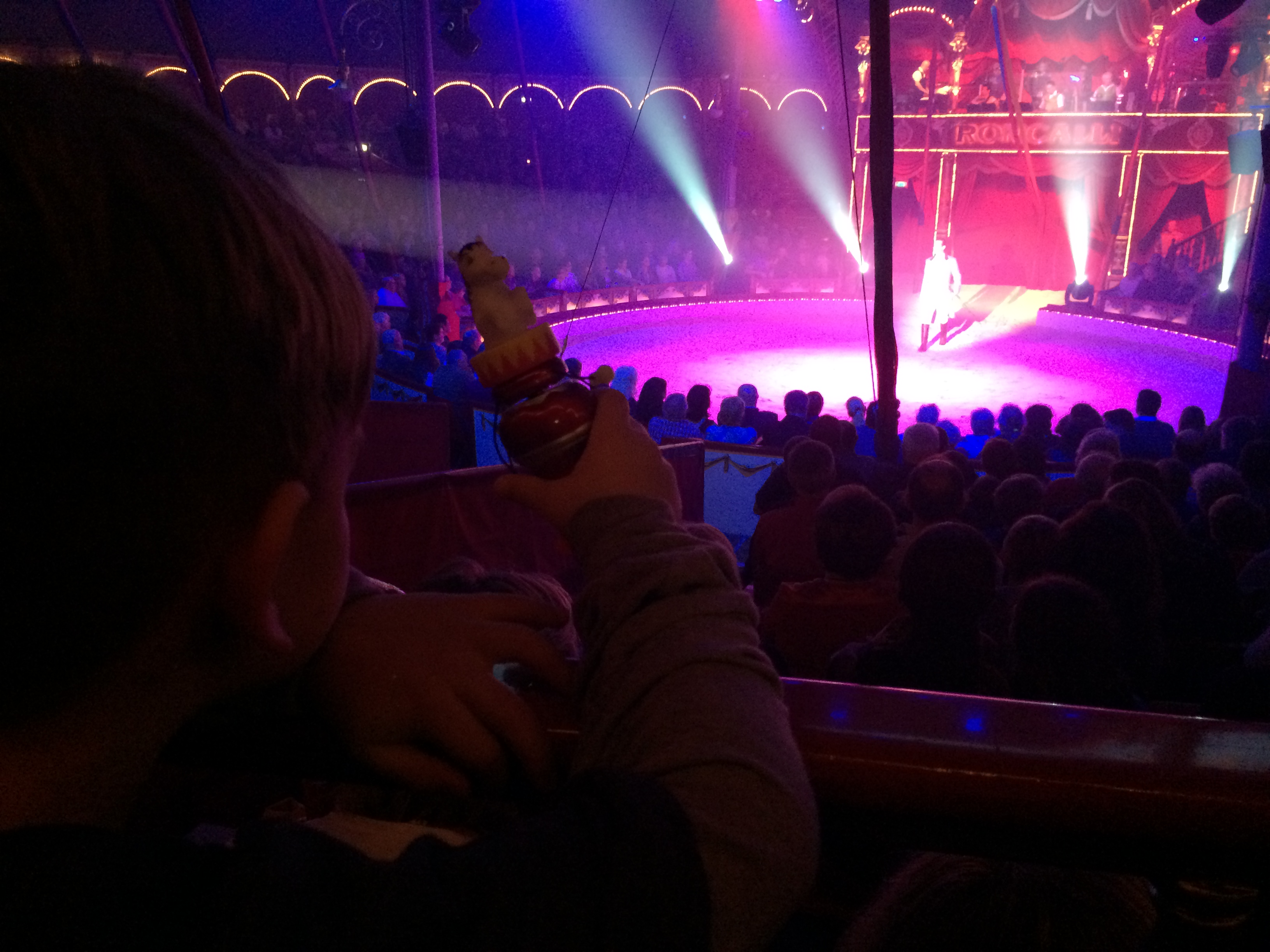 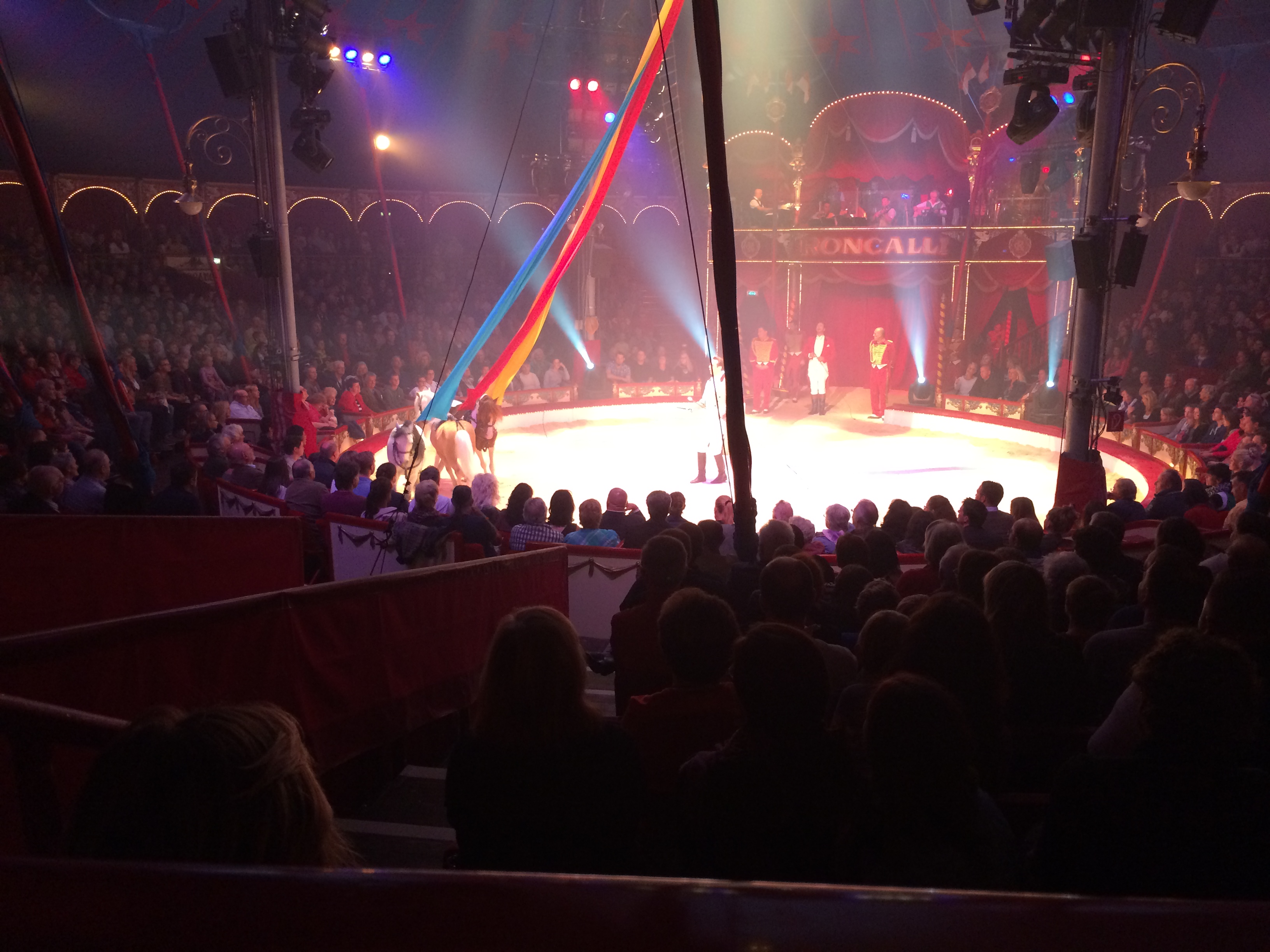 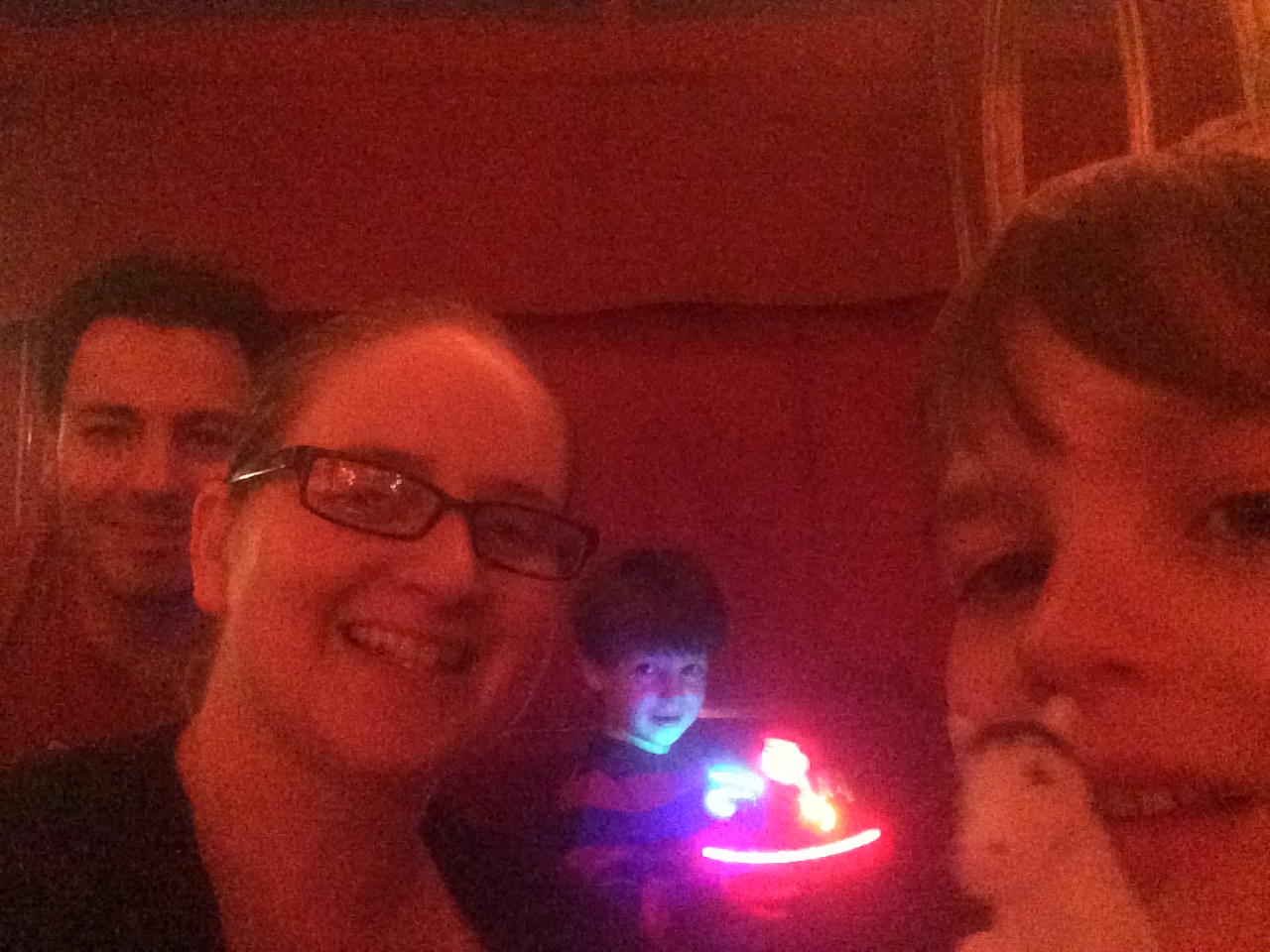 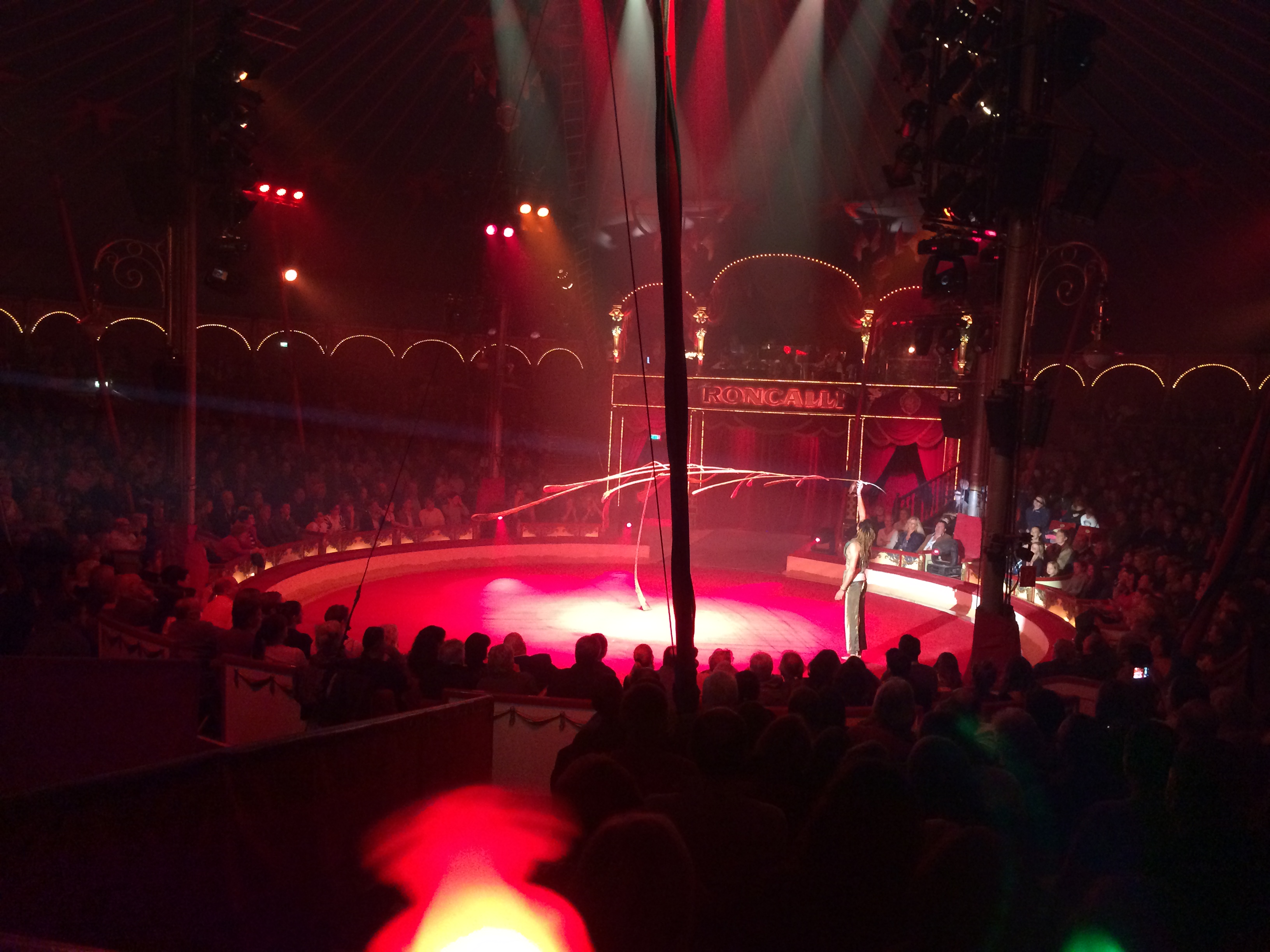 A good time was had by all.  It was a great first circus experience for the kids — though it did get a bit long and late for them, I was impressed at how they hung in there through the “artsier” bits.  (If we go again next year, we’d probably opt for a matinée to make it easier on the boys.)  It seemed perfect for a circus evening in Vienna, and I’m so glad we finally made it happen. 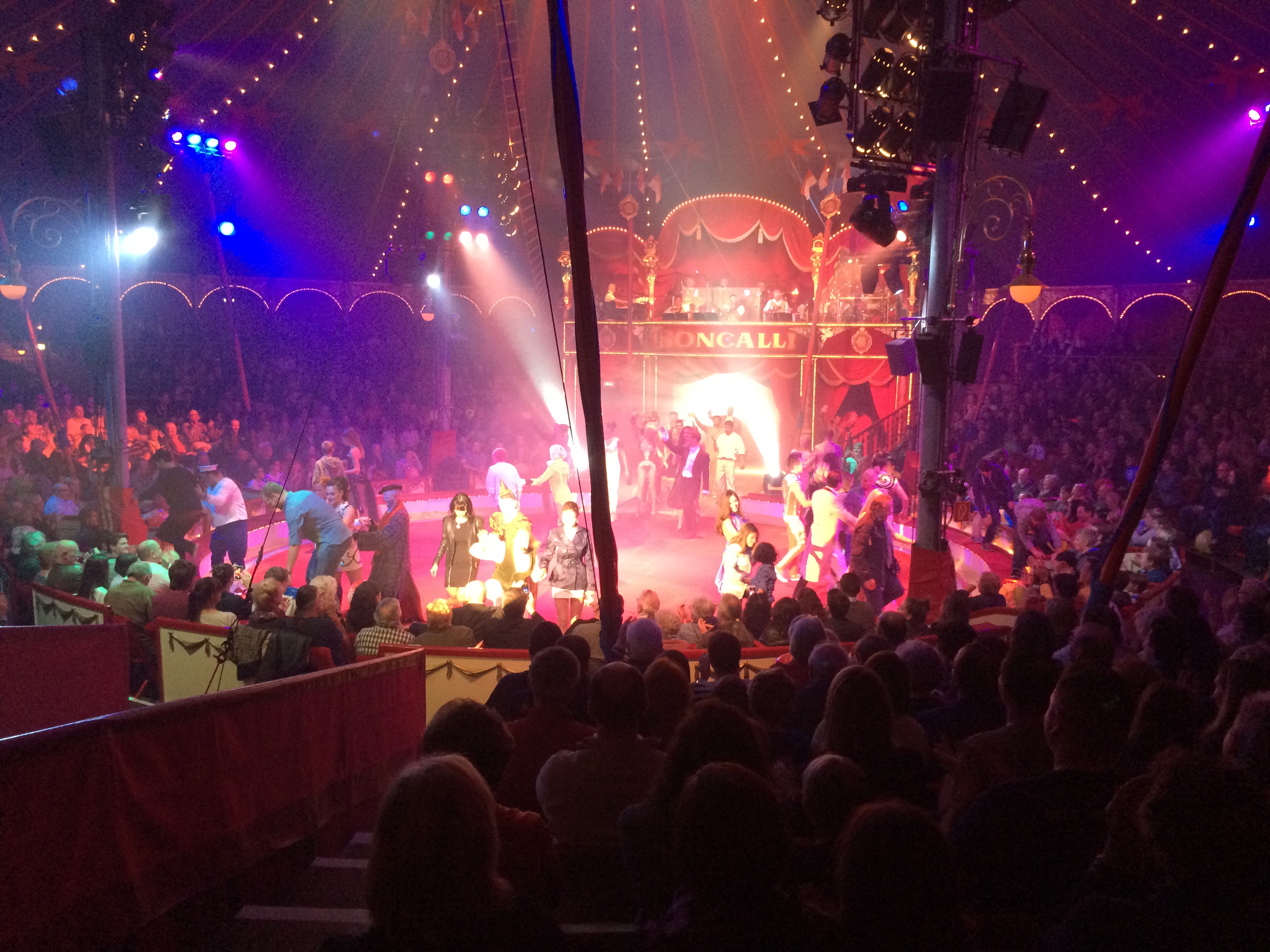