(Yep, still writing about last Christmas.  I ought to be done sometime before this coming Christmas.)

This year, when I was shopping for Christmas gifts for the boys, I wanted to find a small way to incorporate more of the idea of “giving” into their holiday.  Not by giving gifts to loved ones (which we already do), but something a bit wider-minded — something beyond their immediate sphere.  I thought a lot about how best to do that in a gentle, positive way.  I considered Heifer International, where you can buy a cow or a goat or a rabbit for an impoverished family in another country, but I worried the concept might be a bit advanced and the gift too intangible for the boys to really understand.  I thought that just opening an envelope about a donation of a goat would get completely swallowed up in all the STUFF they would be focused on Christmas morning.  So, maybe one day, but not yet.  But I liked the idea — of taking the money I would have spent on a gift for them, and doing something charitable with it instead … without it seeming like a punishment or deprivation in any way.  (My kids are certainly not deprived of anything, but the idea was to encourage charitable giving, not make it seem like a rotten idea.)

Despite my best intentions, when Christmas comes around at our house, my kids are overwhelmingly focused on the presents.  (Though I get the feeling that this is pretty normal.)  One unintended consequence of being able to provide so much for our kids is that they take so much of what they have for granted.  And though I understand that Christmas (even for those of us who celebrate it culturally, rather than religiously) is about family, togetherness, kindness, charity and peace, somehow, for my kids, it’s really almost entirely about the presents (and also a little about visiting our family, which is a good thing).  I think it’s hard for intangible themes of peace, charity and time spent together to compete with boxes of brightly-colored plastic and flashing lights packed up under the tree.

But I wanted to do a little something small to start to make a shift.

So, I kept looking, and found out that through The Sierra Club, you can “adopt an animal” at a U.S. National Park.  You get a certificate, a little booklet and a stuffed animal to represent your adoptee, and the money goes towards conservation efforts across North America.  It was perfect.  It would accomplish the goal of giving, but still give the kids a tangible THING to focus on.  My hope was that reading the booklet and playing with the stuffed animal would keep the gift in their minds beyond just the moment that I told them about it.

And, it worked.  The kids loved the stuffies when they opened them, but they were even more fascinated by the idea that they had “adopted” a real, actual wild animal in a park somewhere.  They wanted to learn more about the animals (a fox for L and a wolf for B), and more about where they live.  They learned a bit more about US geography, too, which is something they don’t know enough of yet (because my kids know where the Alps are, but not the Rockies).  They are absolutely set on visiting the parks (Glacier and Rocky Mountain National Parks) to see “their” animals.  And we were able to talk about conservation and the environment and the way the animals’ survival depends on people taking care of the planet.

I’m really happy.  My plan worked!  I know it’s not much — we’re not saving the rainforests or ending homelessness — but it was a tiny step in the right direction that we hadn’t taken before.  They were my favorite gifts to give this year. 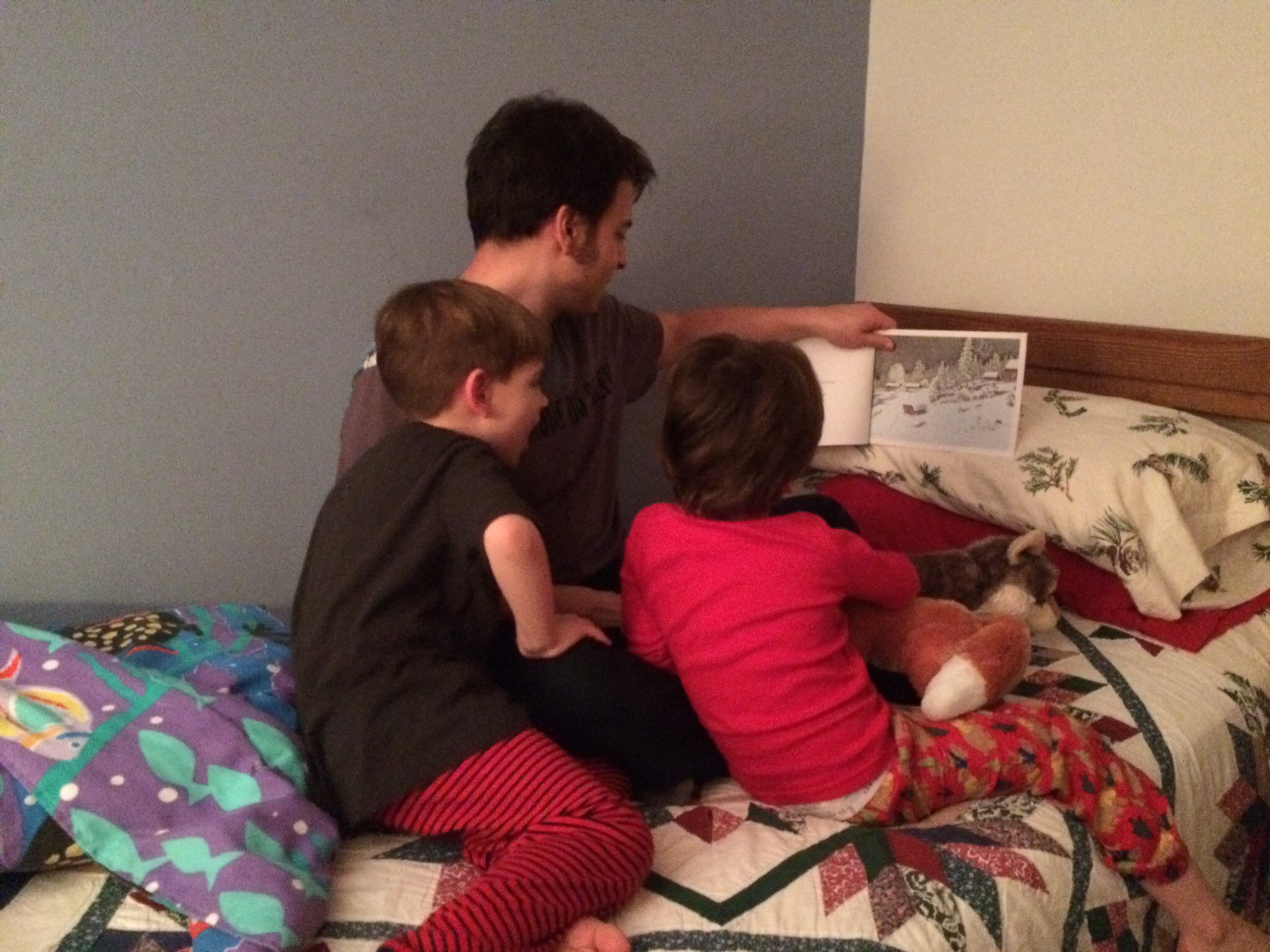