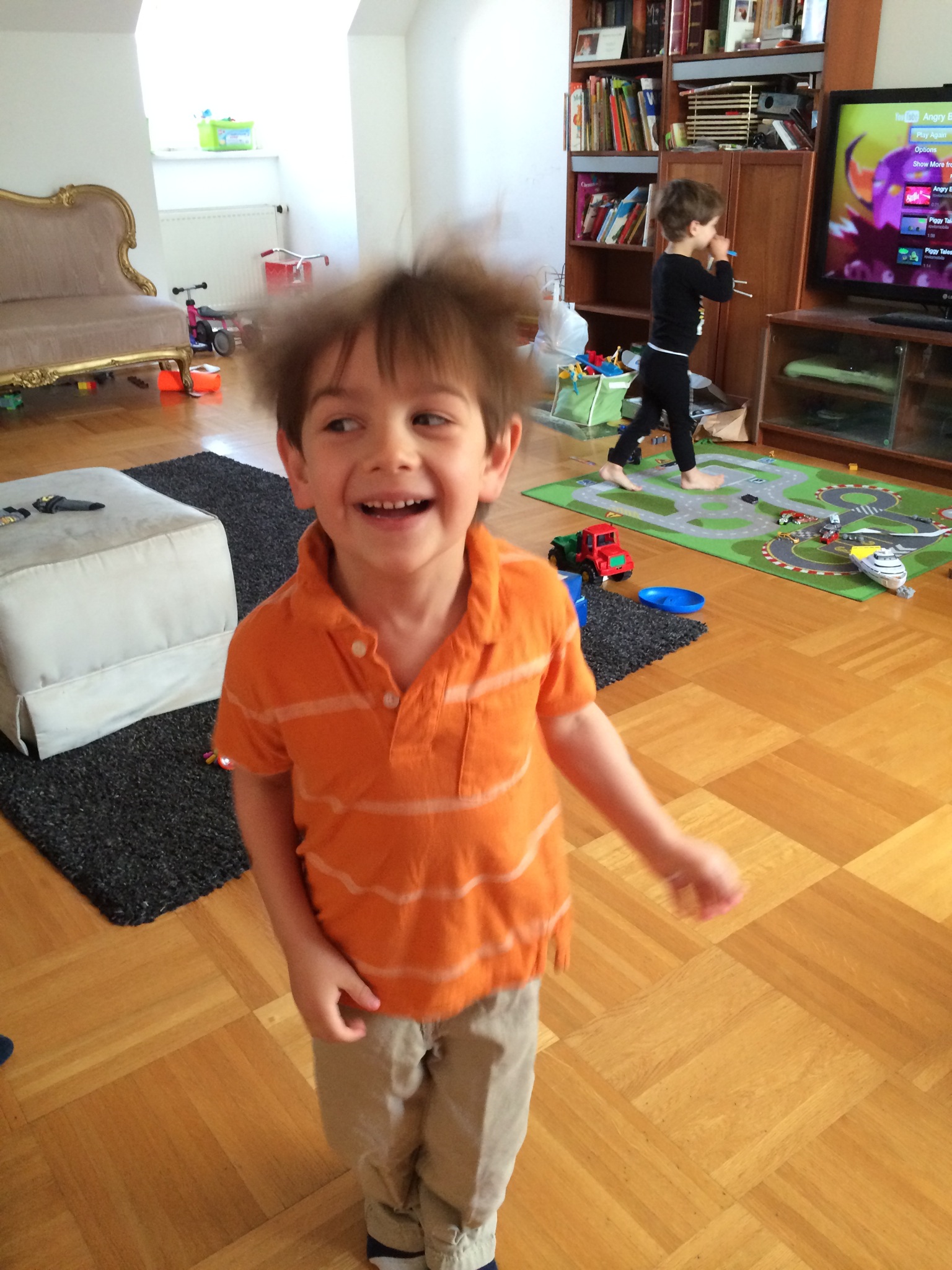 B starts school tomorrow.  Real school, first grade.  But we really have no idea what we’re doing.  We applied last spring, got an enrollment packet from the school, filled out a dozen forms, and bought all the supplies on our list, but still, we weren’t really ready.  We’d never even been to the school.  It has a great reputation and a (relatively) convenient location, so it was our first choice, but we’d never been to see it.

But today was orientation day, so we were going to fix all of that!

We got a babysitter for Liam for the morning so Dan & I could both go, and so we would 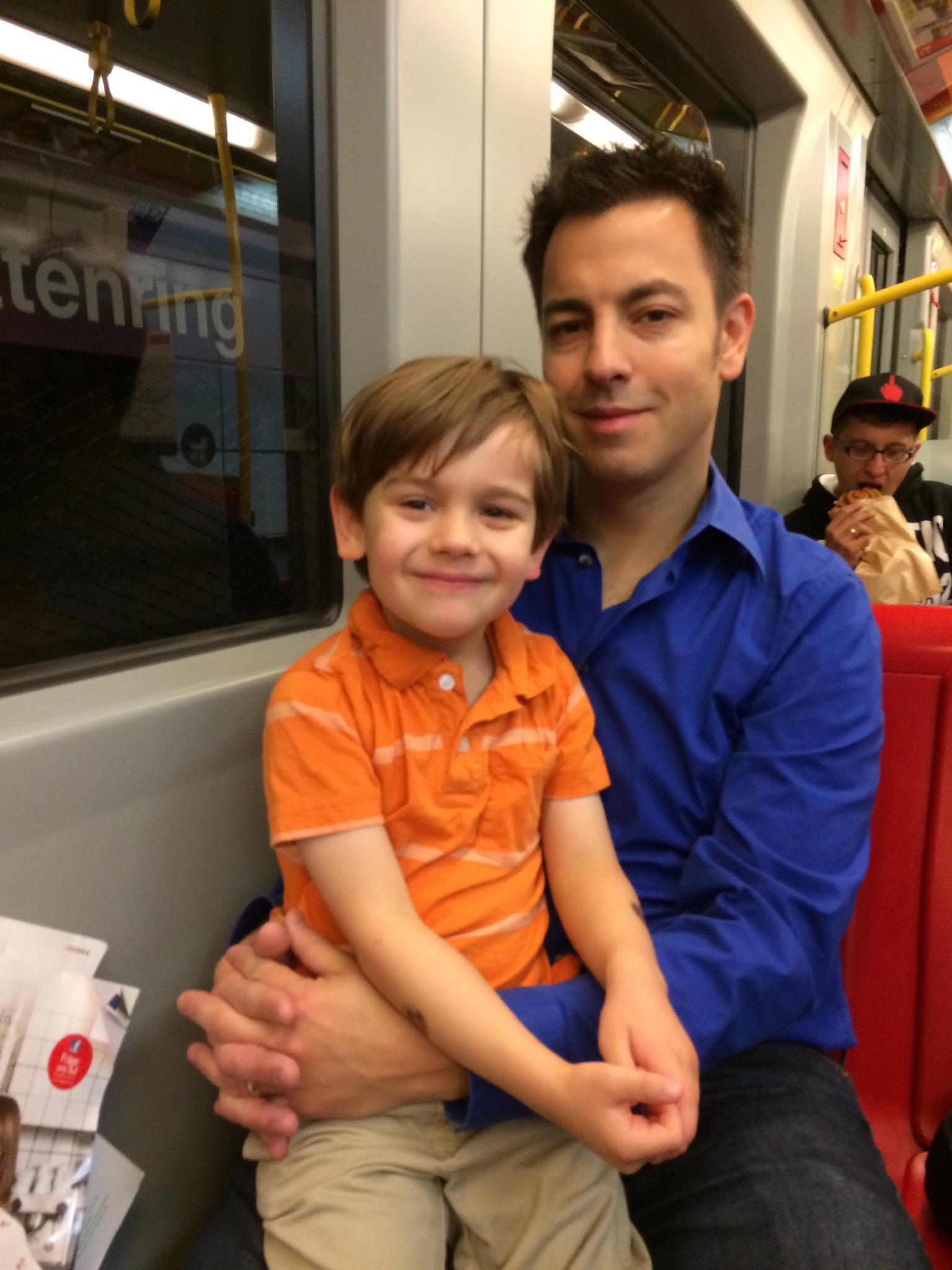 both actually be able to pay attention.  The three of us headed over this morning (and encountered B’s best friend before we even got inside) for the new student orientation.  It was a bit strange to me that orientation is just the day before the first day of school, but apparently, with so many students coming from other places in the world, many of whom are new to Vienna, there’s more benefit to waiting until the last minute, so that as many people as possible can be present.

The school looked great — big and clean and inviting.  Most importantly, B approved.  We met the principal, and got 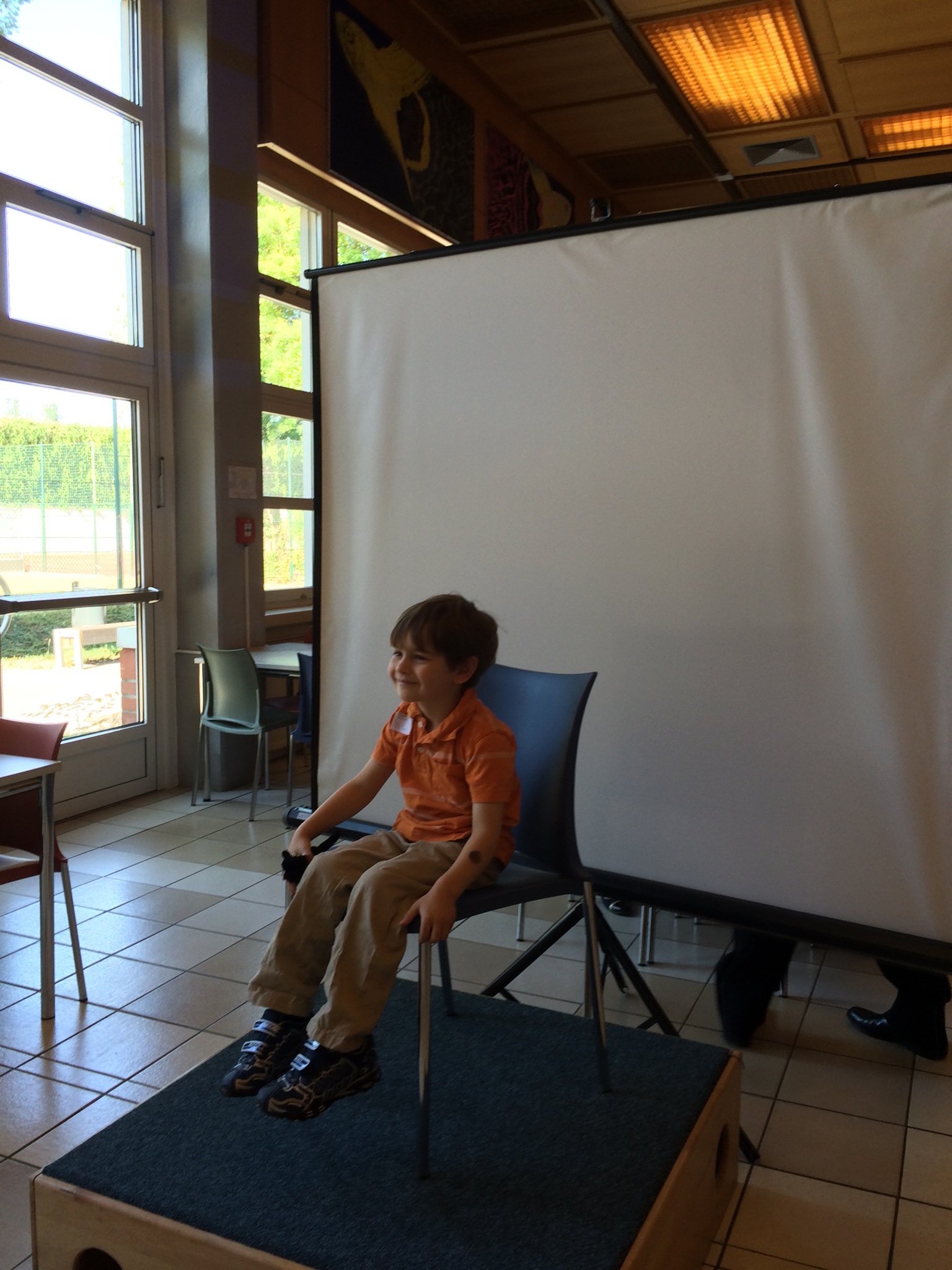 B’s school ID picture taken.  We signed him up for lunch, registered with the PTA, filled out more forms, and bought B’s new gym outfit.  Then we got to meet his new teacher and see the classroom where B will be spending his time this year!  His teacher seems very nice, and the classroom looks great.  There will be 22 kids in his class, and, aside from B, there are 5 other kids in his class who are also new to the school.  (I was worried he’d be the only new one.)  From the sounds of things, there will be a good mix of playing and learning throughout the day.  We got to ask all of our questions, and I was very excited to discover that the teacher is very enthusiastic about having me volunteer in t 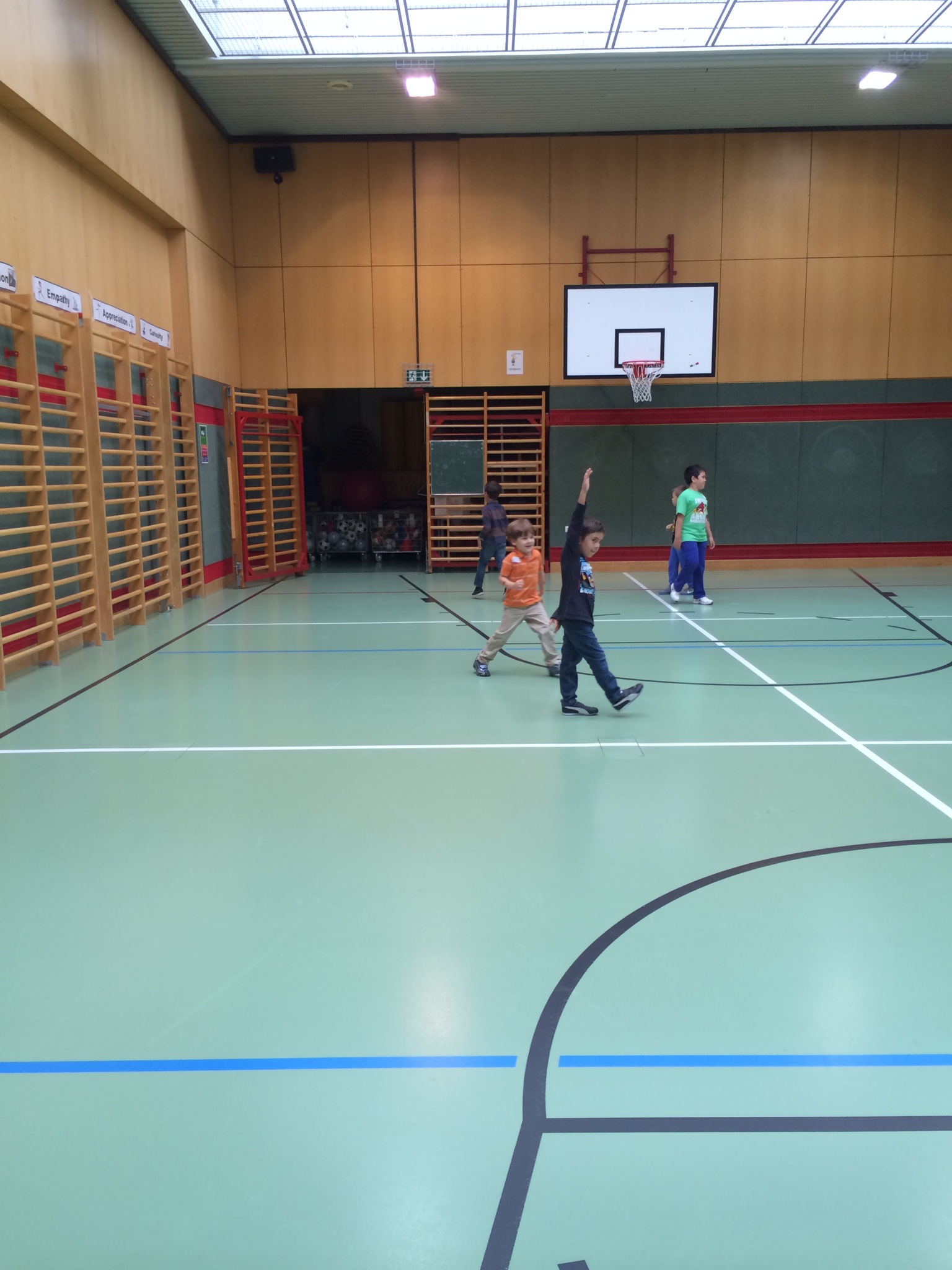 he classroom — and I’ll be able to chaperone field trips, too!  (I expected to be able to do that with the preschool, but couldn’t, so I’m hoping B doesn’t mind if I do it a lot now.)  I love the idea of being involved with him in the classroom.

We finished our orientation with a tour of the school.  B liked the playgrounds the best, but I think that the library was my favorite.  In all, we know a little more about what to expect, and a lot more about where he needs to be, so I think it was a very successful orientation.  And tomorrow will be the FIRST DAY.  (I’m pretty much freaking out about that, but I’m really trying not to let it show.)