Last year, we took the boys ice skating at the Wiener Eistraum.  We tried to take them back, last week, for the 2013 opening, but the kids’ area was closed.  Dan & I went on Friday (as an actual date), and we were finally able to take the boys again yesterday. 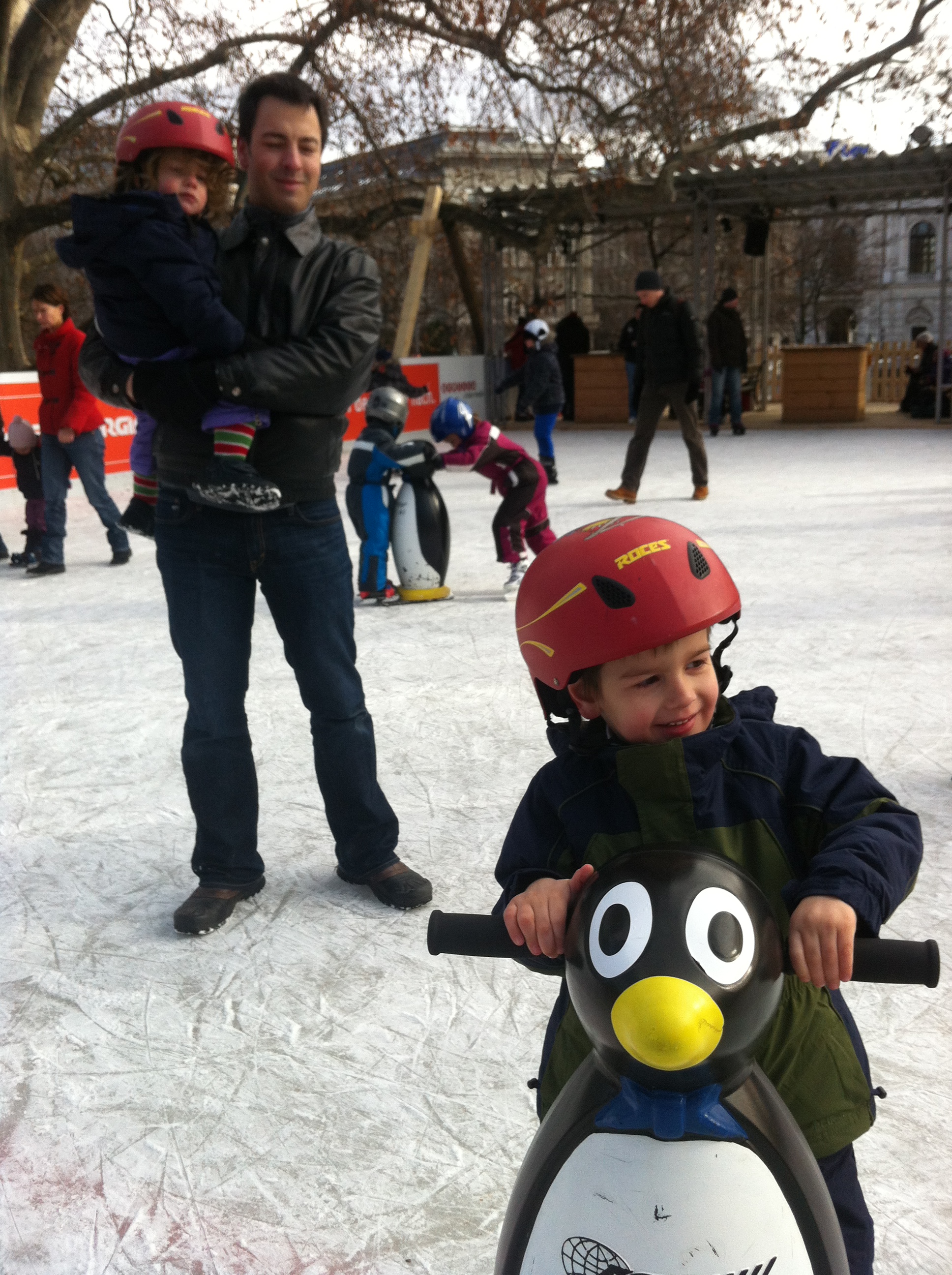 We had a good time, but our experience was quite different from last year.  The children’s area was surprisingly crowded — probably over 40 kids and nearly as many parents — and, to share between all of them, only 6 practice penguins.  We found the number of people and lack of penguins frustrating and a little daunting — a sentiment that seemed to be shared by many other families.  Overall, we did fine, and I’m glad we went, but I was a little shocked by how crowded it was.  We were there on a Sunday morning, which I think is the same as when we went last year . . . although last year we went much later in February — maybe it gets less popular as the season goes on? 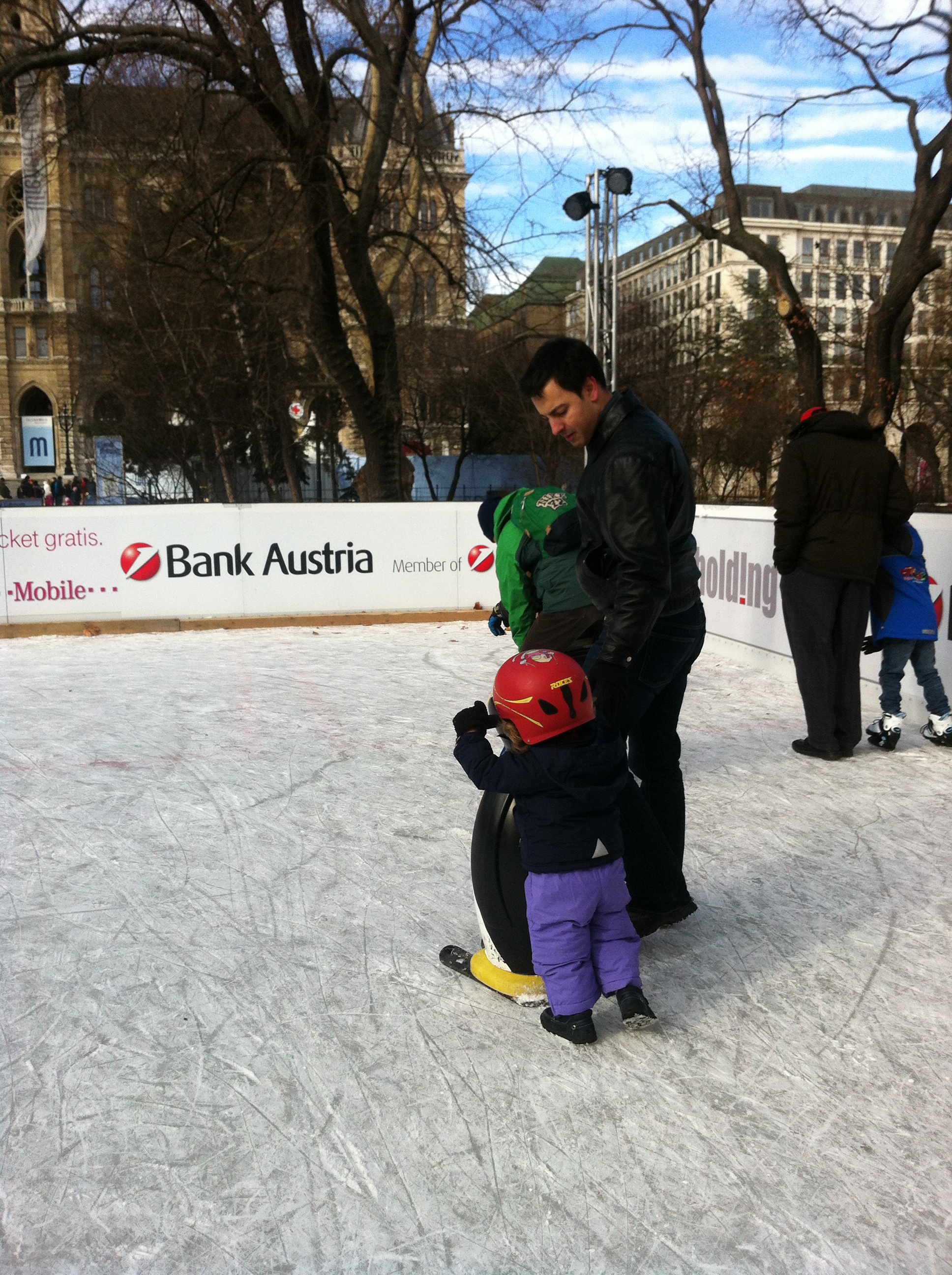 It was still a generally good experience.  The kids had a pretty good time, although they got tired quickly (as did I) and it was a fun, inexpensive way to get some skating practice.  Like last year, Liam’s skate rental was free, the helmets for both boys were free, and the adults didn’t need skates at all, so our total bill was 4 Euro for about 2 hours of skating.  Not bad.

My guess is that Sunday mornings, early in the season, when the weather is good, are just too popular to be manageable for little ones who need lots of practice and support.  We’re going to experiment a bit — we’re going to try going during the week, going later on a weekend day and going later in the season.  Hopefully we can find a time that isn’t quite so overwhelming.  We definitely like it, so we’re looking forward to an even better experience next time. 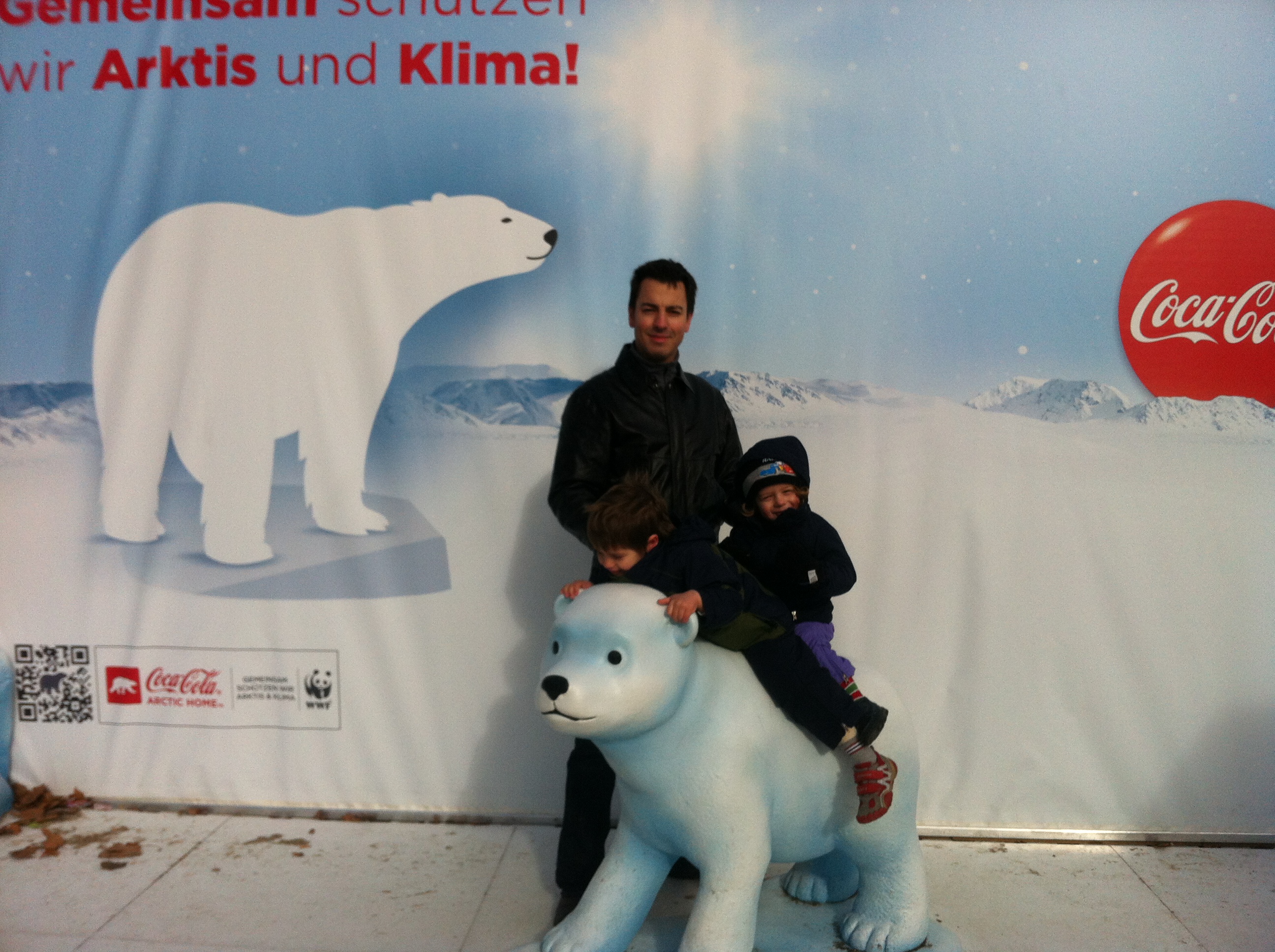 1 thought on “Skating with the kids”