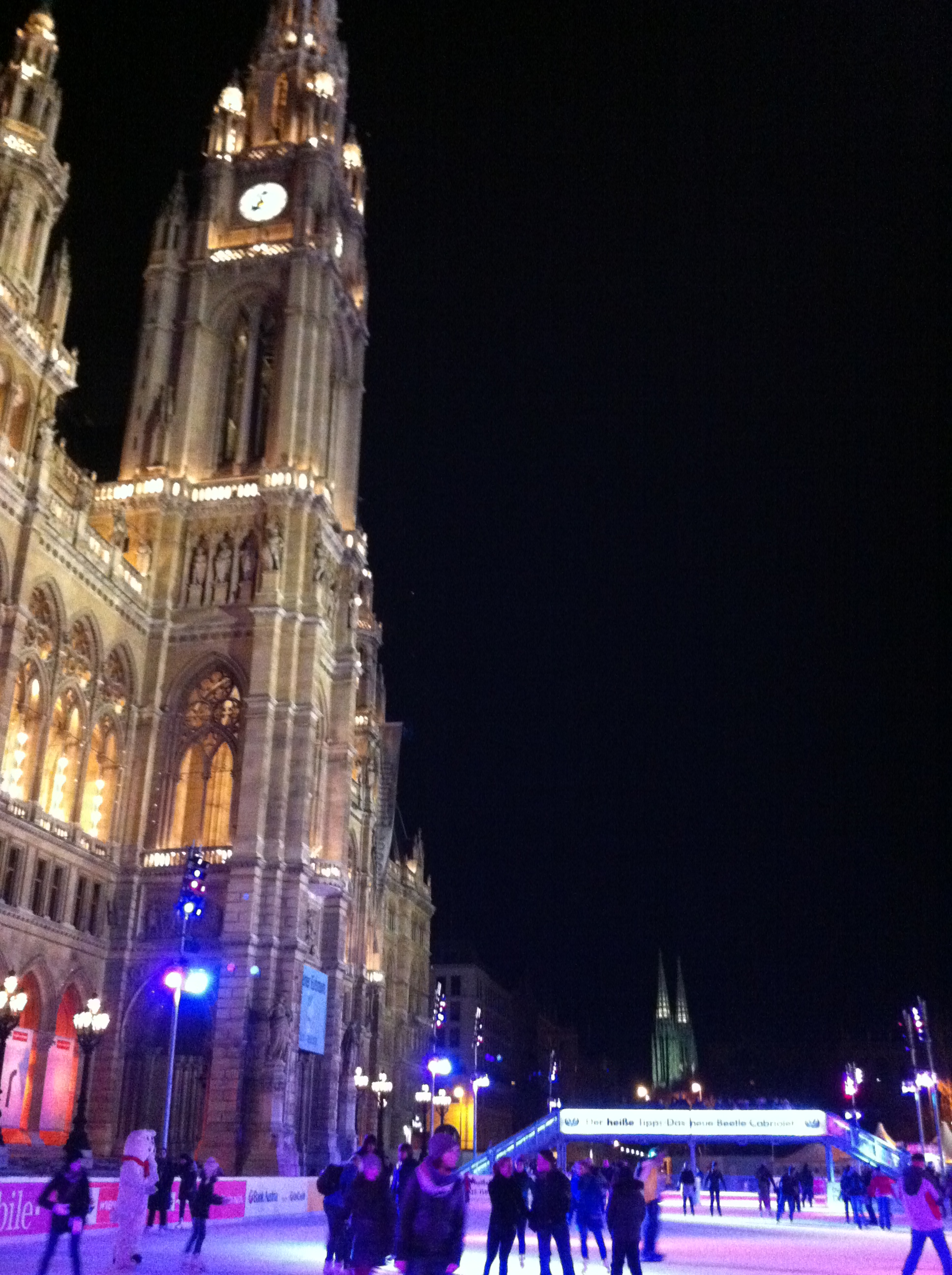 Last year, we took the kids to the Wiener Eistraum (“Viennese Ice Dream”) — which is a massive, temporary skating complex constructed on the grounds of the Rathaus (city hall) here in Vienna. We loved it. The kids had a great time learning to skate a bit, and it was fun to be part of a big, festive Viennese activity.

There are two main parts of the skating facility — a large area with two skating rinks, connected by long ice paths that meander through the woods (on the paved walking trails through the park), and a smaller, enclosed area where the kids can play and practice during the day (it turns into a curling area in the evenings). When we took the boys, we stuck to just the kids’ area. It didn’t require a ticket, and we didn’t even have to rent skates as adults — we rented skates for the boys and we just walked around in our regular winter boots. It made for a fun (and inexpensive) outing. 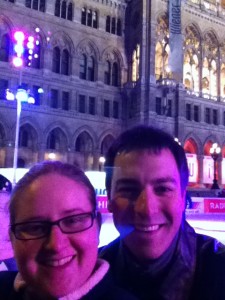 Somehow, though, we managed not to have a chance to go over and explore the bigger, “grown up” section last year, and I’ve regretted it since. The Wiener Eistraum reopened just over a week ago for 2013, and Dan & I went over last night, just the two of us, to check out the whole thing.

First of all, I am not a good skater. I’ve skated a few times, but never enough to get good at it. So, at first, my goal was just not to fall down and injure myself. After a few minutes of getting my feet under me, though, I got to relax and really enjoy it. It’s pretty wonderful. Skating on the colorfully lit pathways, through the woods, with the brightly illuminated Rathaus in the background is pretty magical. I was, by far, not the worst skater there (I even managed to help hold Dan up once when he fell!) and I really enjoyed myself. 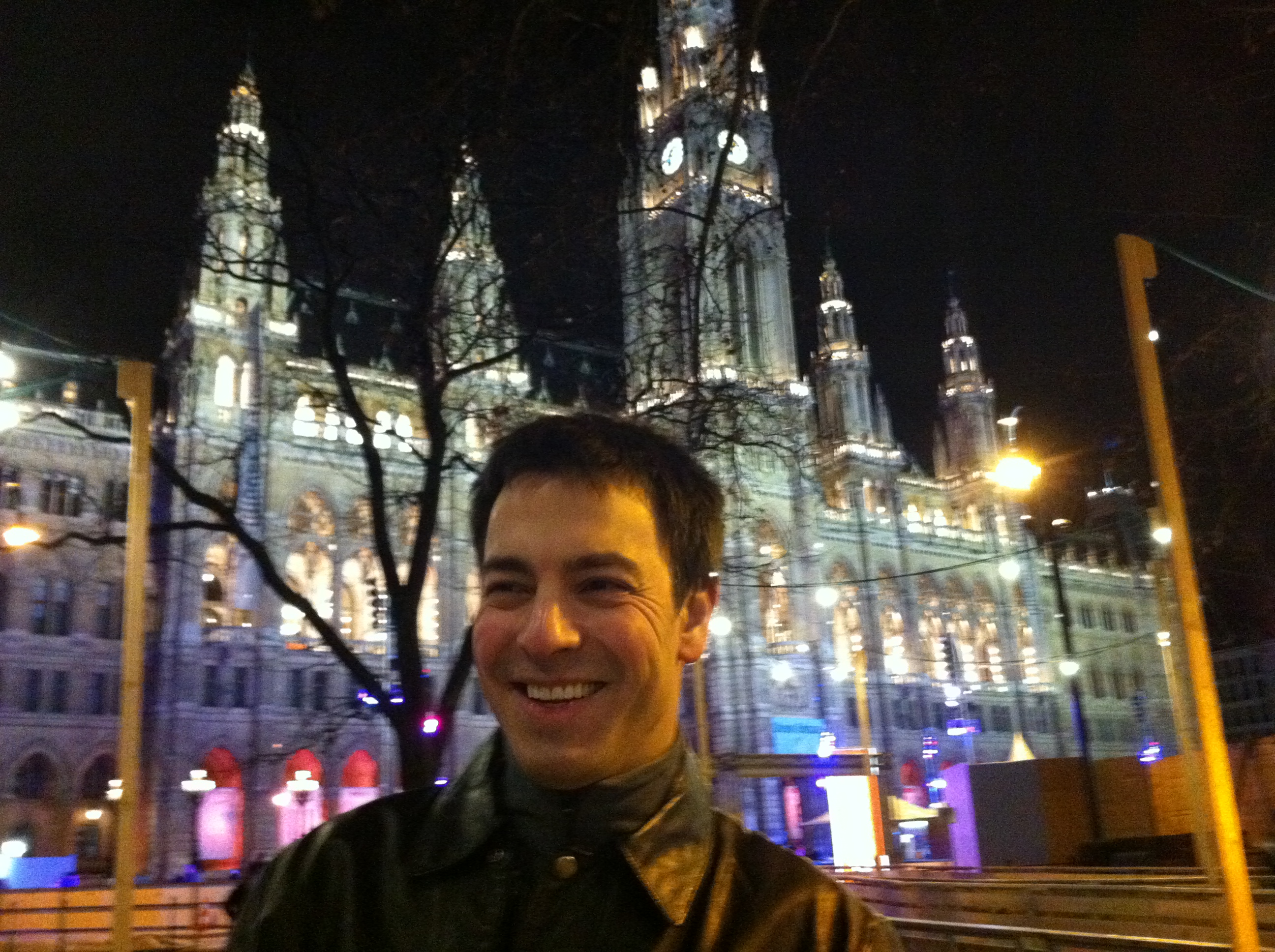 The skating part was definitely a challenge though. Although the wooded paths are fun and scenic, they also include very gentle uphill and downhill slopes — something I’d never attempted on skates before. It was pretty tough. The uphills weren’t so bad (as long as someone coming up from behind didn’t run into you — it’s hard to go fast up the hills) but the downhills were a bit scary. Especially after the Zamboni came though, it was easy to get going WAY too fast down the little inclines. (I managed not to crash, but I attribute a lot of that to just luck.)

We had a great time. We skated around, explored the pathways, circled the ice rinks with a few hundred other skaters and just had a fantastic time. We’ll definitely go back. It makes for a fun date night.