It was a chilly, rainy (on and off) day in Vienna today.  We were out apartment hunting, and we really felt not having a car.  The public transportation here is phenomenal, but there’s just something so easy about having a car.  We’re not “good” at being car-less yet, so there’s a lot to think about and plan for.

Here in Vienna, lots of people don’t have cars.  But they also aren’t living out of 5 suitcases.  They have great little buntings and rain covers for their strollers.  They have umbrellas.  They have boots.  They have raincoats.  We have some of those things (not very many).  It wasn’t a bad day, just a challenge. 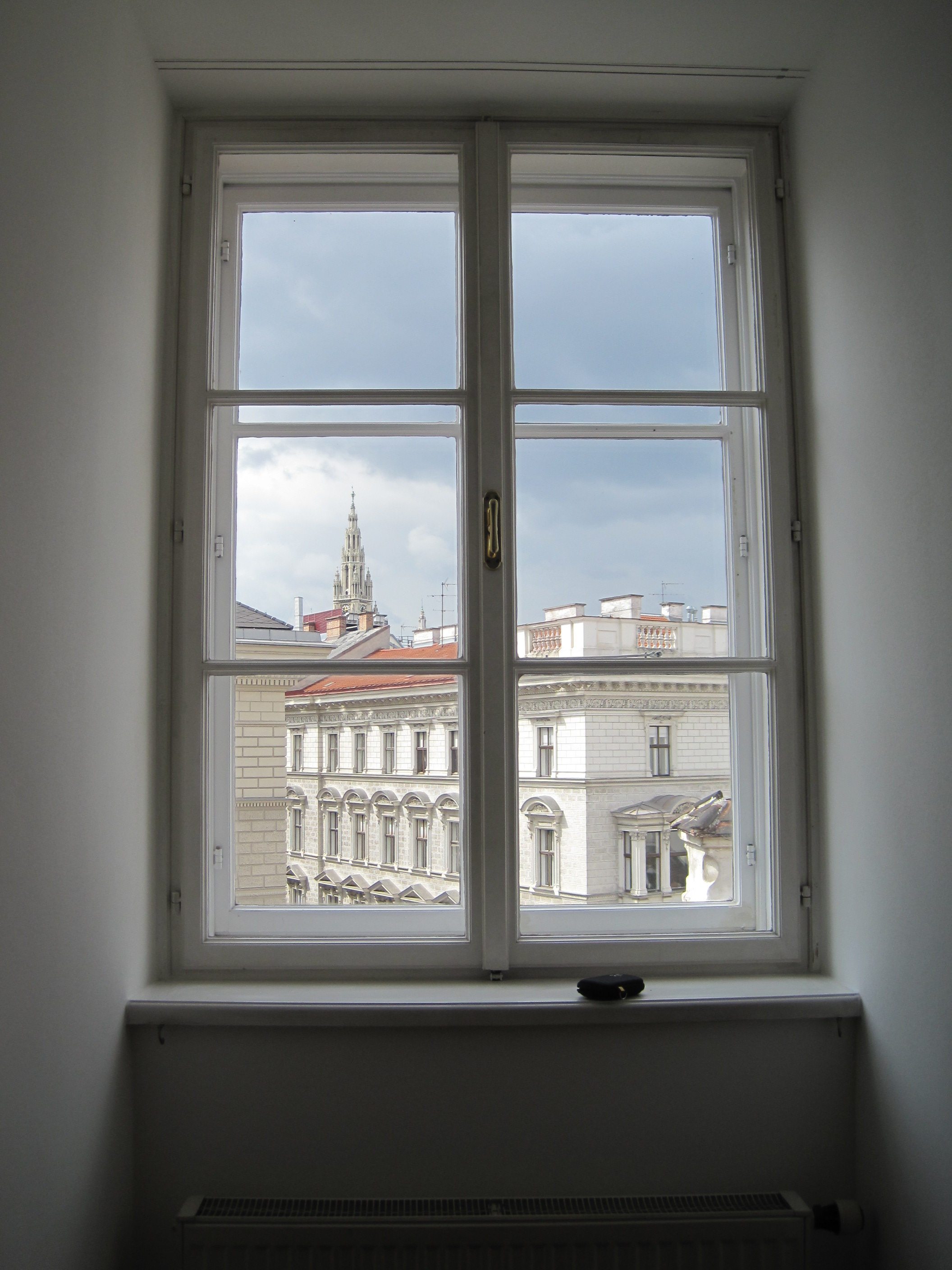 The first place we went to see was an 18 minute (entirely uphill) walk from where we’re staying now.  We ended up rushing out the door to get there (because we’d been waiting for the realtor to tell us which place to meet him, and he didn’t tell us until we actually needed to be heading out the door . . . and Liam was sleeping, so it was an ordeal to get going) and therefore just didn’t have our complete arsenal of “stuff” to battle the conditions.  Liam was still in his pajamas, I forgot the fleece blanket for B in his stroller, I wore the wrong shoes, I didn’t bring Benjamin’s snack, Dan didn’t realize I’d packed a hat for Liam, so he didn’t put it on him for the first half of the day.  I’ve always kept a stock of things in the car trunk, just in case we needed them:  jackets, hats, blankets, sweatshirts.  I’m so used to having that safety 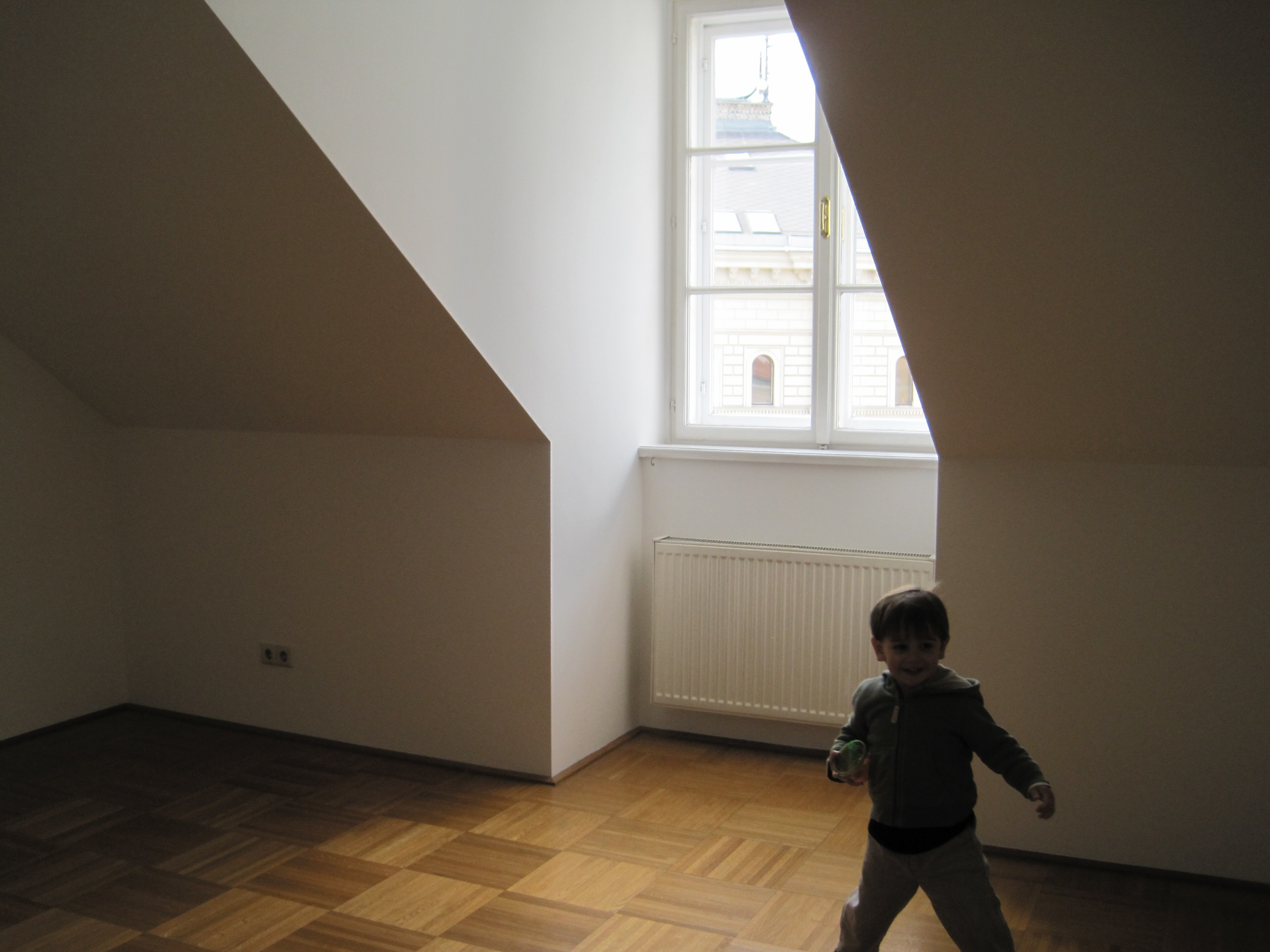 net, and I really missed not having it today.

But, we were rewarded.  I think we found our place.  It’s beautiful, it’s in the center (nearly) of the city, it has plenty of space, and even a little storage, it has a (very small) elevator and it’s walking distance to shops and the U (metro).  I love it. 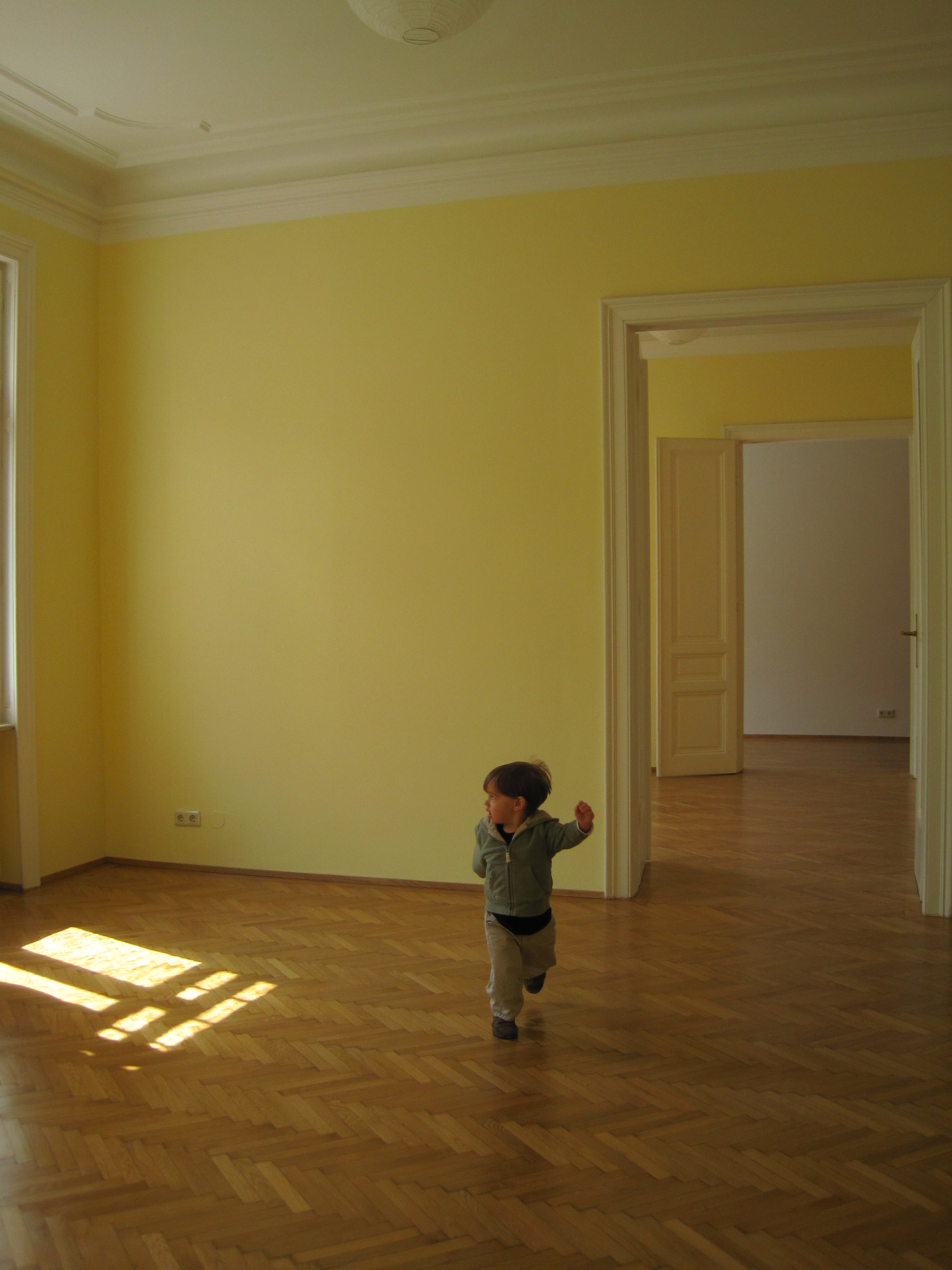 We had one last place to see, though, so after our 18 minute walk and our brief visit to the apartment, it was back out into the rain to get on a train, to get on another train, to get on a tram to get off and switch trams because we were on the wrong one, and then a walk.  The second place we saw was beautiful, too, and would be my favorite but for the 8 or so marble stairs in the foyer of the building which would make it nearly impossible to use the stroller by myself.  And then, it was back out in the rain and the cold to head home (by way of the gelato place — we were nearly the only customers today).

I am amazed by my children.  However much fun I might have found it to explore these apartments, I suspect there is significantly less allure when you’re 6 months old or two and a half.  Through this entire adventure so far, they have been amazingly happy, relaxed, flexible and understanding.  (I have no idea where they get that from.)  I can’t believe the way they’re adapting and really enjoying themselves in what could be a difficult situation.  They inspire me.  It’s hard to give in to being grumpy or exhausted or irritable when your 2 year old isn’t.  It’s even harder to give in to it when he’s having a hard time and it’s the first time all day he’s complained.  They help me to remember that although it’s easy for me to slip in to the expectation that this will be “tough”, it doesn’t actually have to be.  There’s lots of things to enjoy — like running laps through empty Viennese apartments or eating gelato on a cold and rainy day.