It’s taken me years to figure out how to make Mother’s Day work at our house.  If we were in the US, we’d get together with my mom and do something nice like a dinner out, most likely, which would be great.  Here, it’s a little less straightforward.  The idea is for the boys to make a nice day for me, but a lot of what I actually need the most is a break from my usual “mom” duties.  I don’t want to spend Mother’s Day doing anything other than being with my boys, though, so I’ve finally discovered the key to having a great day: I get to decide what to do, and no one gets to complain.  (That works better in theory than in practice, though.)

In reality, it’s kind of an opportunity for me to get to do something I’ve been wanting for us all to do but haven’t had the chance.  Over the past few years (though never before on Mother’s Day) we’ve been working on a hike that we’ve cobbled together in bits and pieces (including this past April when I foolishly assumed that pleasant weather down in Vienna would translate to pleasant weather up in the hills — which it did not).  My lone Mother’s Day request was that we complete (or at least continue) that hike. 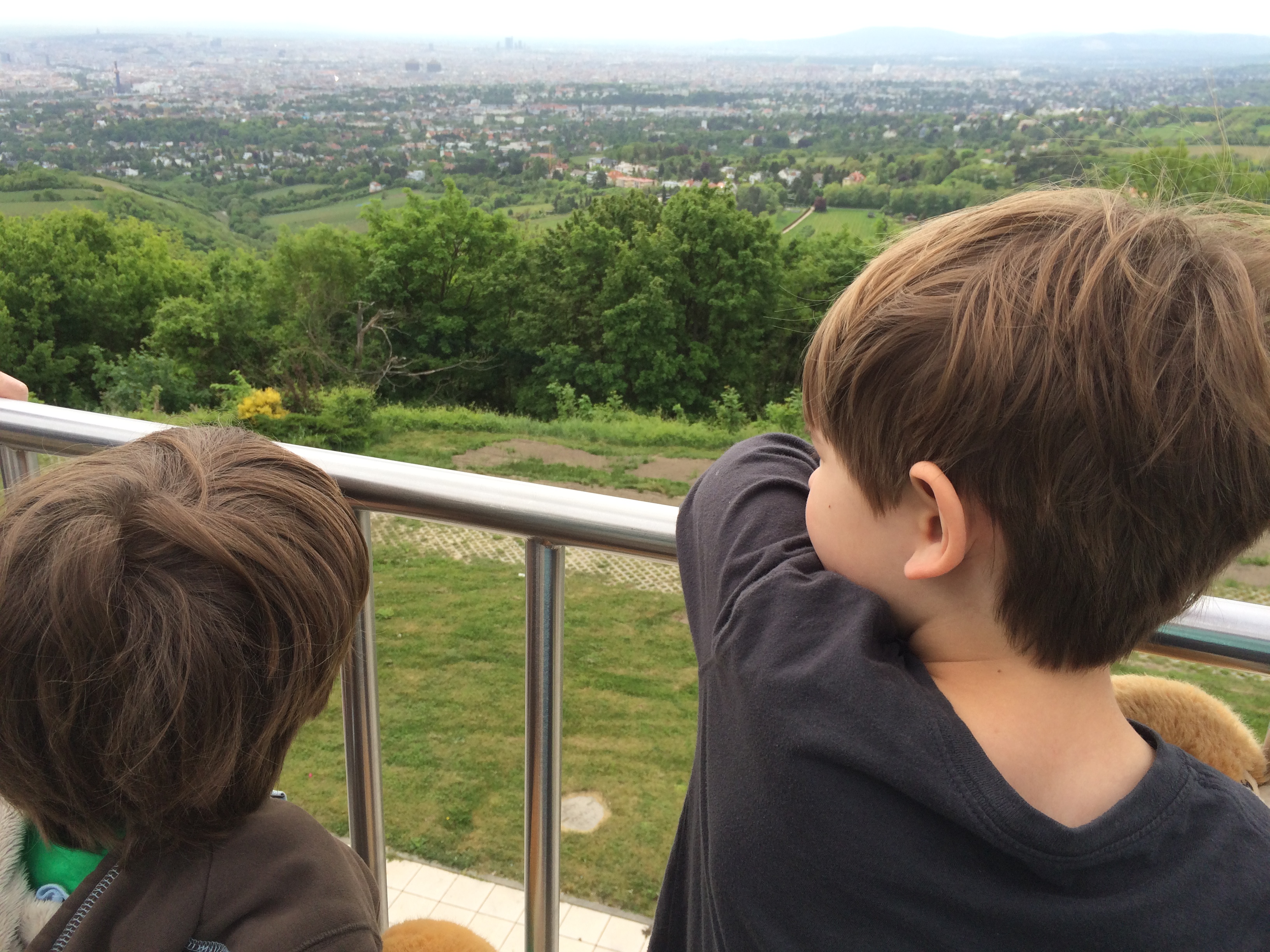 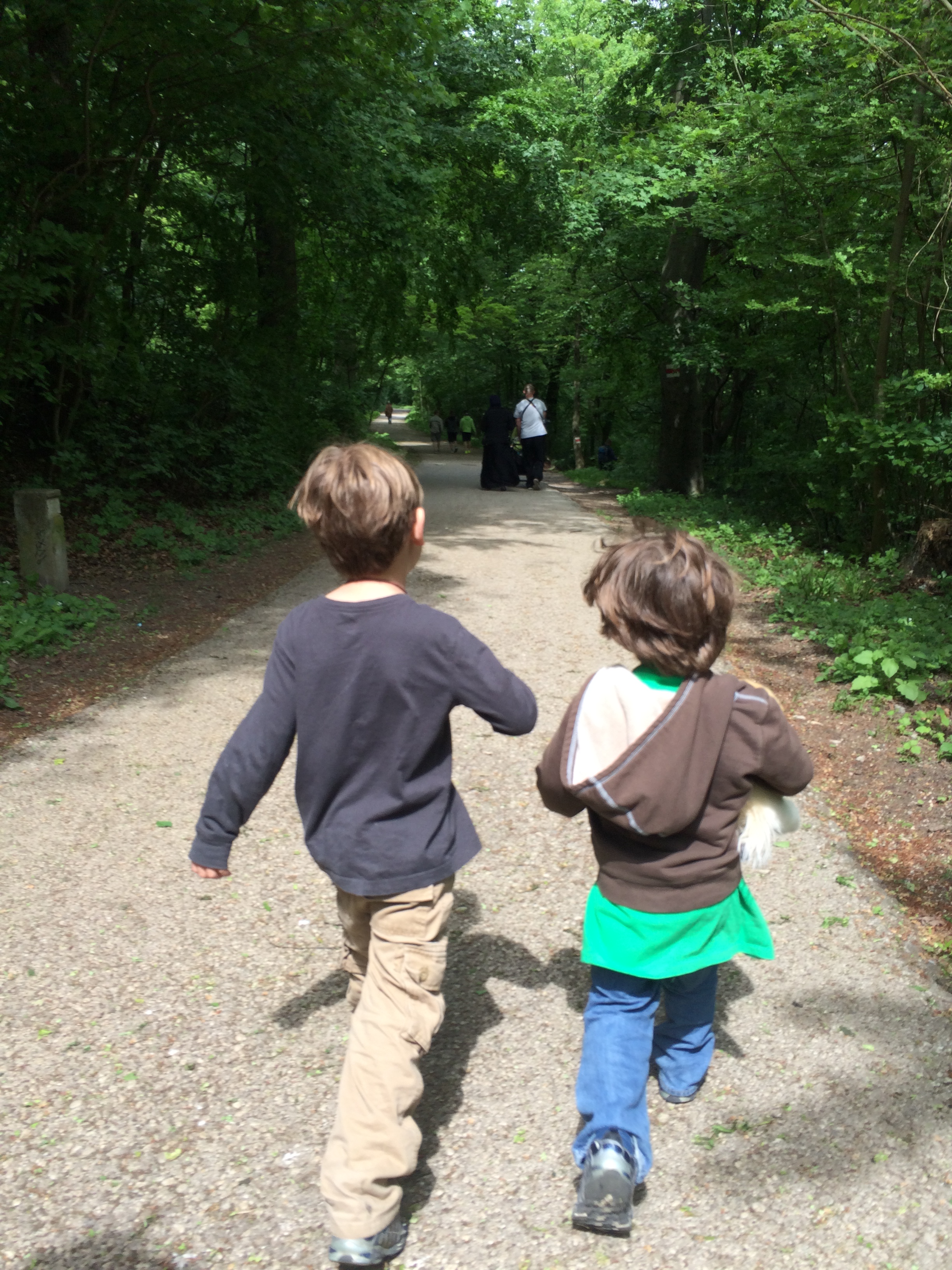 And so, we set out to do just that.  We took the bus to the stop where we had quit during our early April snow shower hike.  Luckily for us, it turned out that we had done very nearly all of the uphill hiking on our previous journeys, and we had only to walk down the hill to Vienna.  That also meant that we were also able to start our hike with a gorgeous view over the vineyards and down into Vienna.  And then we set off, down the hill, through the woods.

The boys had brought stuffed friends along with them, as well as binoculars, and we took lots of breaks — to look at bugs, climb on trees, and admire the lovely views.  Our walk through the woods gave way to a walk along the edge of some of western Vienna’s many vineyards, and then along some hilly ridges lining farmland. 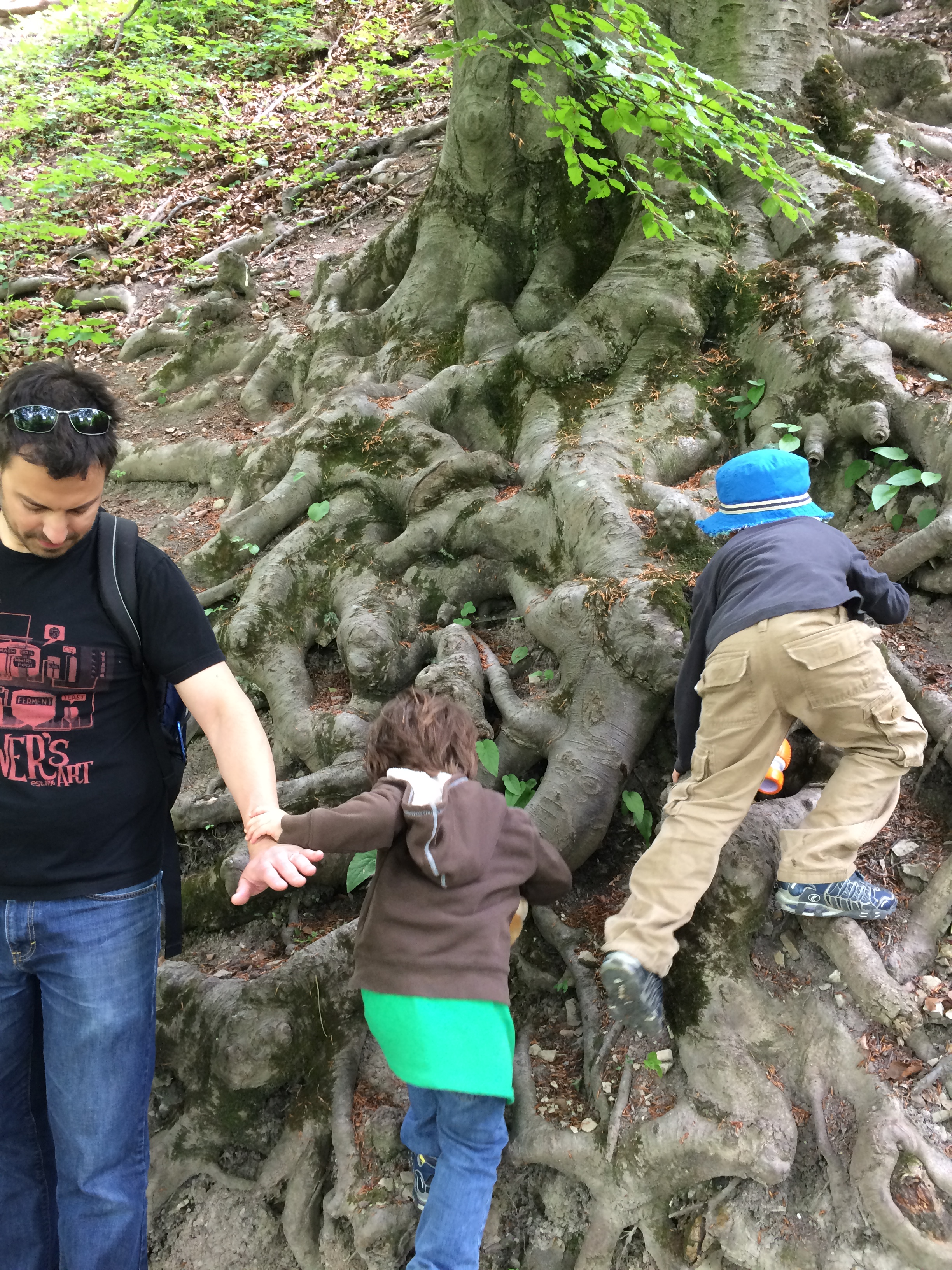 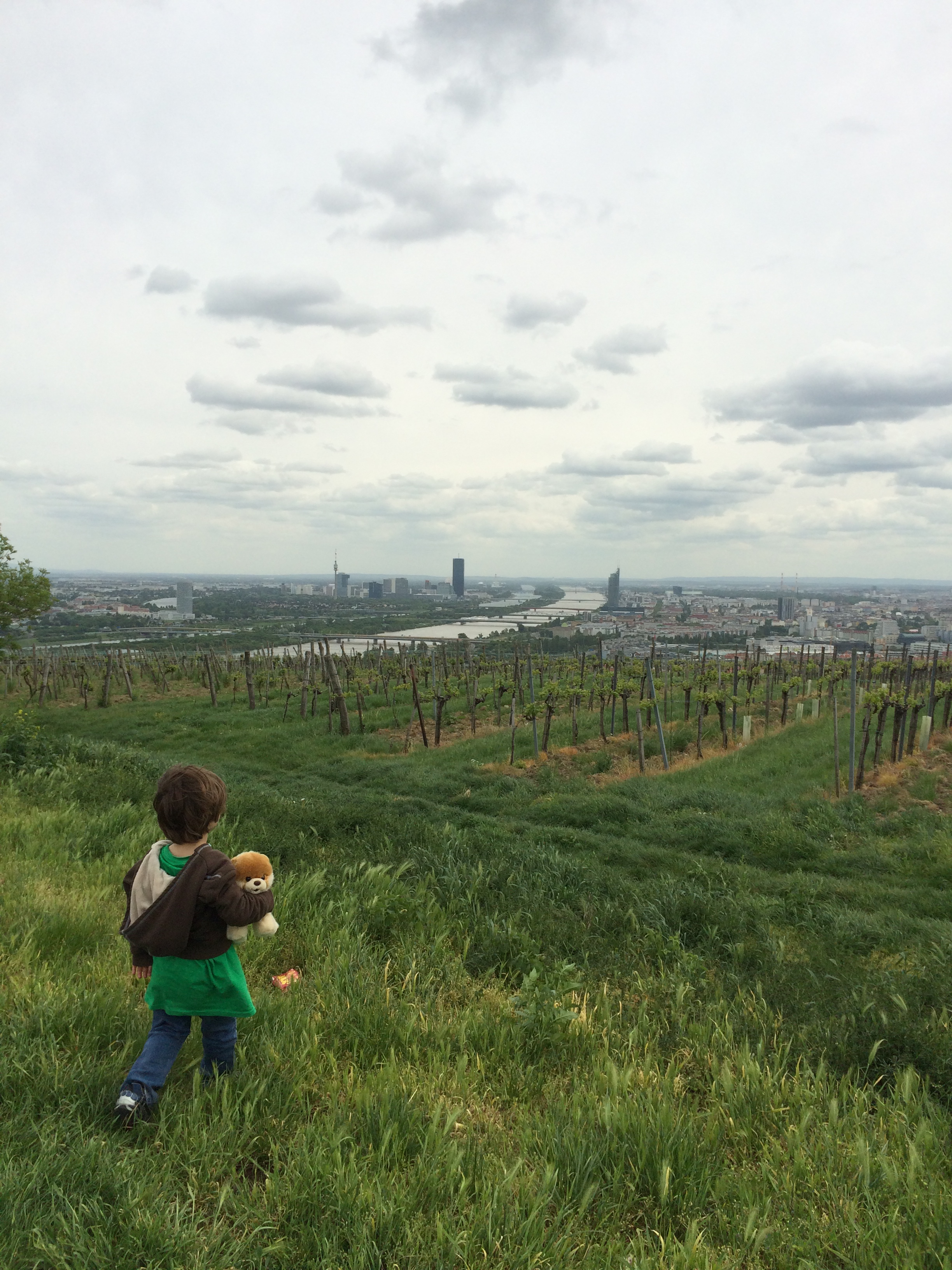 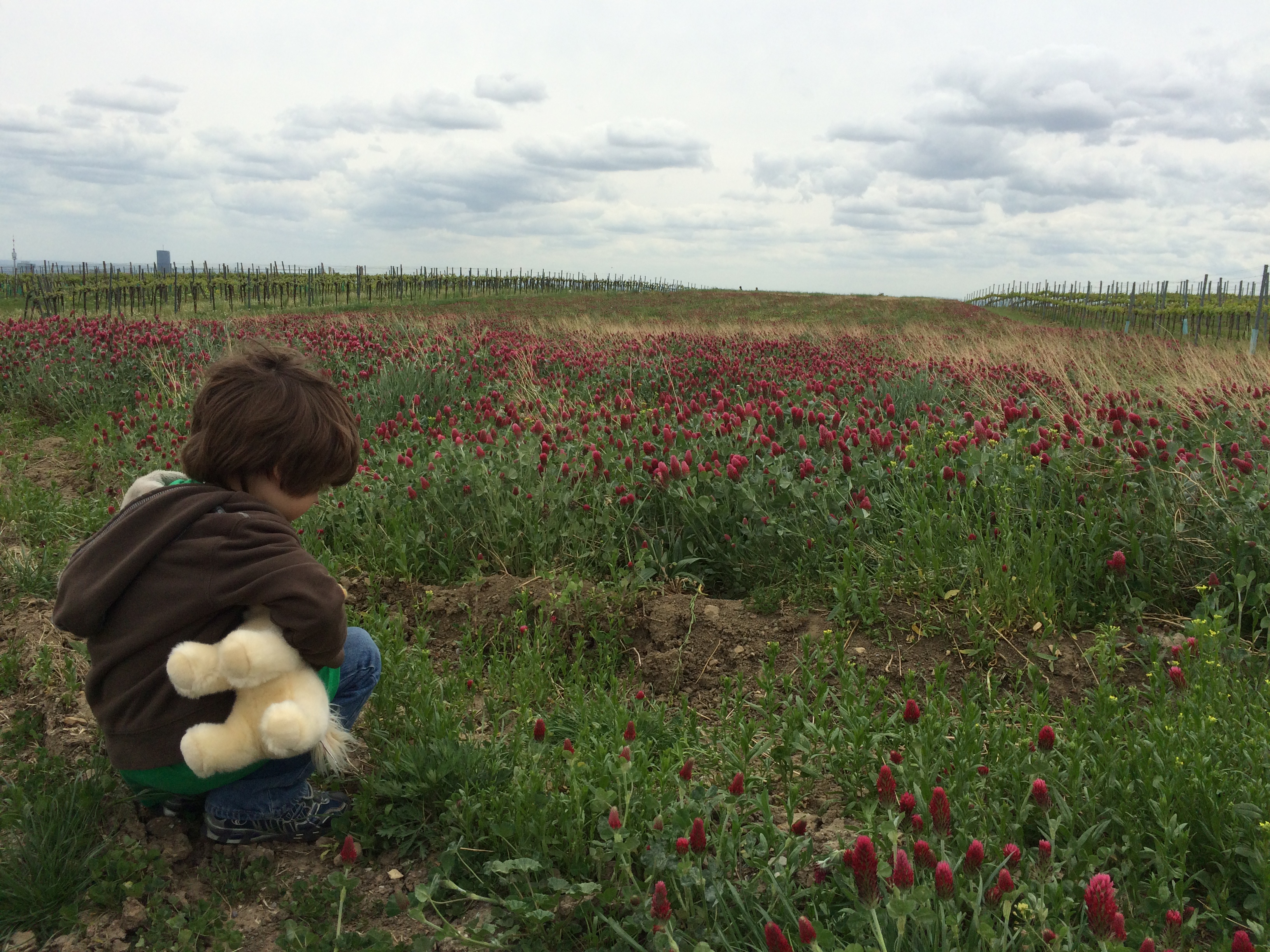 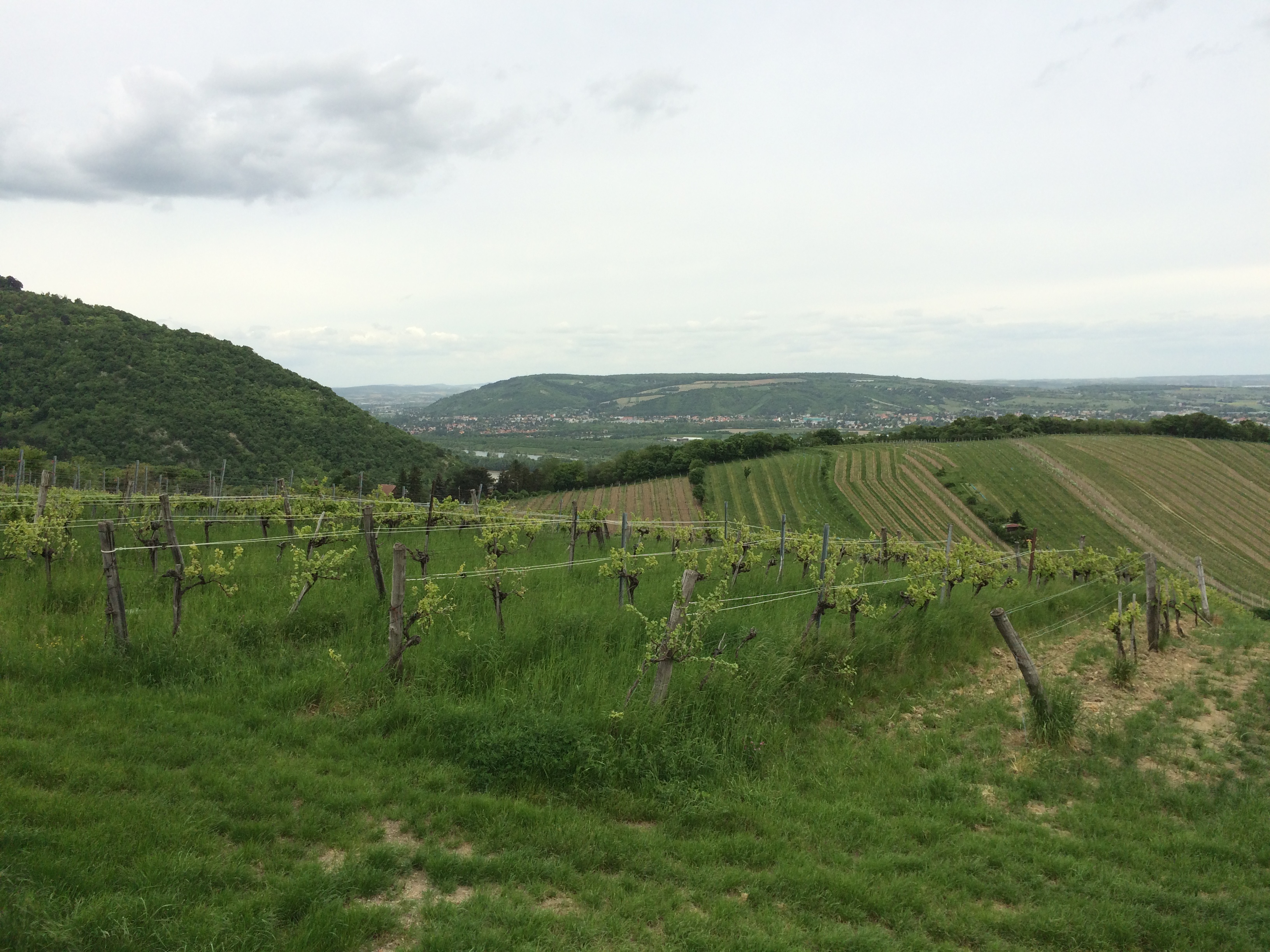 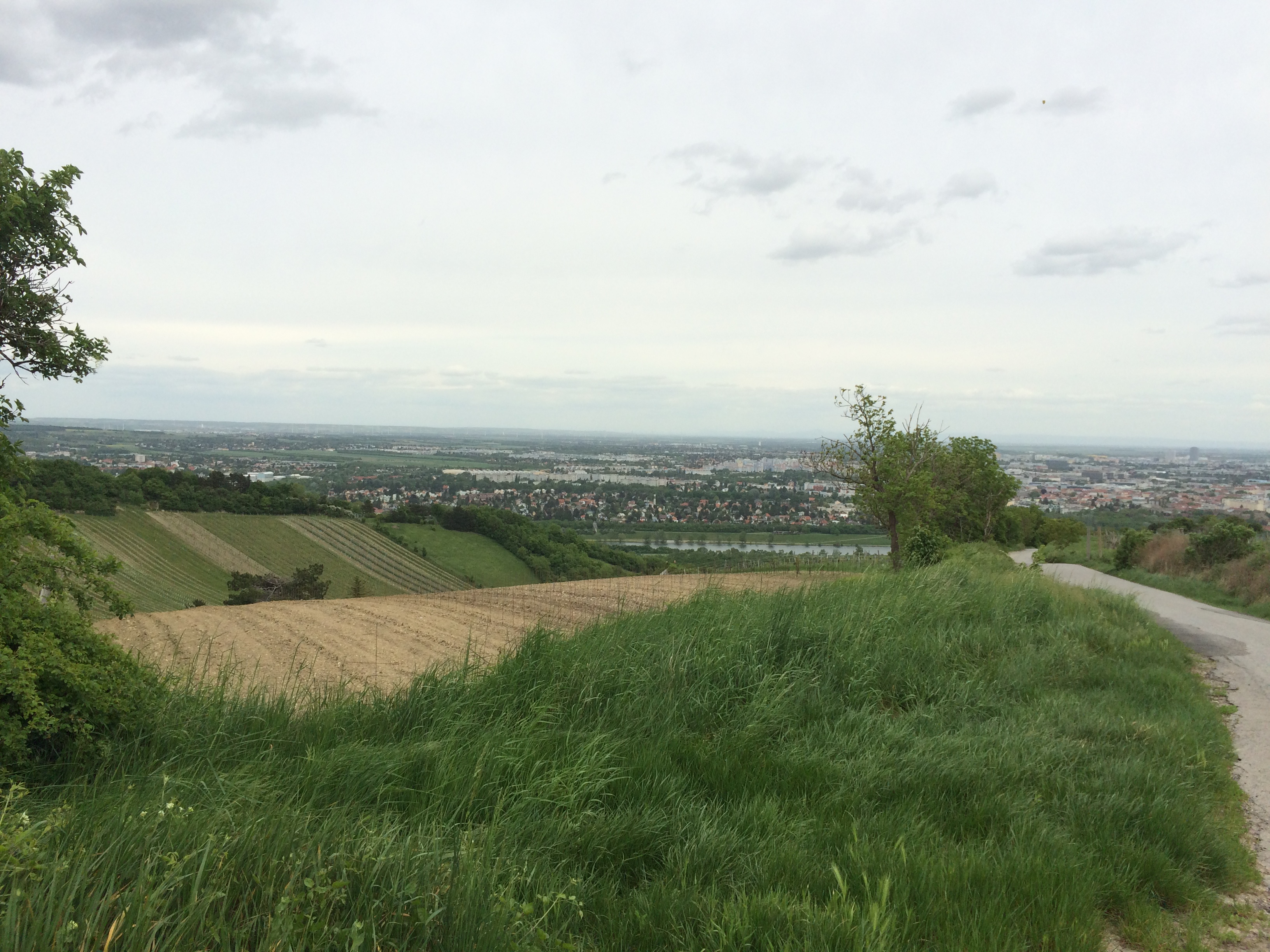 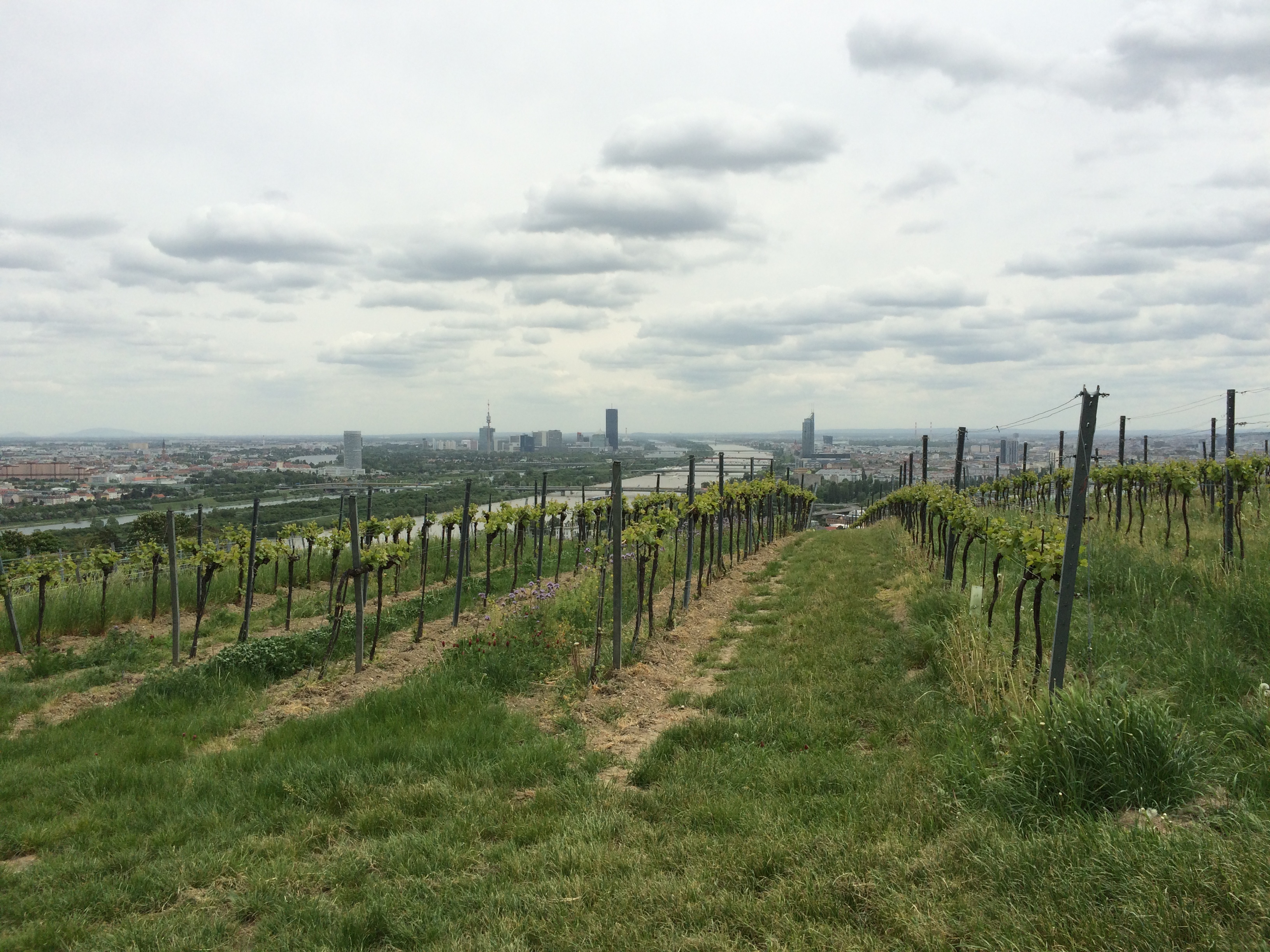 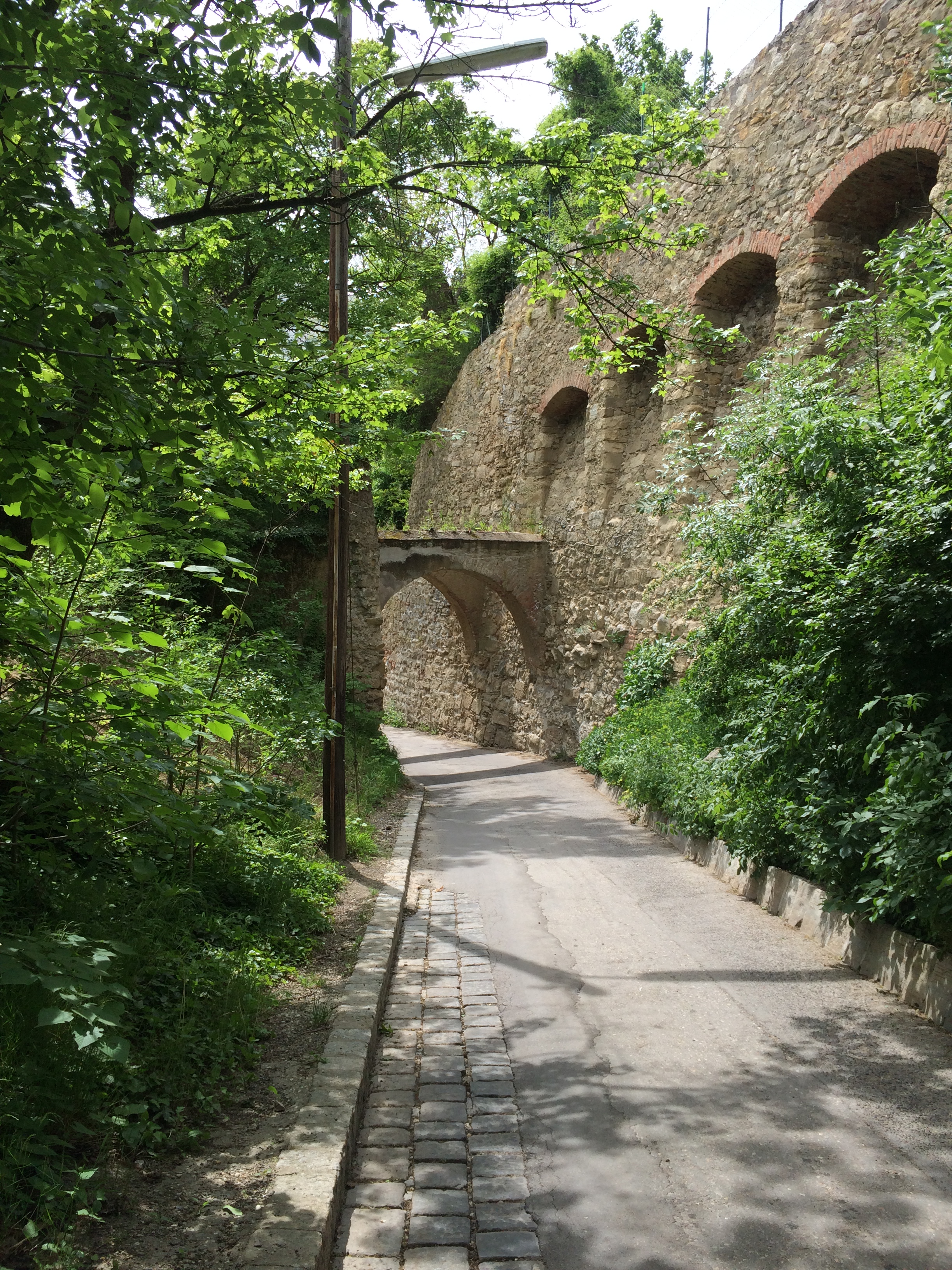 We walked, and we walked, and we walked, and though the occasional grumble came through, they were remarkably patient with indulging my request for the day.  We picked wildflowers, smelled lilacs, and did our best to stay out of the way of the many bikes that flew past us.  Near the end of our nearly 4 mile long hike (good thing it was mostly downhill!), the route turned steeply downward, crossed through and under what looked like maybe the remains of an old city wall (anyone know what it is — near Nussdorf, Eichelhofstraße?), and then, quite suddenly, we were in Nussdorf, at the end of the hike, and finally, completely finished.

In all, it took many tries over several years, but we did it.  And I had a lovely Mother’s Day with my boys (and I think they enjoyed it at least a little bit, too).