I sat down today to start writing about our summer vacation, and in doing so, mentioned Benjamin’s birthday party (the one with his friends).  And then I realized I hadn’t yet written about THAT … and since that came before the vacation, that’s what I’m going to write about today.  (And yes, we do a lot for birthdays around here.  If you’re counting, B had one birthday party at school, one here with his friends in June — the one I’m about to write about, one day of illness hindered festivity on his actual birthday and one day at the pool with the family, which was supposed to happen ON his birthday but couldn’t due to the aforementioned illnesses.  That’s 4.  My plan is to start the vacation stories tomorrow.  We’ll see if that actually happens.) 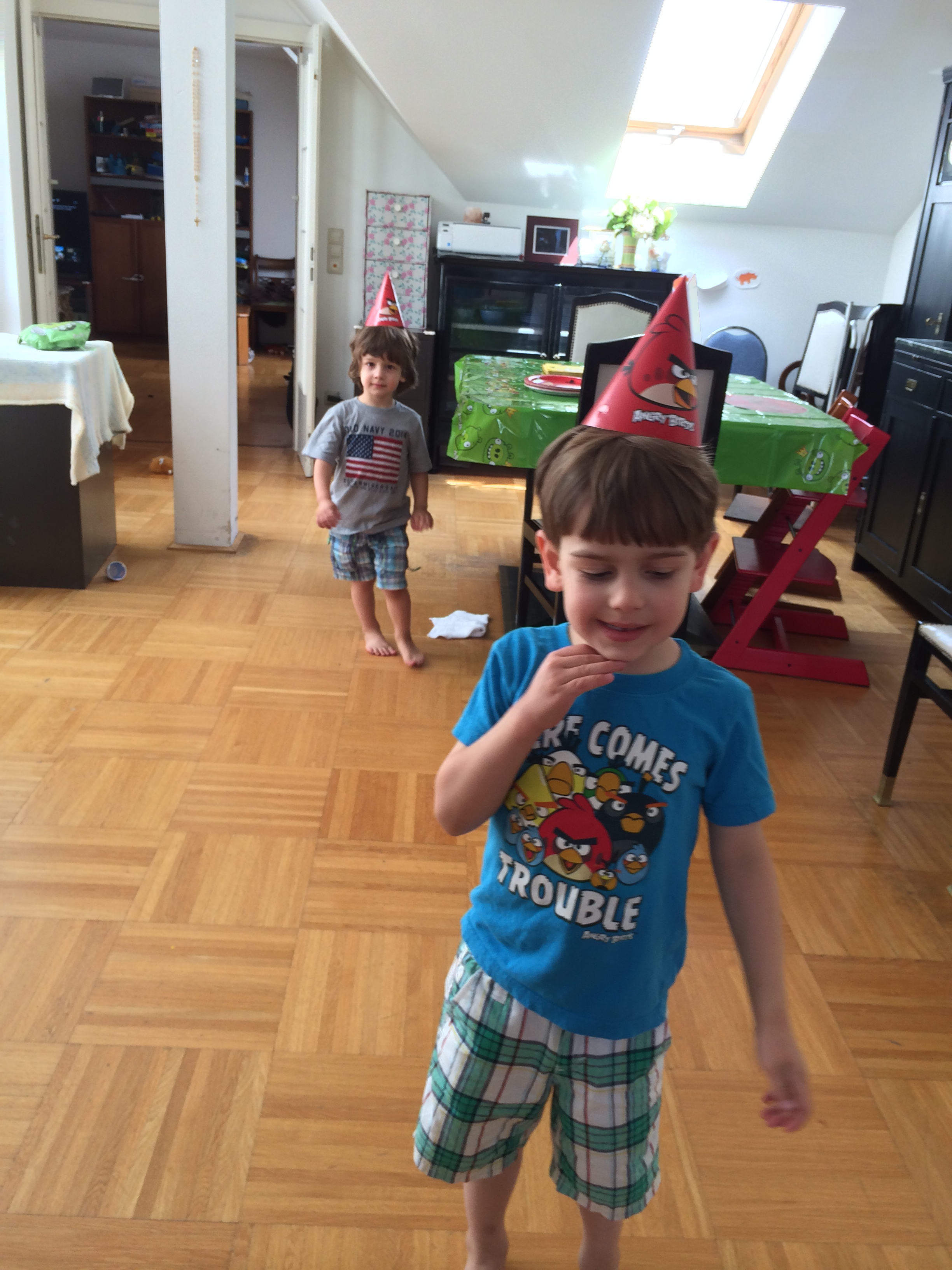 Last year, B really wanted to have a birthday party with his friends — his first.  He wanted to invite his whole class (20 kids) plus some other friends, which was very sweet but also very impractical.  This year, having a better sense of how birthday parties work here, I gave him license to invite 6 kids (one for each year of his age — stole that idea from a friend) … but he didn’t want to.  He decided that he only wanted to invite his best friend and his best friend’s little brother (conveniently, also Liam’s best buddy from school).  So, that’s what we did.

That changed the feeling of it from a party to more of a playdate with fun decorations and cake, which was actually great because it made the whole thing pretty laid back.  The kids played.  We parents talked.  I encouraged the boys to play a few games we had set up, but mostly they played together really well on their own. The cake turned out pretty well (it was my first time attempting to serve a fondant cake to anyone outside of the family, so I was a little nervous).  Good times were had. 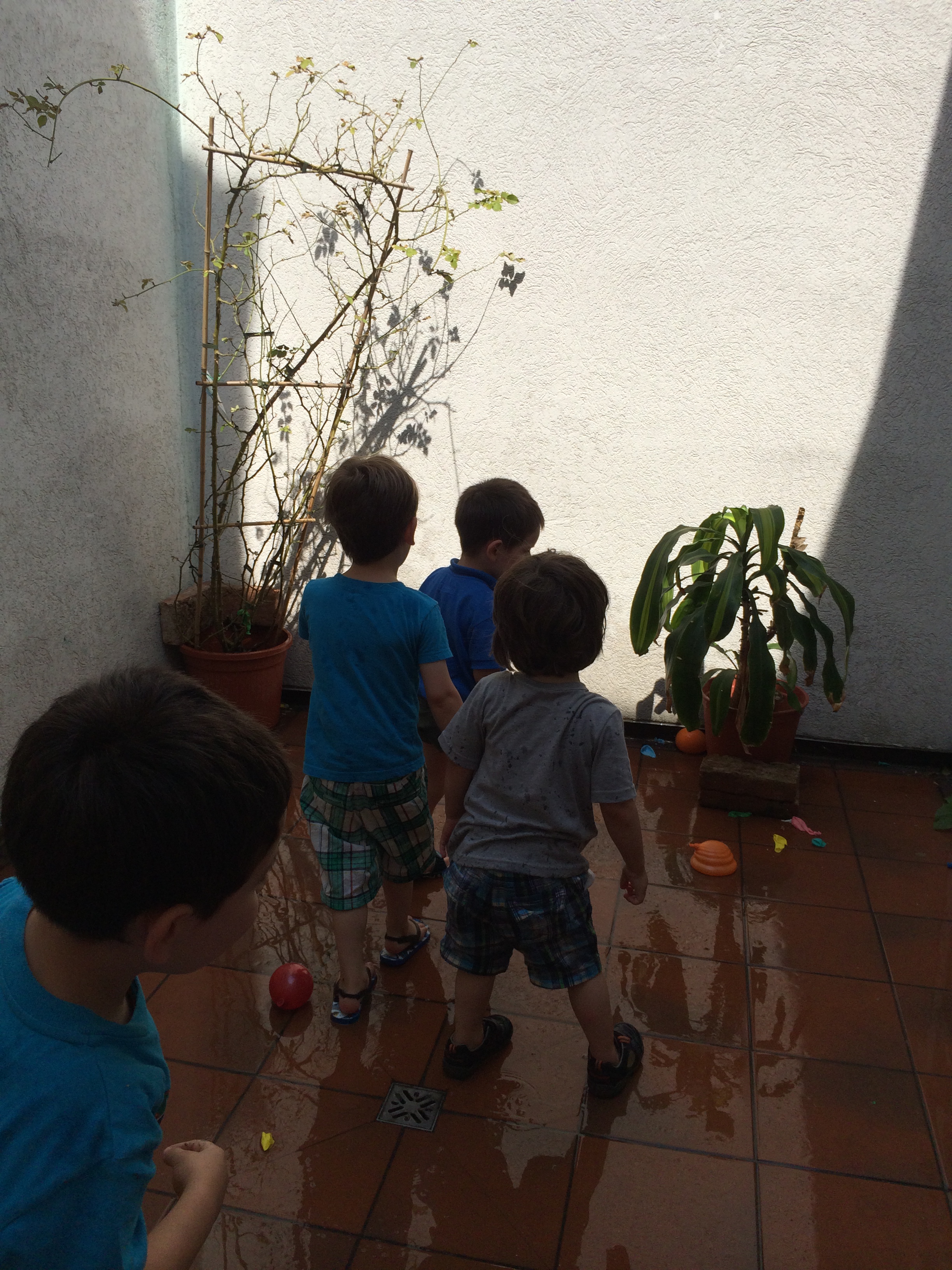 My favorite part of the day was during the water balloon game I had invented — which was basically just an excuse to get the boys out onto the terrace and playing in some water on a hot day.  There weren’t any rules, just some chalk drawings of pigs (it was an Angry Bird party) as targets for the boys’ water balloons.  The idea was to toss the balloons, splash each other and generally to be silly.  But it didn’t work that way.  As it turns out, I don’t really have any idea how to properly fill water balloons.  My first few attempts resulted in a soaked bathroom floor, so I took a conservative approach and didn’t fill them to capacity.  Turns out, though, that underfilled water balloons are nearly impossible to break.  So, the kids spent about half an hour attempting to break the same balloons over and over again.  Every so often they’d manage to get one, but generally, it took 6 or 7 tries per balloon.  I was worried they’d tear through them and be finished in 5 minutes, but that wasn’t a problem.  It was generally hilarious.  Luckily, they enjoyed the process (and the results) enough to not particularly mind.  They remained both determined and entertained throughout, everyone got sufficiently soaked, and a good time was had by all. 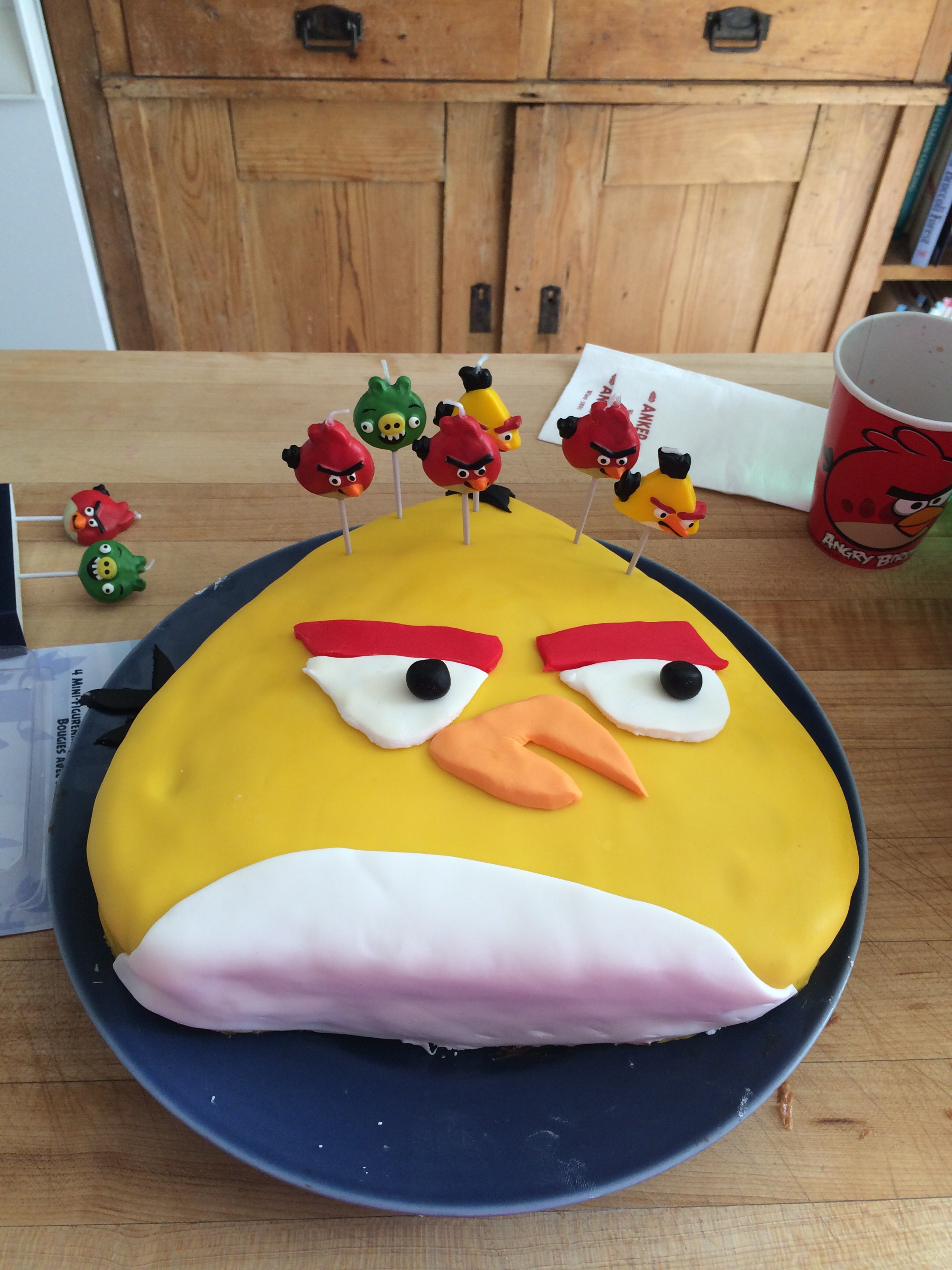 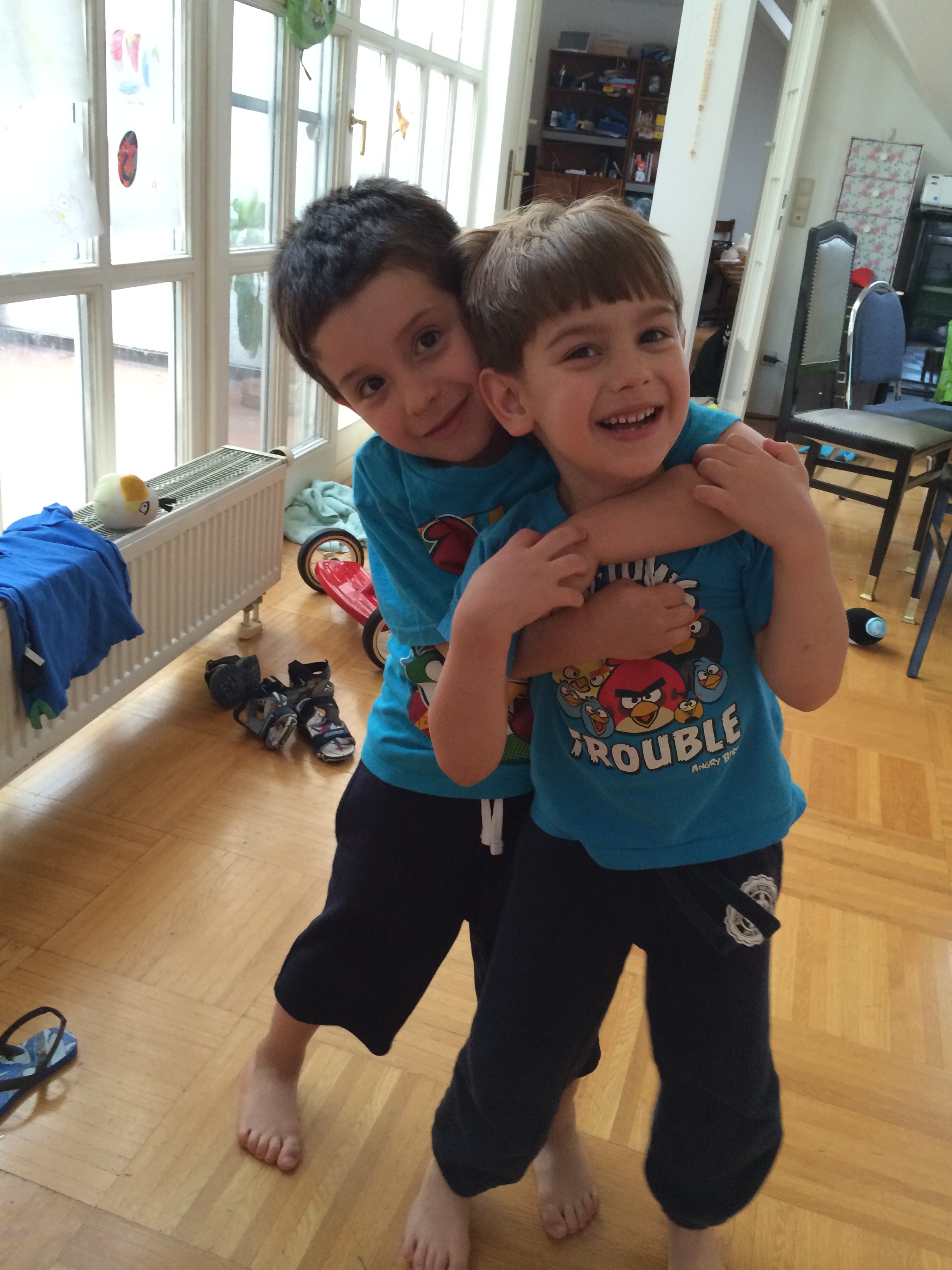