I’ve been absent from writing on the blog for about two weeks.  We’ve had a couple of busy weeks here with illnesses for the kids (both boys had a round of “Hand, foot and mouth disease” which lasted several miserable days apiece) and then, the very first day in over a week that we’d managed to get both kids to school, Liam had an accident at school which resulted in him being rushed to the emergency room by his teacher (more on that later, but the upshot is that he’ll be fine . . . but he did have to stay home and recover for the rest of last week).  Today was the first day in quite a while that was more or less “normal”. 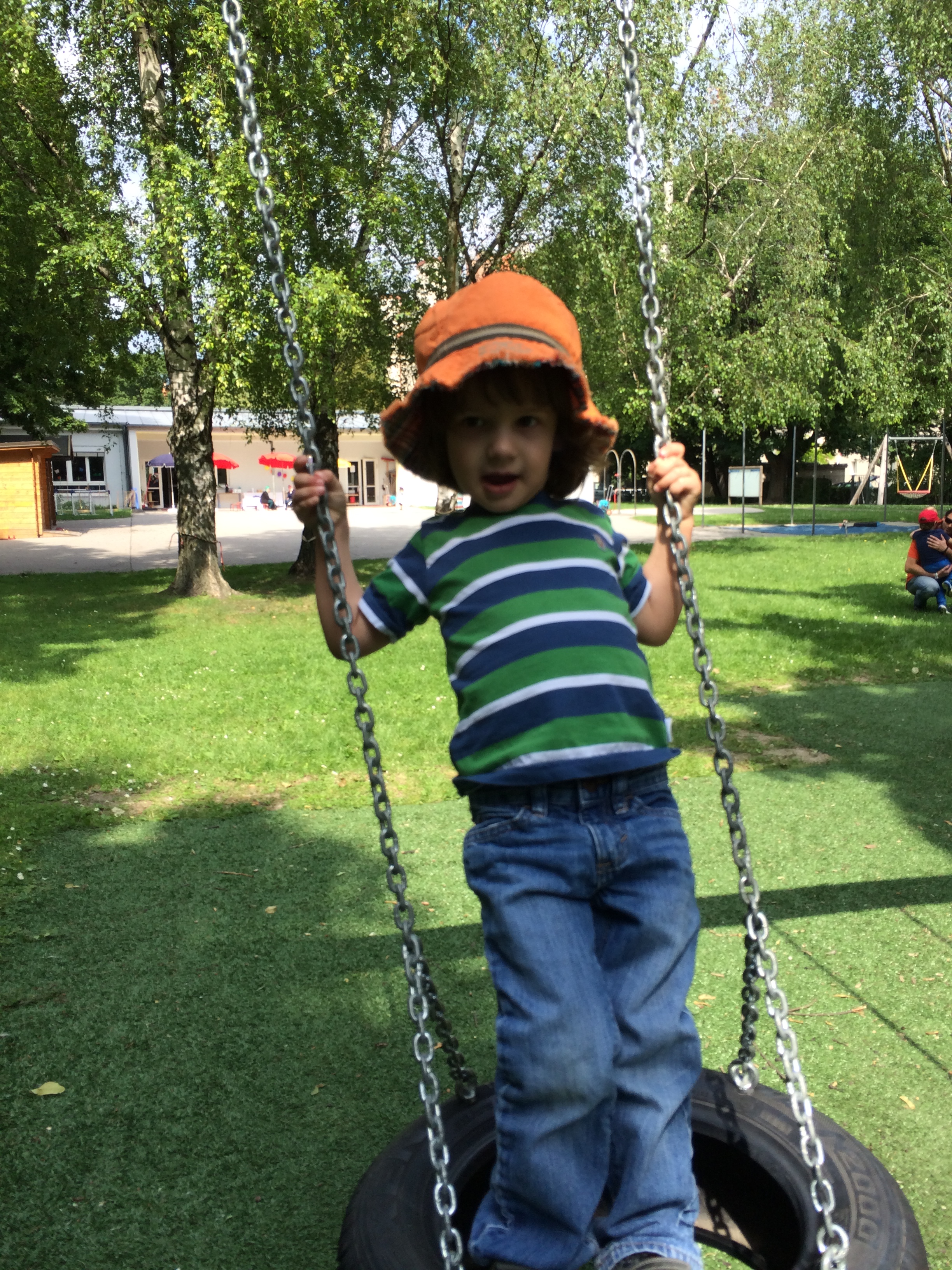 Last week, after Liam’s bout of illness, in the middle of Benjamin’s, and before Liam’s injury, Liam’s class held their end of the year family party, kind of like B’s class had done a few weeks before.  B was, sadly, too sick to go (he had just gotten past the 103+ degree fever phase of the illness, but was pretty distraught at having to miss out).  One of us needed to stay home with him, so only one of us could go to the party with Liam.  I took Liam to his party while B & Dan stayed home.

Over our three years at this school, we’ve gotten used to a pretty typical pattern of end-of-the-year family activities.  The first year, the whole school participated in a water-themed party (made slightly more complicated by the pouring rain that day).  Last year, the whole school got together for a carnival-themed party in the garden.  This year, each class held their own celebration, rather than holding one school-wide family day. 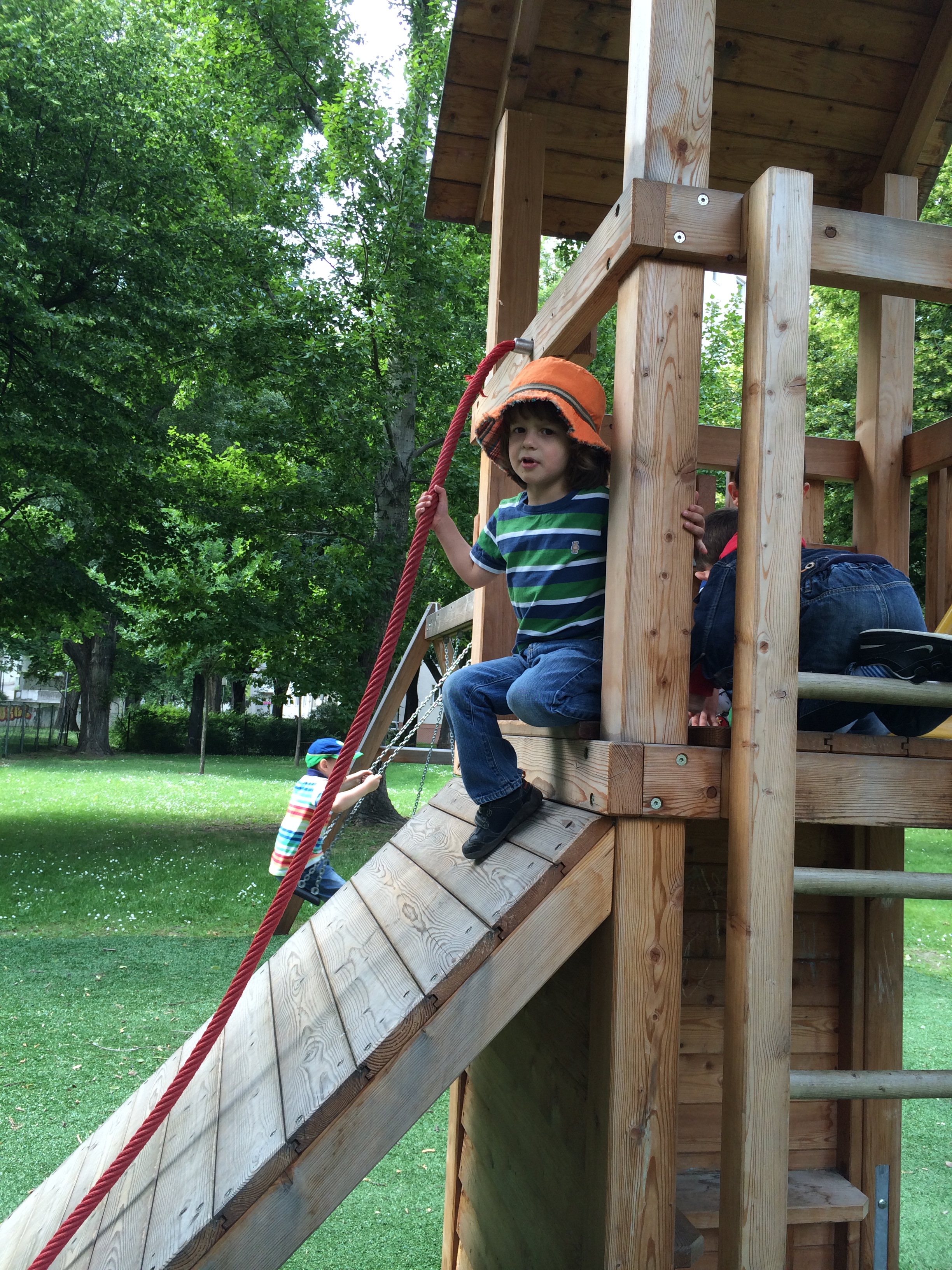 But where the previous parties, and B’s year-end celebration, had been very planned and orchestrated, Liam’s was really laid back.  There was no program or schedule.  There was just an hour and a half of free time to play in the garden and eat desserts the kids had made (Liam missed out on actually making the desserts because he’d been sick).  There was nothing to “do”, just time to play.

At first, I thought we were just waiting to get started, but once I figured it out, we had a great time.  Liam *loved* getting to show me around the playground.  He loved getting to play with his friends AND with me at the same time.  And I loved it, too.  I pushed him on the swings and watched him play on the slide.  We ate cake together and drew pictures with chalk.  We had a lovely time.  And, when the rain started, we headed home.  It was a quiet party, but a very nice day.