A few weeks ago, I said I was going to spend a day each week catching up on old things I meant to write but never did.  I haven’t.  But today I shall!  I have a ton of notes and memories jotted down from our summer trip to the UK last year.  Already, some of the details are starting to fade, which makes writing about it daunting … but I also know that my memory is only going to get worse as time goes on, so I’d better get on with it!

When last I wrote about our trip to England, I was explaining about how welcome we all feel when we visit our favorite place in the Lake District.  It’s beautiful and charming with gracious hosts, fantastic food and stunning views.  Plus, it’s in at least one of Beatrix Potter’s stories, so it’s a definite win across the board.  (Go there and stay.  Eat scones.  You’re welcome.) 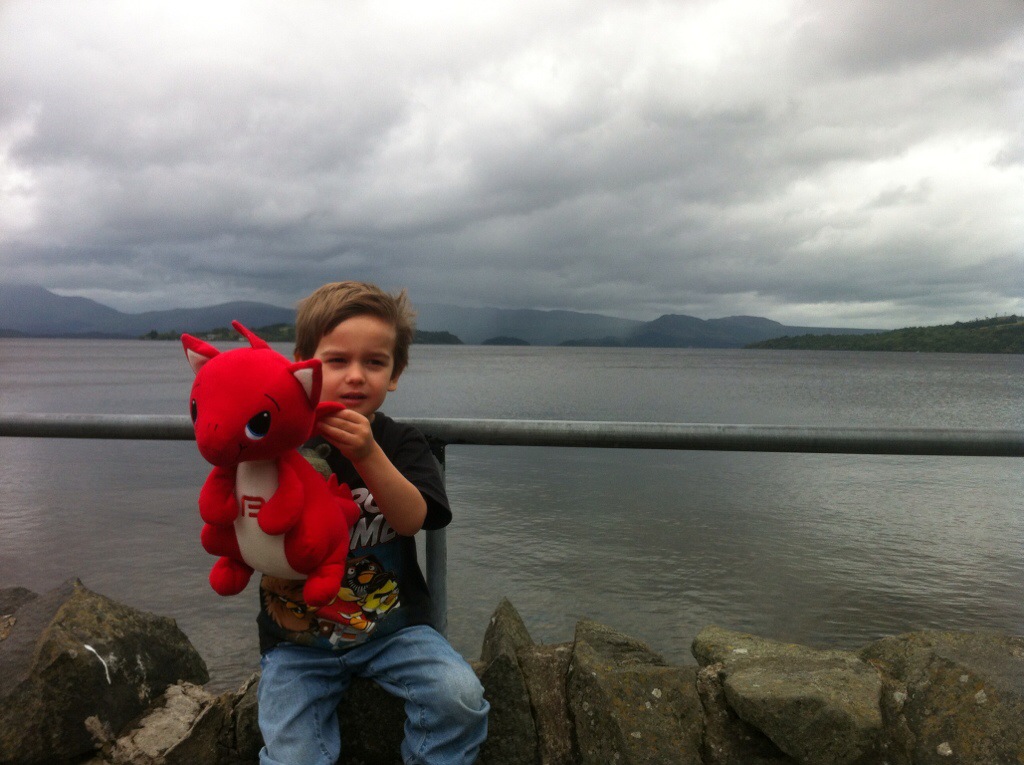 After a few days, though, our lovely time in the Lake District was at and end.  We took a short journey up to the unintelligible city of Glasgow (seriously, I had no idea what anyone was saying — I do better in Austria).  Glasgow was just an overnight stop on our way further into Scotland, though. 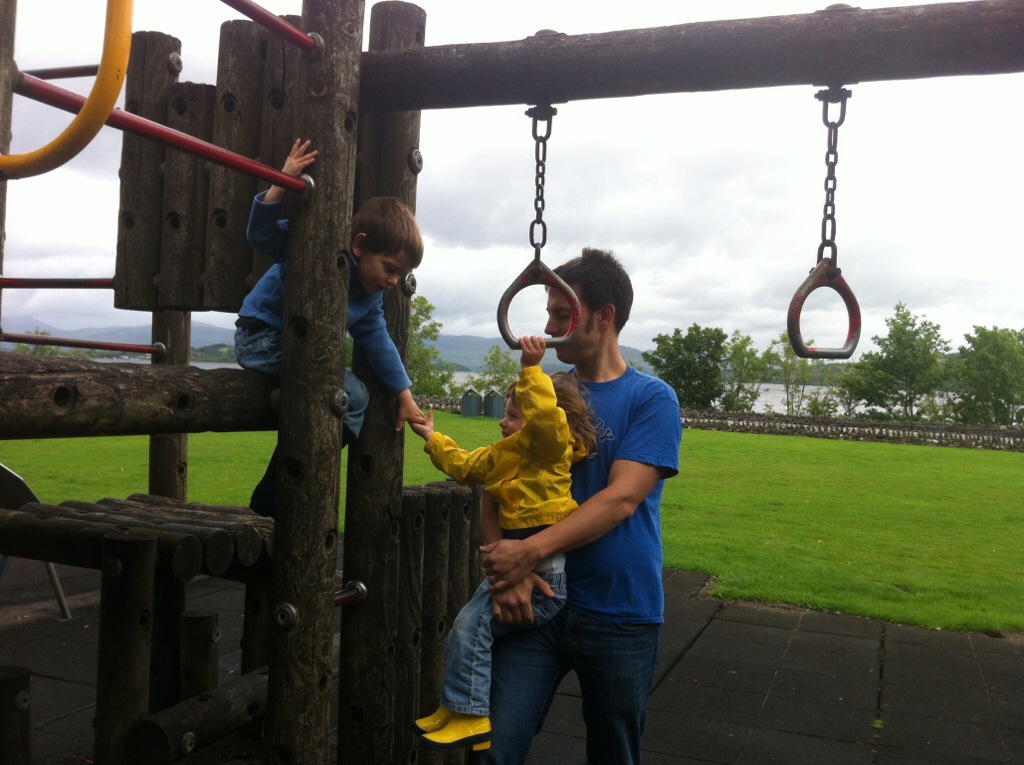 On our last trip, the Scotland piece of our journey got seriously truncated because first B, and then Liam, got sick.  So last time, instead of venturing up into the Highlands, we stopped at Lockerbie (which I think may actually be the first exit off the highway upon entering Scotland) and, from there only got as far as Edinburgh, once we were all (mostly) feeling better.  This time, I was absolutely set on seeing more of Scotland … and I was in no way disappointed. 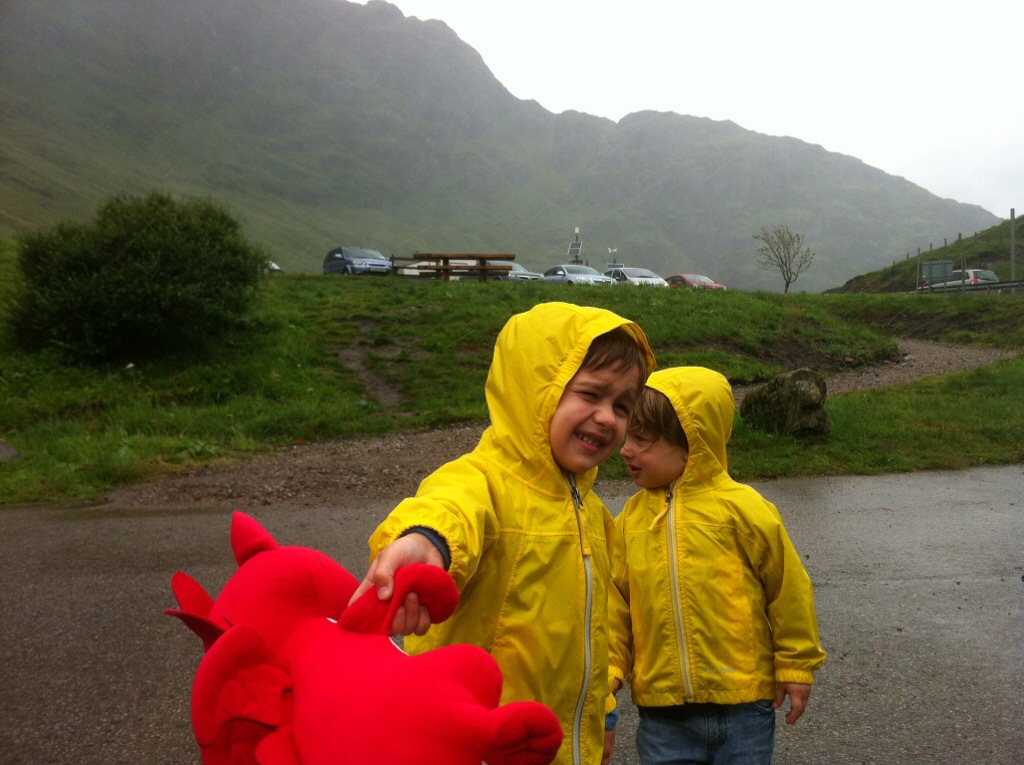 Our plan for that first day was to journey from Glasgow up to Fort William in the Western Highlands.  It SHOULD have been a 2-3 hour drive plus stops for lunch, leg stretching and appreciating the scenery.  It took us over 8.  Scotland is amazing and beautiful and we could not resist stopping constantly and taking tons of “optional” detours. 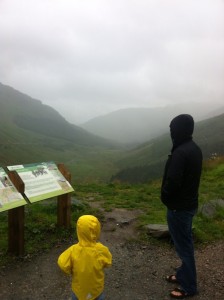 We played at a playground next to Loch Lomond.  We stopped and got suddenly and thoroughly drenched at the “Rest and Be Thankful” pass (we had hot chocolate there, too).  We drove alongside the ocean to Inveraray where we had lunch and played on the slippery shore of the sea (take a look at a map … it was NOT at all “on the way”).  We spent 10 miles driving through beautiful and rugged Scottish countryside along a raging whitewater river on a single lane gravel road.  (The GPS sent us that way, and every time we had to pass another car I was sure we were about to end up IN the raging river.  I was also absolutely sure we were going to end up as one of those apocryphal stories about “the dumb and fatal things people do because their SatNav says to”.  But we didn’t and it was beautiful.  I’m glad Dan made the decision to continue on that way . . . against my objections.  It sure beat the motorway!)  We took an essential potty break (a new, but important part of travel for us — on our last road trip, it was just the adults using the bathrooms, so there were many fewer bathroom stops) at the Glencoe Mountain Resort, which feels like it actually might be on another planet, at the top of the world, or perhaps straight from the Hobbit. 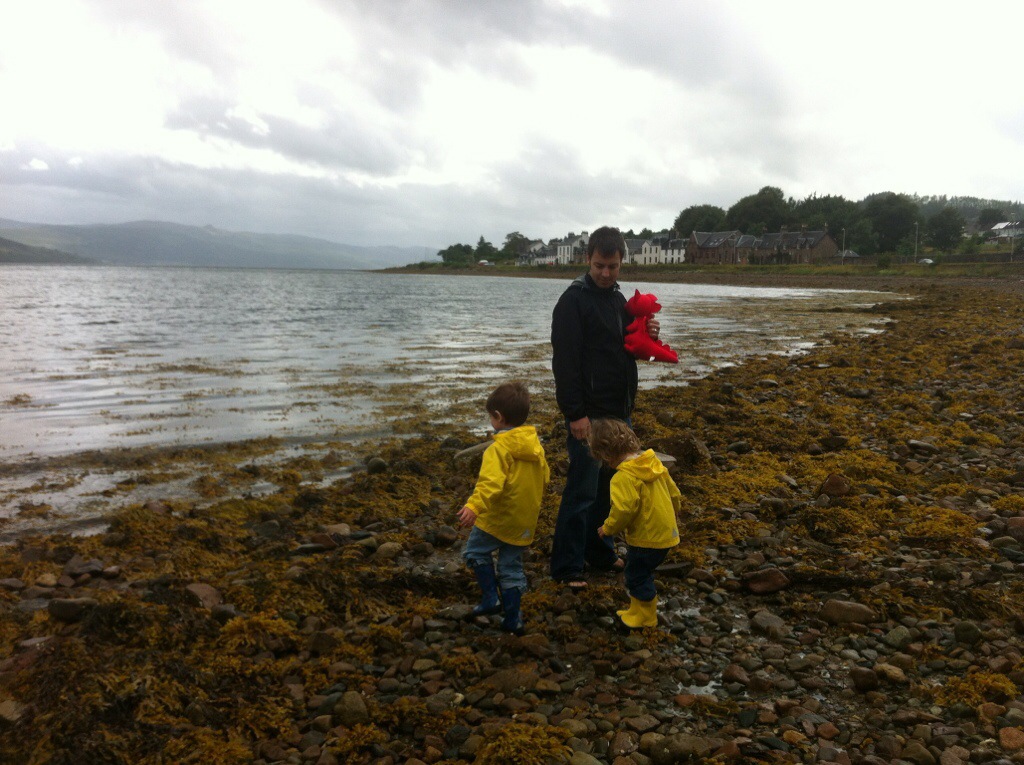 Scotland — you are beautiful.  The parts of Scotland that we saw (and this was all just our first day!) were stunning, vast, and wildly beautiful.  I don’t know exactly what I expected Scotland to be like, but it wasn’t whatever I expected.  It’s really … big … open … mountainous … and it’s also mostly by the sea.  It is not just like Ireland, nor like England.  It is wonderful in its own right. 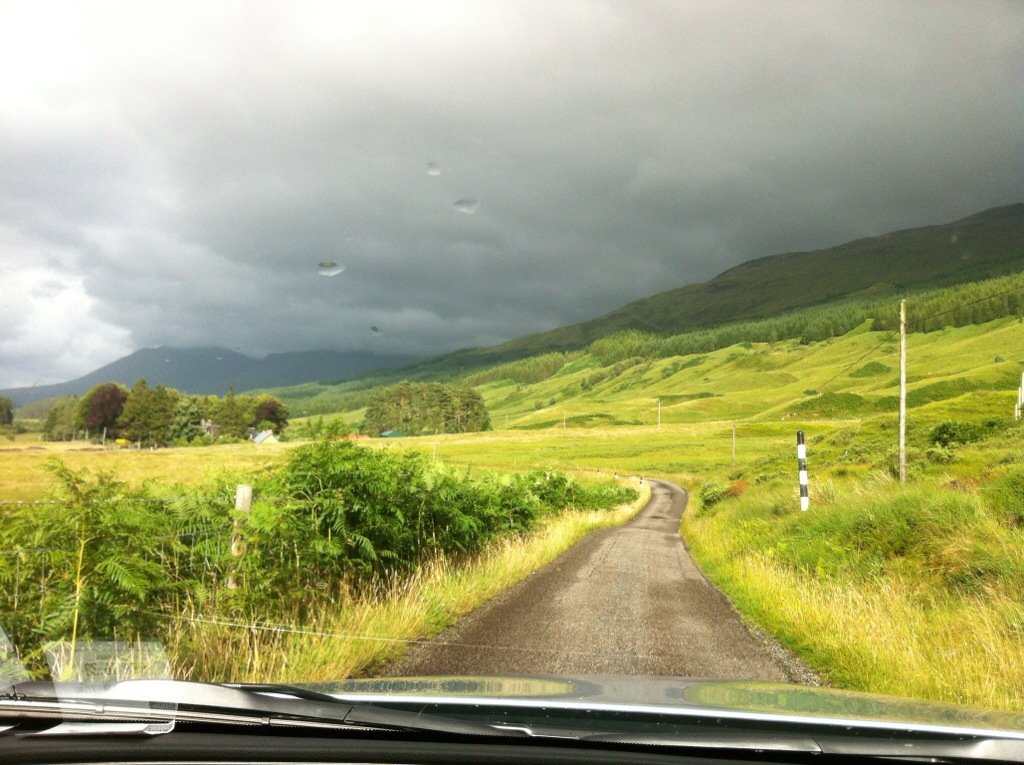 And that is why it took us almost 4 times as long as it was supposed to — because we fell in love and could not tear ourselves away.  August 3, 2013 was the day I fell in love with Scotland.  It was worth every single minute of that 8 hour “2 hour drive”, and I would do it all again, anytime.  (Though maybe not in the winter, because those roads were treacherous enough in summer!) 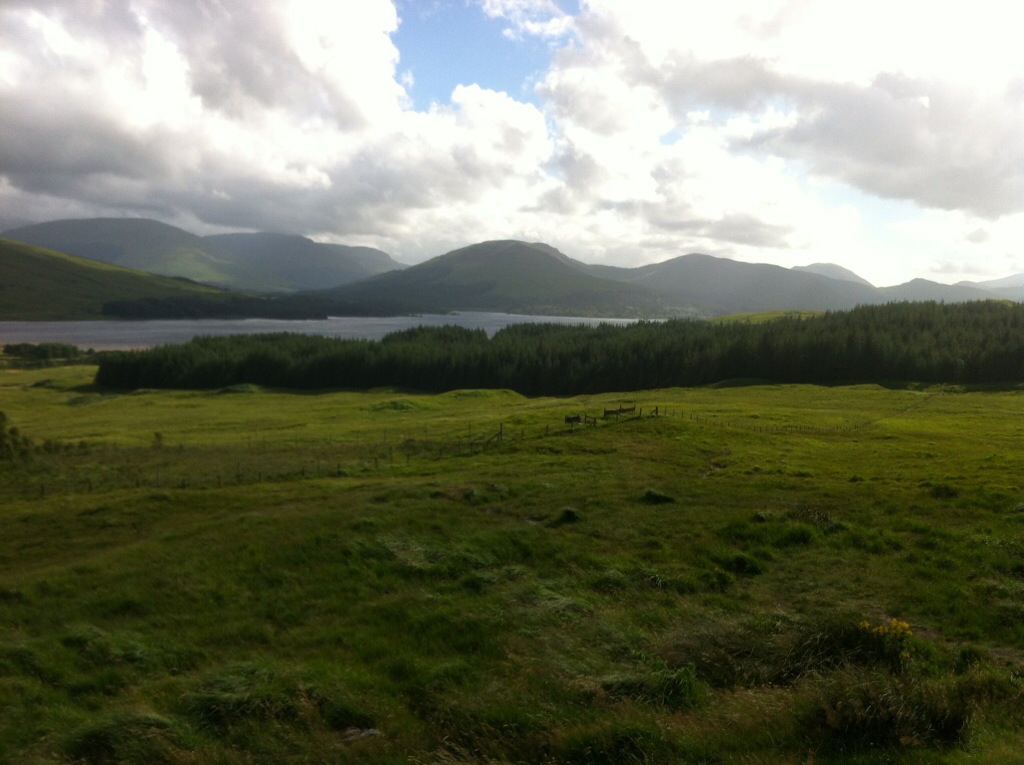 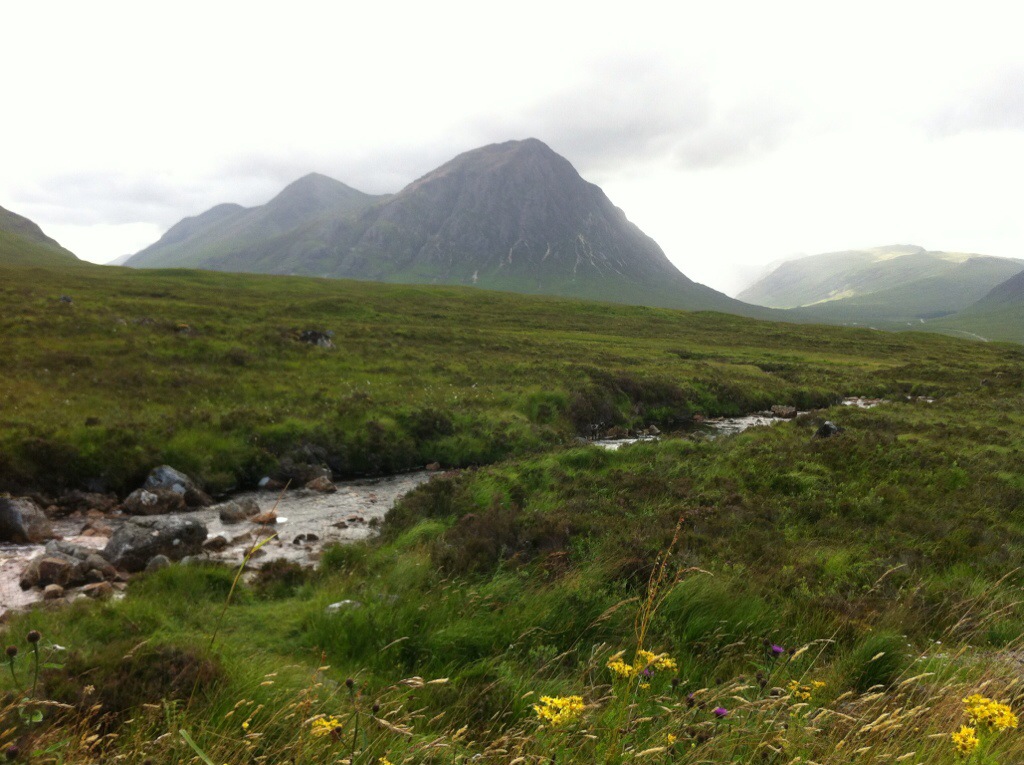 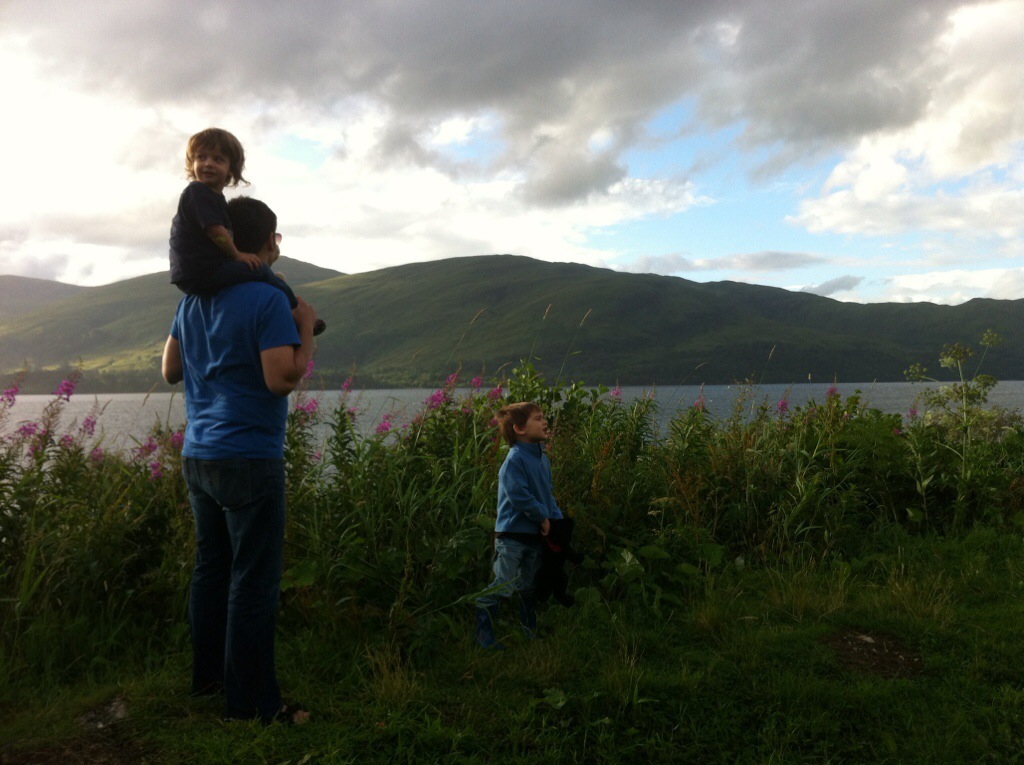 3 thoughts on “Never to be seen again”