In my life before parenting, I wore many different hats.  I was, at different times, a dance instructor, a software engineer, a horseback riding teacher and a waitress.  I’ve often noticed how each of these professions prepared me for parenting, but, of all of them, I thought software engineering was perhaps less applicable to my current life than the others.  Until I had an epiphany today:  building a train with my 3 year old is EXACTLY like working with any of several difficult managers I encountered in my engineering days.

It goes like this:
Manager/3 year old:  “Let’s take on this project!  I’m very excited!  But I’m relying on you to do most of the actual work.”
Me:  “Great!  I’m excited too!  I really enjoy this kind of work and I’ve thought of a clean, sophisticated, elegant way to do it.” 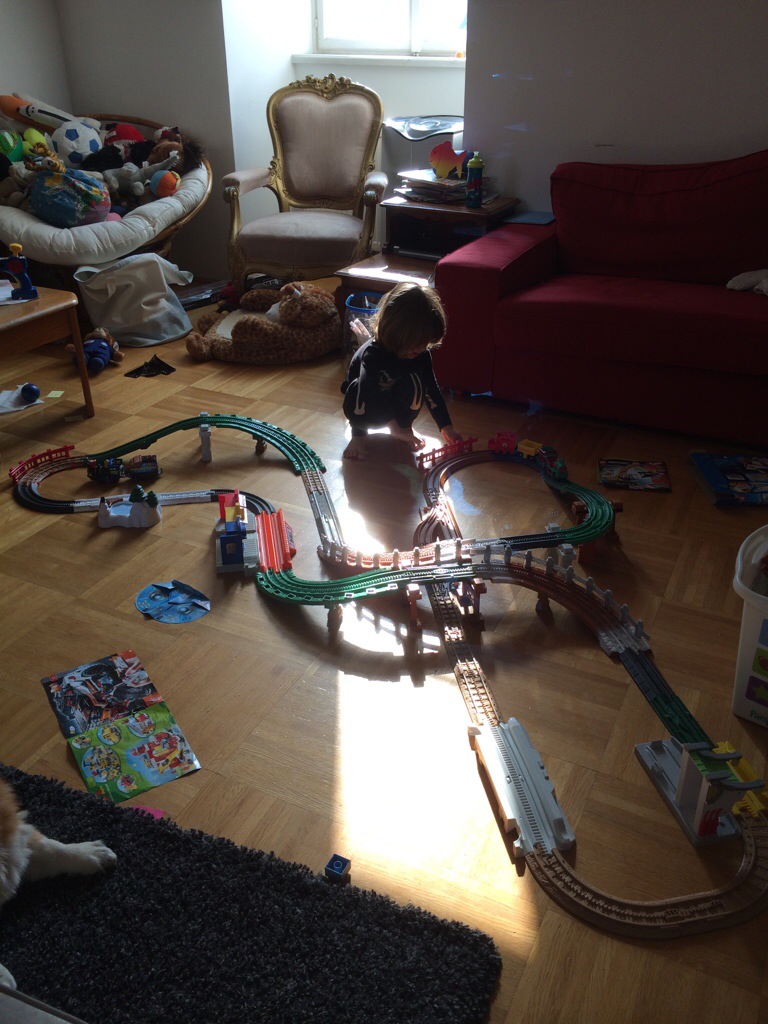 The project is finally complete when I make something work that meets the criteria (but which doesn’t bear any resemblance to an elegant solution) all while telling them they’re getting what they ask for as I quietly hedge and stick in as many not-desired but essential features without drawing attention to what I’m doing.  (Distracting them with bells, whistles and flashing lights can be very useful at this stage.)

At the end, success is counted by not having them destroy the entire project before it’s even operational out of frustration at your inability to bend the laws of physics.    And then I get this:

And I thought parenting and engineering had nothing in common.