I have this habit of leaving off pieces of the adventures we take when I recount the stories.  Ever since I stopped writing the blog WHILE I was traveling (to allow it to feel like more of a vacation) I’ve found that I get back, start to write about it, and then life happens and I get caught up writing about something new that is happening at that moment, which means that I often don’t quite finish telling the stories of our travels.

I want to get caught up, so I’m going to plan to spend at least a day each week catching up on old stories that have yet to be told. 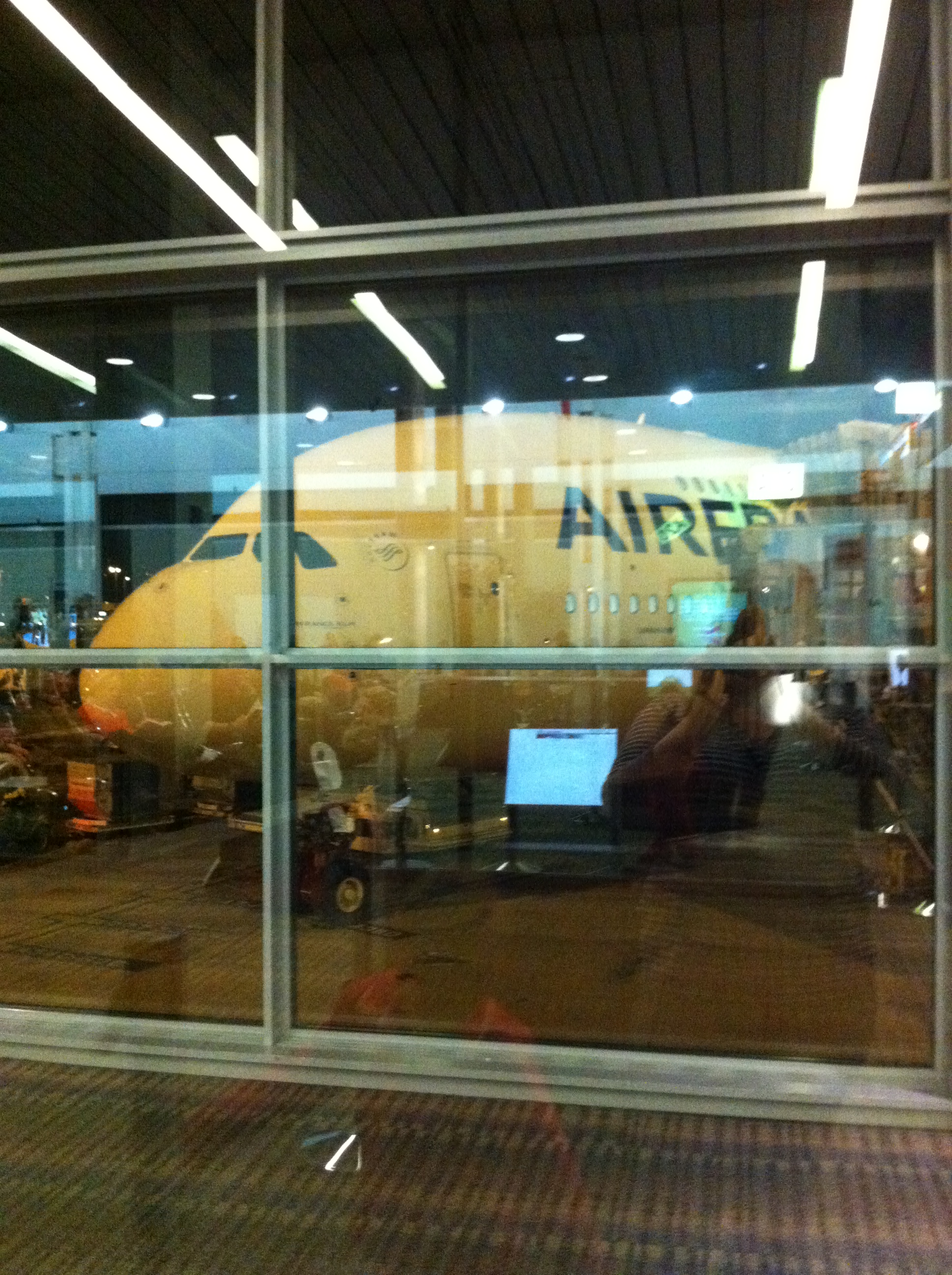 The snowstorm that came at the end of our trip home to the US for Christmas was a ton of fun for the kids (and I’m extra glad they got to experience it since we barely got any snow this year in Vienna).  But the other result was that our return flight ended up significantly delayed, which made for kind of a crazy day all around.

I have to give Air France a ton of credit for how well they kept us informed about the developments with our flight.  I woke up the morning of our departure with both a text and an email waiting for me about the initial rescheduling of our flight.  Because we had nearly 12 hours notice, we were able to relax, enjoy an extra few hours with family and let the kids play in the snow a bit more.  They also seamlessly took care of rearranging our connection each of the several times the flight was pushed back a little later, which let us spend our last day packing and enjoying instead of stressing (overly much) about how we were going to get home. 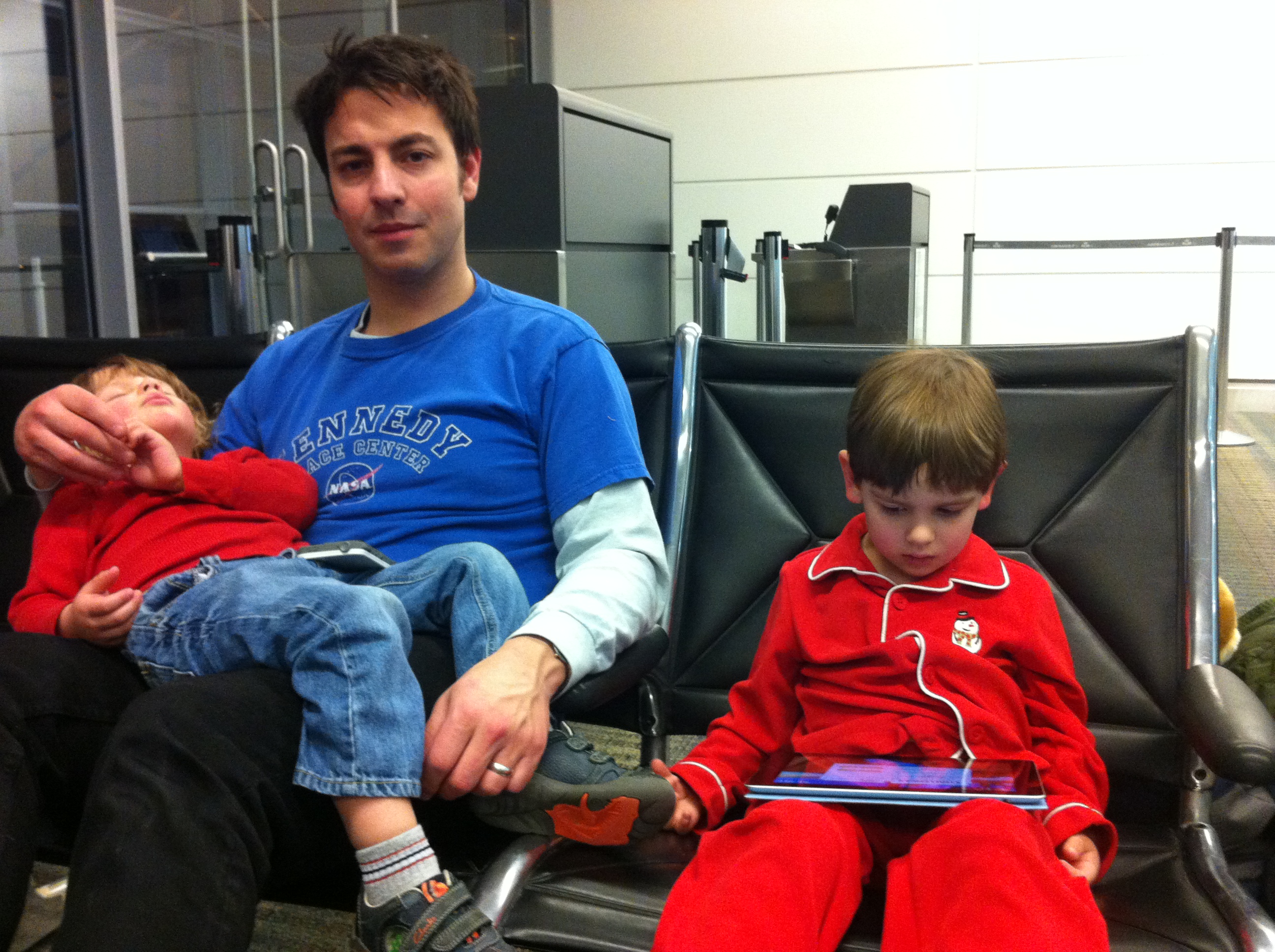 Late that night, we finally headed to the airport (with much gratitude and sad goodbyes to so much of our family who drove us over there) to wait for a while longer in an effectively closed airport.  When we’d first planned the flight, a 7 pm departure seemed 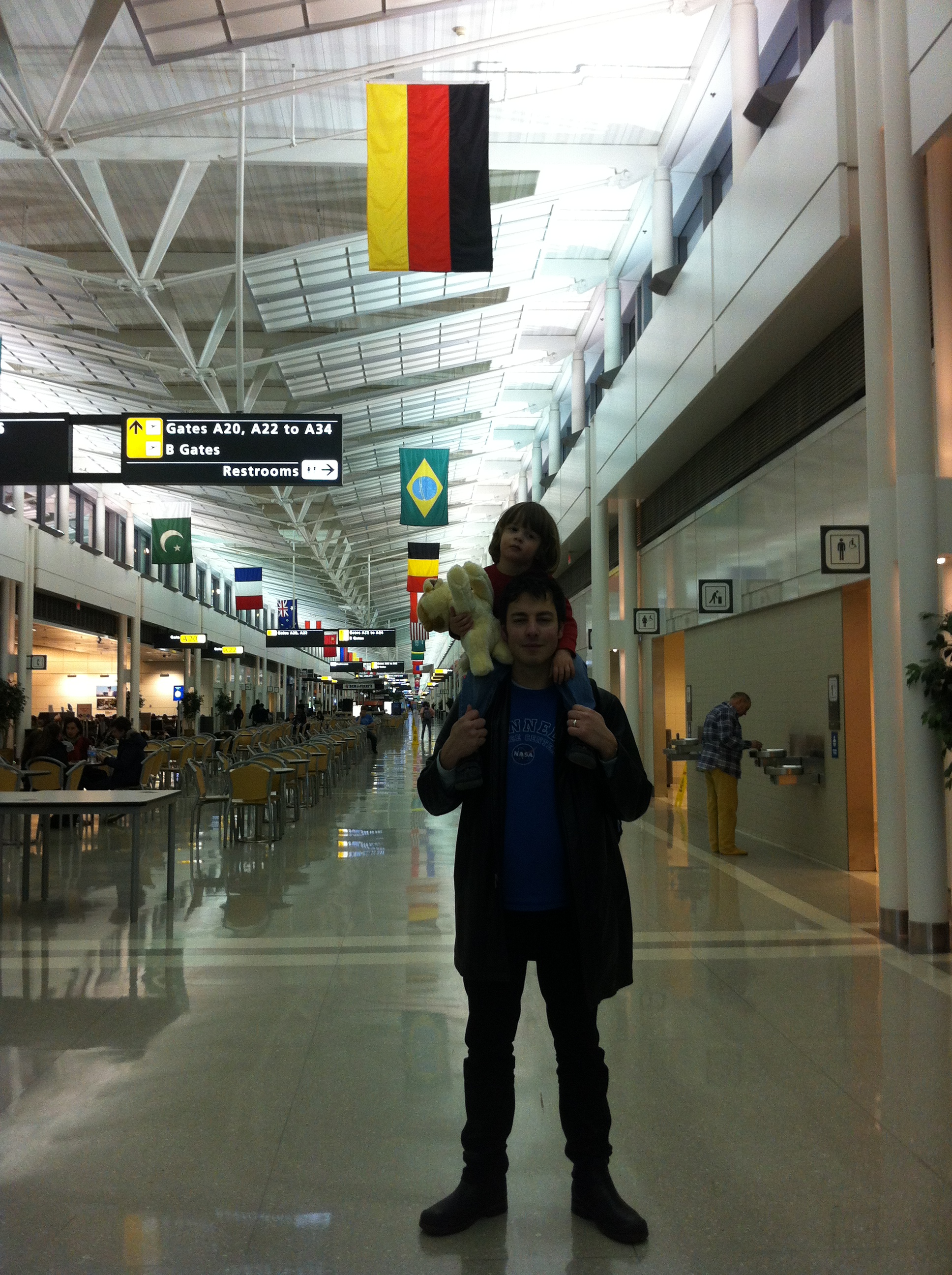 perfect.  Take off, have dinner, and then everyone sleeps (in theory).  My boys generally do well on overnight flights, so I was more worried about the flight over than I was about the flight back.

But with the departure moved back to just after 2 am, I didn’t know what to expect.  Waiting at the gate was hard.  We put the boys in their pajamas (because, realistically, it was after midnight, and sleep was likely).  Liam fell asleep.  B tried to sleep on the floor (unsuccessfully) after seeing several other people try it.  He eventually gave up and wandered over to watch a video over the shoulder of a little French girl who then invited him to come and share her seat.  (That was one of my favorite moments of the journey.  I was really proud to see B be brave enough to make a friend — and extra points because they did not share 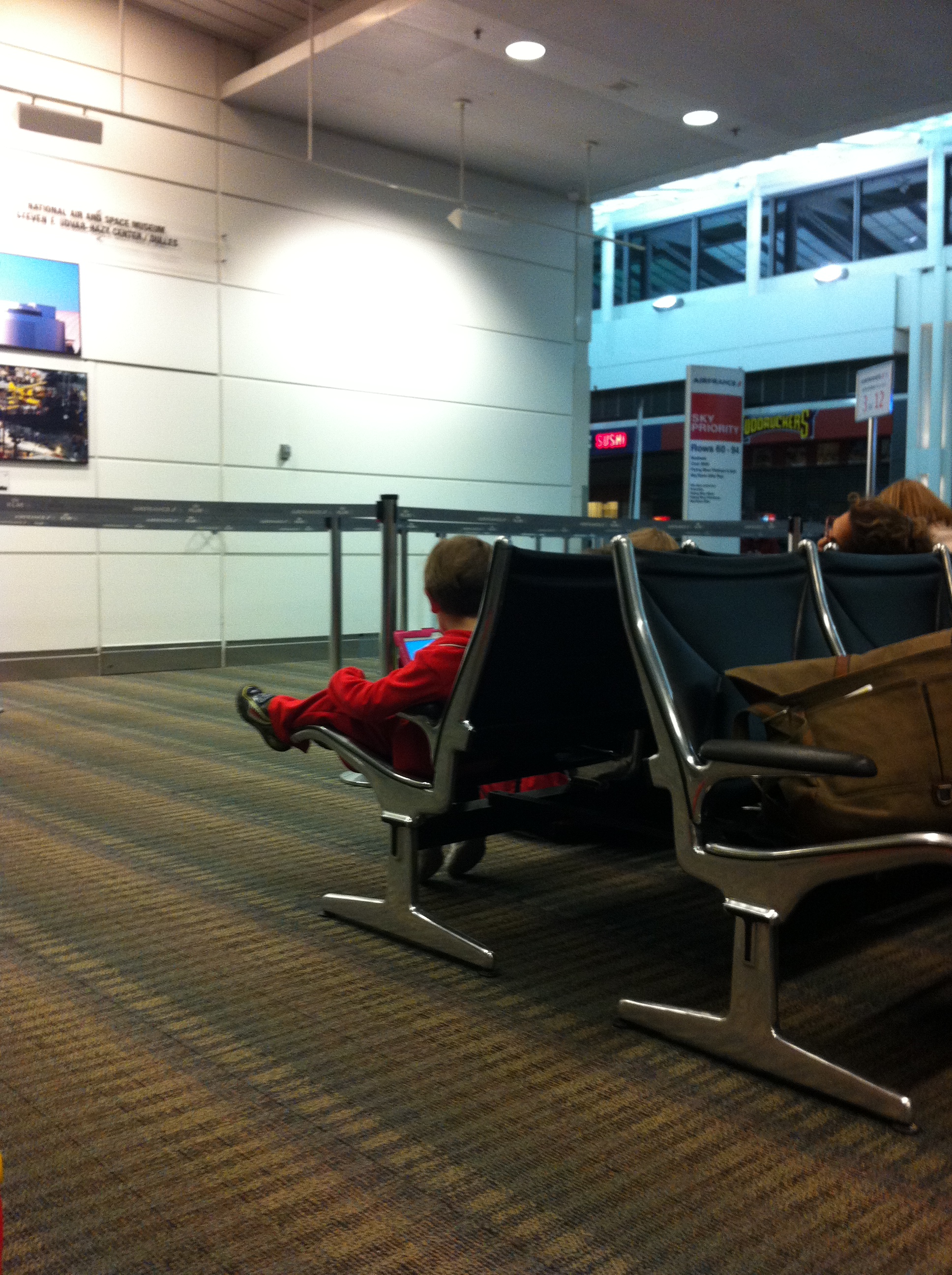 a common language.  I count this confidence as one of the many good things that have come of this adventure.)

We finally got on the plane and got underway.  The airline dutifully served dinner (at about 3 am) and then got us all ready for “nighttime” just as the first rays of the sun were becoming visible on the horizon (they requested that everyone keep their window shades down so that everyone could sleep if they chose to).  They turned the lights on and served breakfast at about noon (that’s CET — it was then about 6 pm where we had departed, Eastern time).  By the time we landed, it was evening in Paris, the middle of the night in Maryland, and the kids, who had slept in short bursts throughout the flight, were confused and alarmed that the sun was setting just after breakfast.  (“Why is the sun setting ALREADY?!?  That was the shortest day ever!”  We effectively spent 30+ hours in the dark, which created some of the worst jet lag I’ve ever experienced.)

We were exhausted, we were disoriented, we missed the rest of our family already, but we were home (again).