I’m kind of an oral hygiene nut.  Actually, I’m not as bad as I used to be — in college, my friends used to make fun of (and also, I think, kind of marvel at) my level of fastidiousness about my teeth.  I really like to take care of my teeth.  I’m religious about brushing and flossing, and I don’t even mind my biannual dental cleanings.  I’m weird like that. 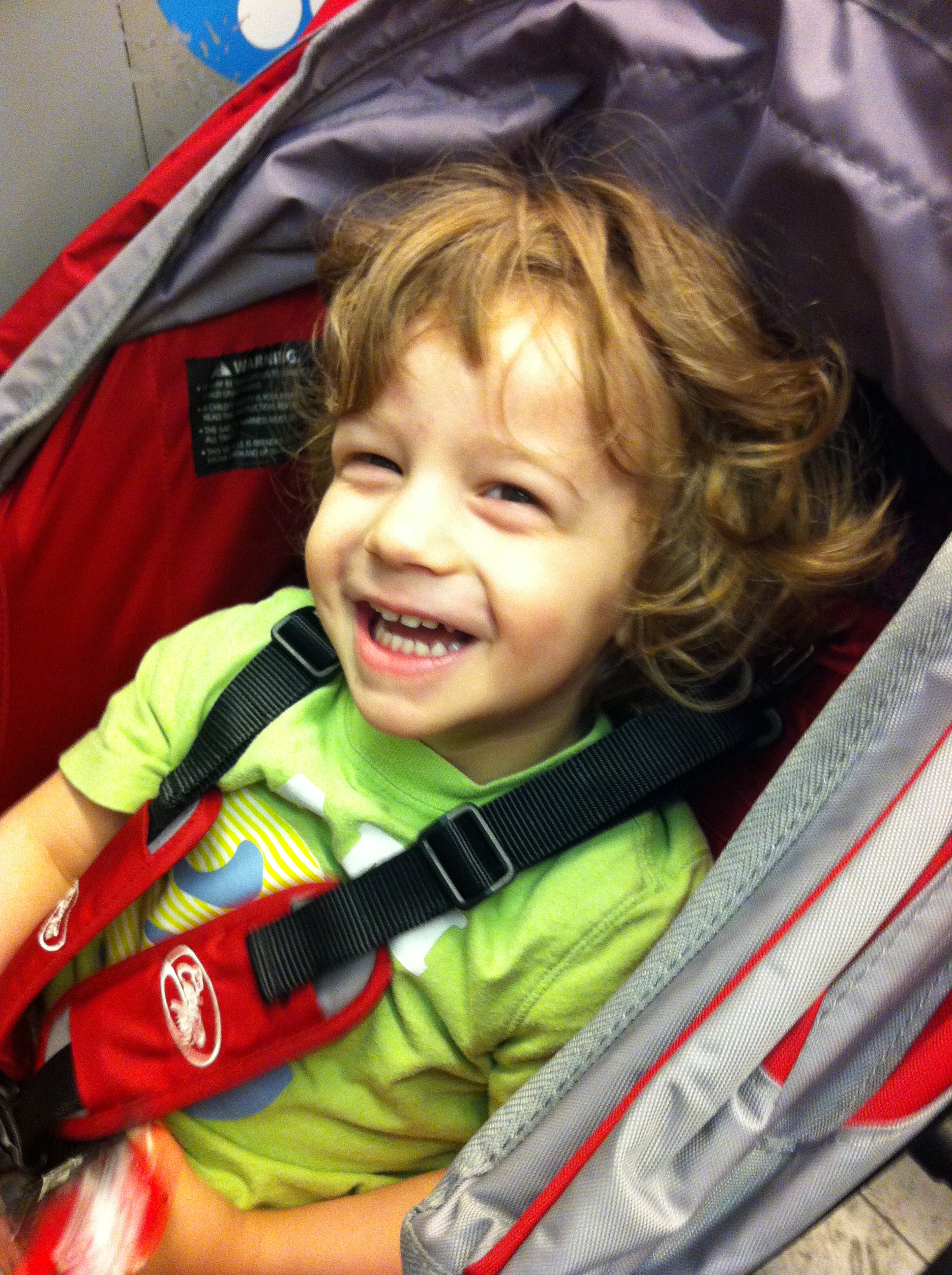 I’ve tried to be careful with my kids’ teeth, too, but since I’m admittedly a bit overly enthusiastic, I’ve tried to temper my concern with age appropriate expectations.  It’s only been moderately successful — I still remember the time I woke up in a cold sweat worrying about Benjamin’s teeth and how he hadn’t yet been to the dentist.  (He was 18 months old at the time.)  Ever since my kids have had teeth, we’ve made sure they brushed regularly (maybe not EVERY day, but very nearly).  We even floss their teeth (although that’s been less consistent).  When B was little and we were in the US, we were sure to use the non-flouride toothpaste, and when he was old enough, we took him to the dentist in the US.  We had a fairly disastrous first experience with a pediatric dentist, and then we started taking him to our friendly, gentle and kind regular dentist, which went MUCH better.  After that first experience, I was worried B would be traumatized, but with the help of our great dentist, he gradually got over his trepidation and would accompany both Dan and I to our cleanings and have his teeth “counted” when we were done.  And all was well.

Living abroad has complicated matters somewhat.  First of all, the water here is not fluoridated.  Some doctors recommend supplements, some advise against (reasoning that if you use a fluoridated toothpaste, which is pretty much the only thing you can find here, the kids will get enough incidentally).  We went without for the first 6-8 months we were here, and then I decided to go for it (I’m still not 100% sure of that decision, since over-fluoridating can cause problems, too).  Also dental care here is not, on average, up to American standards.  After some trying, we found a dentist that we’re reasonably happy with, but it’s not like it is at home.  There’s less focus on comfort with more focus on efficiency, less focus on aesthetics and more on finances.  I’m happy to go there for a cleaning, but we weren’t confident that the kids would have good experiences.  I took B along with me for the first time last fall, and he got his teeth “counted” again (all looked well) — but he’s used to the procedure now.  I wasn’t sure how Liam would take it, since he had no positive experiences to build on, so we haven’t taken him.  I’d just recently been thinking that I would probably try to make him an appointment when we next visited the States, most likely this winter.

And then, about 3 weeks ago, we noticed a spot on one of Liam’s front teeth (not the very front ones, the ones just next to those).  And, of course, being the dentally obsessed person that I am, I freaked out.  Does he have a cavity?  Did he damage his tooth?  Have I been over-fluoriding him?  Is it going to get worse?  Is it going to hurt him?  Will he lose his tooth?  Will this happen to his other teeth?  Will it happen to his permanent teeth?  (That was all in the first 2 minutes of discovering that it wasn’t a small piece of food and I couldn’t scrape it off with my fingernail.)

After calming down, and realizing he didn’t seem to be in any pain, I consulted with our pediatrician.  She wasn’t sure what it was, either, but recommended I have a dentist look at it.  She (also an American, and a parent) suggested that if we were visiting home anytime in the next two months that we just wait until we go home.  But we’re not, so I can’t.  But, I’m with her — I’d rather have it looked at in the US, too.

But, that’s not an option.  So, we made him an appointment with our dentist here.  I’m encouraged by the fact that they didn’t seem alarmed, concerned or overly urgent (nor did they refuse to see a 2 year old, so I’m desperately hoping that they do this all the time and will be shockingly impressive at comforting and reassuring him).  That appointment was supposed to be today.  But, since Liam is still recovering from his recent illness, including being so congested that he can’t breathe through his nose, I decided to postpone it another two weeks.  I just can’t imagine things going well if he’s sick on top of having a new (potentially scary) experience, and I want to set him up for success.  So, in two weeks, we’ll go in and get his tooth looked at.  It hasn’t gotten worse in the past 3 weeks, so here’s hoping it doesn’t get worse between now and then.  I’m worried about my guy.  And I’m really missing the excellent quality of dental care in the US.

1 thought on “Delaying the dentist”