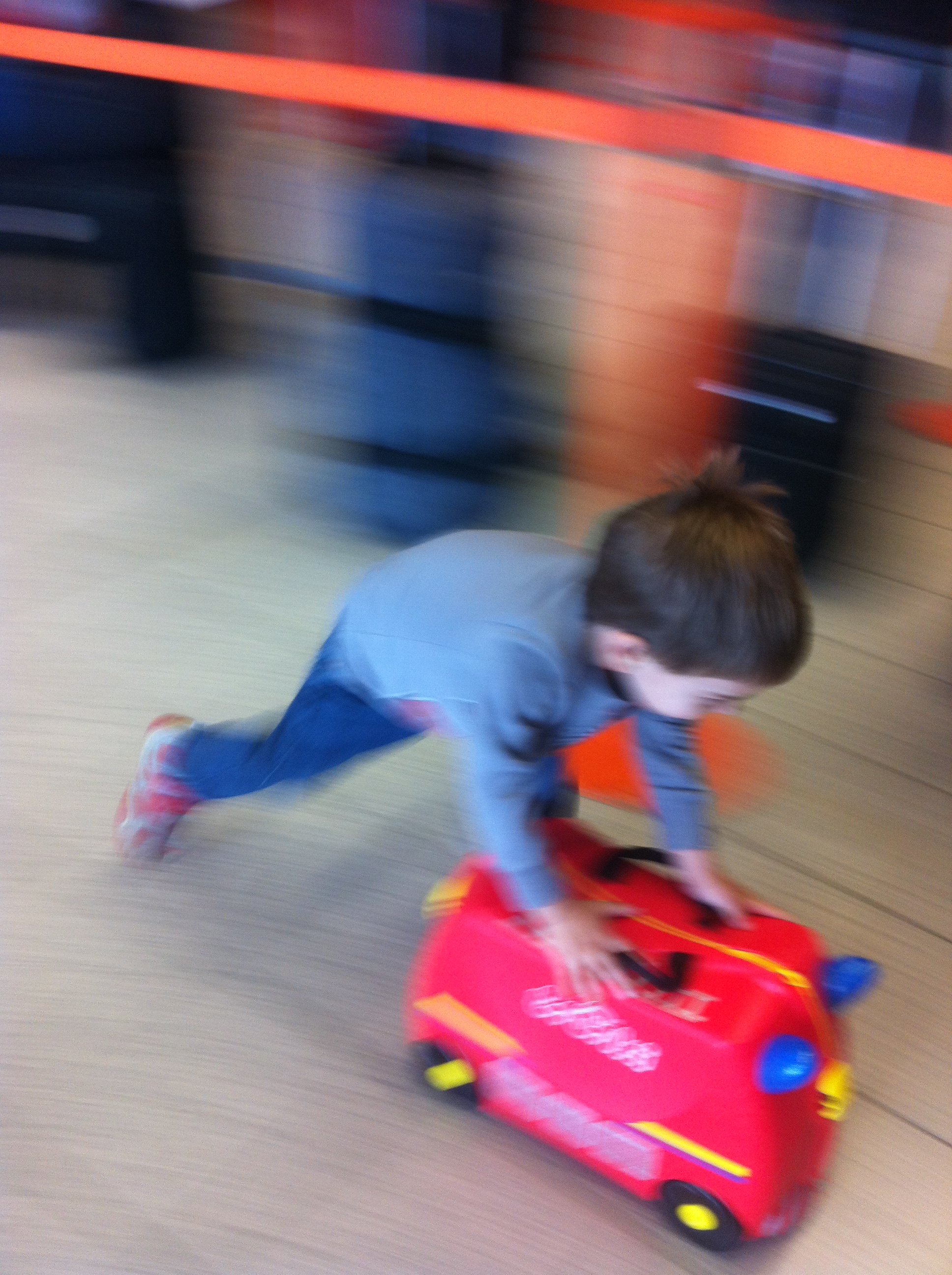 I’m kind of shocked to realize that this is my first post dedicated to Trunkis, the ride-on, pull-along, carry-on kid-functional suitcases we got for the boys last year.  It’s long overdue.

We first saw something like a Trunki once at the airport when dropping off a friend over a year ago.  A family on the opposite train platform was loading up two kids on two small, elephant-looking suitcases, which the parents then pulled along behind them.  I thought it was so fantastic that I took a few pictures of this completely unknown family.  Later, I asked around among my friends, and everyone kept saying they were “Trunkis” even though the ones I saw the first time were either by a different brand or a much older model.  When I finally found them online, they seemed too expensive, and my boys have backpacks and suitcases already, so I just let it go, but I never really forgot about it. 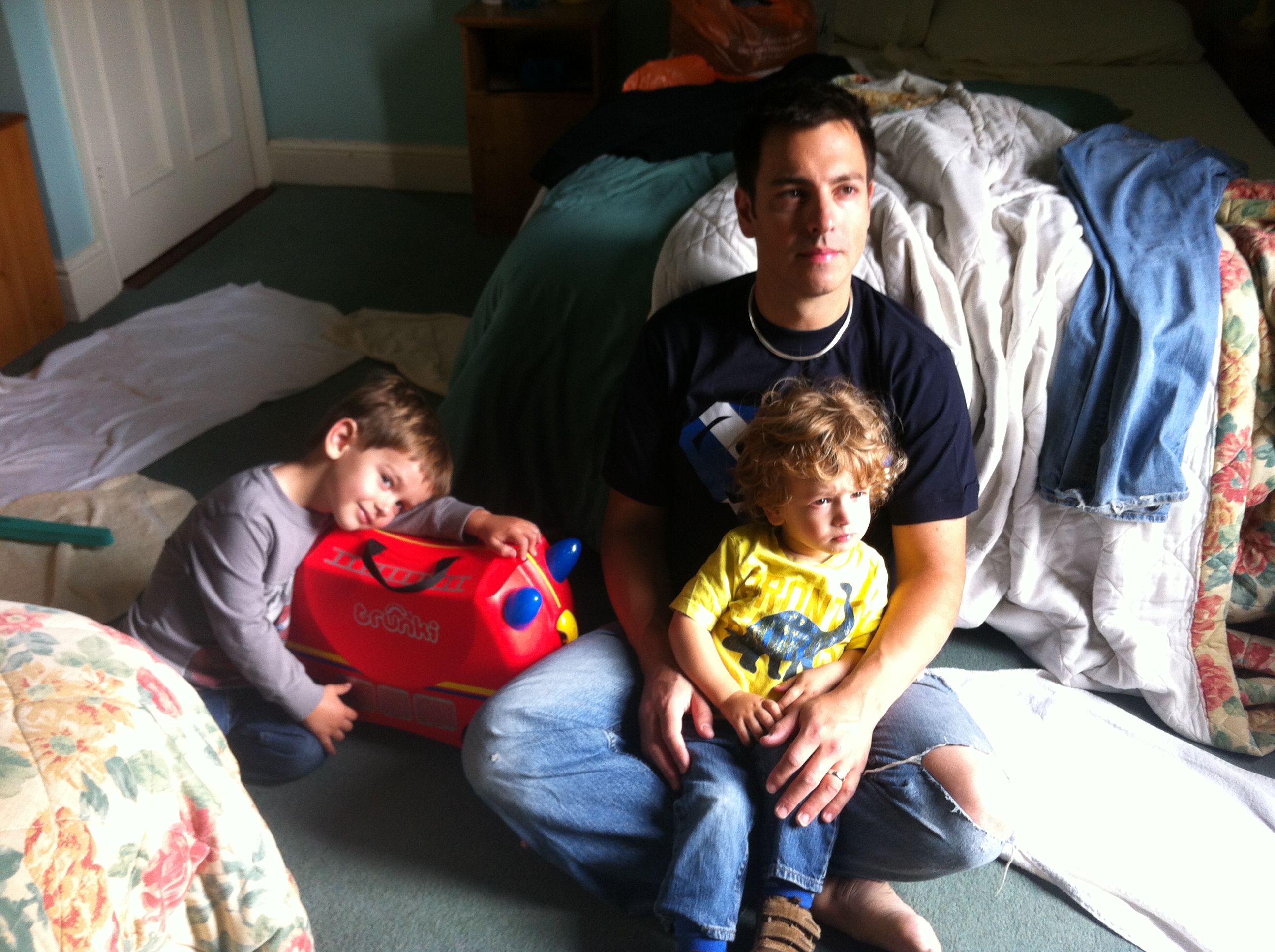 The next time we encountered such a thing (and the first time we “met” a real Trunki) was at London’s Luton airport during our trip to the UK last summer.  We went into one of those travel shops at the airport (I no longer remember why — I think Dan was looking for something) and they had a variety of Trunkis for sale . . . of course, all down at kid level.  B saw them and fell in love instantly.  He touched them, he wanted to open them, he wanted to ride on them.  I intended to say no, but since I’d been looking at them before, and they were actually cheaper in person (plus no shipping!) I decided to go for it.  Especially after the salesperson assured me they would 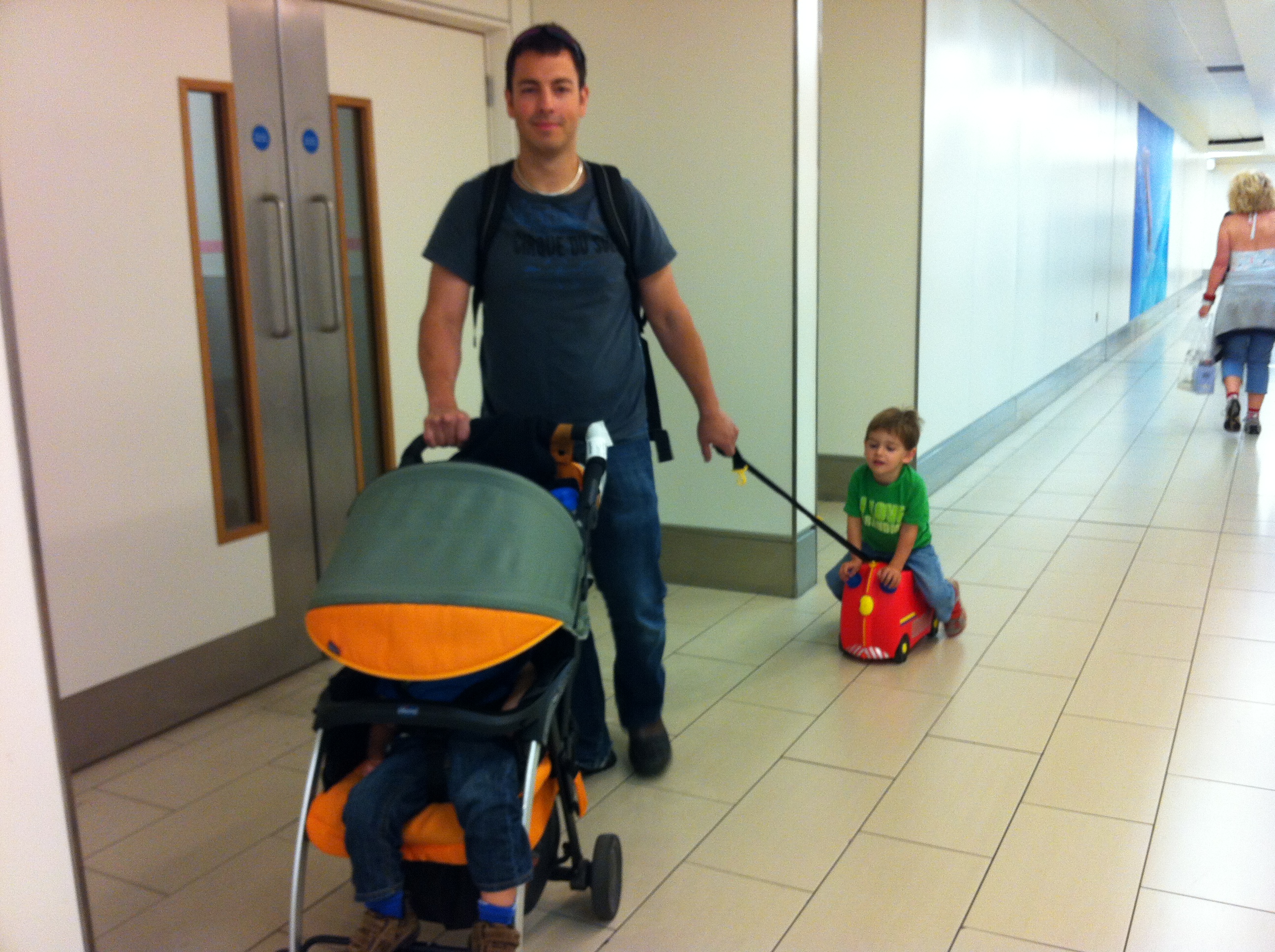 work as a carry on (even on EasyJet — and I told him that if they said no at the check-in counter, I was bringing it straight back).  We only got one, because we wanted to know if it would work, and initially, Liam wasn’t too disappointed, since he was mostly riding in the stroller.  B immediately climbed aboard and started doing laps up and down the check-in line.  He was hooked, and Liam was, very shortly thereafter, jealous. 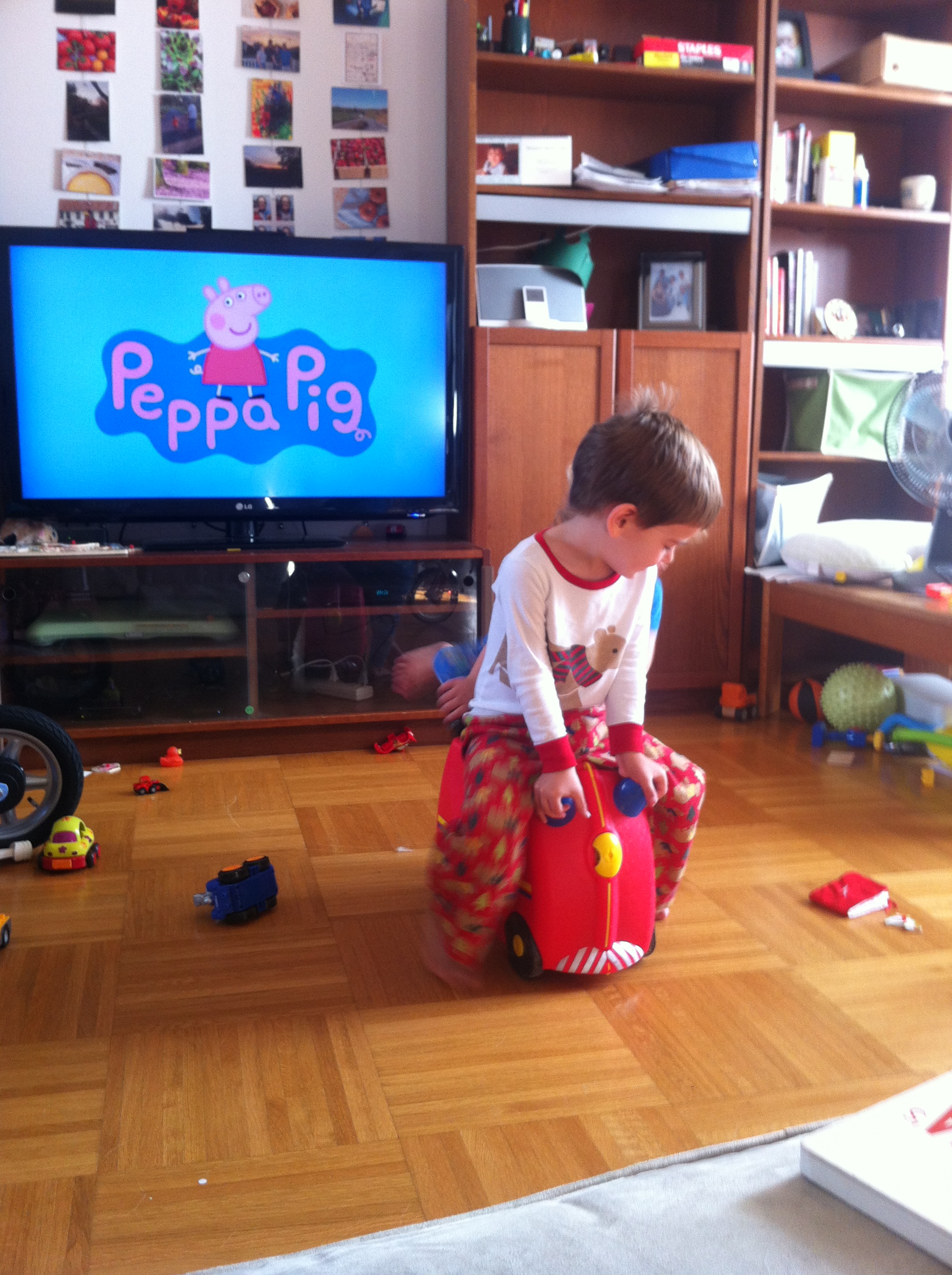 B’s Trunki worked great on that trip.  We were pleasantly surprised to find that it did, indeed, fit even EasyJet’s small allowance for carry-on luggage, and B’s other carry-on suitcase actually fit inside with a little room to spare.  After that trip, we decided Liam should have one, too, but we didn’t go back through Luton, and we didn’t find them anywhere else.  After we got back to Vienna, B decided he wanted to give Liam his very own new Trunki for his birthday just a few weeks later, so we went ahead and ordered one (which was a lot more expensive).

And the rest is history.  We’ve gotten quite fond of and attached to the Trunkis.  They have joined us on every trip since, and they’ve stood up to a ton of abuse from the kids.  After 6 months, 3 flights, 3 train trips and a road trip, we feel like we’ve broken them in and road tested them pretty well.  Here are the pros and cons that we’ve found so far:

Overall, we love them.  They aren’t the only functional solution to luggage for kids, but they’re pretty great, and we’re glad we have ours.

(Also, in case anyone wonders, this is in no way a sponsored post.  I received nothing from Trunki, nor from anyone else, at any point.  This is just my opinion.)