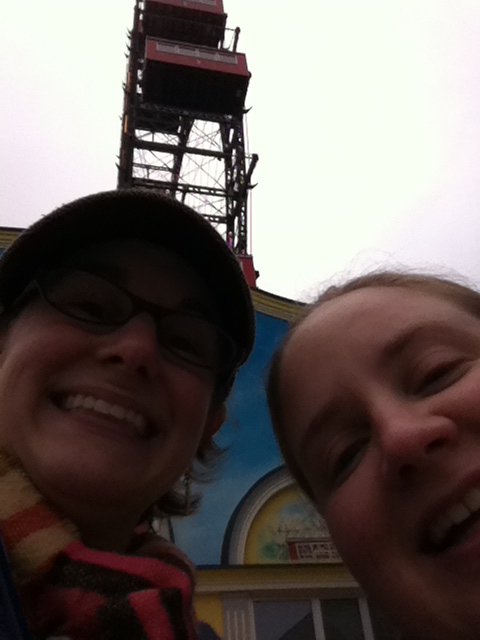 It’s one of those things that had been on my list since before we arrived in Vienna, but I’d never gotten to it — riding on the Riesenrad, the giant Ferris wheel at the Prater amusement park.

I can’t exactly remember why we haven’t been on it.  We went to the Prater once, early on in our stay here, but we didn’t ride on the Riesenrad.  I think we’d been told by someone (can’t remember who, and it turns out that it isn’t true) that small children weren’t allowed to ride on it.  But I might be mixing my memories — maybe the line was really long or the boys didn’t want to go.  Regardless, we didn’t go that day.  Since then, just about every friend and family member who has visited has wanted to go, but still, we haven’t gone.  Some of them have visited in the winter, when it doesn’t run, and with the others . . . I’m not sure, we’ve just never done it. 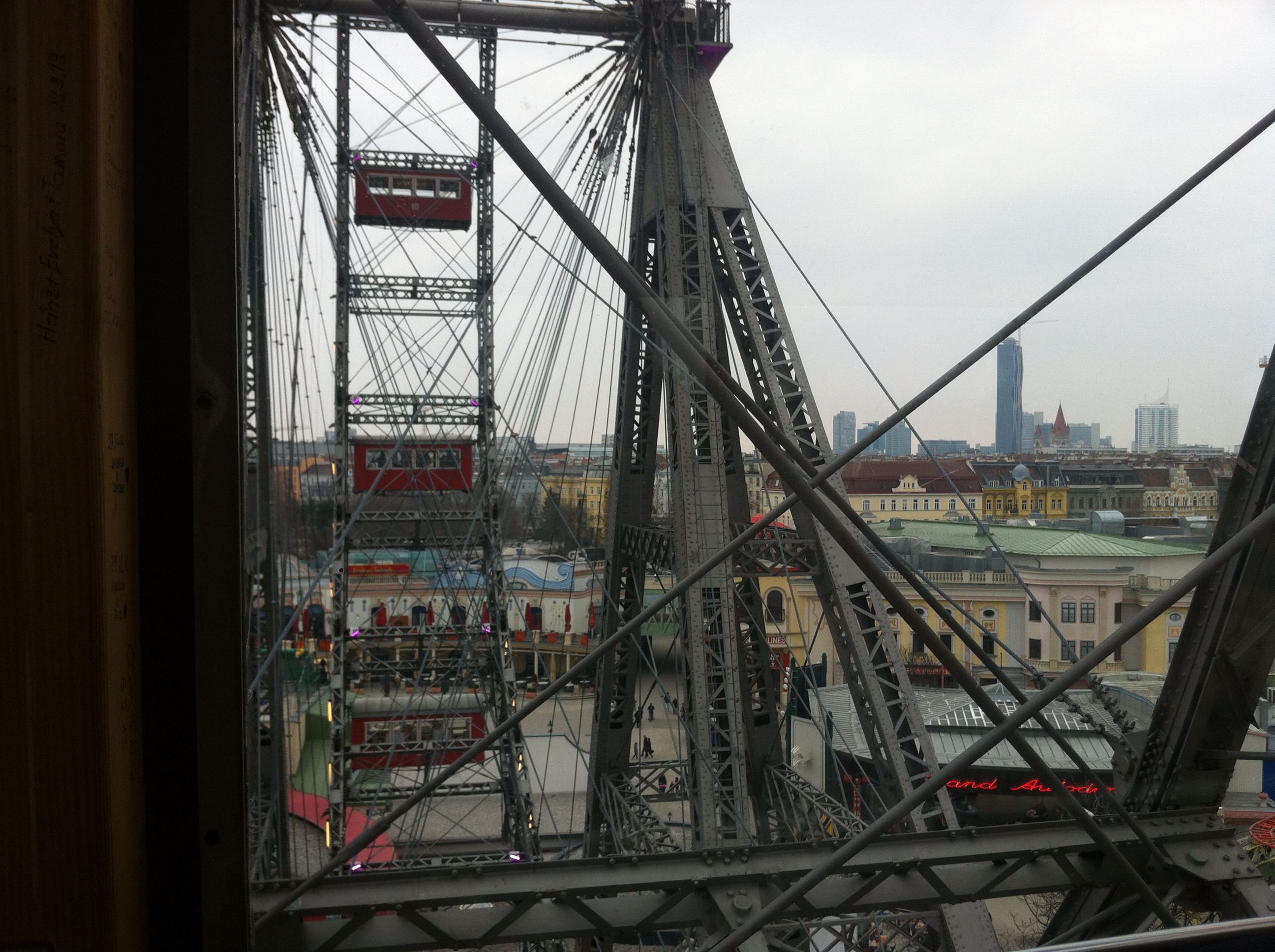 Our friend, Krishana, is back in Vienna for a month before she moves back to the US, and between packing her apartment and getting together with friends, she’s been wanting to knock a few “to dos” off of her own Vienna tourist list.  She suggested that we go together, and it was just the motivation I needed, because today, I went!  We’d been planning to have the whole family go, but the boys slept late during nap time (which almost never happens — I blame the time change) so Dan stayed with them and I met Krishana for a ride on the big wheel. 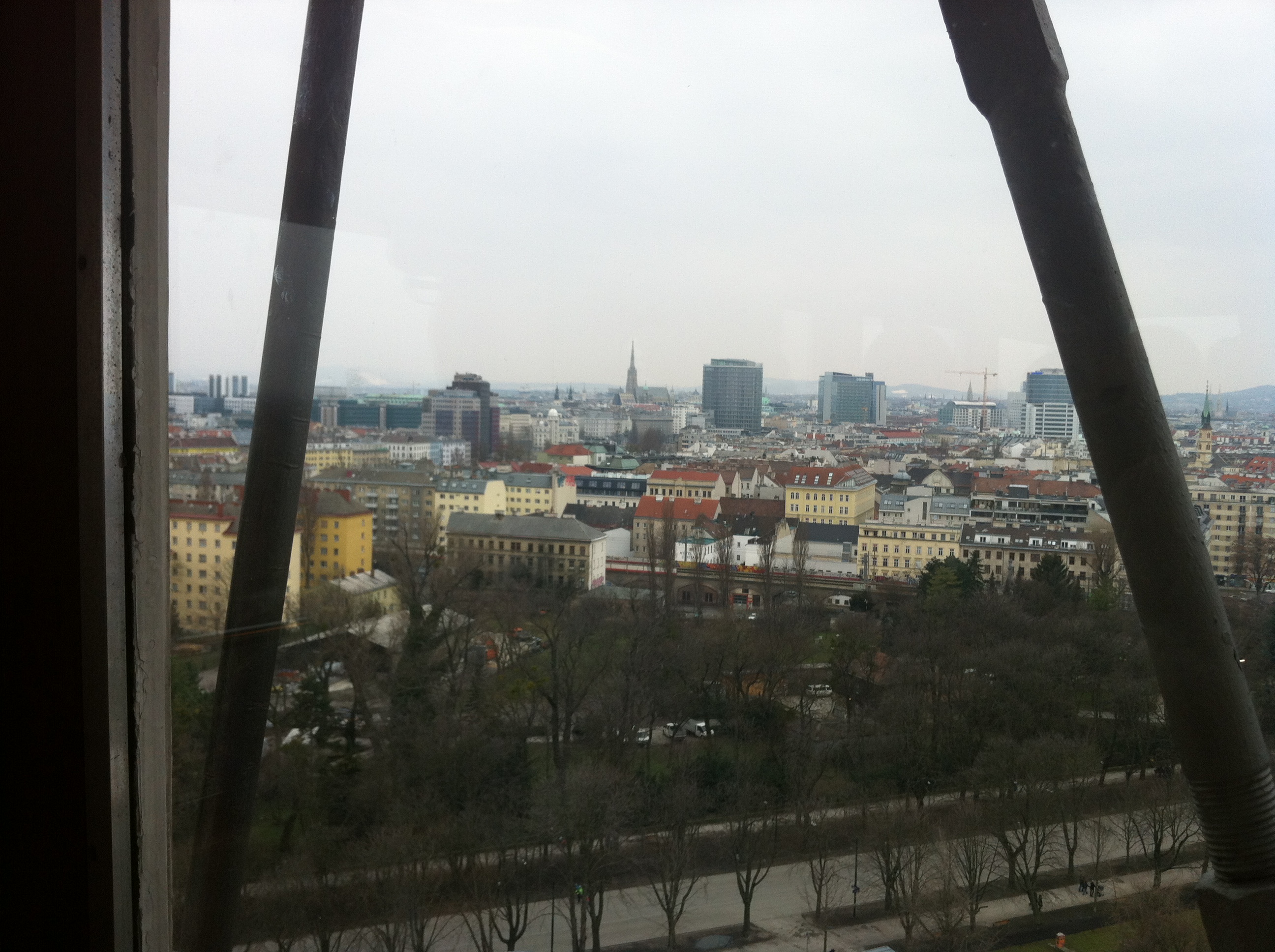 We started out with a little tour through the museam, which was a bunch of detailed and animated dioramas showing the history of the Vienna and the wheel, depicting everything from the Roman period through the reconstruction after the devestation of World War II.

And then, it was on to the ride!  It was really fun — a little expensive (9 Euro for a 12 minute ride) but fantastic views and truly a unique perspective on the city.  We could see everything from St. 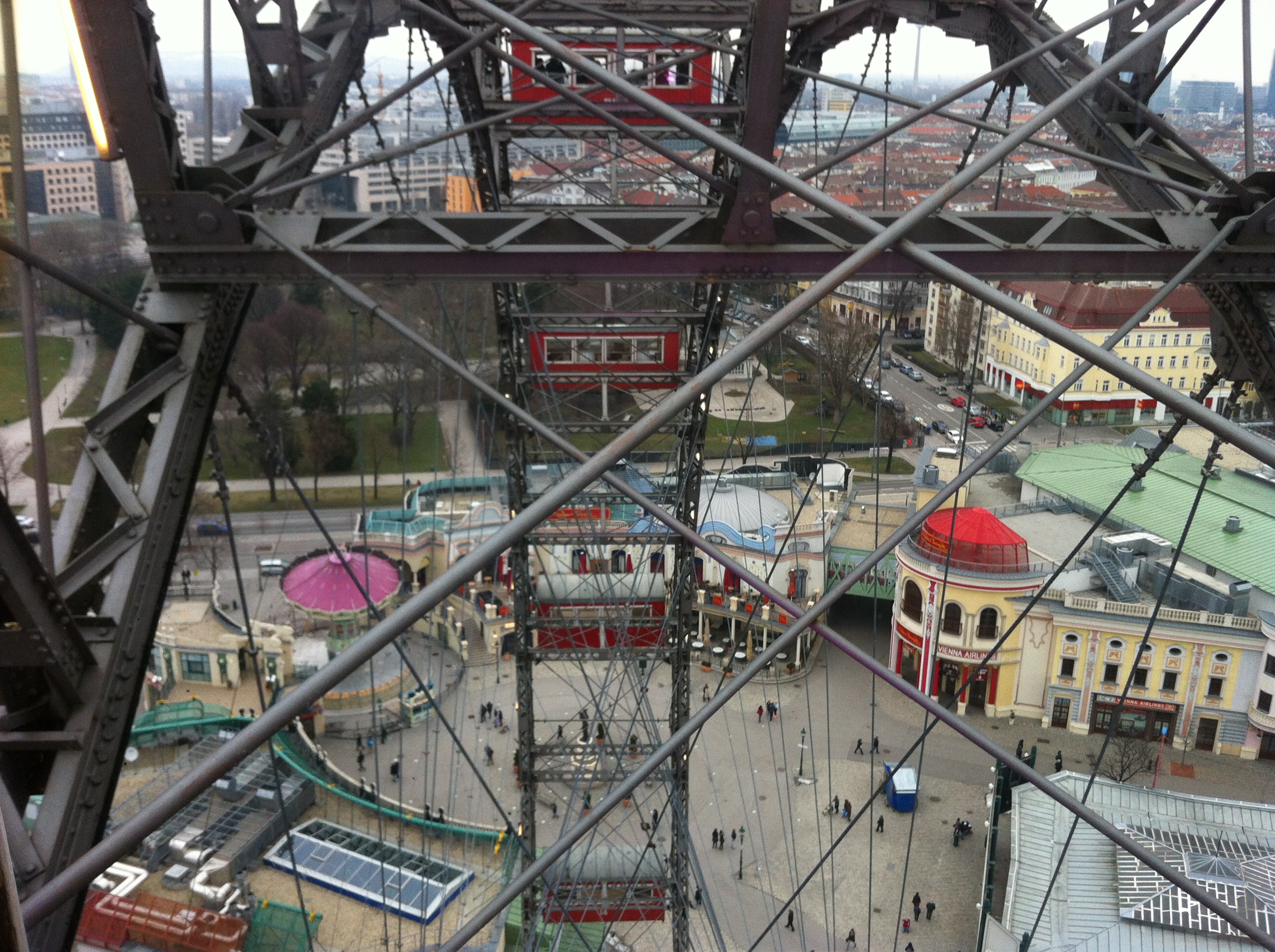 Stephen’s to Dan’s office buildings to the mountains north and west of the city.  We could certainly have seen my street, but I couldn’t orient myself quickly enough to identify it.  It was a fantastic view of the whole Prater park (both the amusement park and the green Prater).  It’s a really big wheel — we got up very high! — but I was glad to find that I wasn’t bothered by it at all . . . although we were both glad it wasn’t a very windy day today (and I was somewhat comforted by the lack of any kind of door handle on the interior of the car).

It was a lot of fun, and a really iconic (if touristy) part of being in Vienna.  We’ll definitely have to plan a time to go back (kids and all) in the near future for another great view. 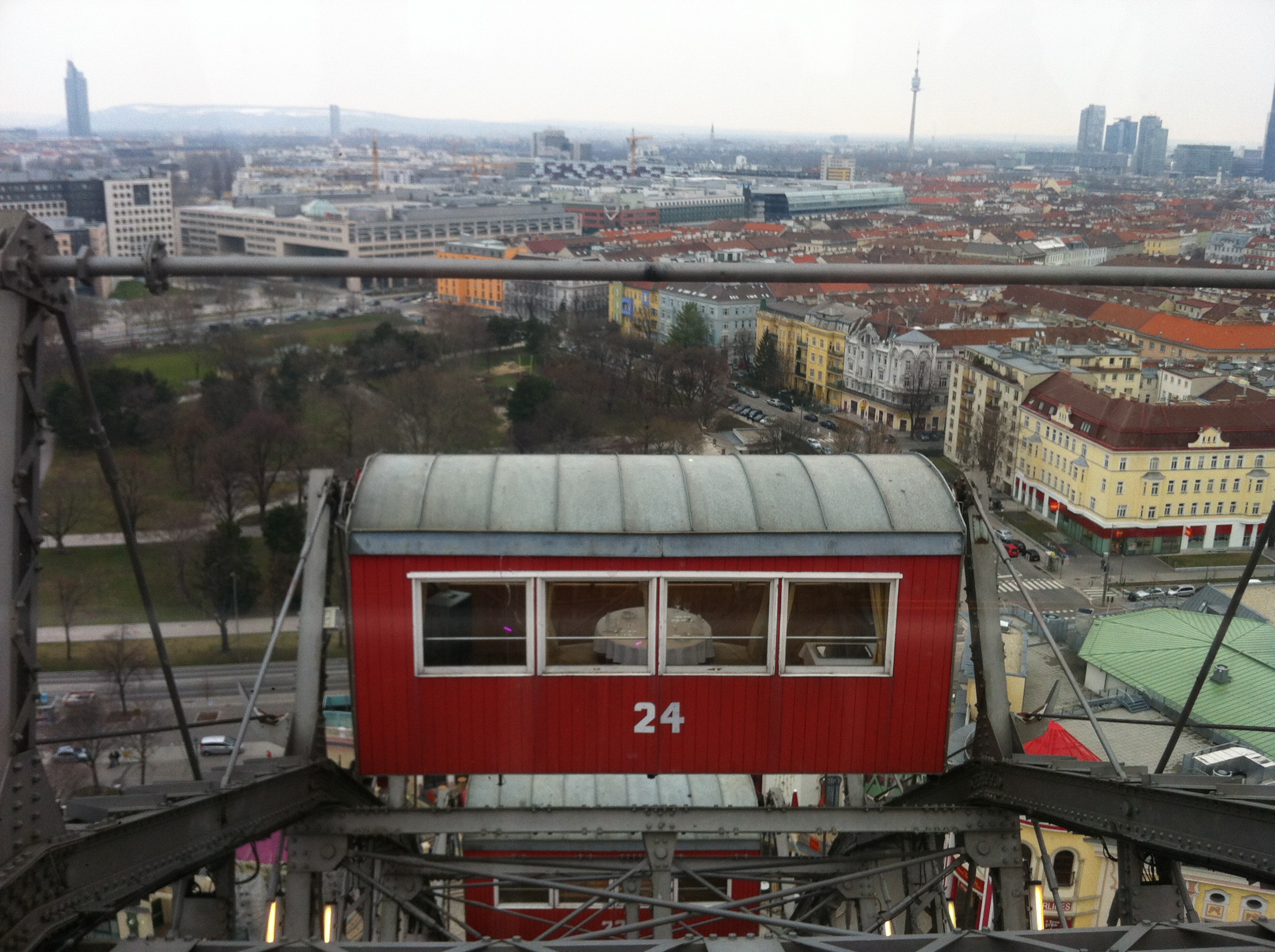 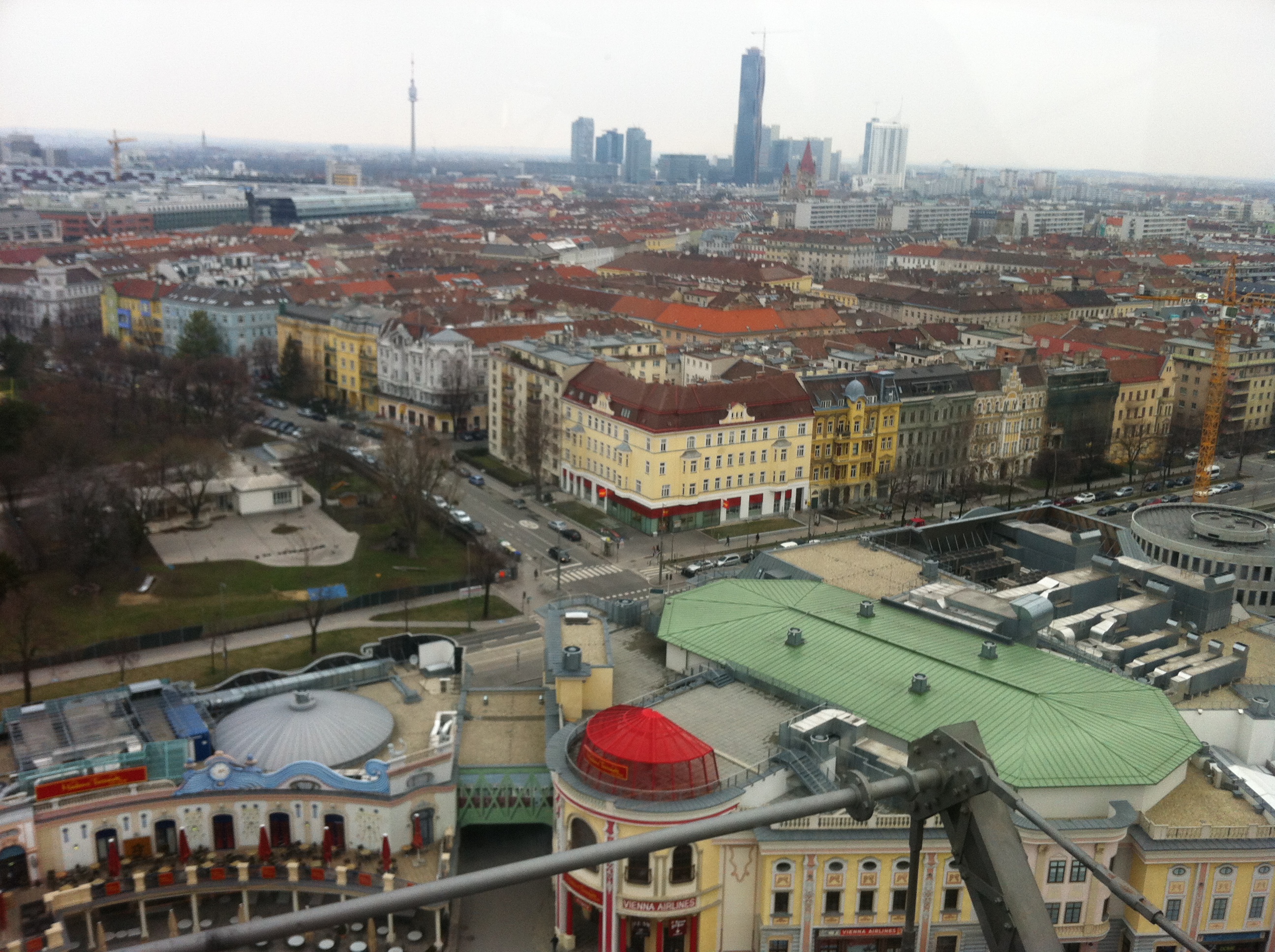 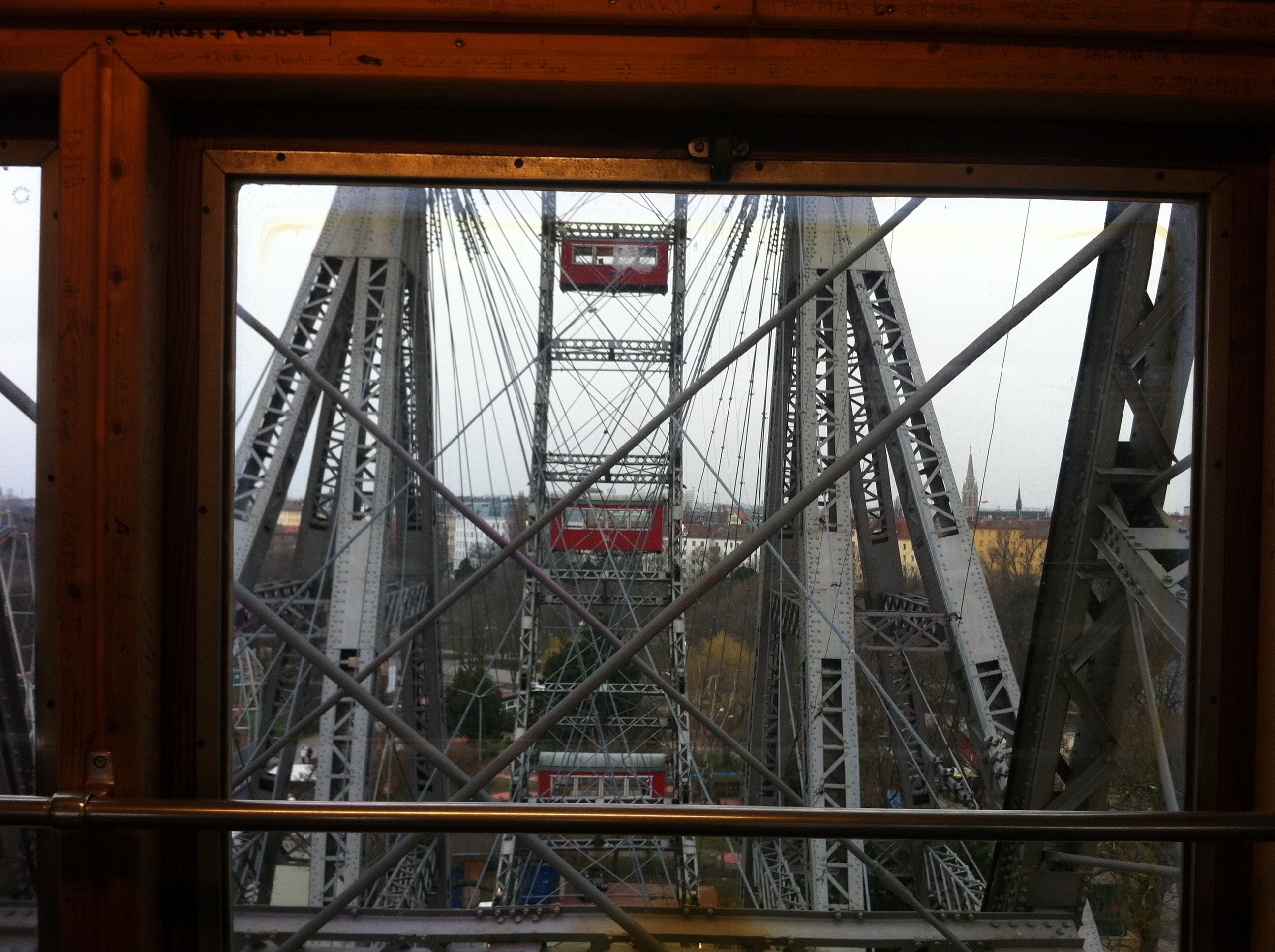 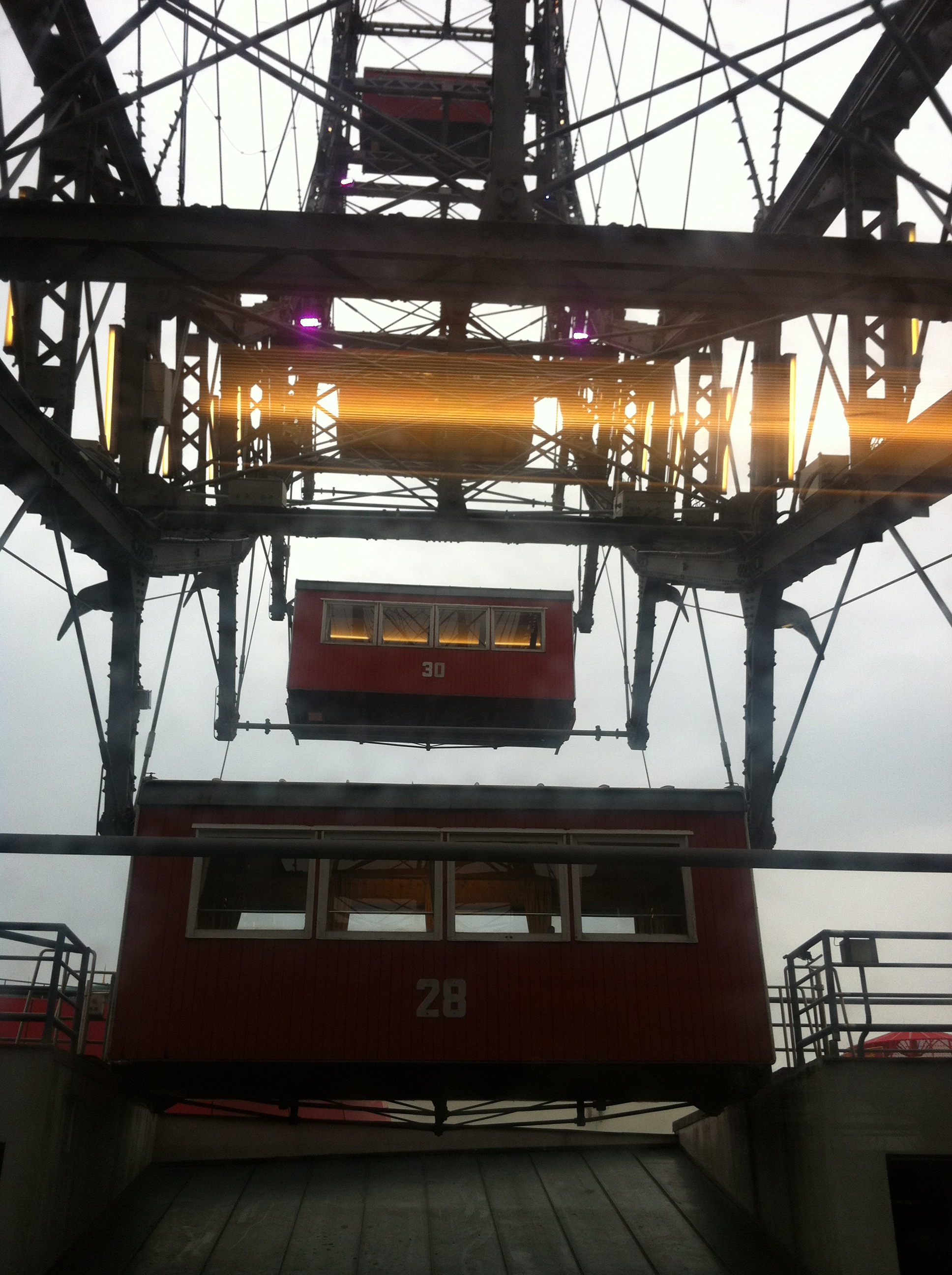