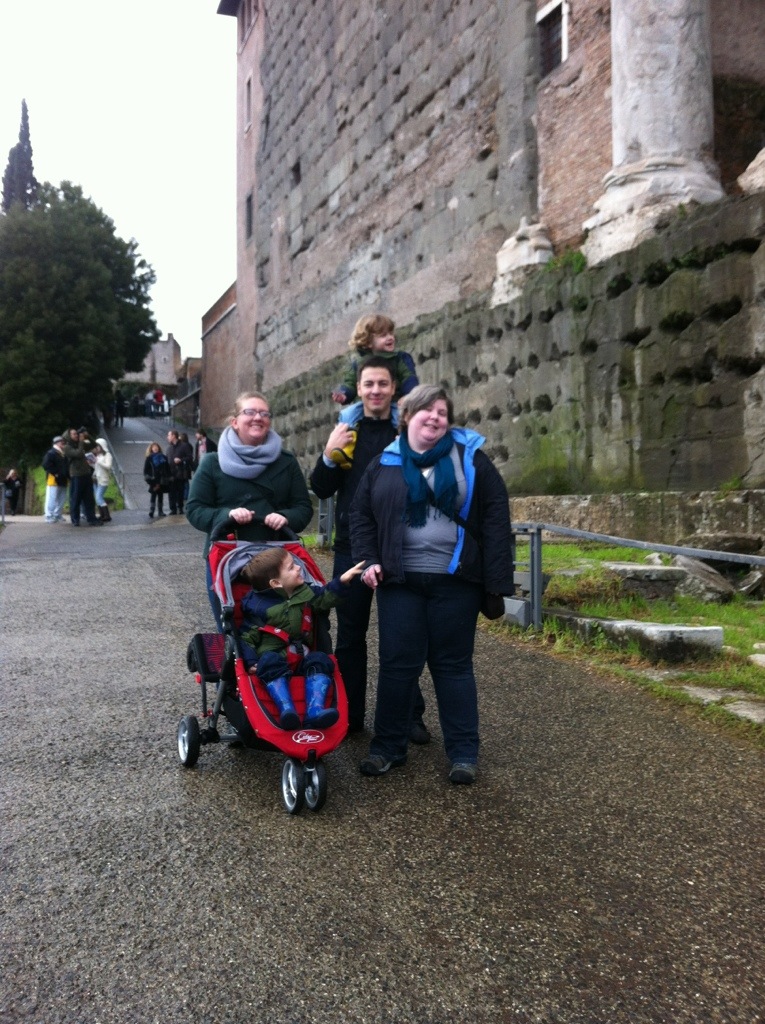 The Roman Forum is awesome. I’ve heard so much more enthusiasm and excitement about the Colosseum, and although that was impressive and absolutely important, the Forum made a much bigger impression on me. 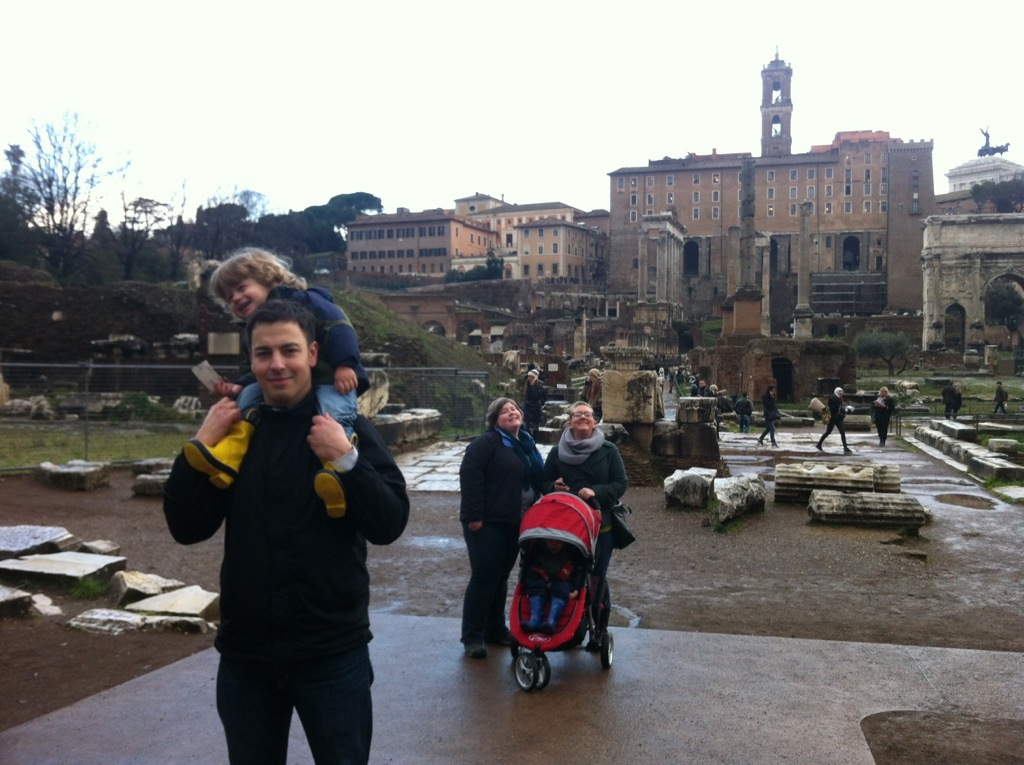 We went to the Forum today. We had to wander around a bit to find the main entrance (which was surprisingly not well marked) and then followed Rick Steves’ self-guided tour (from the Rick Steves’ Italy book). It was chilly and sprinkled on and off, but we were treated to some amazing history. We marveled at the astounding scope of Roman architecture and walked the ground where Caesar stood . . . and where he was killed. We saw the way that space once set aside for Roman gods was taken over by Christianity. We learned how grateful we all are to not be Vestal Virgins (yikes). 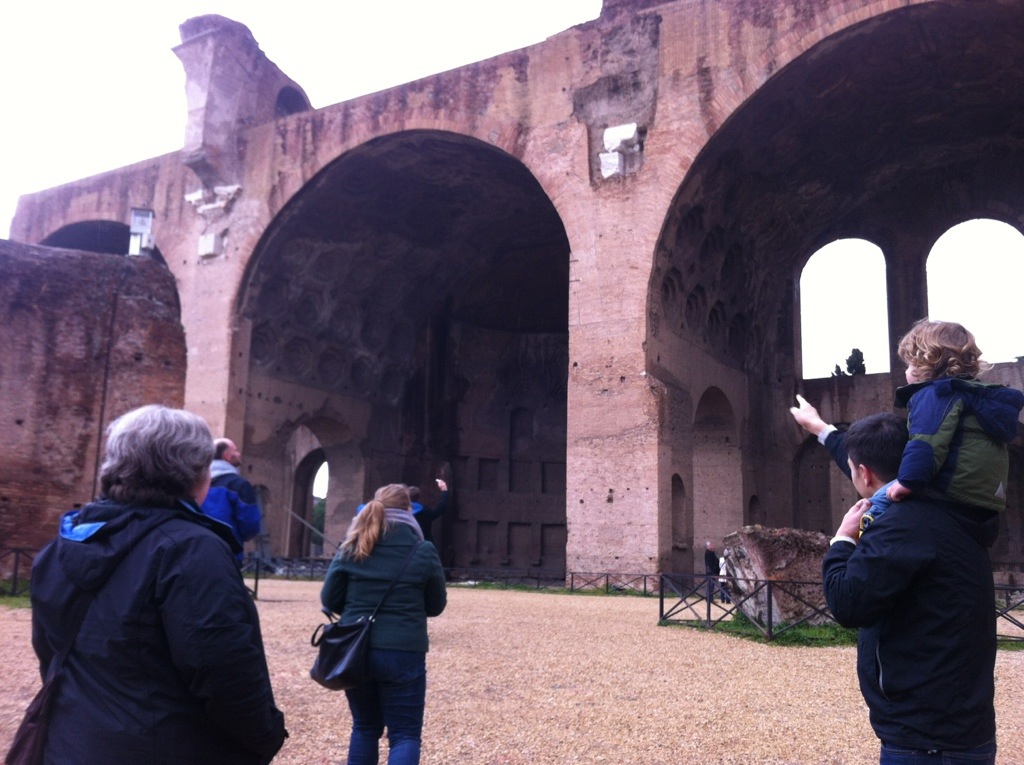 But of the whole experience, I had two favorite moments. The first was when I learned that nearly the entirety of the ground we were walking on had been excavated in only the 19th century. I had been shocked to find that many of the massive stones that made up the roads were from ancient times (they don’t make for an easy stroller journey), but when I realized they had all been underground — covered and protected by centuries of sediment — it made a lot more sense. It also drove home to me to feeling of being small and finite and very young in the face of these pieces of stone that have been preserved for so long. 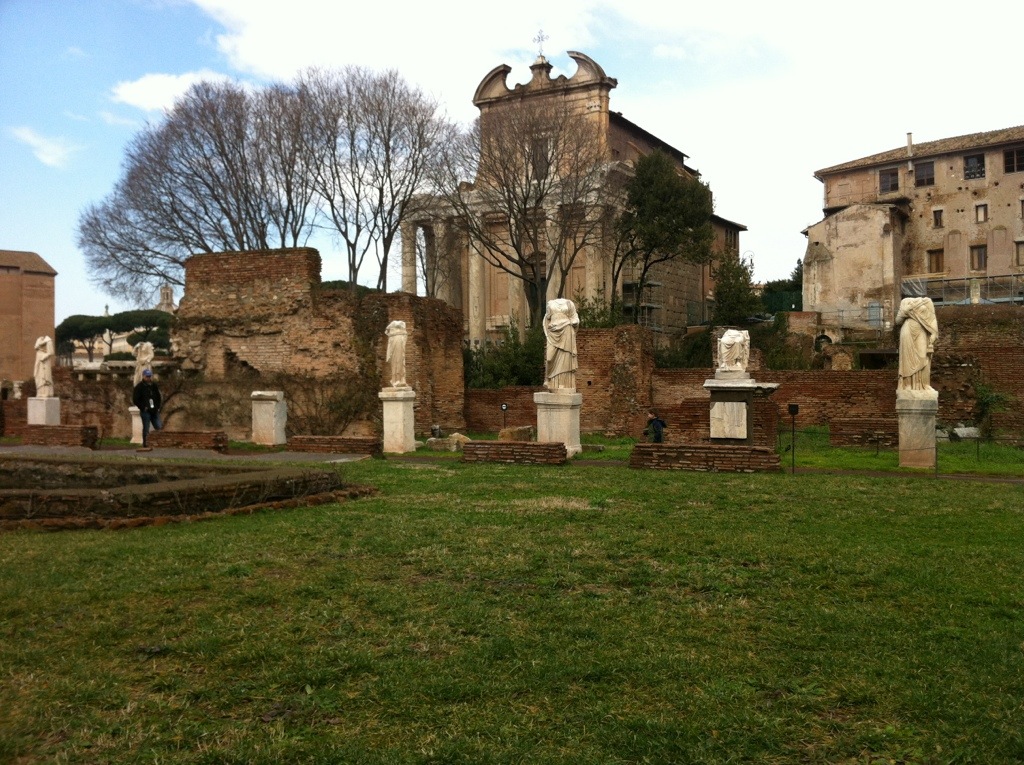 And then, when I saw the massive cuts made in the marble columns of a temple, by would-be thieves who gave up because the stone was too tough to destroy, I felt so much admiration for the pride, effort and craftsmanship of all of the work that went in to building these massive and persistent structures. 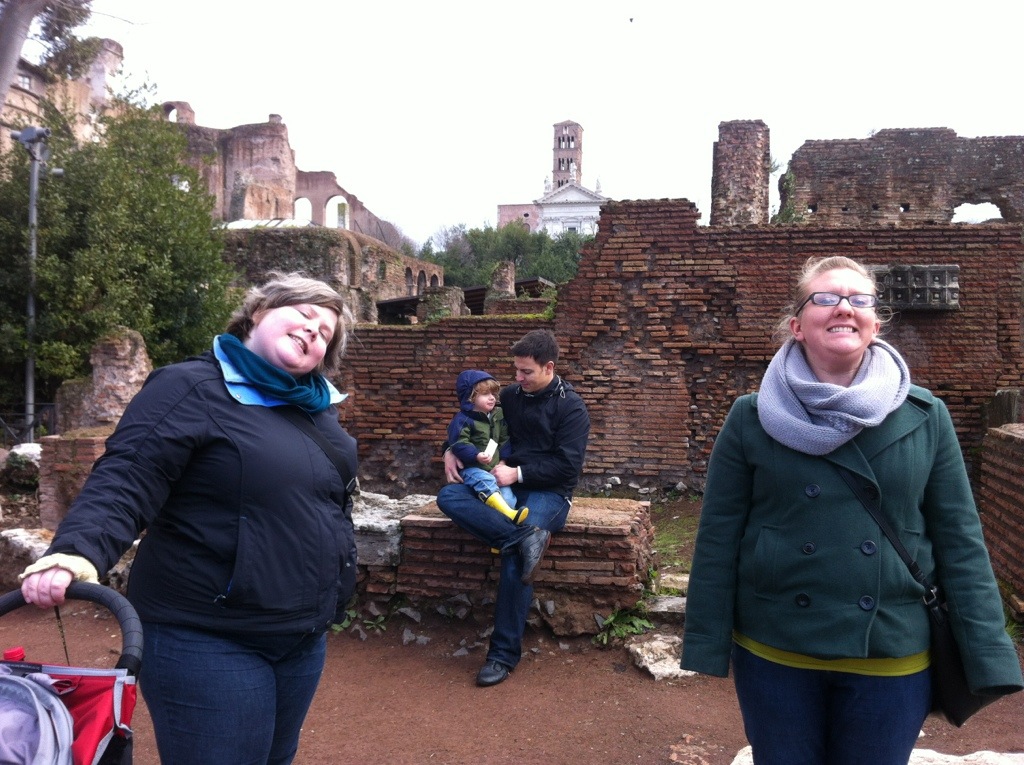 It was an amazing experience. We stood in the Senate building, we walked the streets of ancient Rome, we chased Benjamin around the ruins. We had a day steeped in history, made tangible by being near the massive monuments left behind. It was fantastic. 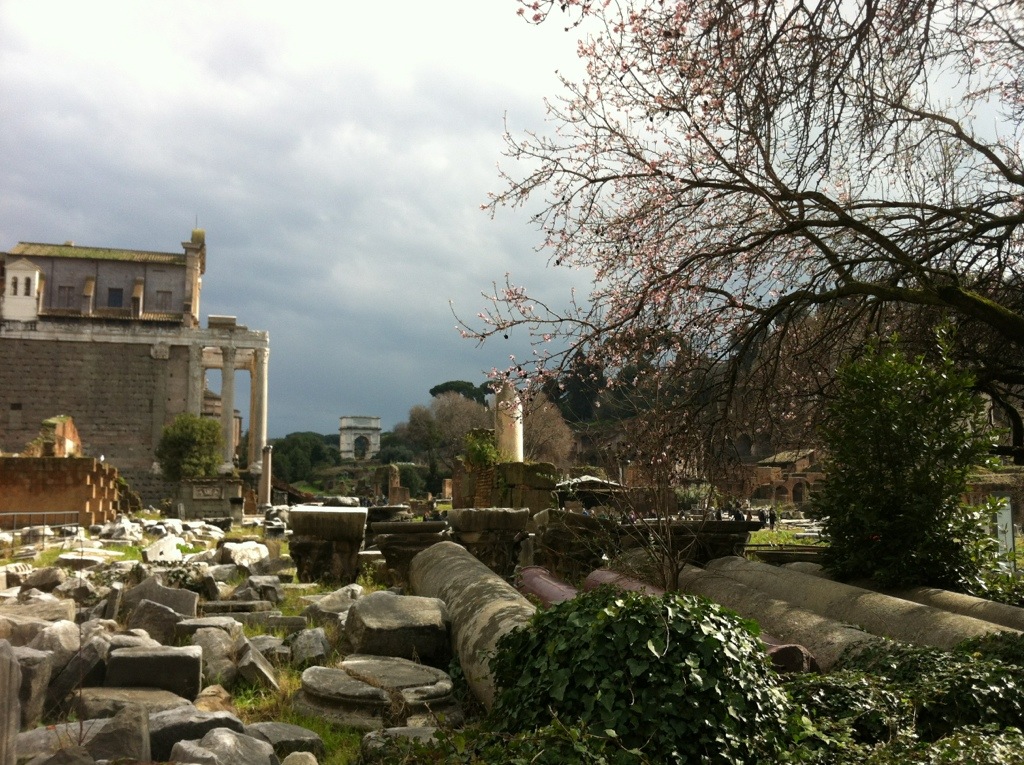