So we’re here, on the first part of our Italian adventure. To get here, we took the overnight “sleeper” train yesterday from Vienna to Rome. It was quite an adventure in itself. 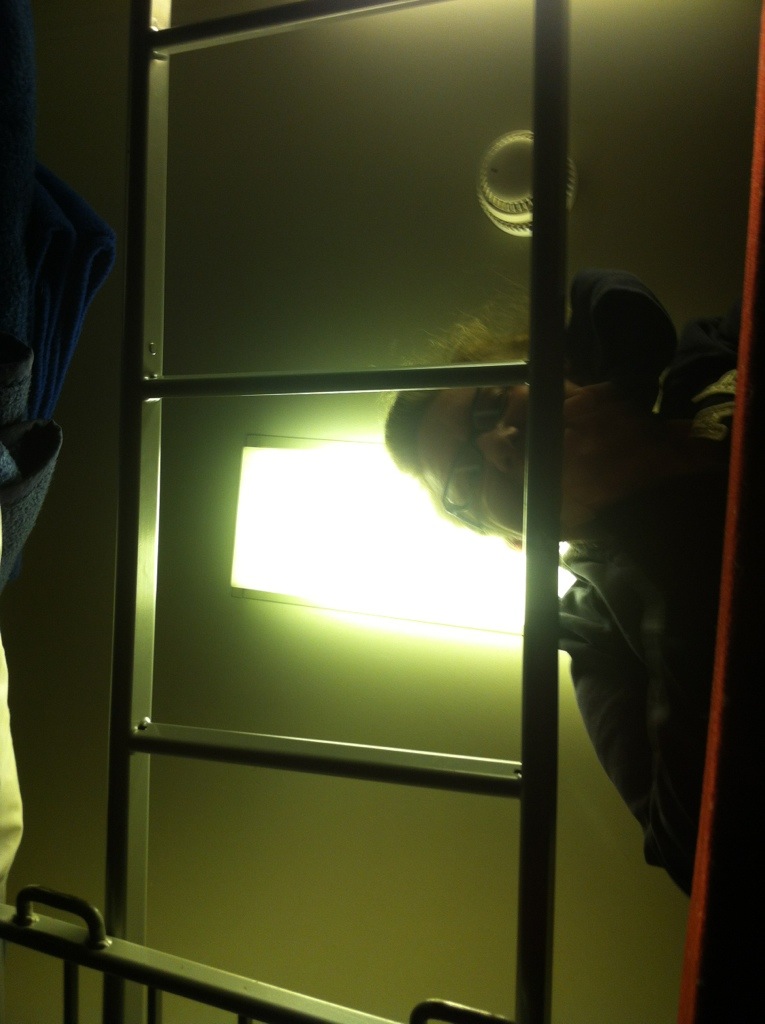 We had a terrible time getting ourselves and all of our stuff onto the train. (The train was a bit late, it was very cold and windy, and we created a major roadblock getting the stroller on board.) Once we got ourselves all loaded into the compartment, it wasn’t much better. At first, we couldn’t figure out where to put any of our things or how anything was supposed to be set up. But eventually, Jo climbed up to the top of the highest bunk bed and we got most of our things stowed away up top. It was a bit crowded, slightly uncomfortable and a little claustrophobic, but cozy and fun — kind of like camping.

After a few hours of socializing in our tightly packed quarters (through most of which Jo hung out in the top bunk and the boys mostly watched videos and played iPad games), we decided to set up for bed. 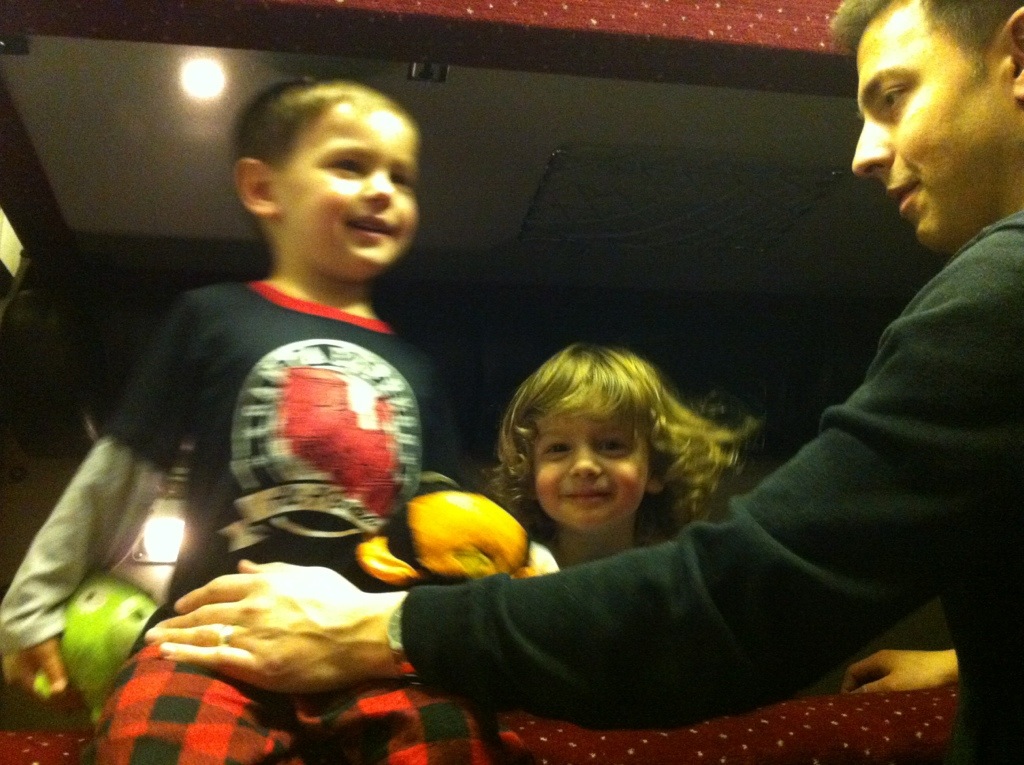 It took forever. Getting everything arranged, figuring out how to set up all of the beds (and then realizing that there were no options at that point other than laying down or standing up) and getting the boys and ourselves ready for bed all were more complicated and took longer than we expected. By the time we all got in to bed (around 11) we were completely exhausted.

The kids were AMAZING. Through the initial stress of getting situated, plus the hours of confinement, and on through the endless-seeming evening of “getting ready for bed”, they were pleasant, happy and enthusiastic. Then they snuggled down in theirs bunks like experts.

Sleeping was tough. The beds were kind of cozy (if not very big) but the fear of falling out of bed, exacerbated by the sometimes abrupt braking of the train, kept the adults up for a while. B slept soundly, but Liam (who shared a bed with Dan) was restless. We all eventually got some rest though, and I ended up being more comfortable than I expected to be. 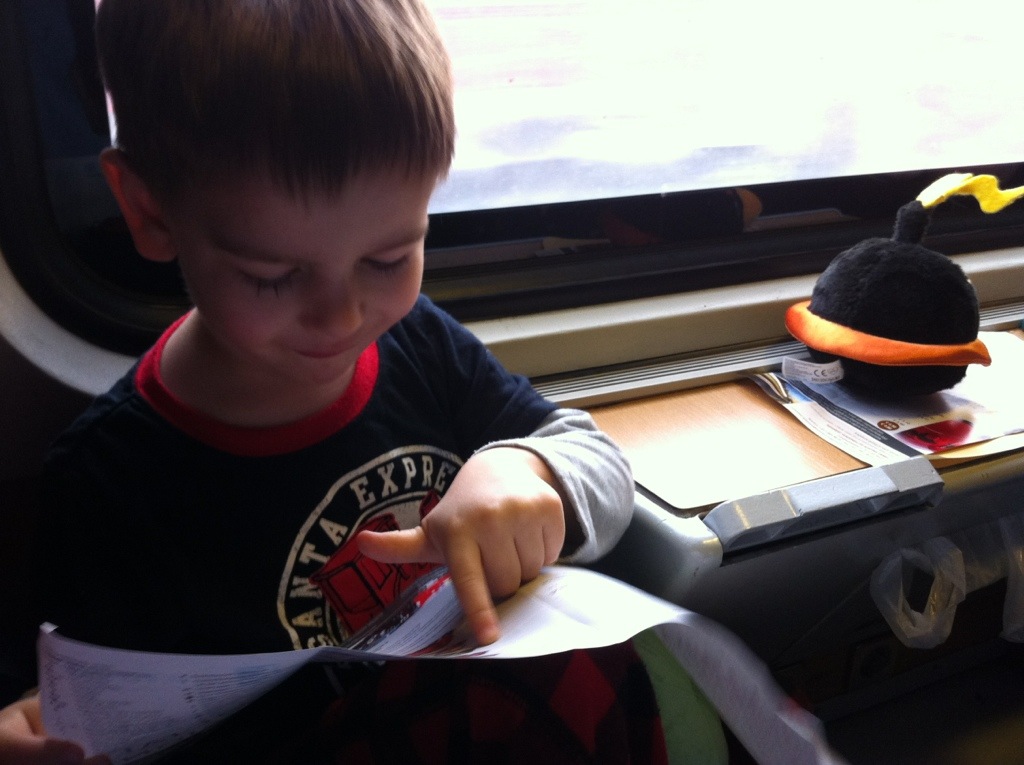 We truly had no idea what it was going to be like before we set off. It was kind of weird, but it worked out pretty well, really. Of course, it was made a bit more challenging by the fact that we ended up nearly 2 hours behind schedule (and then ended up getting to Rome earlier than we’d been told we would, which created an intense scramble at the end).

Our 16 hour train saga seems to have been well worth it though. We’re here now, in Rome, listening to the rain and the birds and the bells ringing at the Vatican. We had an amazing lunch (the food really is as good as we’d heard) and we’re looking forward to the rest of our visit to Rome. The train journey was just the beginning of this piece of our adventure.