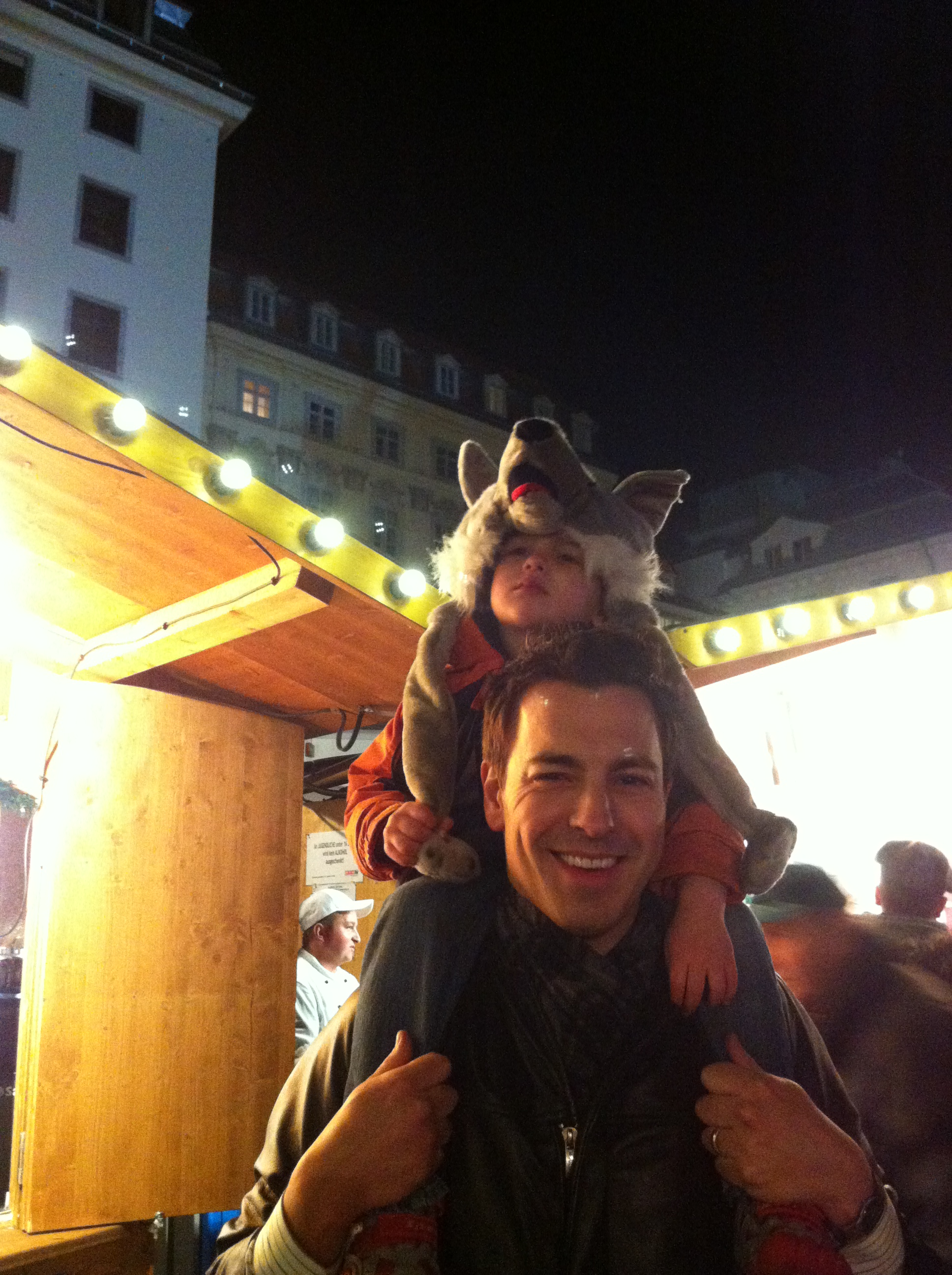 Benjamin has a wolf hat.  We got it last year when we visited Innsbruck.  He saw it and he instantly wanted it.  But, he does that with A LOT of things, so my initial instinct was to say no.  But then, I thought about it, and really, it was cute, reasonably well constructed, actually fit him, and it would be a functional souvenir from our trip, so I changed my mind and got it for him. 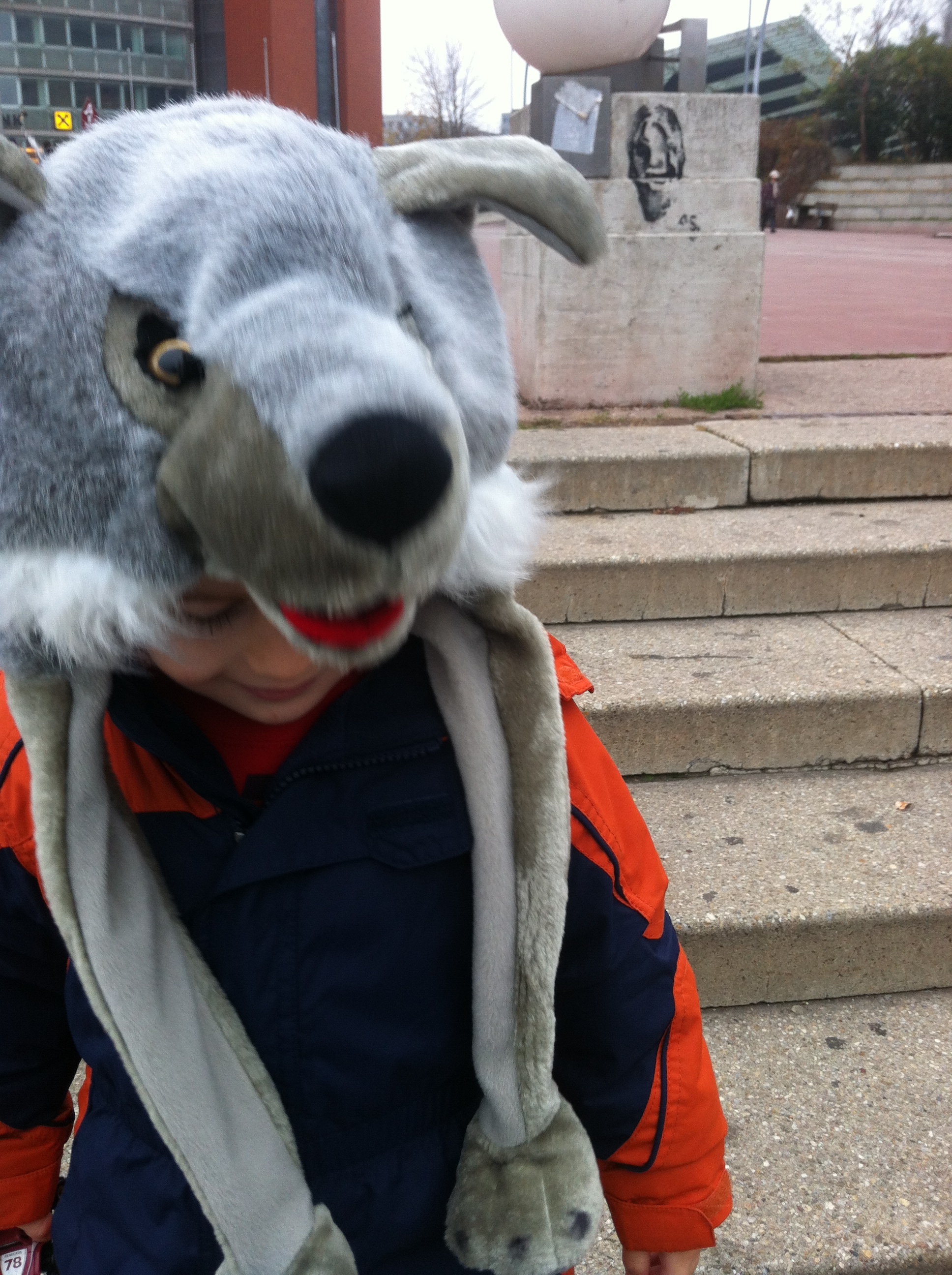 To be clear, it isn’t made out of real wolf fur or anything.  It just LOOKS like a wolf.  There is a big wolf-looking head that sits on top of B’s head, with yellow-ish eyes and a snout with a red tongue sticking out, and it has two front “paws” that hang down over his ears and down the front of his chest.  I’ve seen other animal hats in a similar style, but I’ve never seen one so cool.  B loves it, and he wears it a lot (most days, now that it’s cold again).

Austrians, in general, aren’t as overtly friendly as we Americans are.  They don’t chat with strangers in the grocery line or on the train.  They aren’t really big on “small talk” at all.  They make eye contact, but they don’t smile.  People don’t stop you on the street and ask where you got your coat or your boots or your bag.  They just don’t.  It’s different than home.  You chat with your neighbors (if you know them) when you see them, but you just don’t talk to complete strangers.

But, the wolf hat changes everything.  Every time B wears it when we go out, people smile.  Sometimes they laugh with surprise.  They shriek in mock fear.  Complete strangers pat him on the head as we walk by.  They say hello.  When they realize he’s not much of a German speaker, they say hello in English.  I’ve had people stop me on the street and ask where we got it.  All of this is kind of astonishing and unheard of here.  But the wolf hat makes it happen, every single time.  Must be magic. 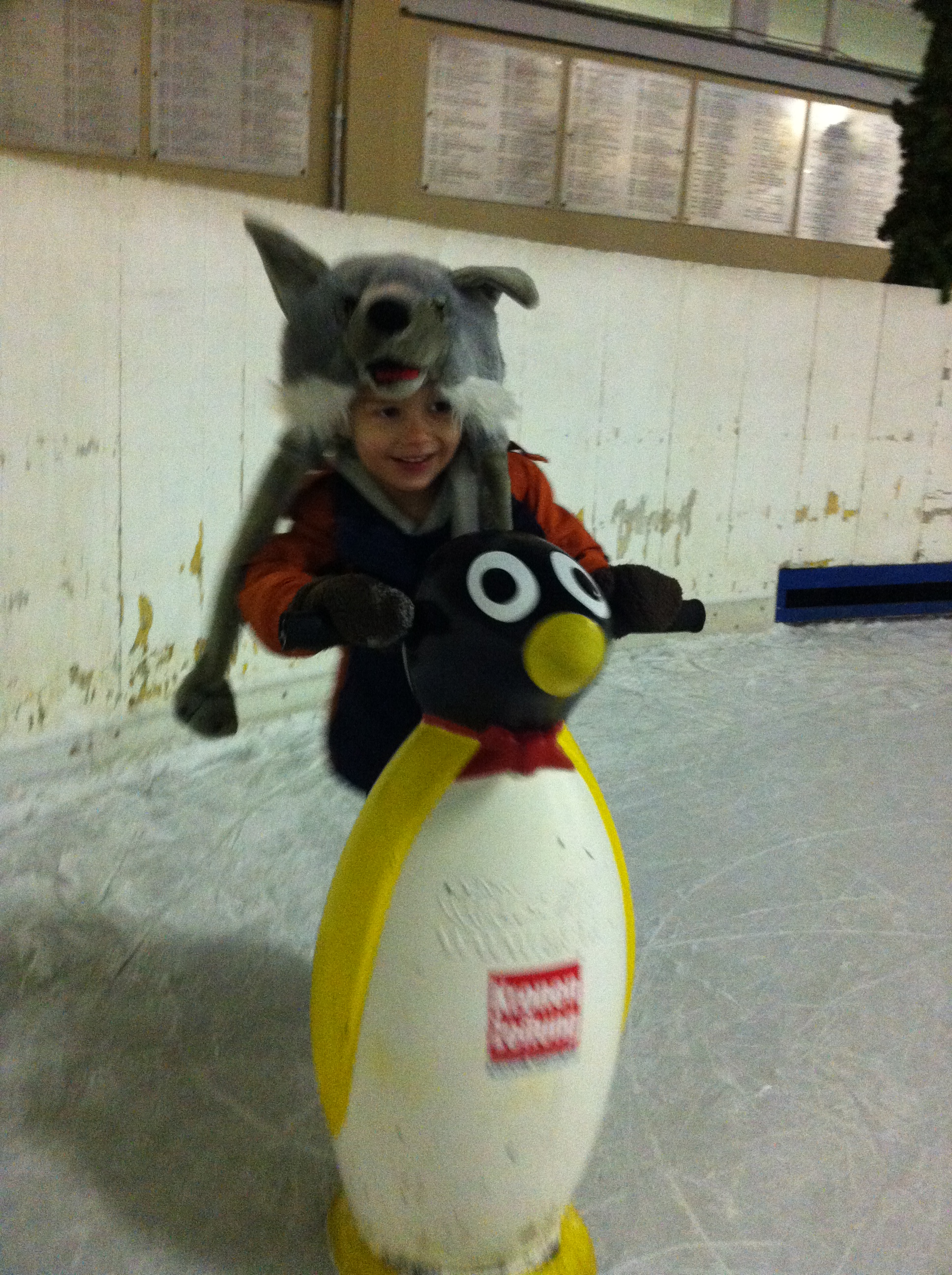