Liam is learning to talk.  Other than getting “mama” out a few times a couple of months ago, he hasn’t really said anything consistently.  In the past month, he’s learned “No!”, but that’s his answer to absolutely every question you ask him, so although he was “talking” it didn’t really count as communicating. 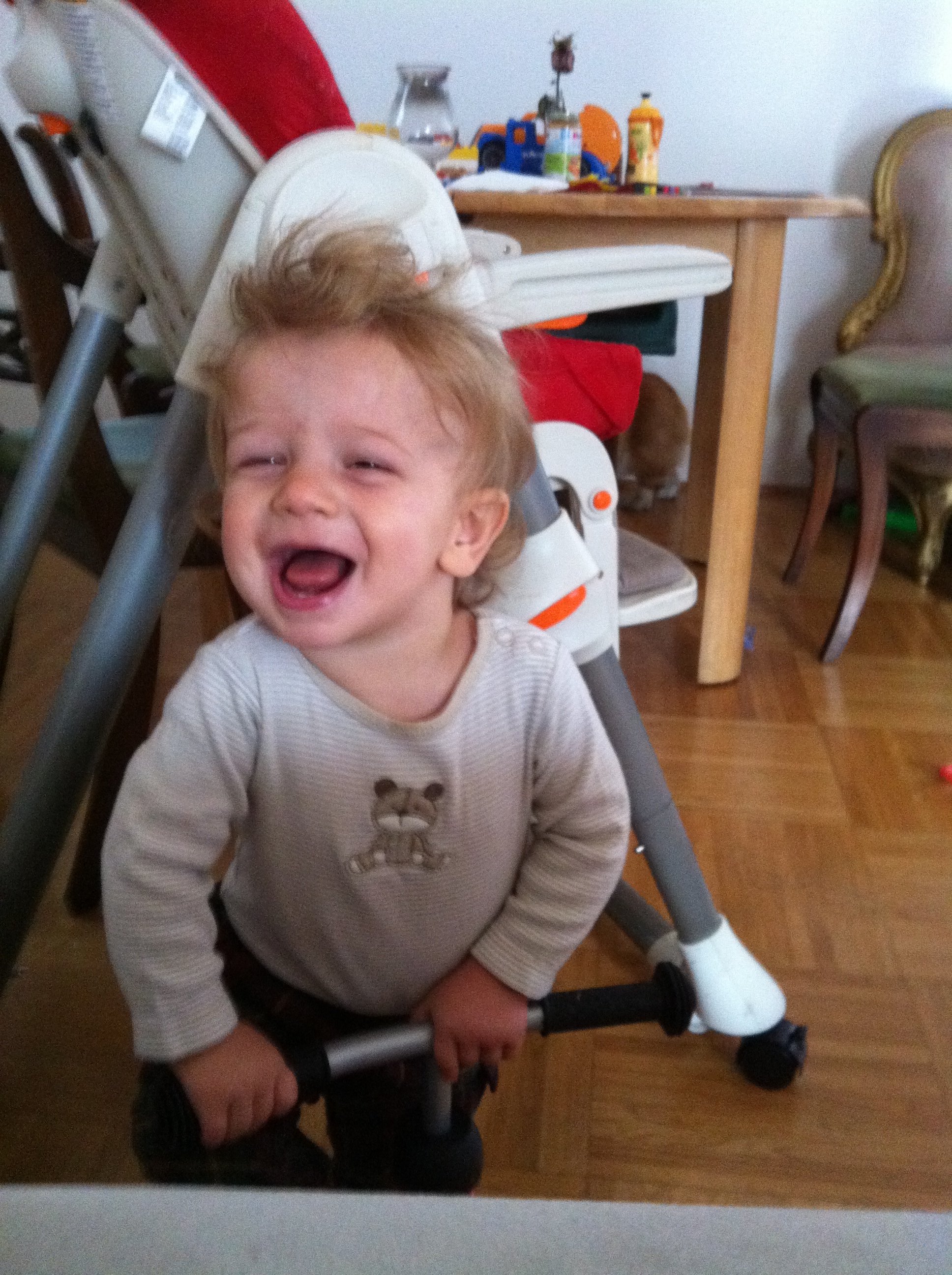 But, he’s moving on from there.  First, we started noticing that the “no” that means no and the “no” that means yes have a definitely different inflection.  Then, in the past few days, he started following Bailey around the house yelling, “Vuh!  Vuh!  Vuh!” (which is the sound a dog makes, if you didn’t know).  Now, he’s added, “Dah!” (dog) to his canine monologue.  It is so cute.  And, in addition to occasionally chasing Bailey around shouting, “Dah!  Vuh!  Vuh!  Vuh!  Dah!”, which we now understand, he also looks enthusiastically in all of Bailey’s hiding places if you ask him “What sound does a dog make?” (because I guess he wants the answer from the source).  He’s been a great communicator for a while (more of a pointer and gesturer than B was) but it’s really fun to see him adding actual words (more or less) to his repertoire.

Benjamin’s doing the same thing.  Just this week, he’s started to use words and phrases we don’t understand.  We’re not sure how to separate the actual words from the nonsense words (he’s recently started inventing words, too, which I think comes from a combination of hanging out with Liam and being bombarded daily by a lot of words that are effectively nonsense to him).  The other night at the doctor’s office, though, he said to Liam “Schau ma, Liam!” (or something like that) when showing him a new toy.  The doctor immediately recognized it and told us he was telling Liam to “look here”.  Since that night, it’s the only way I’ve heard him address Liam if he wants to show him something.  His pronunciation, too, of words in German is impressive (his ü is way better than mine).

I’m impressed, with both of my boys.  Learning a language is a lot of work, and they’re both doing great.