Benjamin saw it in the window of a shop down the block, and he’s been talking about it ever since.  It’s a clear, plastic child’s umbrella, featuring Spider-Man.  He fell in love with it. 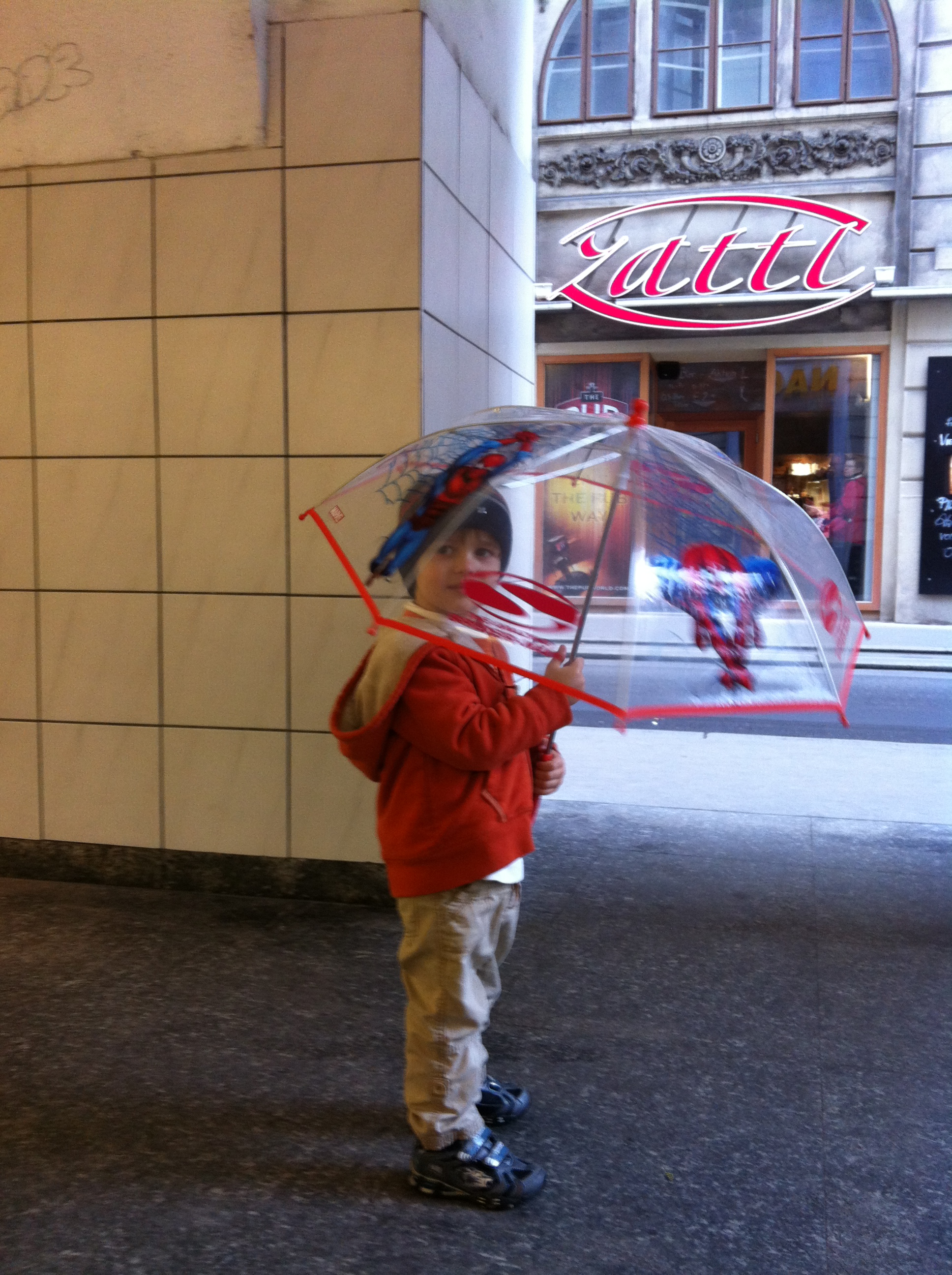 He doesn’t have any particular affinity for Spider-Man — in fact, I think this may be his first exposure to the concept (he’s been calling it the “spider umbrella” — I think it’s the spider part of the design that attracted him).  But, since the first time he saw it, he’s been asking us for it.  I asked him if he’d rather us find him a Lightning McQueen umbrella (which is his current favorite character), but he said no, he’d actually prefer “the spider one”.

The truth is, an umbrella is a pretty reasonable purchase for him (I just bought myself one, as too) since he’s out, back and forth to school, every day.  Besides, we wanted to indulge him.  His asking (very sweetly, with lots of “please”s) over and over was actually really cute — he managed stay persistent without getting annoying. 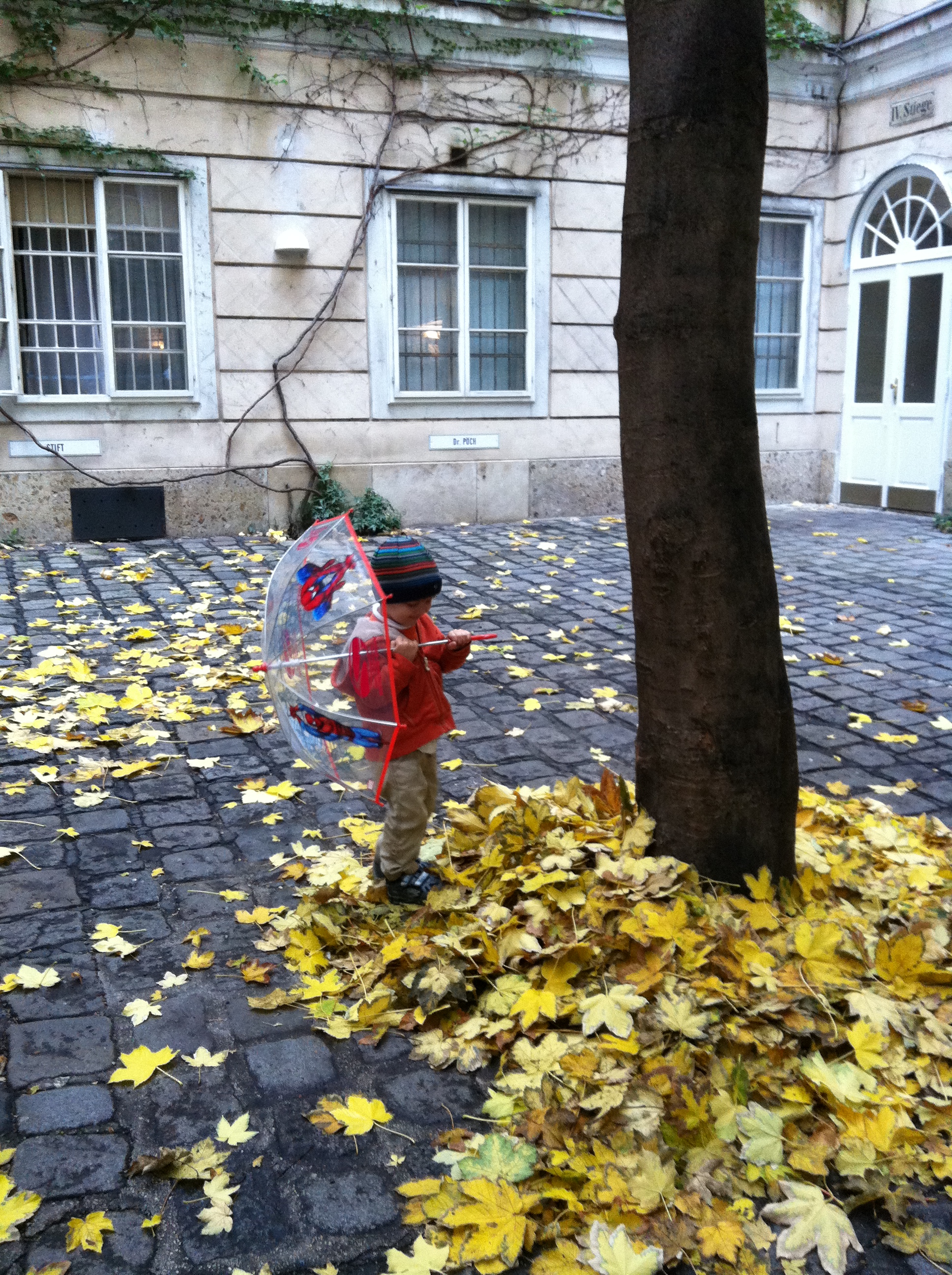 So today, after school, we went and got it.  I had completely forgotten, but the second I touched, heard and smelled the plastic, I remembered exactly the sensation of holding a plastic umbrella as a little girl.  I used to have one just like it (not with Spider-Man, though — my mom remembers it as Hello Kitty).

He is thrilled.  He carried it all around the store, all the way home, and around the house for a while.  He was so excited to show it to his Grandma on Skype today, and then to Daddy when he got home from work.  Later this evening, when he went out with Dan, to pick up dinner, he took it with him (it was raining, so it got its first real use).  It was so much fun for me, too, to get it for him.  It’s fun to be able to spoil him sometimes (and I’m so glad to be able to do that).