I live in Austria.  I don’t have a car, I go out every day (rain, shine, cold or wind) at least to pick up Benjamin at school.  It’s only October, and we’re already below freezing in the mornings.  I can’t avoid it any longer:  I need a hat.

I do own a few hats — wooly, winter hats, built for warmth rather than appearance.  At home, that was fine, since I hardly ever wore them unless I was bundled up to go out in the snow with the kids, or out to the barn with the horses, and in either situation, function outweighs form in terms of selecting apparel.

But, with my new location, and the inevitability of it becoming more a daily accessory, I want to do better — I want to do what I can to find something warm and cute.  It’s a challenge.

Vienna has many specialty hat stores.  Hats are a ubiquitous item here, and people also like to be fashionable, so there are lots of options.  This is both good and bad.  On the one hand, I get to try on a lot of different things:  if I don’t like the first thing I see, that’s no problem — there are dozens of other choices.  On the other hand, there are dozens of choices and I really have no idea what I’m looking for, and that makes it a little overwhelming.

I went to the closest hat store (located on my block) and threw myself on the mercy of the first English speaking shopkeeper I found.  She was great — she asked me about my winter coats, about where and how often I’d be wearing a hat, and made a few suggestions.  I tried them all on, and felt silly with every single one.  Why is that?!?  I see other people wearing hats, all the time, looking cute — looking warm and fashionable and as though wearing a hat is a totally normal thing.  Each one I put on looks like part of a costume, or like it belongs to someone else and I just stuck it on to keep from being frozen.  The ones that I like the best on the shelf look the most ridiculous on me, the ones I liked the next best made me look like I’d borrowed something from an elderly person and the ones I like the least turned out to be the least offensive when I actually put them on my head and looked in the mirror. 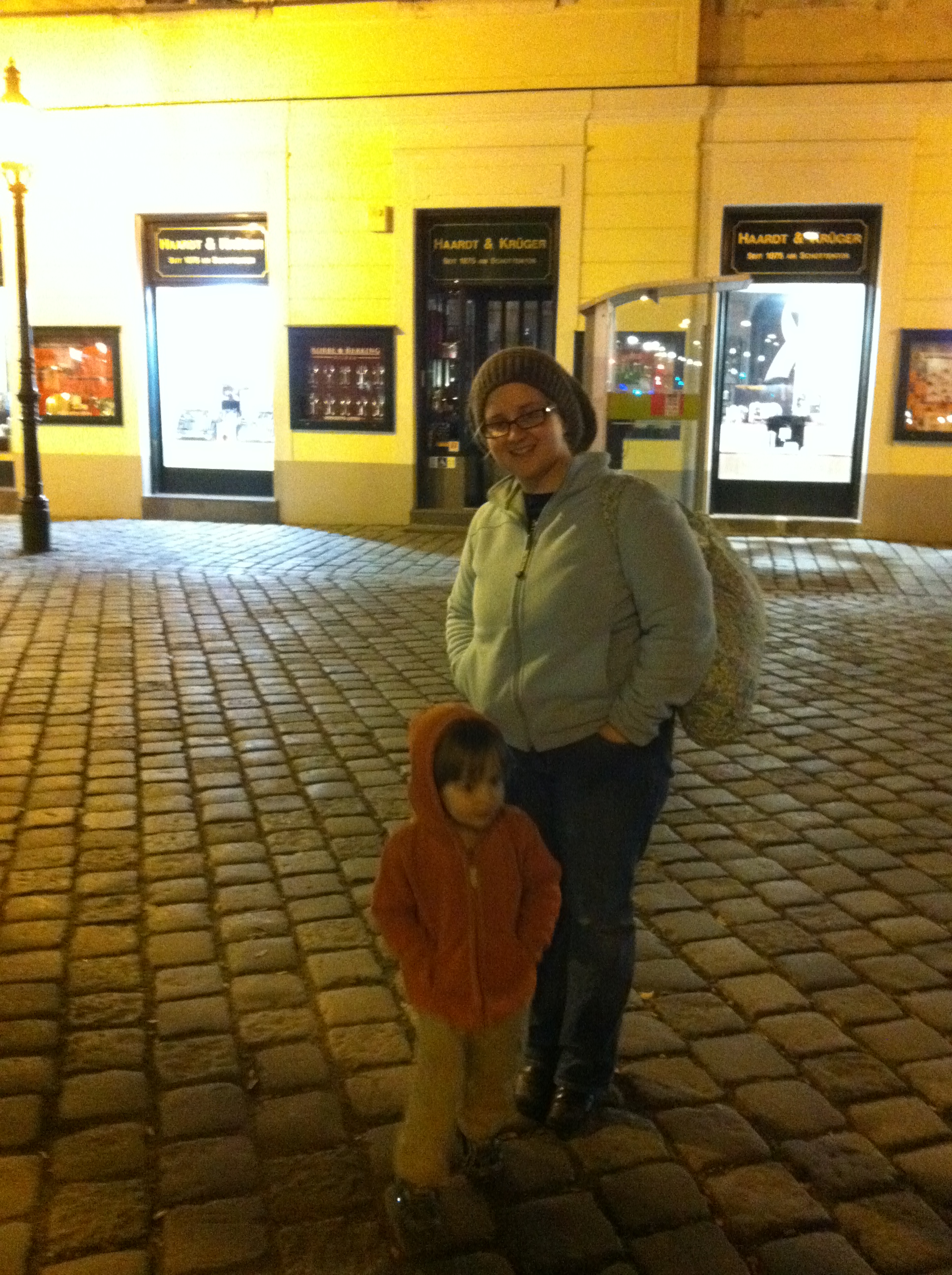 I still felt silly, though.  It still feels like playing dress up in something that belongs to someone else.  I narrowed it down to my favorite three choices, and then asked my new hat sales clerk friend for an opinion.  She picked the one I was the least drawn to, but I went with her idea (she is a professional, and she looks at people in hats all day long — AND she was honest with me about some less than attractive choices I tried).  It’s warm, but it’s BIG (apparently, it’s fashionable).  I feel silly when I put it on, but I’m glad my head is warm.  My hope is that I’ll get used to it, and that maybe, as the winter goes on, I’ll grow bolder and more comfortable with the idea of a hat, and maybe even be able to bravely experiment with other styles.  If I need to wear one every day (and if I need it in October, I imagine it won’t really be an option in January) I’m hoping I can find something that I really like — and maybe become one of those cute hat wearing people, too.