My language class finished on Monday.  Benjamin starts preschool next Monday.  So, next week, our schedule as a family will be completely different.  Between now and then, though, we don’t have any need of our old schedule, we don’t need to be on our new schedule, and we don’t have anything in particular that we need to accomplish.  I’m in schedule limbo.  It’s a weird sensation (especially for me, tightly wound as I am).

So, I’ve decided that the next few days should be a like a vacation and we should try to do things we don’t always get a chance to do.  This morning, I decided to pack the boys up and go explore a park on the other side of town.  We went there once before, but as soon as we got there last time, Liam had a meltdown and we ended up leaving pretty quickly, before we got a chance to really check it out.  The weather today was beautiful and perfect for the park, so we got ready to go out.

After I’d gotten everyone dressed, Liam threw up all over himself and me.  (It’s amazing how frustrating it can be, even when you don’t have anywhere in particular to go, to *almost* get out the door and then have to turn right back around and undo everything.)  So, I got him and myself cleaned up and dressed again, got out the door . . . and Benjamin slipped on the freshly mopped floor on our landing and fell.  Back inside for ice on his head and lots of kisses.  Back out again. 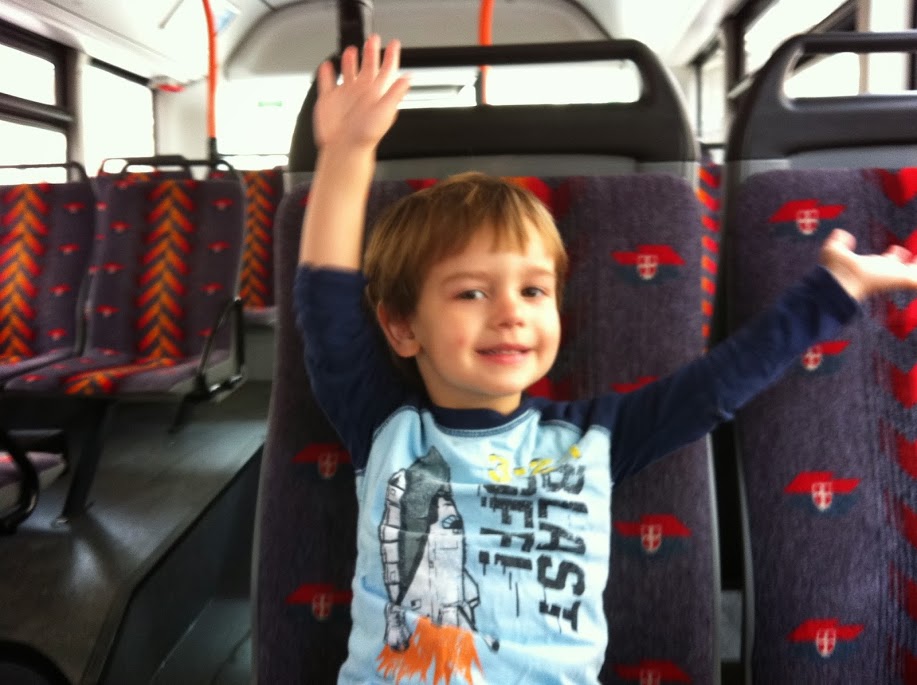 We got on the bus and rode to the end of the line, near where the park is.  We got off, and I was immediately stopped and asked for directions (as usual).  But, aha!  Now that I’ve taken German classes, I can give directions in German!  Woo hoo!  I explained exactly where to go, turned around, and realized I was somewhere different than I thought I was.  Not that I’d gotten off the bus in the wrong place, but I’d just lost my bearings, so I’d given these poor people the exact wrong directions.  (But, at least I did it in German!)

We walked around the park a little and had a nice time — it’s very pretty.  We looked around, petted some dogs, had a snack.  We still didn’t see all that there was to see, but we made some definite progress.  Then, as it was getting to be towards nap time, we decided to head home.  Benjamin wanted to ride the strassenbahn home, so we found a stop, and boarded a train.  We got off to switch trains, and decided to take the U-Bahn home instead.  We all made it, in one piece, with no further catastrophe.  So, today, we rode the three major forms of Viennese public transport (bus, strassenbahn, U-Bahn), went to the park, and even gave directions (never mind that they were wrong . . . ) — we’re definitely making progress. 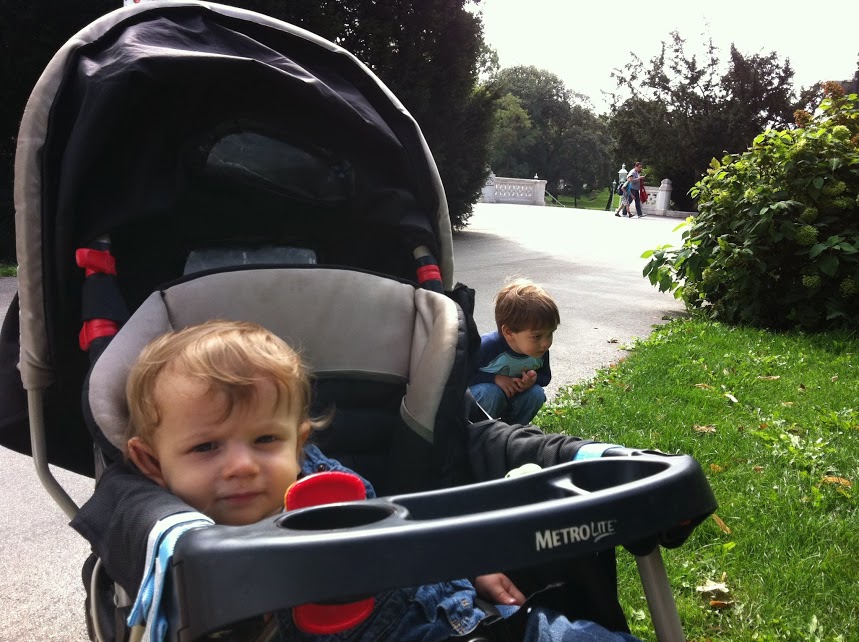