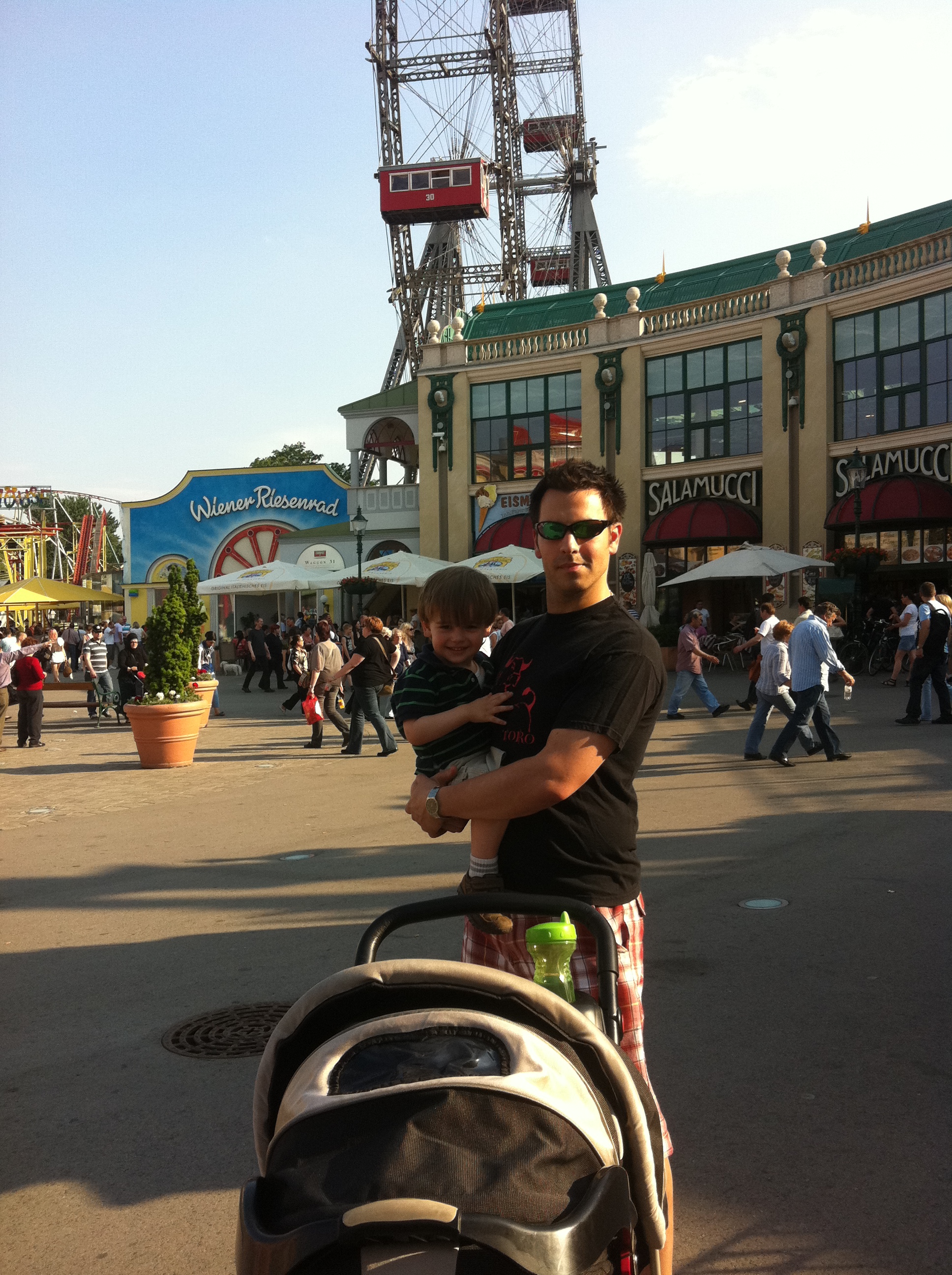 Our weekend kind of got away from us, and after a day full of organizing and cleaning yesterday, and a morning full of visiting with an old friend of Dan’s and walking around downtown Vienna, we decided to be briefly adventurous and go explore somewhere neither Dan nor I had ever been:  the Prater.  The Prater is a big park in Vienna — it has a “green” section (what you’d think of as a park) and an amusement park section . . . which is almost exactly what you’d expect from an amusement park.  It’s full of everything you’d expect in an amusement park:  wild rides, water rides, games, balloons, bad-for-you food and tons of people. 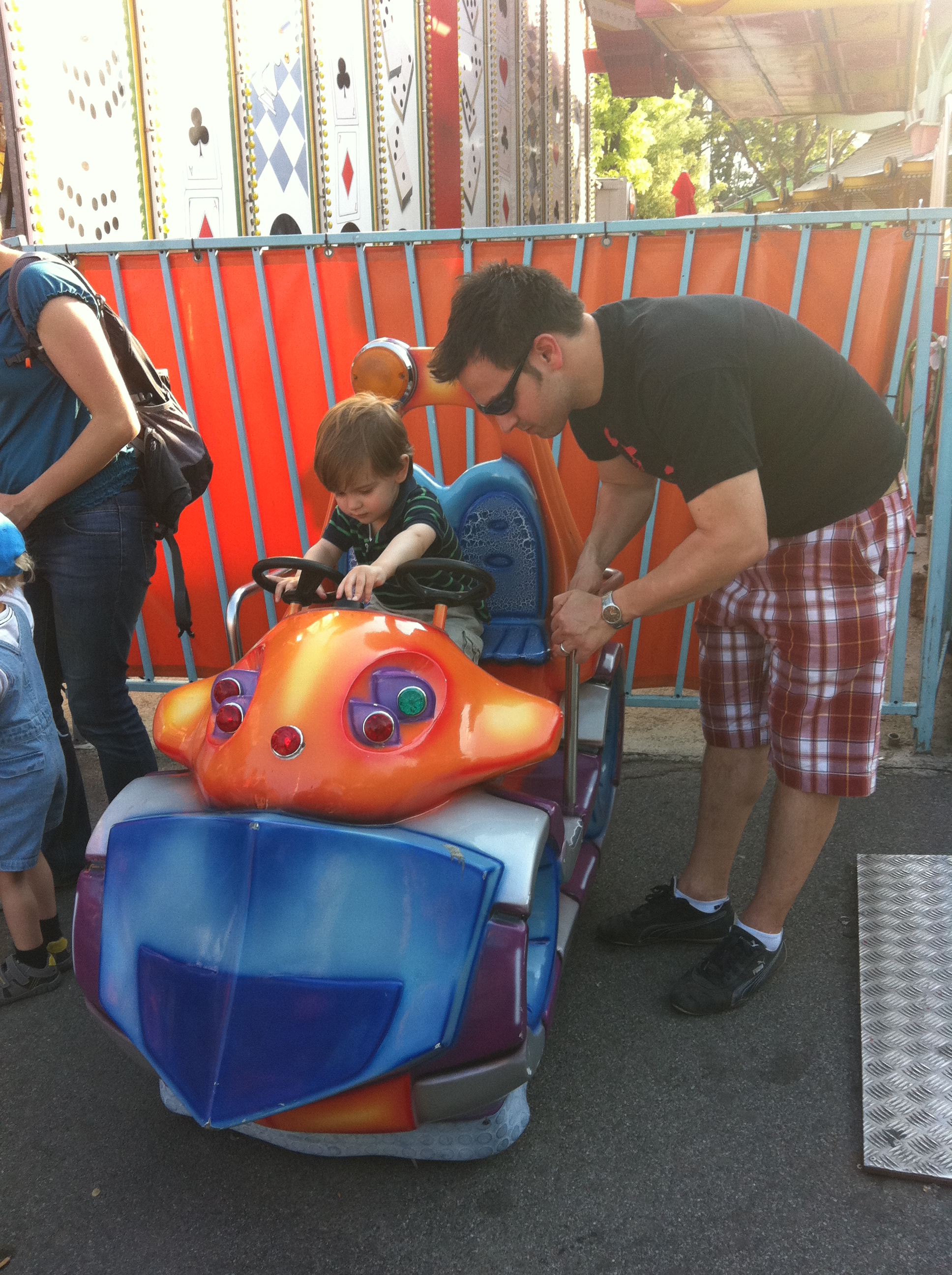 There are two weird things about the Prater amusement park.  First, much like the playgrounds here, they aren’t as worried about potential lawsuits, so they take the kinds of rides we have in the US and make them more extreme.  They have things that don’t exist much in the US anymore in those types of parks, too:  like go-carts and pony rides.  The rides are really very much like what you’d see at an amusement park or a carnival . . . but faster, bigger, wilder.  There were rides that looked like they were a direct ticket to whiplash and vomiting (some at the same time).  There was a “swings” ride that went about 100 feet in the air, and a ride that seemed to consist of a bench seat on a pair of bungee cords (maybe you had to be there). 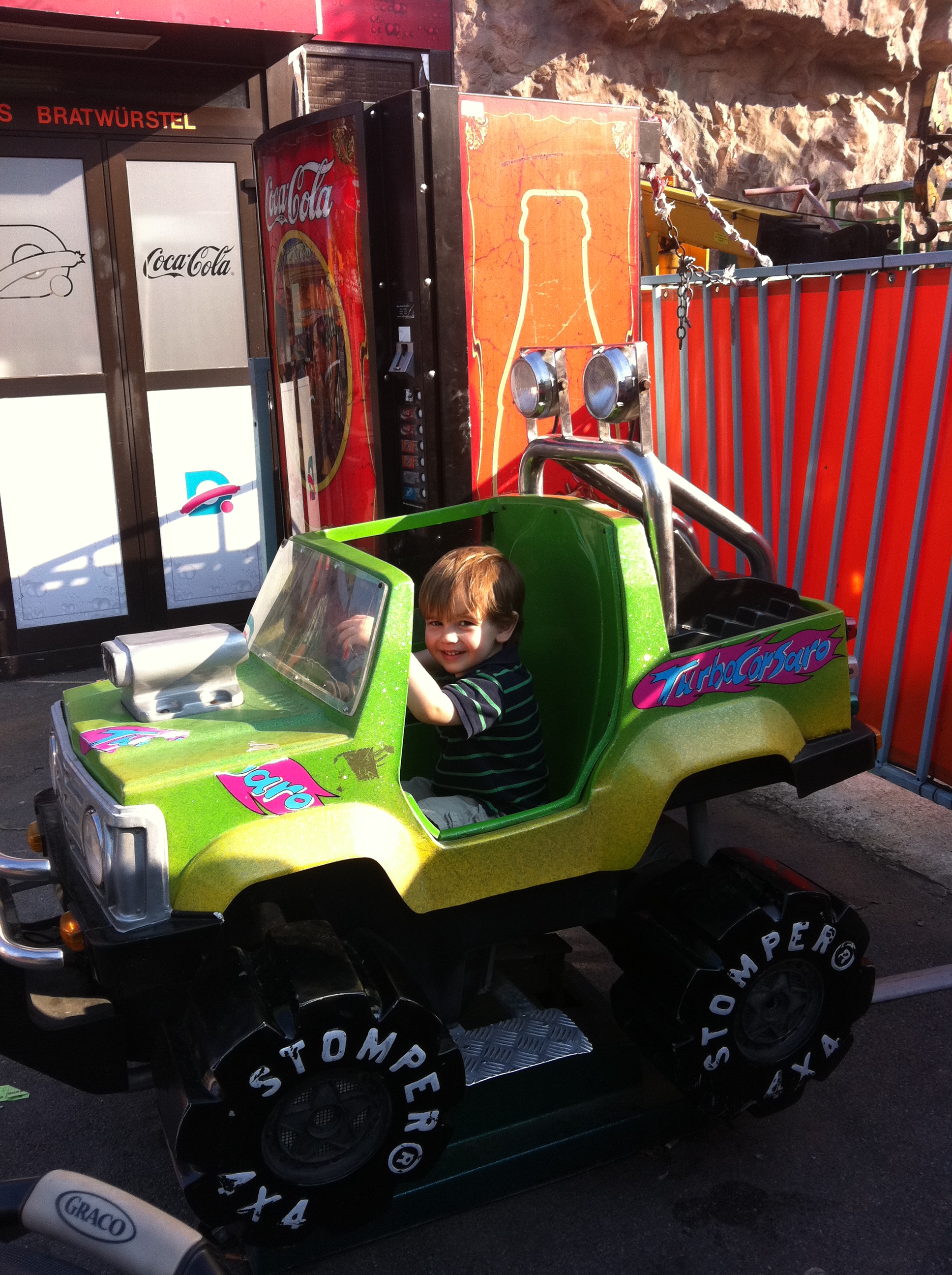 But the other weird thing about it . . . is that it’s in Vienna.  The Viennese are generally quite conservative, proper, restrained.  This is nothing like that.  This is a very “American” seeming amusement park:  excessive, indulgent and uninhibited.  I don’t think I’ve ever seen such a collection of Viennese people seeming so un-Viennese!  No one was dressed particularly carefully.  Many of the children had uncombed hair (gasp!).  And, in general, the crowds were more boisterous than we’re used to seeing here.  Of course, the average age was pretty young, as well, which changes the dynamic a bit, but it’s definitely a different demographic than we’ve been seeing near our place in the first district (or anywhere else we’ve been so far).  We seem to have found where the Viennese go to unwind.

We didn’t stay long — it was late afternoon when we got there, and we have a big day tomorrow, so we had to get home.  We’ll go back.  Many of the rides are too grown up for Benjamin (most of the rides, actually) but it was a fun atmosphere, if a little surprising.  We promised Benjamin a ride on the fire truck ride the next time we go, and I think he’ll hold us to it.