When Dan was first approached about potentially moving here and going to work for the UN, he was told (repeatedly) that the only way to make it work was to make his wife happy.  They told him I’d have the harder job, and the only way we’d be able to stay here through the duration of his contract would be for the whole family to work as hard as possible to make my job as easy as possible.

We’ve not even been here a month, but I see what they were saying:  I think I have the harder job. 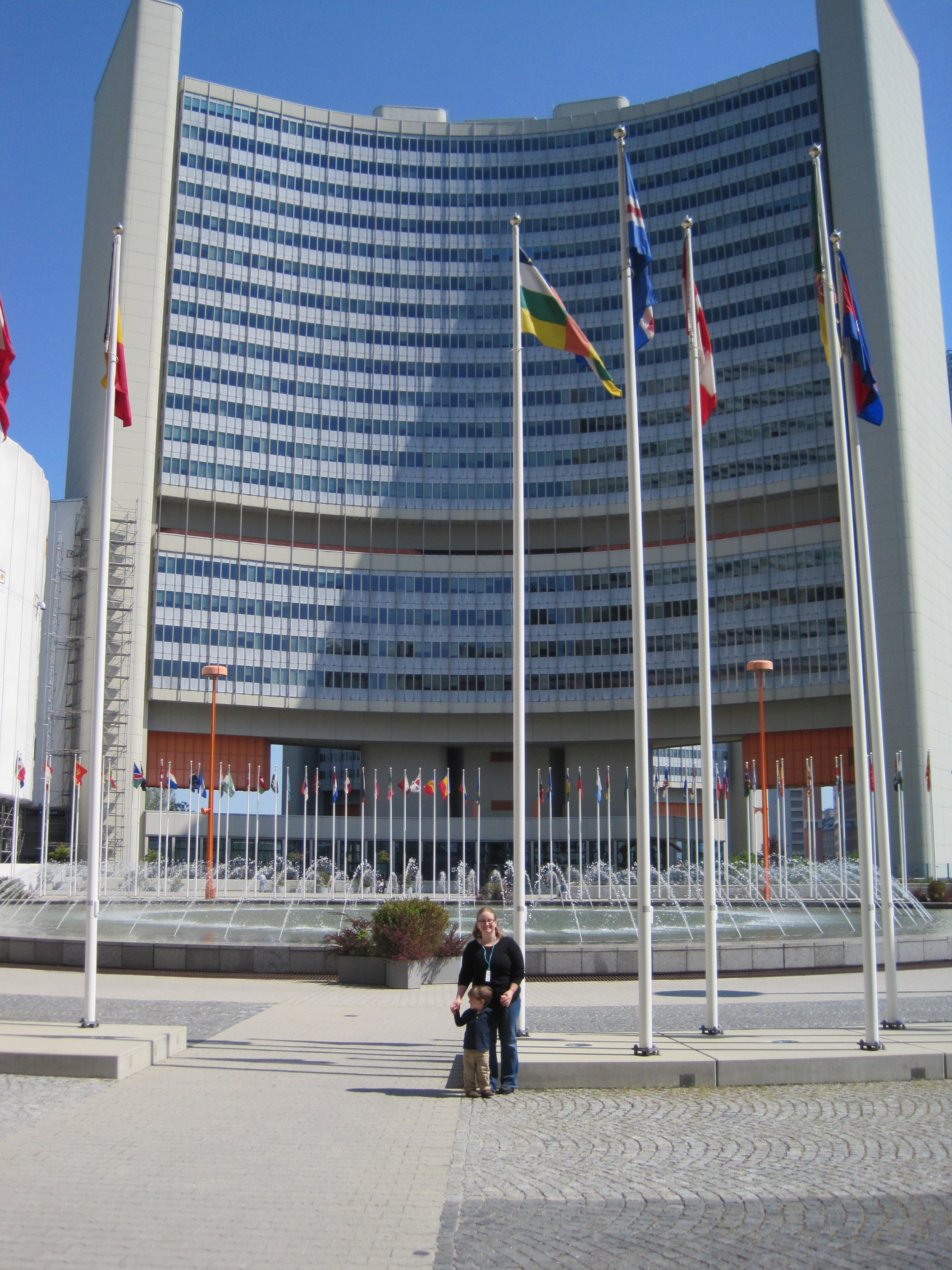 Benjamin, Liam & I went to Dan’s work with him for the first time today.  It’s pretty neat to go to the UN headquarters, and there is a beautiful fountain outside with the flags of the member countries displayed around it.  Benjamin and Liam thoroughly charmed the security and badge agents (who are every bit as serious, but MUCH more pleasant than the TSA screeners).  We got registered for our “family pass” (which will allow us to come and go from certain parts of the complex unescorted) and got the grand tour from Dan.

It’s a nice place, I’m really glad to see where Dan is working, and I know it was really fun for Benjamin, too (Liam’s just along for the ride).  But his co-workers were right:  he has it pretty easy.  We were there for a few hours, and we didn’t have to speak in German the entire time.  Everyone there speaks English, all of the signs are in English, you can buy coffee or lunch and order entirely in English (without feeling sheepish, even).  He’s doing something he’s great at, and he even has the benefit of having worked with these people before, so he isn’t even really the “new kid”.  In short, he gets to go to a place, for 40 hours a week that is easy, comfortable and familiar.  I’m thoroughly jealous. 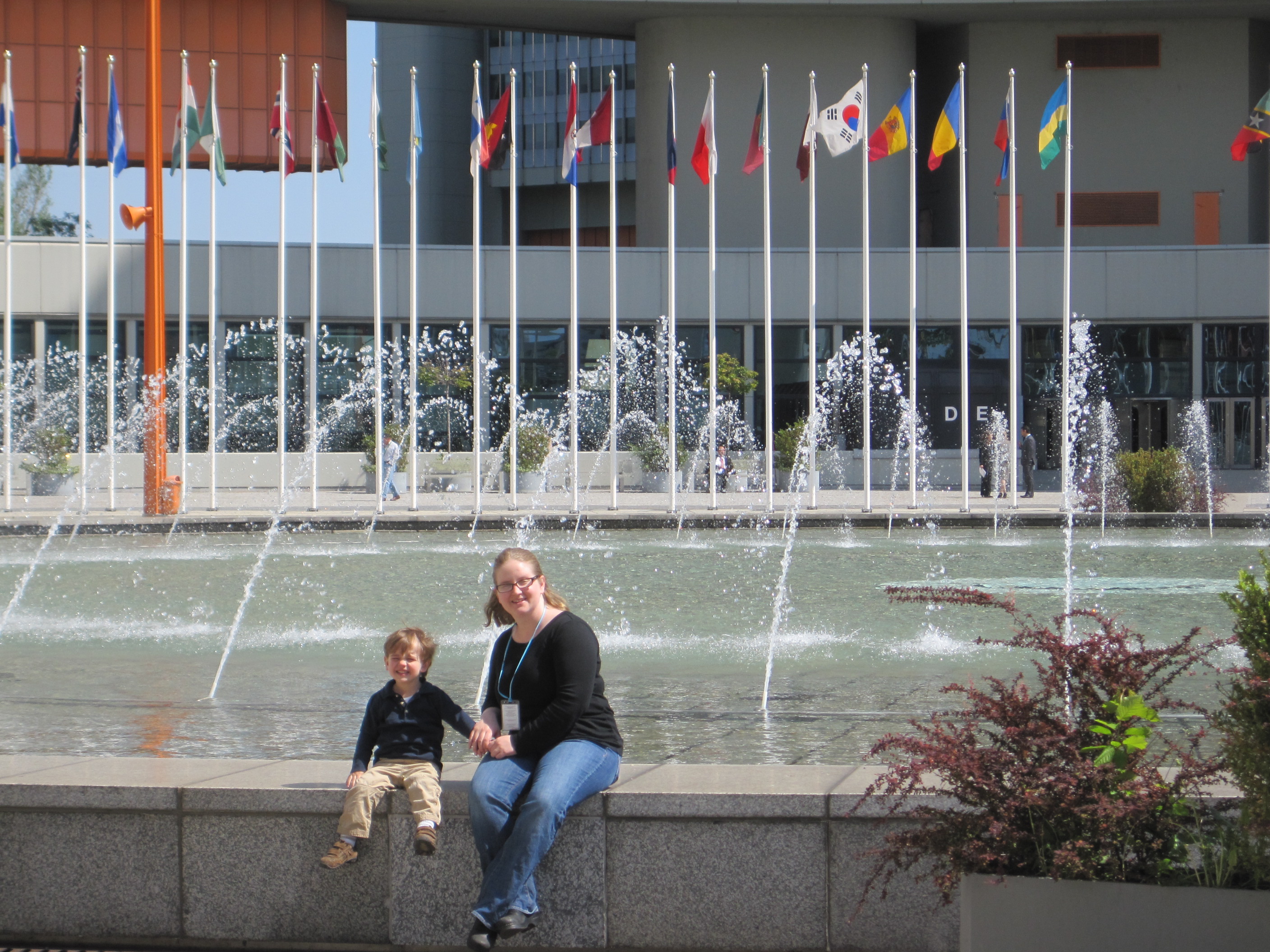 Upon finishing our tour, I headed home, alone on the train with both kids for the first time.  I had to manage the elevators, the train doors (they don’t auto-open here), seating and navigation completely on my own, with a stroller and while holding Benjamin’s hand — including changing trains.  The kids were both over an hour overdue for their naps at that point.  And, of course, when the situation called for communication with my fellow passengers, it was in German.  The train ride home is the hardest thing I’ve done up to this point.  By contrast, Dan signed some paperwork, got coffee, paid our rent and looked into a new phone plan (all in English) during those same hours.  I don’t mean to trivialize Dan’s contribution to the family — the responsibility of being the financial supporter of the household, and a professional in a new environment, is daunting.  But in terms of the magnitude of the challenge we’ve each taken on, I think mine is a mountain and his is a molehill.