It’s a tradition at Benjamin’s school that every year, each class takes a trip together.  In the older grades, the trips vary from a weekend spent camping to a week skiing in the Swiss Alps, but for the younger classes, a day-long field trip is typical.  Last spring, B’s class took their trip to an “adventure playground” called Robinsoninsel (Robinson Island).  I had no idea what to expect from an “adventure playground”, but B’s teacher had talked several times about how much she was looking forward to it, so I imagined it was going to be a pretty fun day. 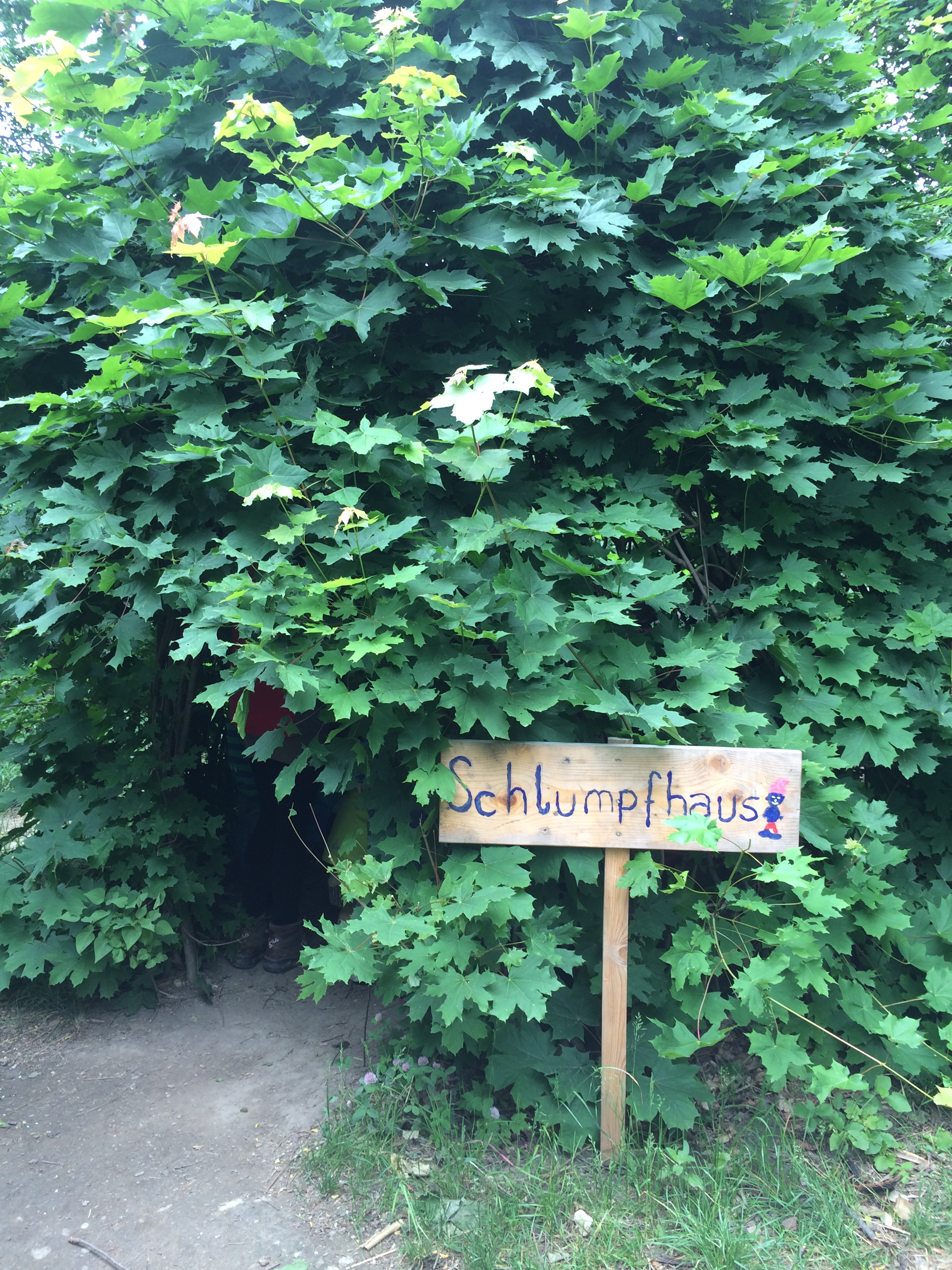 As one of the parents who had volunteered in B’s class throughout the year (and, possibly, as the first to volunteer), I got to join them on their adventure playground trip.  I, too, was pretty excited when the big day arrived.  A whole day to play outside with my kid and his friends?  And it counts as school?  Sounds great!  Once we got there (after a tense moment when I almost missed the bus stop with my assigned group of first graders), I started to understand the excitement.  This was a really cool place.  It covered most of a city block and looked like the kind of “playground” a child would design of you let them — there were rope ladders, trees to climb, swings, hammocks, tree forts, rabbits, ducks, a pond with tadpoles, and a “smurf house”, made of living trees. 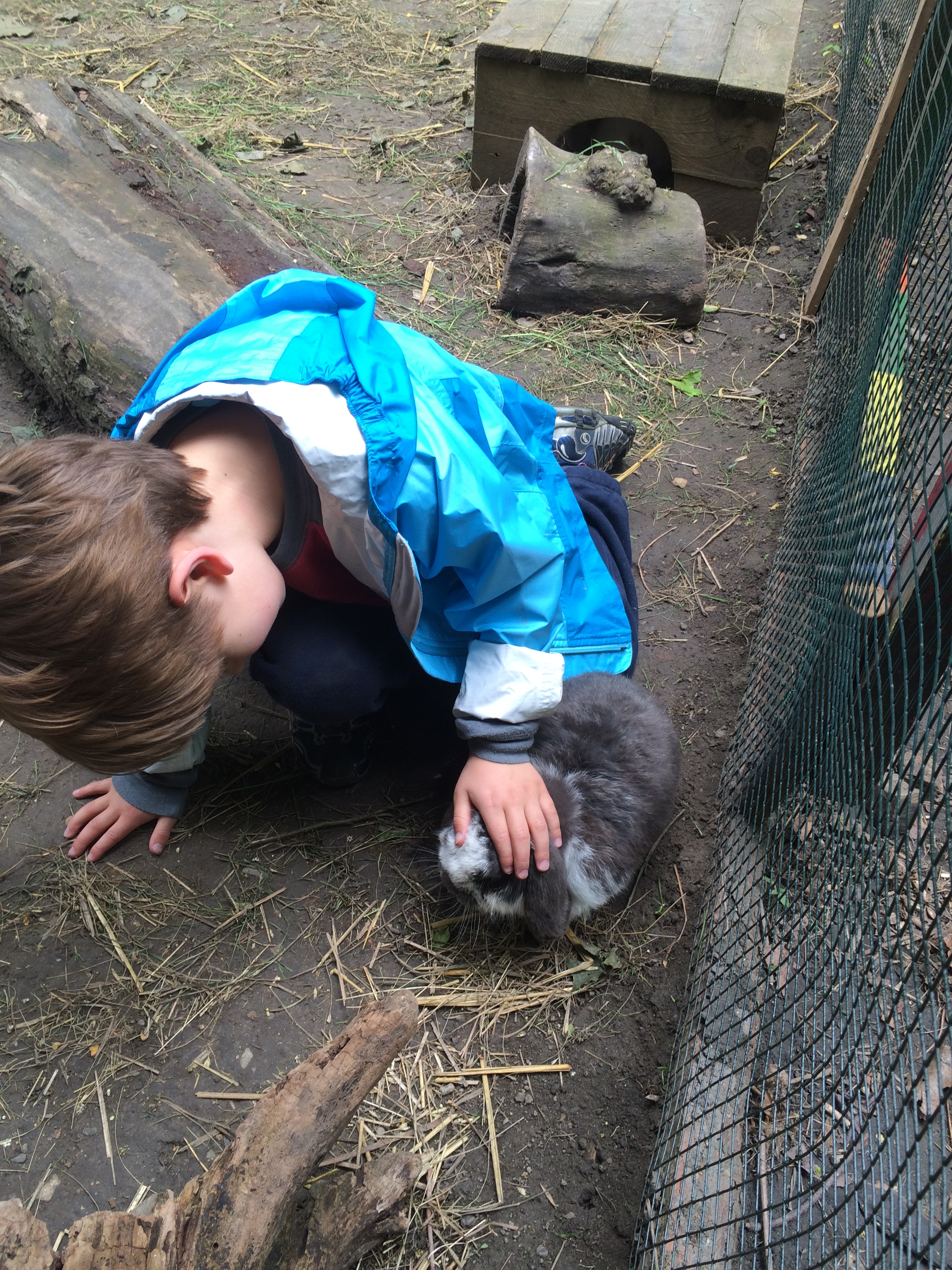 As always, one of my favorite things about being able to join in on these outings is that I get to spend the day with B.  But also, as I had been in the classroom every week and gotten to know each of his classmates as well, it was great fun to watch each of them explore their new environment in their own way.  There were actual goals to accomplish, like looking at bugs under microscopes and learning about different types of animal habitats, but most of the day was spent in a less structured type of learning — climbing, balancing, running, jumping, getting dirty and discovering on their own.

Though the day was gray and drizzly at times, we had a fantastic time (and, on the plus side, no one had to worry about sunscreen, including me).  It was a wonderful opportunity for a group of city kids to learn and play outside for the day, and I felt honored to be able to join them. 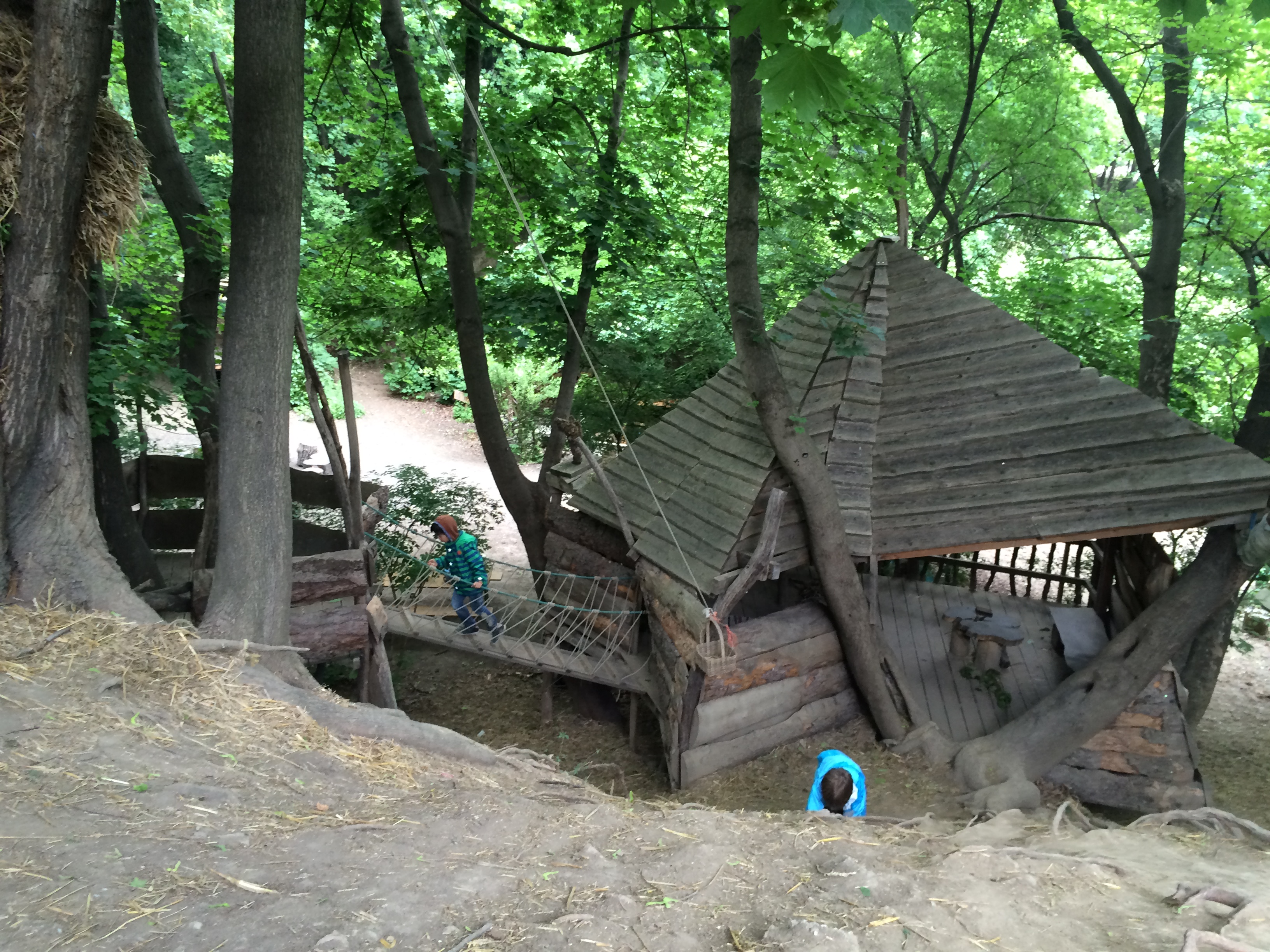 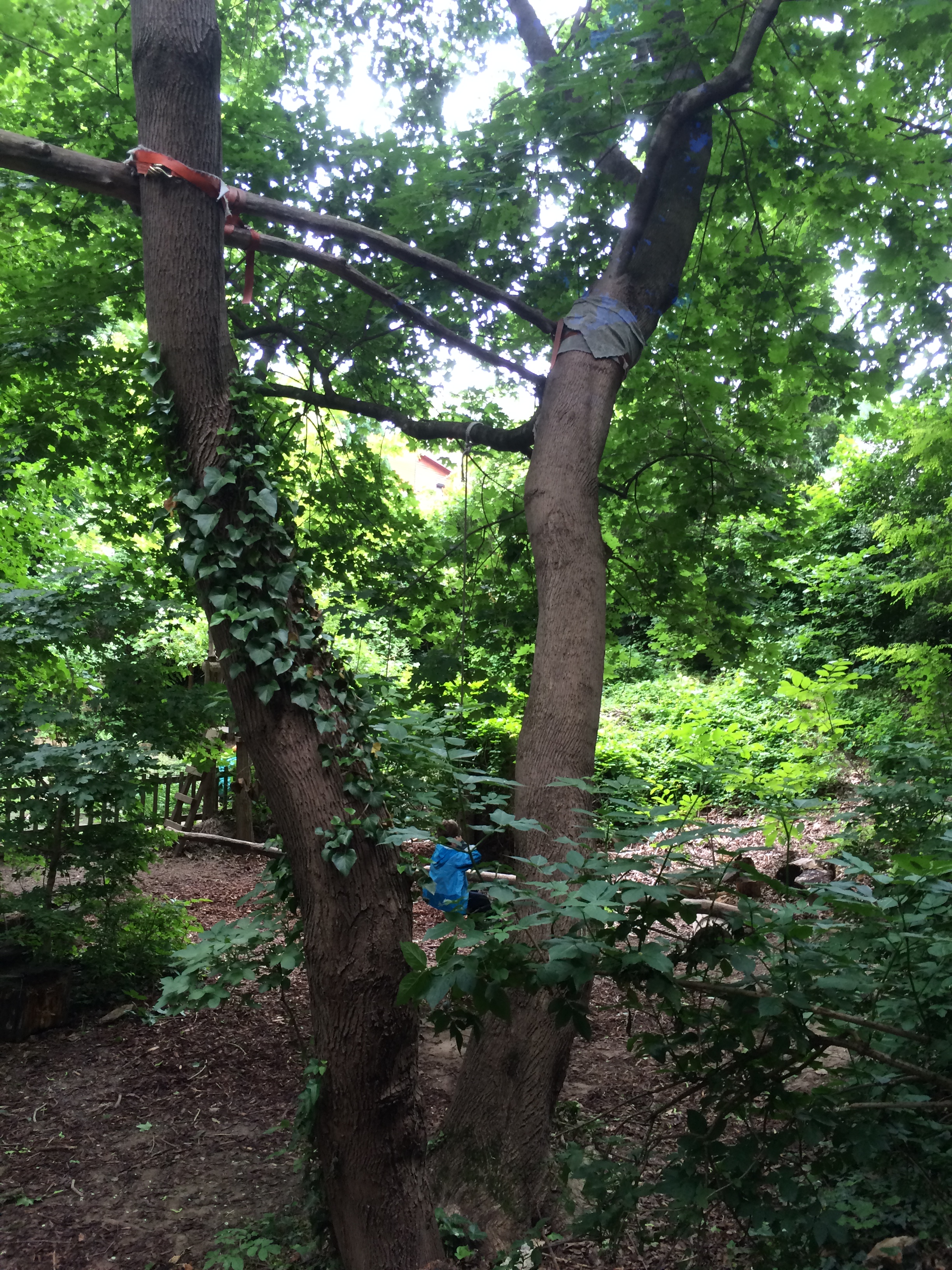 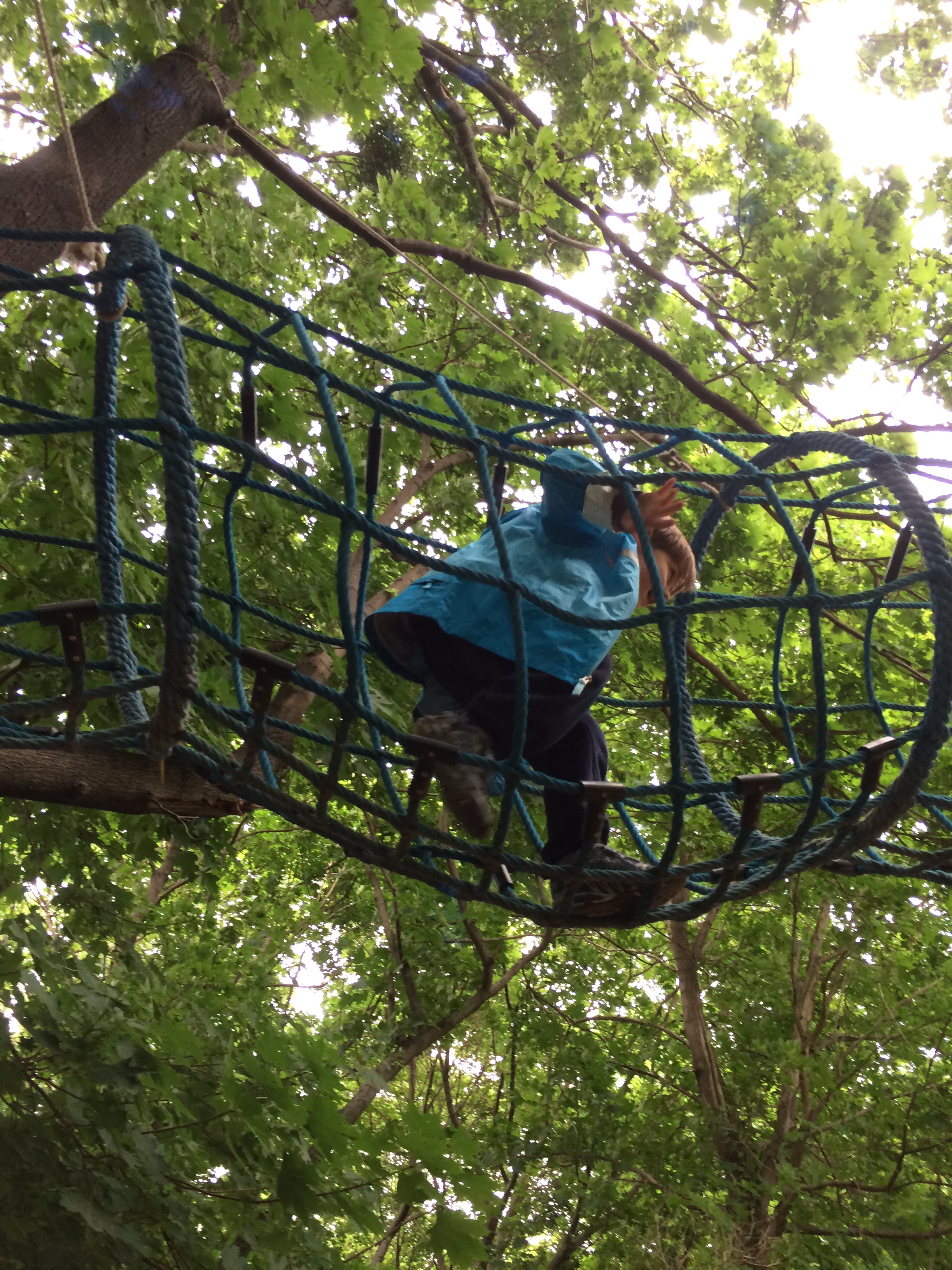