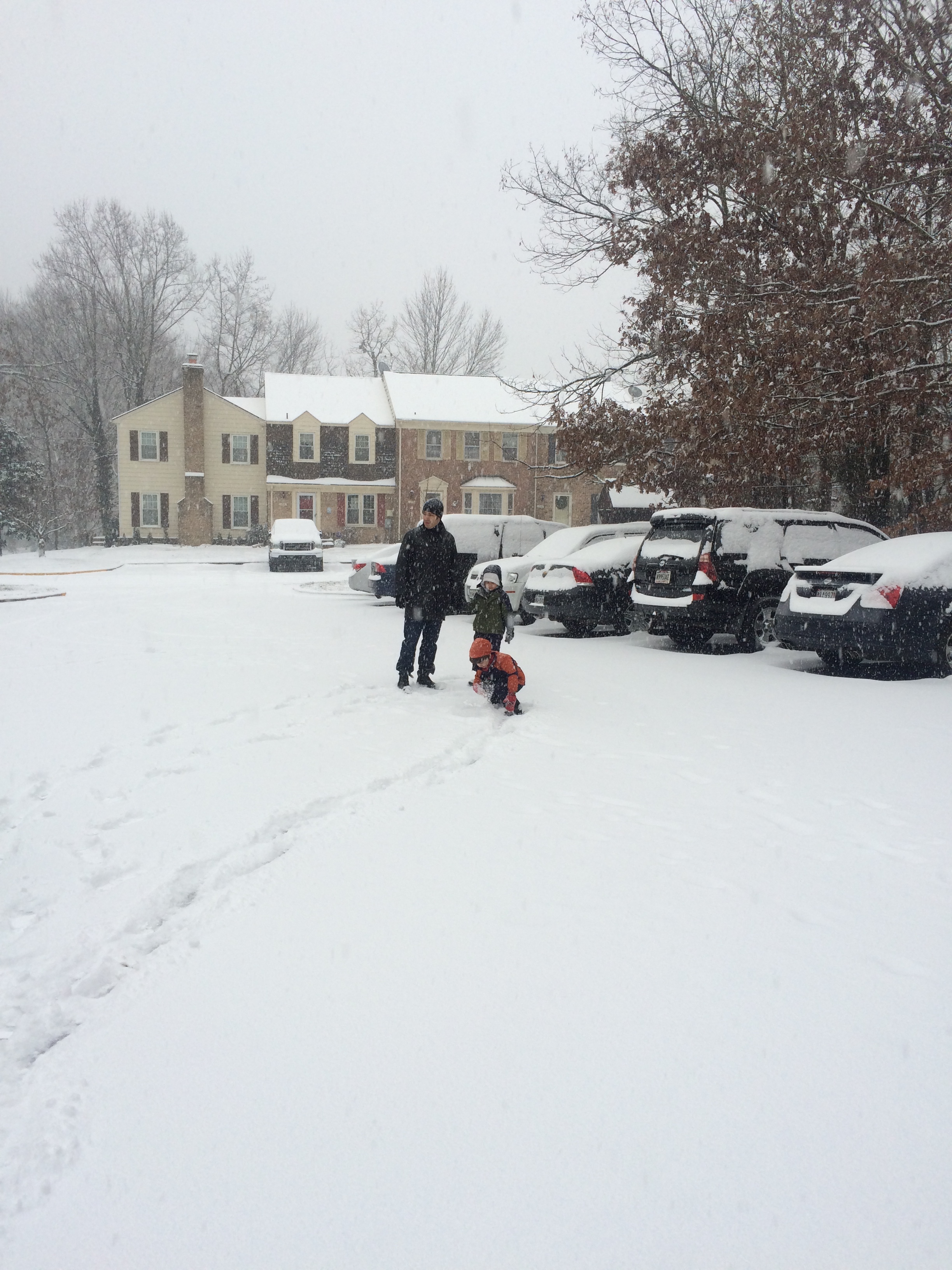 All good things must come to an end, and so it was with our trip home for Christmas last year.  Just like the year before, we got treated to a significant snowstorm the morning of our flight out, but unlike last year, I was mentally prepared for the possibility, so I was able to enjoy it a bit with the kids instead if just stressing about how wet everyone’s snow pants were getting.  (Good thing, too, because we had another disappointing snow year in Vienna this past winter, so it was nice to get some kind of chance to play in the snow together.)  And again, our flight was delayed (though not as badly as the previous year), but before too long we were trekking through the snow to the airport to return to Vienna. 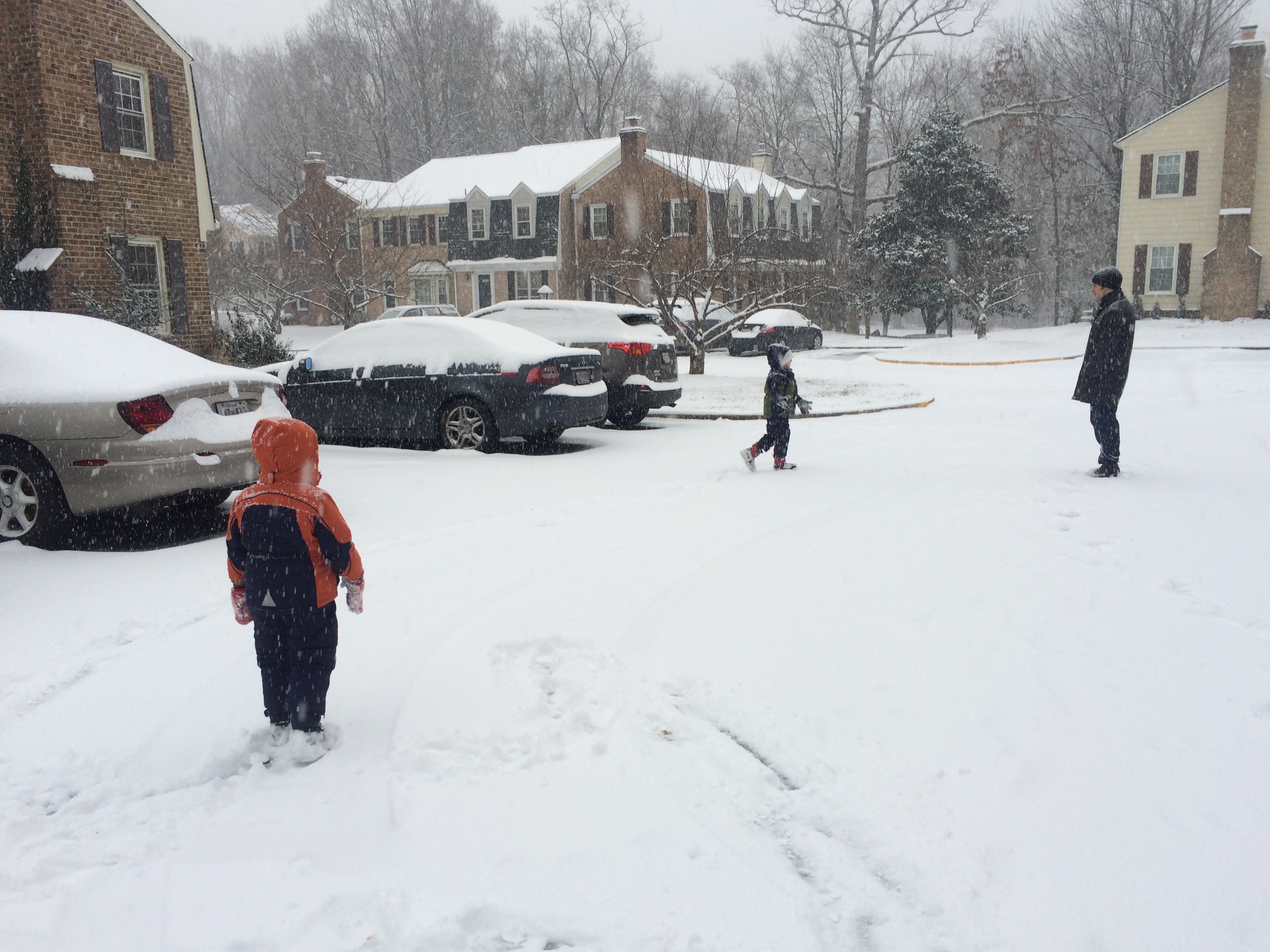 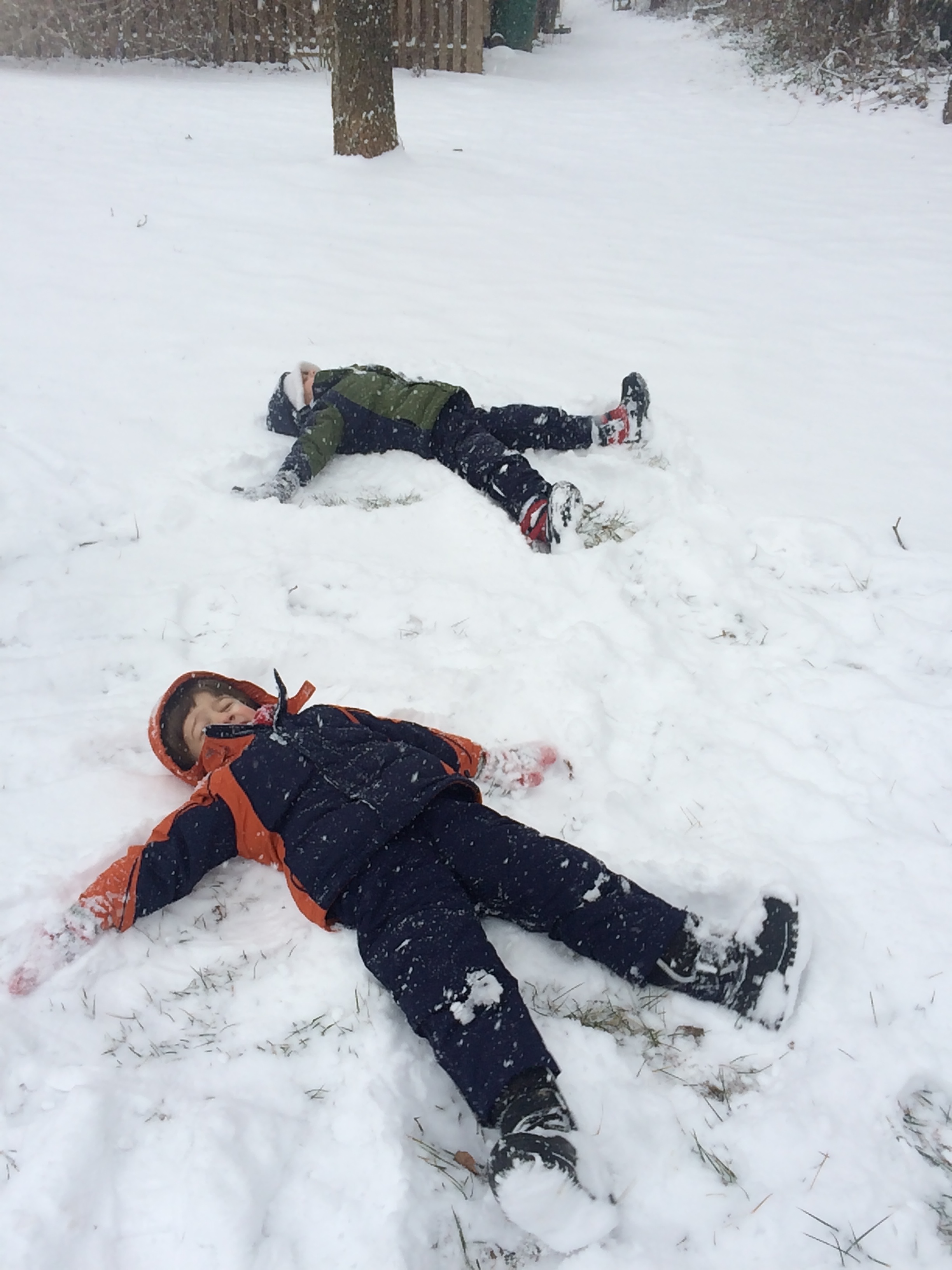 I hate leaving.  Every time.  Doing it repeatedly does not make it easier.  Our time here has gotten long — longer than any of us counted on — so leaving is hard, because part of me feels like we shouldn’t be leaving at all.  But we did.  With help from our family, clear and safe roads, and our boys, we collected up our things and prepared for another transatlantic journey.

Because of a different seating configuration on the plane, we sat differently than we usually do.  Whenever possible, we sit in the middle of the plane, 4 across.  When that isn’t possible, we sit 3 across at the window with one on the neighboring aisle.  This particular plane had only 2 seats near the window, though, so Dan & B sat there, and L and I sat across the aisle in the middle section.  No problem.

Except that it was a red-eye, and when it came time for sleeping, we had a problem.  It’s never easy to do a red-eye with kids.  No one ever enjoys sleeping on a plane, and kids can get progressively less adaptable as they get more tired.  When my guys are a bit older, they might think it’s fun to stay up all night and watch movies as we fly over the ocean, but not yet.  B leaned up against the window and fell asleep.  Dan dozed next to him.  Liam, with no window to lean on and no family member to bookend the other side of him, could just not get comfortable.  We tried putting him on the aisle with me in the middle seat, and we tried me on the aisle and him in the middle.  Whatever we tried, he ended up either sticking an appendage into the aisle or kicking the woman sitting next to him (the one that wasn’t me).  He was so tired.  He cried.  He tried to lay on the floor of the plane.  He could not get comfortable and he could not sleep.  He finally dozed off, laying across me, for maybe 20 minutes when it was nearly “morning” (meaning it was still very much the middle of the night for us).  I didn’t sleep at all.  It was a rough flight.

But, it was at least fast.  We didn’t know why at the time, but despite taking off about 15 minutes late, we landed in London over an hour early.  (We later discovered that our flight was able to take advantage of unusually strong upper level tail winds — we were traveling at over 700 mph!)  Arriving early in London wasn’t as much of a benefit as it might have been, though — we were to have had a 5 hour layover at Heathrow, which would now be over 6.  With a very tired family, it was a bit of a daunting proposition.

Other than rare occasions when we get a direct flight to the US, we usually connect through Heathrow or Charles du Gaulle.  I don’t love either option.  Both are huge airports which require commuting between distant terminals for international connections.  I don’t mind flying TO those airports, but I don’t like flying THROUGH either one.  This time, though, I learned to love Heathrow a little more.

We were lucky to discover that in the terminal we’d be flying out of (some 6+ hours after we arrived) there was a “Family Lounge”.  We didn’t know exactly what that meant, but we decided to find out.  It turns out that it was a spacious set of rooms outfitted for kids of all ages, and only accessible to people actually travelling with children.  They had comfy places to sit, an indoor play area (full of foam-rubber covered obstacles to play on), a nap/quiet room and a game room with TV and foosball (for older kids).  There was also a coffee machine for the grown ups.  It was EXACTLY what we needed.  Not only were the kids able to both run around and rest as they needed, but we were free from the typical airport worry that we were bothering any of the other travellers. 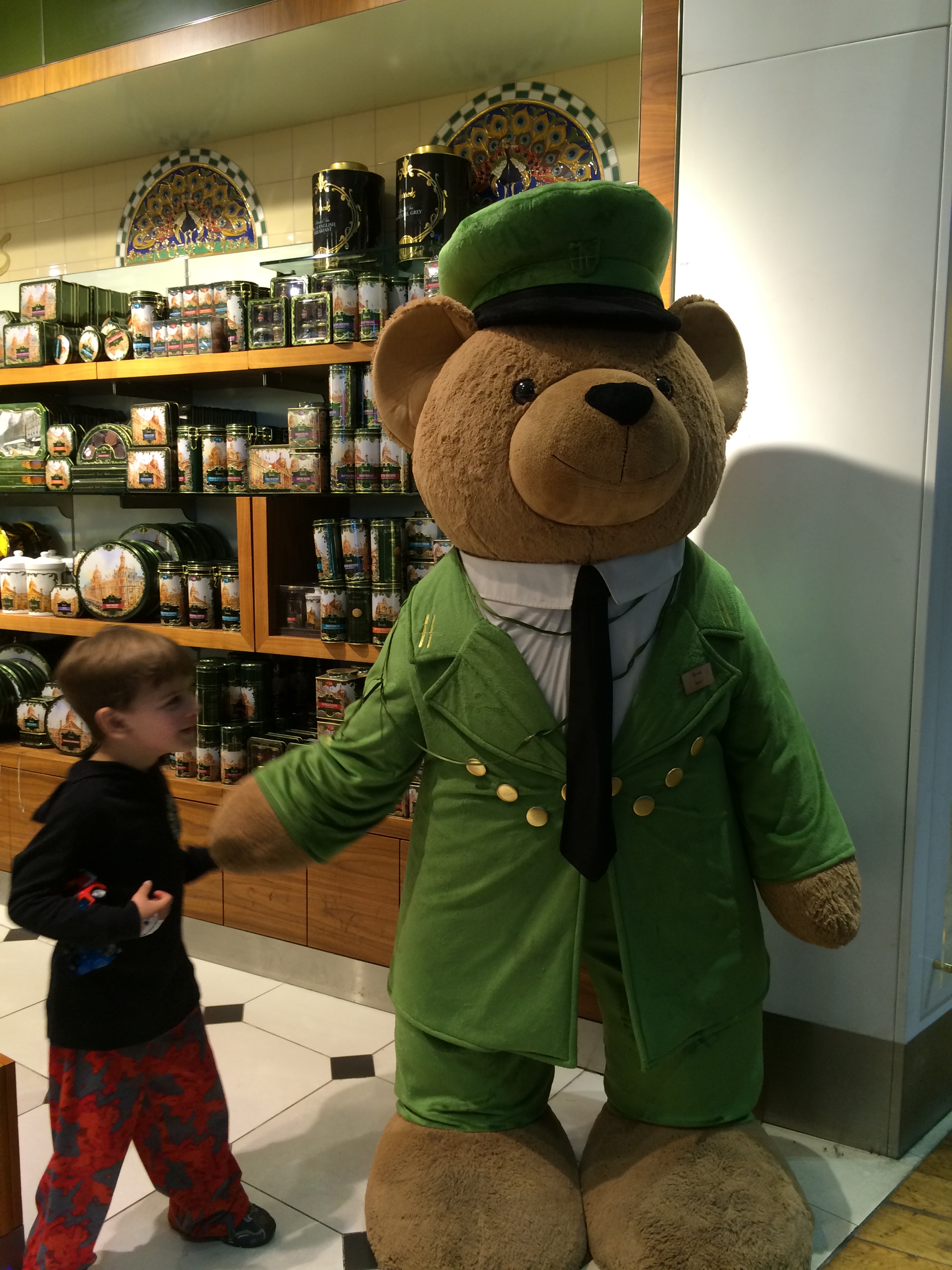 The kids started out by running around, climbing on the equipment and playing with the other kids who were waiting.  Eventually, Liam layed down in the nap room for some much needed rest, and we were able to charge our phones, connect to the wi-fi, and let the kids play games on the iPad while we waited.  It gave us some peace and relaxation during a very long day of travel (and has bumped Heathrow up to my most favorite airport to connect through).

The best part about flying back to Vienna from the States is that by the time we get on that second flight back to Vienna, we’re almost home.  That last little flight feels so short in the overall scheme of the entire trip, so it’s not so daunting.  It was another long day of travel, with another transatlantic journey accomplished, but we made it back “home” from another great trip Home.