Towards the end of the school year, when most of the formal work has been completed, the weather outside is beautiful, and the kids can barely be contained with their enthusiasm to run and play, the kids’ school days become peppered with outings and parties.  There are short jaunts out to the neighborhood playgrounds, trips out for ice cream, and big, full-day excursions around Vienna to celebrate the end of the year.  The kids have a fantastic time and come home thoroughly exhausted from running, playing, hiking, picnicking, riding on trains and splashing in ponds.  Yesterday was one of those “big” trips for Benjamin’s class.  We had to drop him off early and he didn’t get picked up until 4:00 in the afternoon.

Liam, though, had a normal school day (albeit with a trip to the green Prater to run in the grass), so I picked him up at the usual time of noon.  That left us with an entire afternoon, just the two of us, which I’d been looking forward to for a few weeks.  (And then, next week, when Liam has a full-day field trip, B and I will get a whole afternoon together, too!) 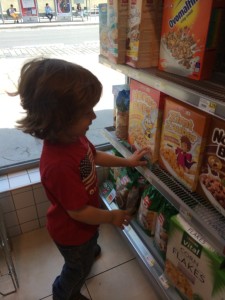 At first he was worried about B, and he wanted us to wait around at the school until he got back.  But he got used to the idea, and pretty excited.   I gave him the choice of choosing anywhere and anything for lunch . . . and he decided to go to the grocery store and choose his own cereal and a set of stickers for himself and one for B.

We went home, had a cereal picnic on the living room floor while watching Team Umizoomi, and then he took a nap.  I’d been planning to do something fun and out of the ordinary — like a pre-nap trip to the playground — but his earlier trip out with his class (he was affronted that the teachers put sunscreen on him, because that’s apparently only my job) pretty much wore him out. 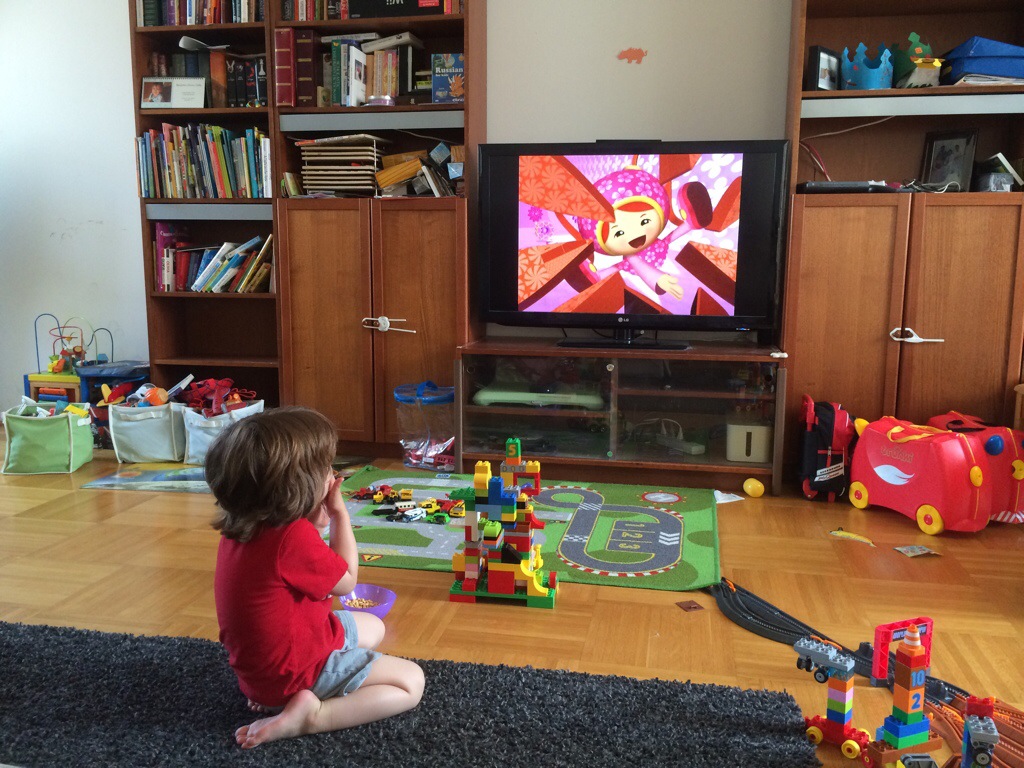 It wasn’t until we were most of the way through our day that it occurred to me that this will be the pattern of most of our days, starting in the fall.  B will be at school all day, I will pick Liam up mid-day, and we’ll spend the afternoon together.  I hadn’t really thought about that part of things before — I think I’ve been so focused on Benjamin’s experience next year, because it will be new, and because it required a lot of action on our part to get it to happen, that I never really thought much about how things are going to change for the rest of us.  I really enjoyed my quiet day with Liam.  It is so much easier to talk to and connect with the kids when we’re one-on-one.  Nobody has to take turns talking, compromise on TV shows, or play alone while I play with the other one.  But, even so, I think we’re going to miss B in the afternoons an awful lot starting in the fall.

1 thought on “My day with Liam”