We’ve been here for 3 years, as of yesterday.  That’s a little bit astounding to me, partly because I never envisioned being here for more than a year or two, and partly because it truly doesn’t feel like it’s been that long.

I think I remember every single moment — or at least every single feeling — from that first day.  I remember dazedly collecting our belongings (and Bailey) at the airport baggage claim, wandering out into the drizzle of Vienna and being shocked by how many people were smoking.  I remember being unceasingly watchful over our luggage cart while we waited for our friend Greg to pick us up.  I remember getting Bailey out of his crate and wondering if there was a specific place I was allowed to walk him.  I remember that I had no idea what I was doing, and worrying that I had made an awful mistake.

We had almost no money, no local bank accounts, and no idea that we would be largely unable to use our credit cards.  We spoke no German.  I was wary of everything, from our new landlord to the ATM machines.  We didn’t admit it to ourselves at the time, but we were afraid.

I remember somehow cramming everything into and onto Greg’s van.  I remember that he parked illegally while we got our stuff unloaded and that I was terrified that his car would be towed.  I remember being freaked out when our new landlord offered to help carry Liam into the building while I carried Benjamin.  I remember not being prepared to pay in cash when we checked in to our first apartment (which was expected) and no one minding that we couldn’t.  I remember Greg going to the market and getting us the things we needed to get through those first few hours . . . and that he left us his grocery bag so we would have one to use when we went back (we still have it).  I remember the waitress from the restaurant downstairs helping Dan carry plates of schnitzel and mason jars of cucumber and potato salad to our apartment for dinner our first night, because we didn’t know that takeout isn’t done here and I couldn’t face a restaurant with two jet lagged kids in a completely unknown language and culture.

I remember being absolutely overwhelmed with the kindness and generosity we were shown on a day when I was expecting neither.  I remember sitting awake as Dan, both boys and Bailey slept, and finding a little peace in the safety and security of that little apartment on Hollandstraße, and finding, again, a tiny spark of enthusiasm for this adventure amidst the overwhelming challenge of the reality of it. 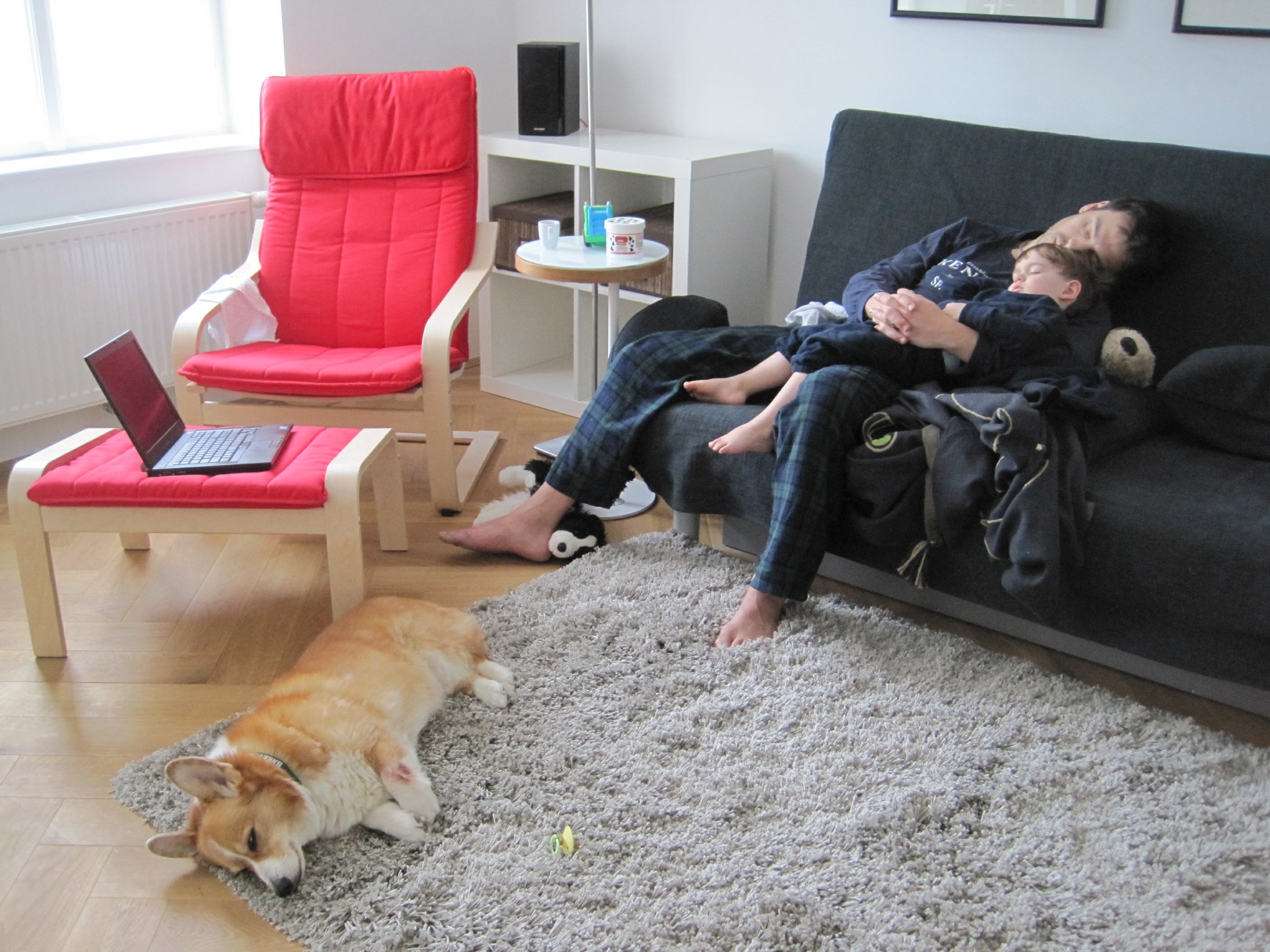