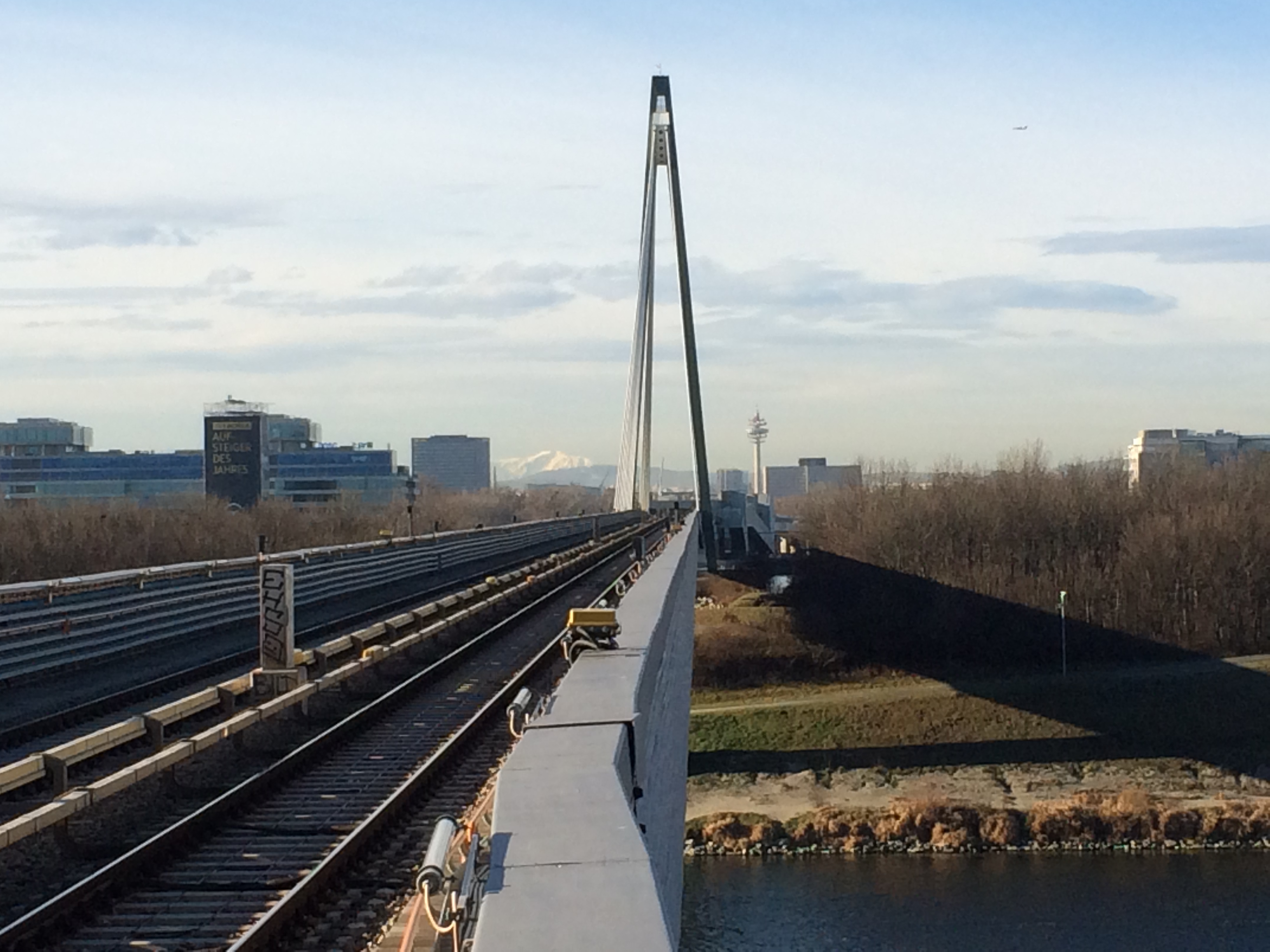 Snow on the mountins, off to the west of Vienna (but not here)

It’s also just not very snowy here.  Vienna, being on the leeward side of the Alps (which are big and stick up way into the sky) is quite a dry place.  All the rain and snow fall on the other side of the mountains (or on top of them).  Considering all forms of precipitation (frozen or otherwise) we get just over half as much as my hometown in the US on average throughout the year.

We get plenty of cold here, but not a lot of moisture, which means that Vienna is not the snow-covered winter wonderland that many imagine.  This year, we’ve gotten only a few snowy days, and only one of those added up to an inch of snow accumulation.  Back at home, meanwhile, they’ve been absolutely inundated, which leaves me in the surprising situation of living in Austria and pining for a Washington, DC winter.

My friends from home think I’m crazy.  But I love the snow, and, living here, we’re pretty much immune to any potential negative consequences of it — we don’t have anything to shovel, we don’t have to clear off a car, we don’t have to drive anywhere.  For us, living in Vienna, snow just makes everything prettier and gives the kids a chance to play and sled with their friends at school.  It would be nice to have at least ONE nice, snowy day this winter.

So far, the only real snow we’ve experienced this year was while we were home in Maryland over Christmas.  Everyone at home is pretty well sick of snow while we’re here waiting for our first real snow of the season . . . and waiting, and waiting . . .