After getting up and surprising myself with how little time it required to get just myself ready and out the door, I got some breakfast and some coffee, and reintroduced myself to London’s Tube system, meeting several helpful Londoners along the way.  Navigating the Tube was much easier than I remembered (i.e., without a stroller), and I easily made my way to the first of the stops on my to-do list for the weekend — Sherlock’s house.

(It’s probably worth mentioning that I really like TV, and I’m not ashamed to admit it.  Most of my favorite TV comes from Britain, so there was more than one piece of this grand adventure that was initially inspired by British television.  More on that later.) 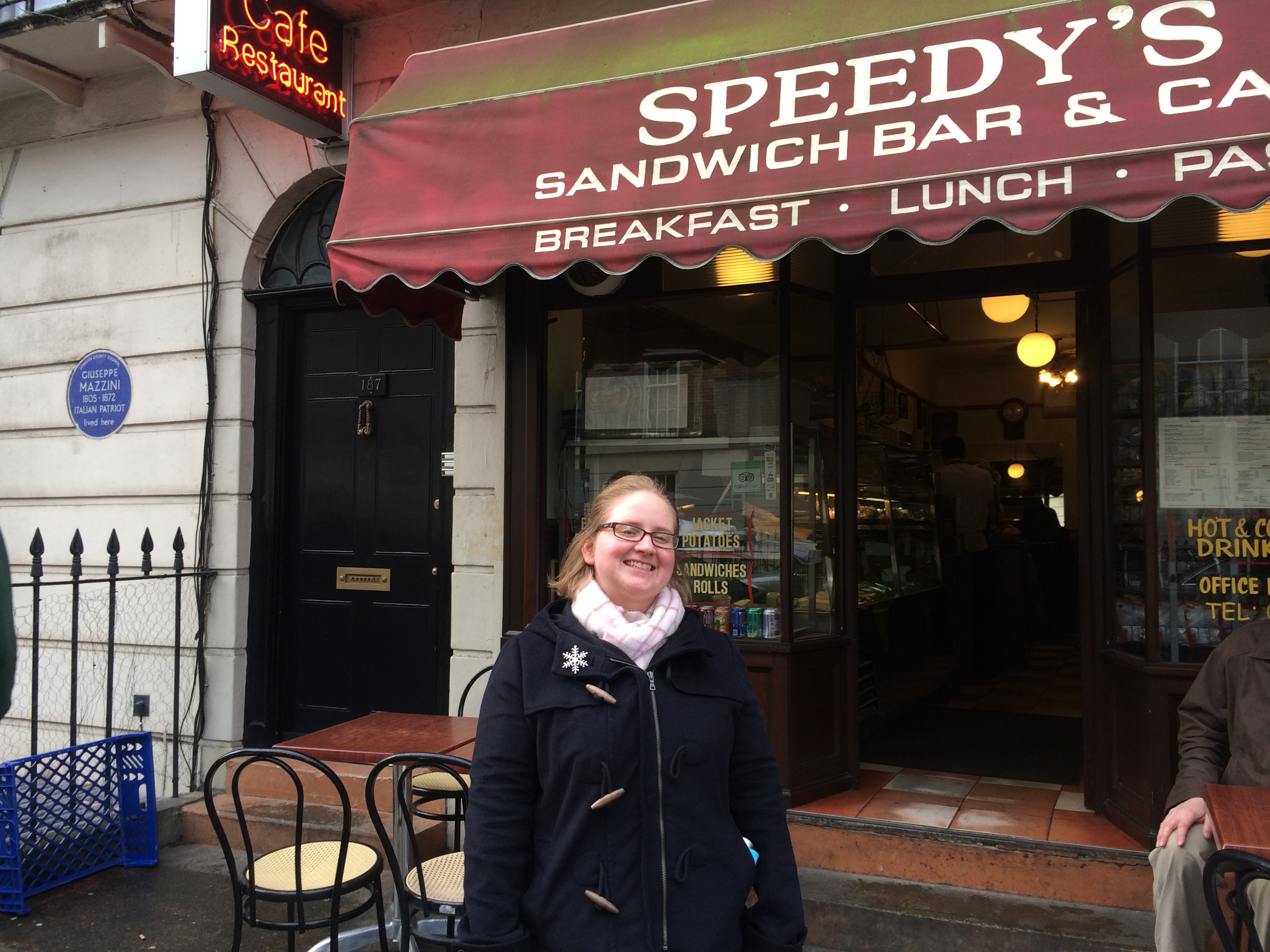 My destination was, in particular, the place where they film the exterior of Sherlock’s residence in the current BBC incarnation of the story (not at the iconic 221B Baker Street, but instead nearby on Gower Street).  I wanted to see it in person after having watched it so many times on screen.  It was fun to be there.  It didn’t look quite the same (of course) and I got another visiting fan — a young woman who was so excited to be there that she said she thought she might cry — to take my picture.  Neat!  And then, it was back to Westminster for more typical touristy stuff. 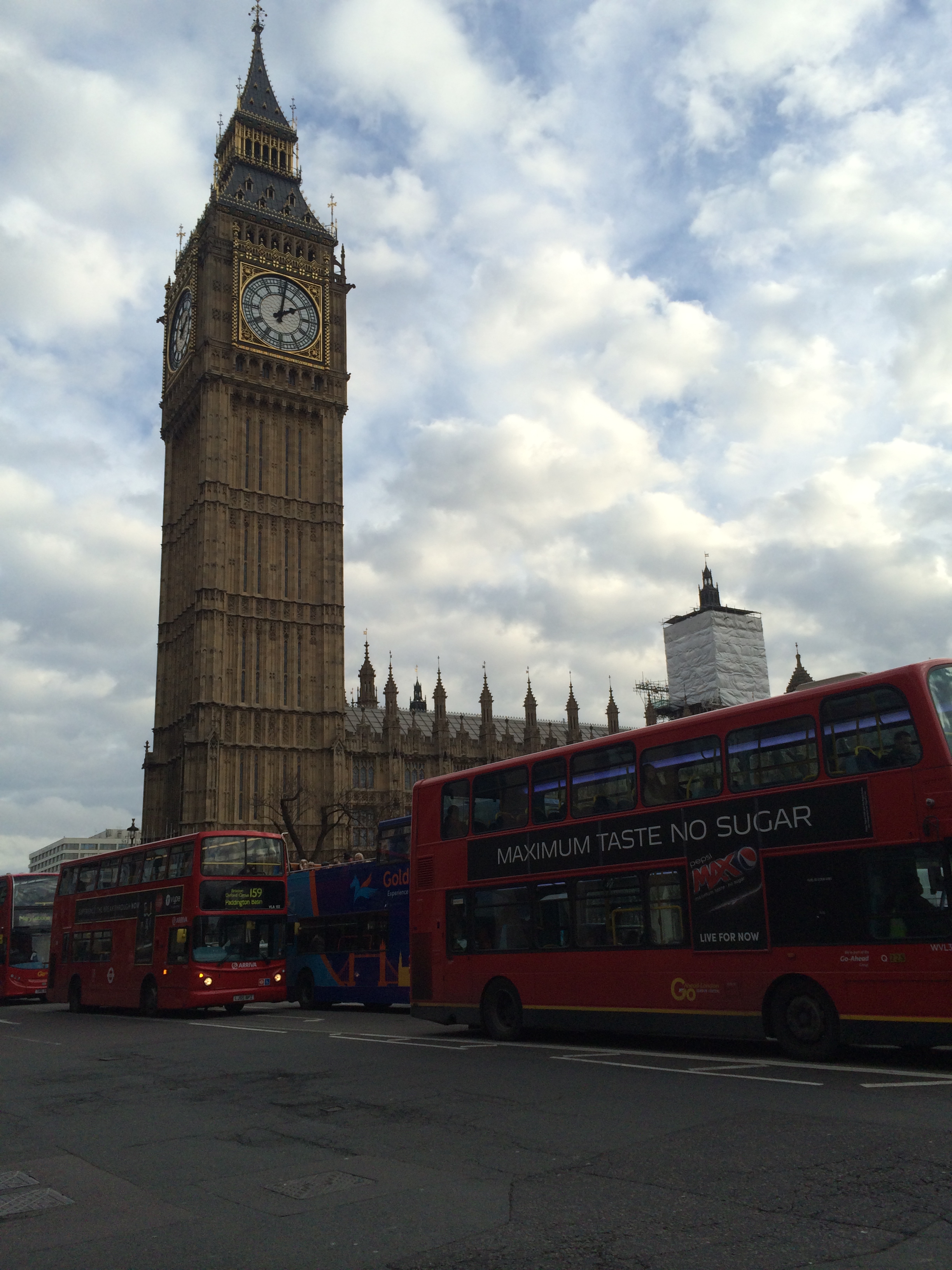 My next stop was to fulfill Benjamin’s request for some pictures with his own camera (which I brought along just for that) — primarily he wanted pictures of Big Ben.  I managed to get a few, plus some with my phone, and even managed a doubly impressive Big-Ben-and-red-double-decker-bus-in-the-same-picture shot.  If I was going to go away to London for the weekend, it was really the least I could do.

Shortly after my Benjamin-inspired photo shoot, Pam arrived and we set out together to explore the city.  We wandered to and through Parliament Square, and then over the Thames to the South Bank for a stroll.  We walked for quite a ways, along the South Bank and back across the river, through 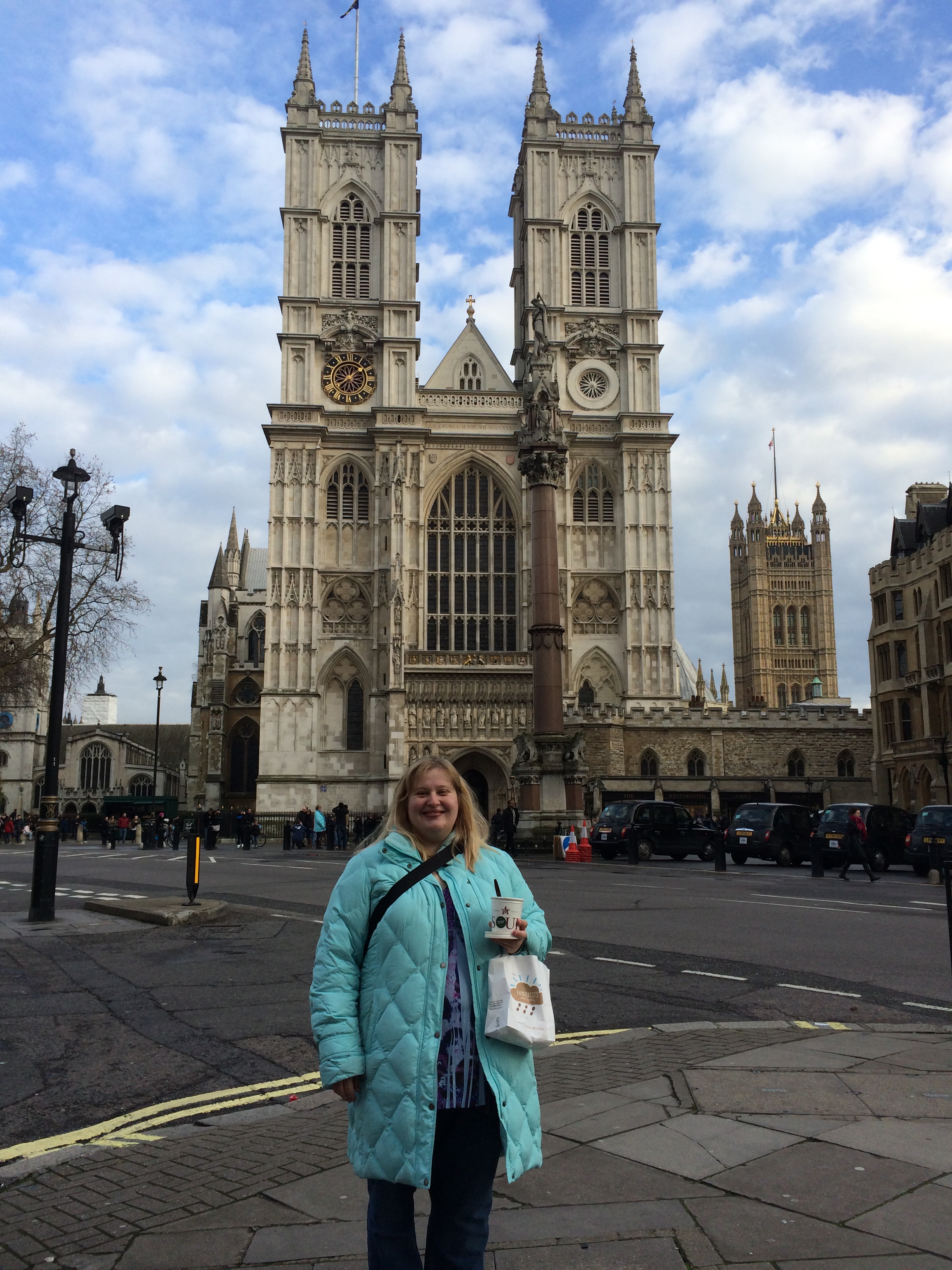 Trafalgar Square and over to Buckingham Palace, and then back through St. James’ Park (where we saw some very unseasonable looking Cherry Blossoms).  It was great fun to explore London with an old friend (Pam and I have known each other since we were 10 and 11, respectively).  It was amazing to me how much ground we were able to cover and how many hours we were able to walk — I’m used to my walking excursions being severely limited by the energy and patience of a 5 year old (while Liam, on the other hand, pretty much never tires of walking, but hiking is more to his liking).  After years of European exploration with the kids, I’m completely unused to a grown up sightseeing schedule. 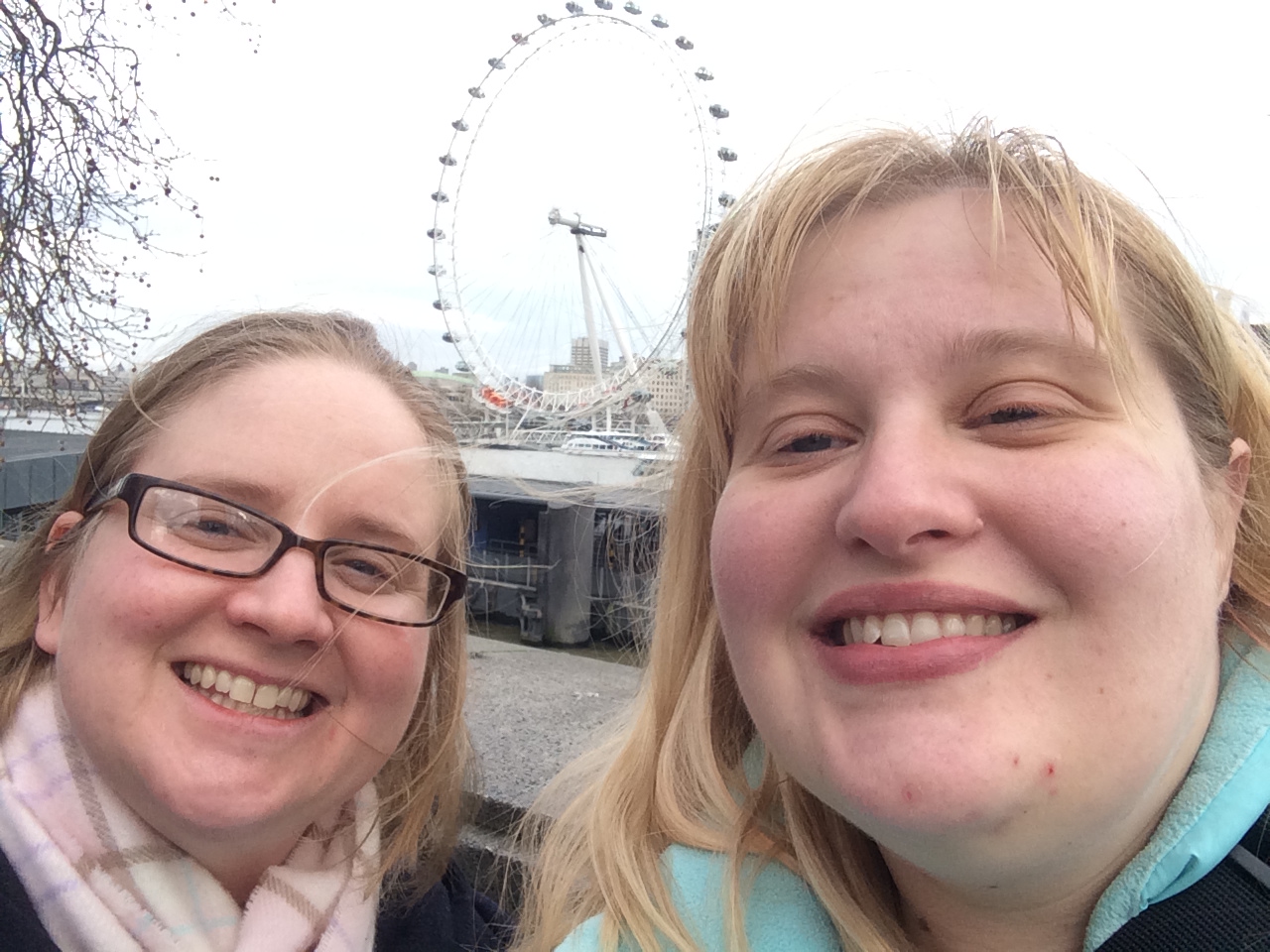 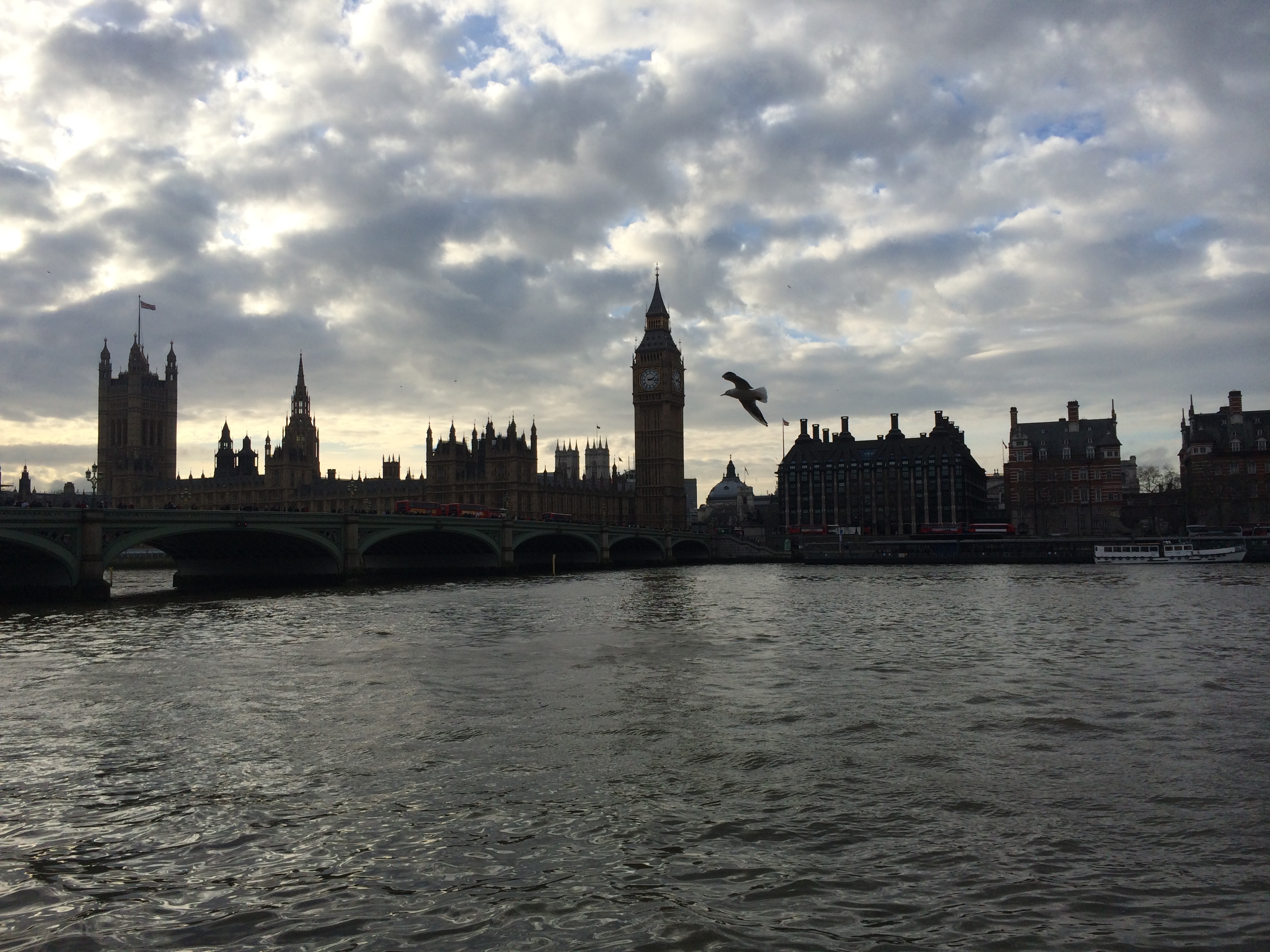 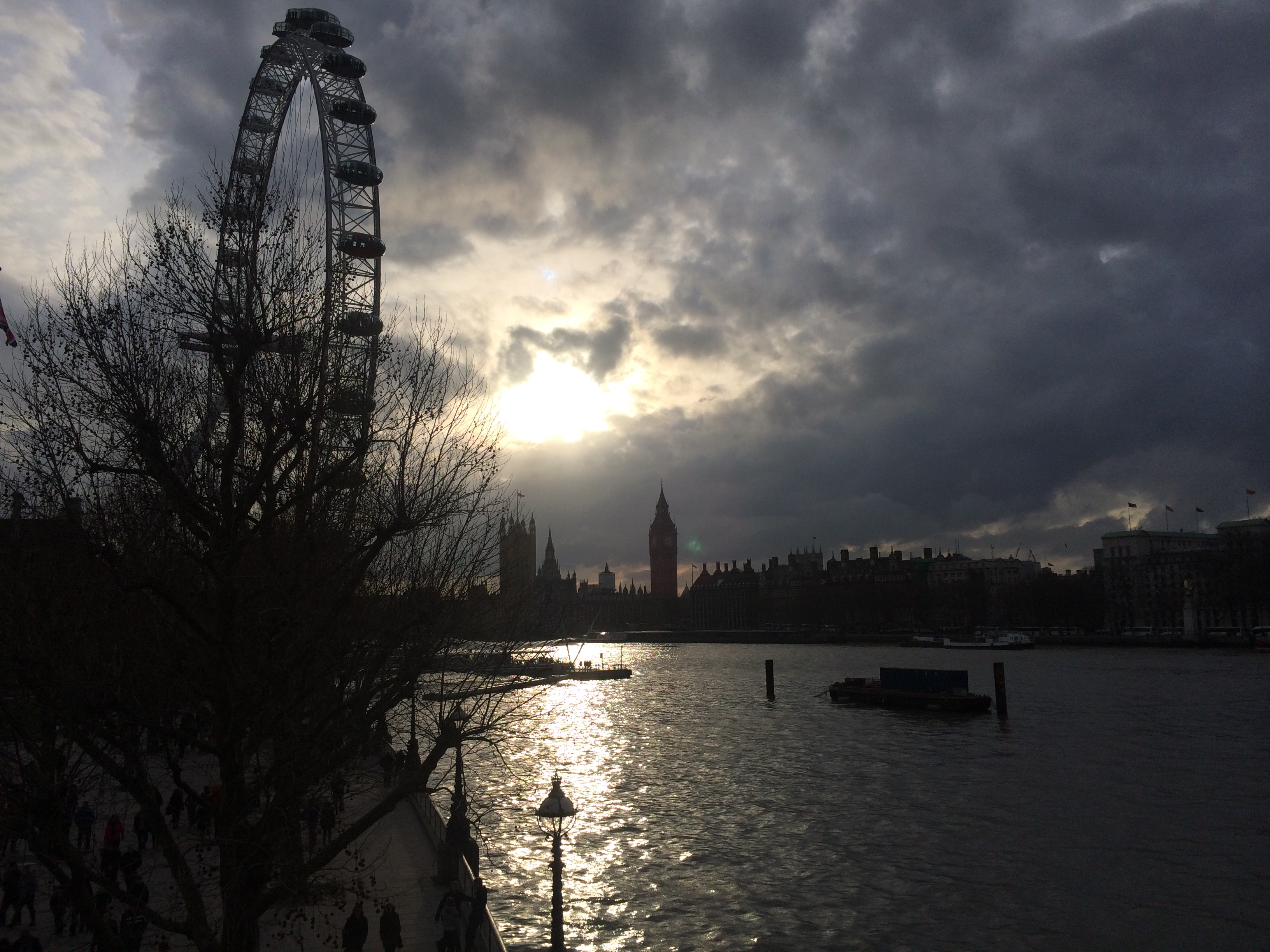 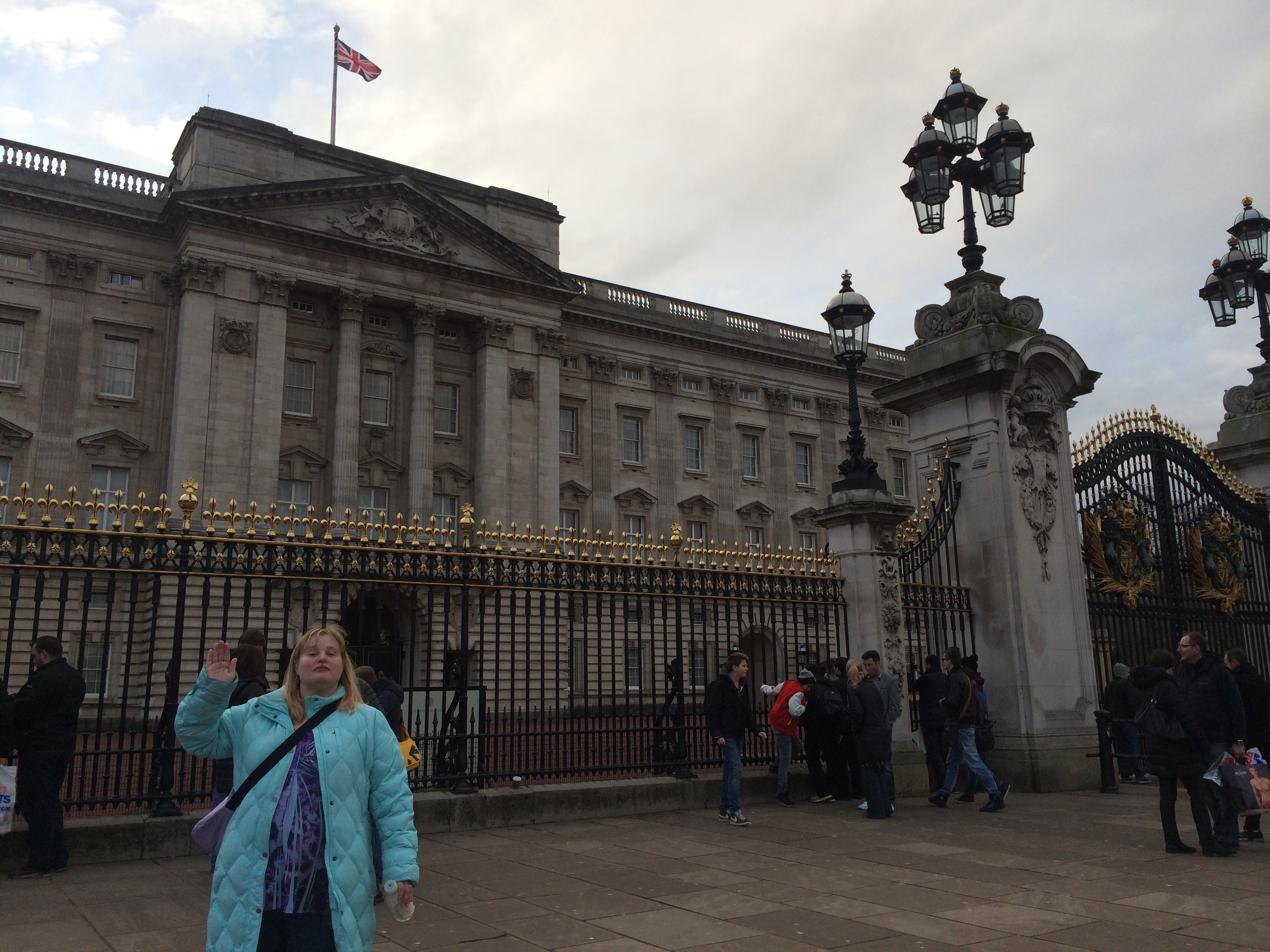 And then, in the evening, it was time to prepare for one of the main events of the weekend (and one of the initial motivations for the whole trip) — seeing Richard II at the Barbican Theater.  I’ll admit that my initial interest in the show came from having a bit of an embarrassing crush on its star (who I first watched on British TV), but even if my inspiration for going to see the play might have been a little silly, the experience of seeing it was decidedly not. 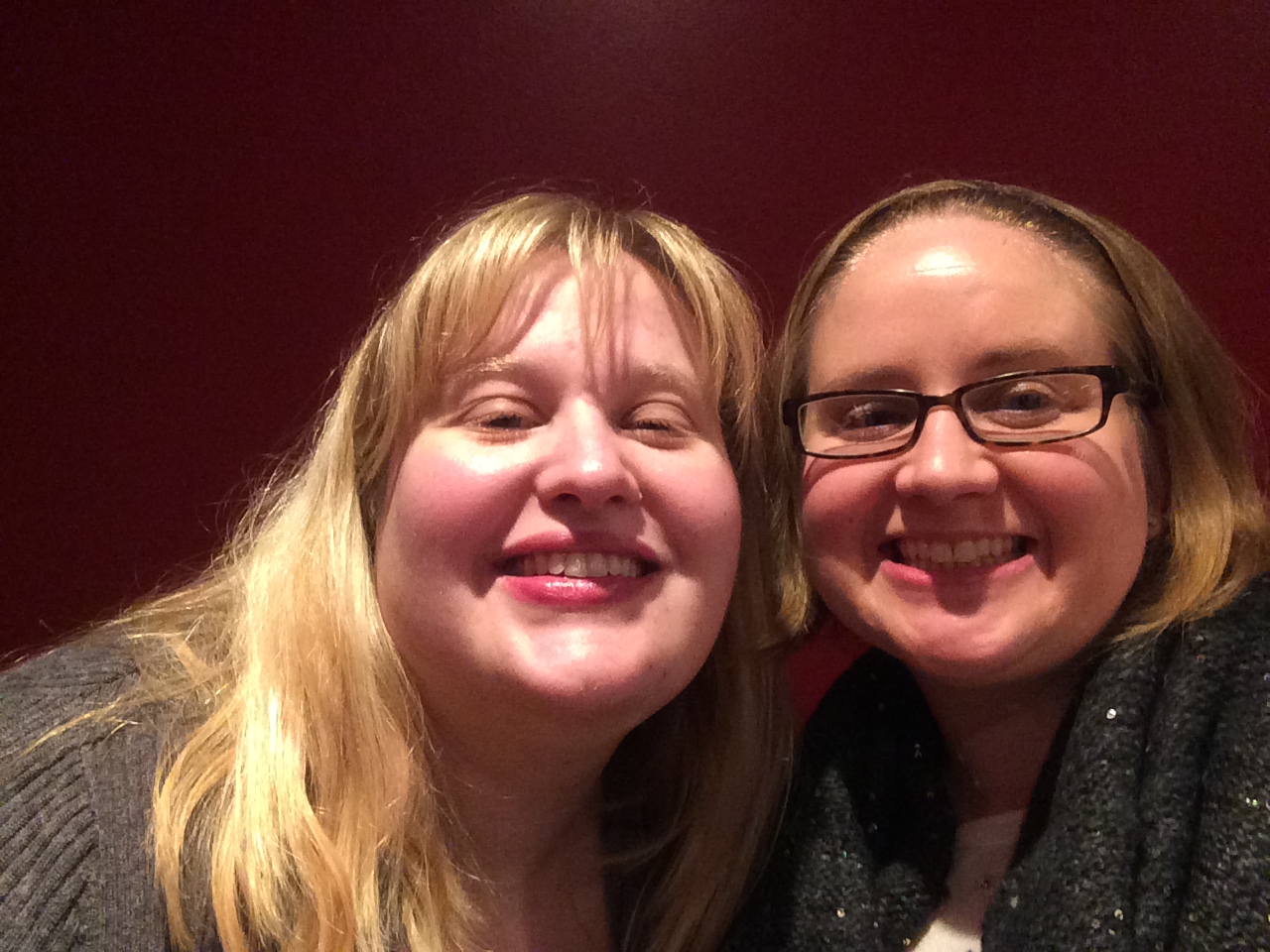 To needlessly state the obvious, seeing Shakespeare done by the Royal Shakespeare Company in London is incredibly special.  I don’t think anything can emotionally manipulate an audience like Shakespeare brought to life by talented, experienced artists.  Everything from the sets to the lighting to the music was just perfect, and the level of skill displayed by every single one of the actors was impressive even to my ignorant eye.  I am so grateful to have had that experience.  It was a night to remember, and I will take any future opportunity to experience anything like it.  I’ve been completely won over. 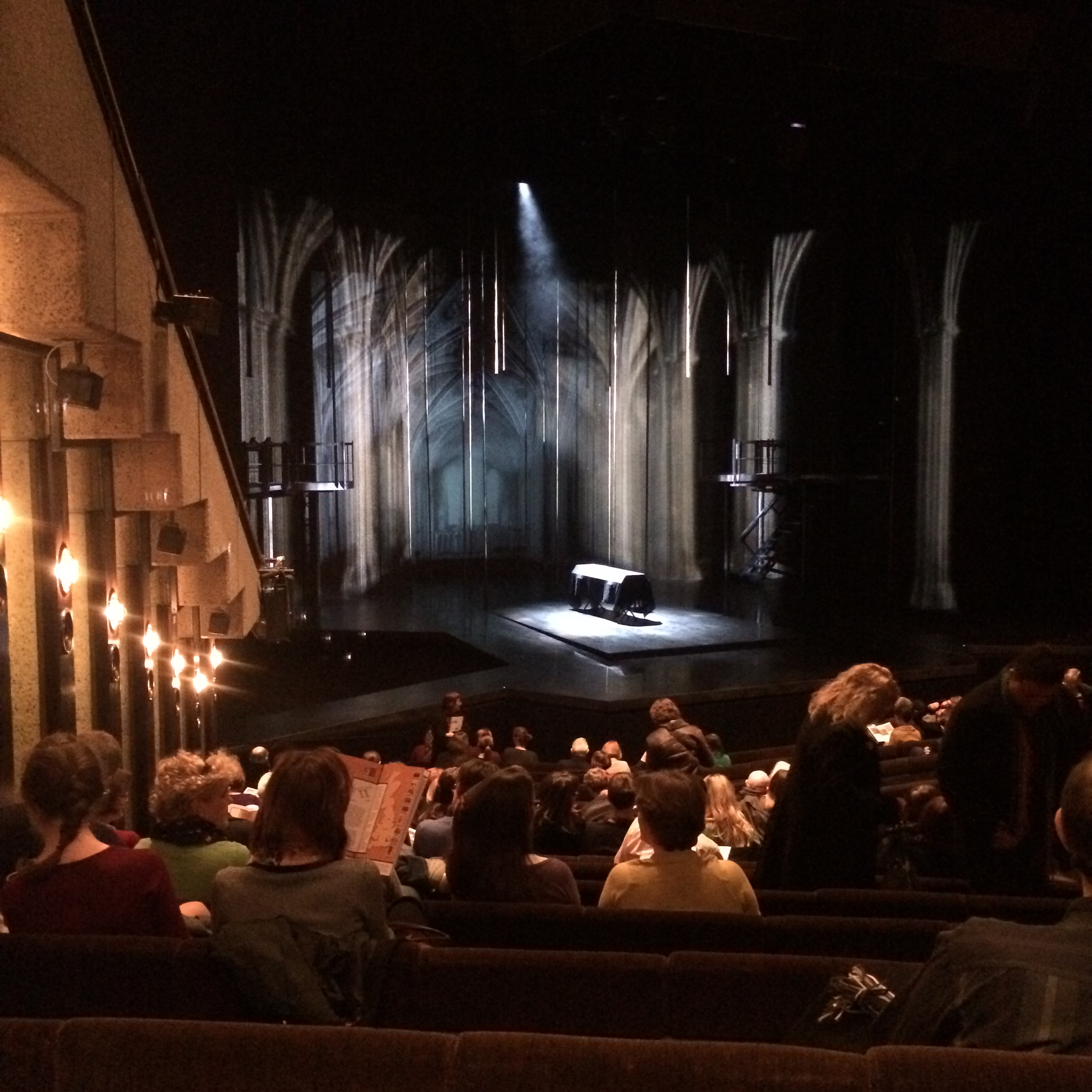 It was a great day.  I missed my family, but my desire to be with them didn’t ruin my time (nor did it inspire me to try to fly home early).  As Pam and I opted for an early night rather than going out after the show, it occurred to me that my concept of a good “girls’ weekend” has certainly changed a lot in the past decade, but I wouldn’t have changed a single thing about this day.