Nearly two weeks ago, on a Thursday that was a brief island in the middle of the sea of illness that was most of October, both boys were well enough to go to school.  (It was the first time in about 10 days that that had been true.)  Liam had been better for a few days at that point, and I was really glad, because I didn’t want him to miss out on his first field trip with his class.

His class took a trip (which required a ride on the U-Bahn for the teachers and the 24 kids in the class) to see a theater performance.  I was simultaneously very excited for him and completely terrified.  He’s still so little.  He’s such a little guy to be out in the world without me.  I’m still adjusting to not being with him 24/7 — having him out in the city, experiencing things separate from me is a lot to handle.

He is still such a little guy.  Just barely 3.  He’s too little to speak up for himself or find his way if he got lost, and besides, his German is minimal (and he’s often hard to understand, even in English).  B, who is 5 now, can recite his address when asked in English or German and can explain how to get to his home or school on public transportation.  Liam can’t.  It’s scary to have him out of school on a trip.  I have to put a lot of faith in the teachers, and in God or the Universe or whatever forces might be looking over him.

I don’t know how the teachers manage it.  Some days, just dragging my two to school is enough to exhaust every ounce of patience and high-ideal parenting I have.  But they do make it work.  (There also seems to be some kind of magic power the teachers exert over the kids, because when I see kids out on field trips, they are always so well behaved.  It’s amazing.)

I couldn’t help it.  There was a knot in my stomach that didn’t unravel until Dan texted me that he’d picked him up.  As it turns out, the day was great.  They rode on the train and saw a play.  (I didn’t get much of the story except that there was a rabbit in it.  And there was a song that Liam keeps singing to us, but he doesn’t know the words, so I’m not sure of the story.  But he liked it.)  The teacher made a point of telling is that he was very attentive and well behaved.  And he had a great time.  I’m so glad! 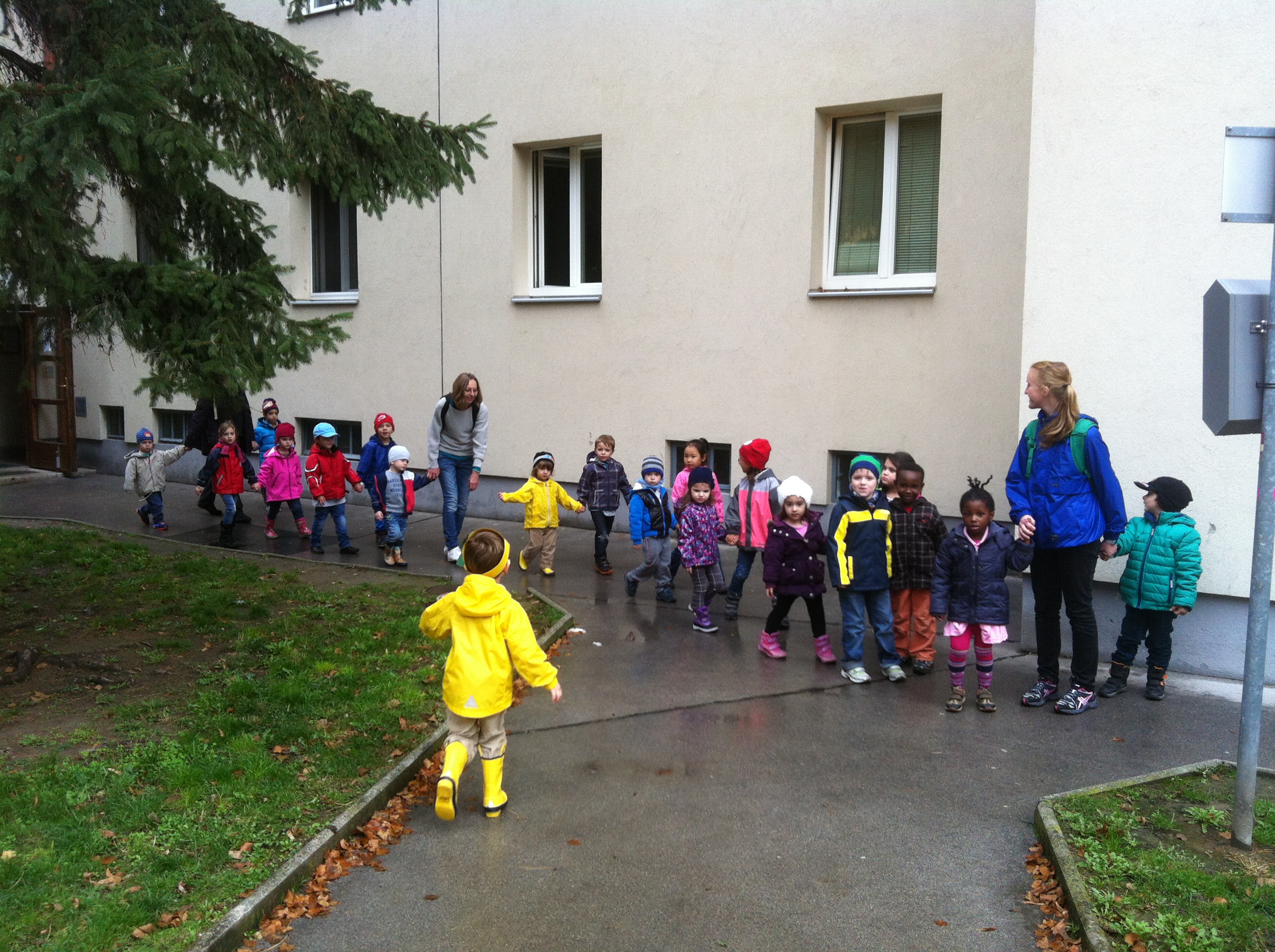 I couldn’t help but worry, but I’m so happy that he didn’t worry, and that he enjoyed himself so thoroughly (he’s still telling us about it).  Here, this is perfectly normal.  Preschool classes go on field trips all the time.  (Benjamin has been on dozens at this point.)  And kids as small as 3 go along, just fine.  Even though this is our third year of “school” here, we’re still getting used to the idea.  But, we’re doing better.  (This was certainly an improvement over Benjamin’s first trip.)  And Liam is doing just great at school . . . even on his field trips.  I am so very happy that it went well.