It doesn’t happen often, but every so often I wish I had a car.  Today was one of those days.

After 2 days of Liam having a high fever (controlled only barely by regular medication) and general misery and sleeplessness (not controlled by anything) I got in touch with his pediatrician last night.  She suggested I bring him in this afternoon, mostly to rule out an ear infection, particularly in light of it being Friday and the pharmacies being mostly closed over the weekend.

Facing a half hour tram ride with a sick kid is daunting.  I could take the stroller, dealing with the hassle and inconvenience of it, especially in case I encountered an old style tram, and taking the major risk that he’d fall asleep and miss any chance of a good nap later.  Or, I could go without, possibly necessitating carrying him the entire way to and from the tram, and not giving me the chance to strap him down securely if he decided to throw a fit.  Either way, he was likely to be miserable and fussy, and I was almost guaranteed to arrive at the appointment (and then later at home) entirely worn out.

I fantasized about having a car.  About walking downstairs, strapping him safely into his car seat, climbing in the front and making the 15 minute drive in comfort and privacy.  About not having to worry if he screamed or fell asleep, or if the tram was crowded and I had to hold a limp, miserable, kicking and screaming Liam in my arms while holding a handrail and attempting not to lose my balance.

I wanted a car.  I wanted it more in that moment than I have in the 2 years I’ve lived in Vienna.  I could completely imagine making the journey and not arriving sweaty, frazzled and exhausted.  I imagined air conditioning and a cd changer.  I imagined leaving the diaper bag in the car and only taking in the necessities.  I imagined saying, “Sure! Bring whatever toys you want!” and not having to retrieve said items from under the seat behind me at every stop.  I imagined drive-through pharmacies and drive-through Starbucks and drive-through places that make lunch.  I imagined simplicity and peace.

But, alas, no car.  I opted to go without the stroller, because our new one is just too big to work on the old style trams, and that’s not a challenge (or a delay) I felt like taking on today.  We had a peaceful trip to the doctor (no ear infection!), and our trip home was less hellish than I had feared (although I did up standing, with a tired, cranky boy, part of the way home — thank you, citizens of Vienna).  We did it.  We made it.  We really did ok.  But a car would have been nice today. 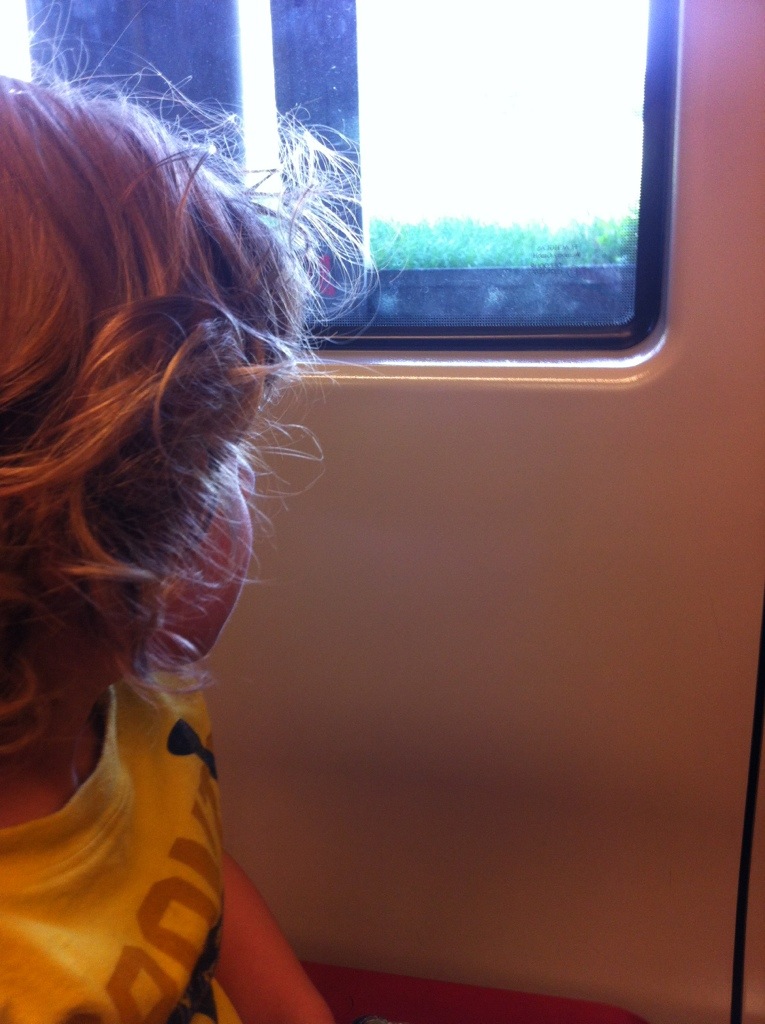 1 thought on “If wishes were cars”