On April 5, two years ago, we sold our car, repacked the contents of our seven suitcases (which had been strewn about my mother’s house in the week or so we’d been living there), put Bailey in his crate, put the car seats into my mom’s car, packed every vehicle my family owned full of luggage and people and drove to the airport.  Benjamin was 2 1/2, Liam was barely 6 months old.  It was the first day of this incredible adventure.

My family took us to the airport to say goodbye.  It was harder, I think, for them than for us.  We were all saying goodbye, but we were so focused on the massive journey we had ahead of us that we couldn’t really process it. 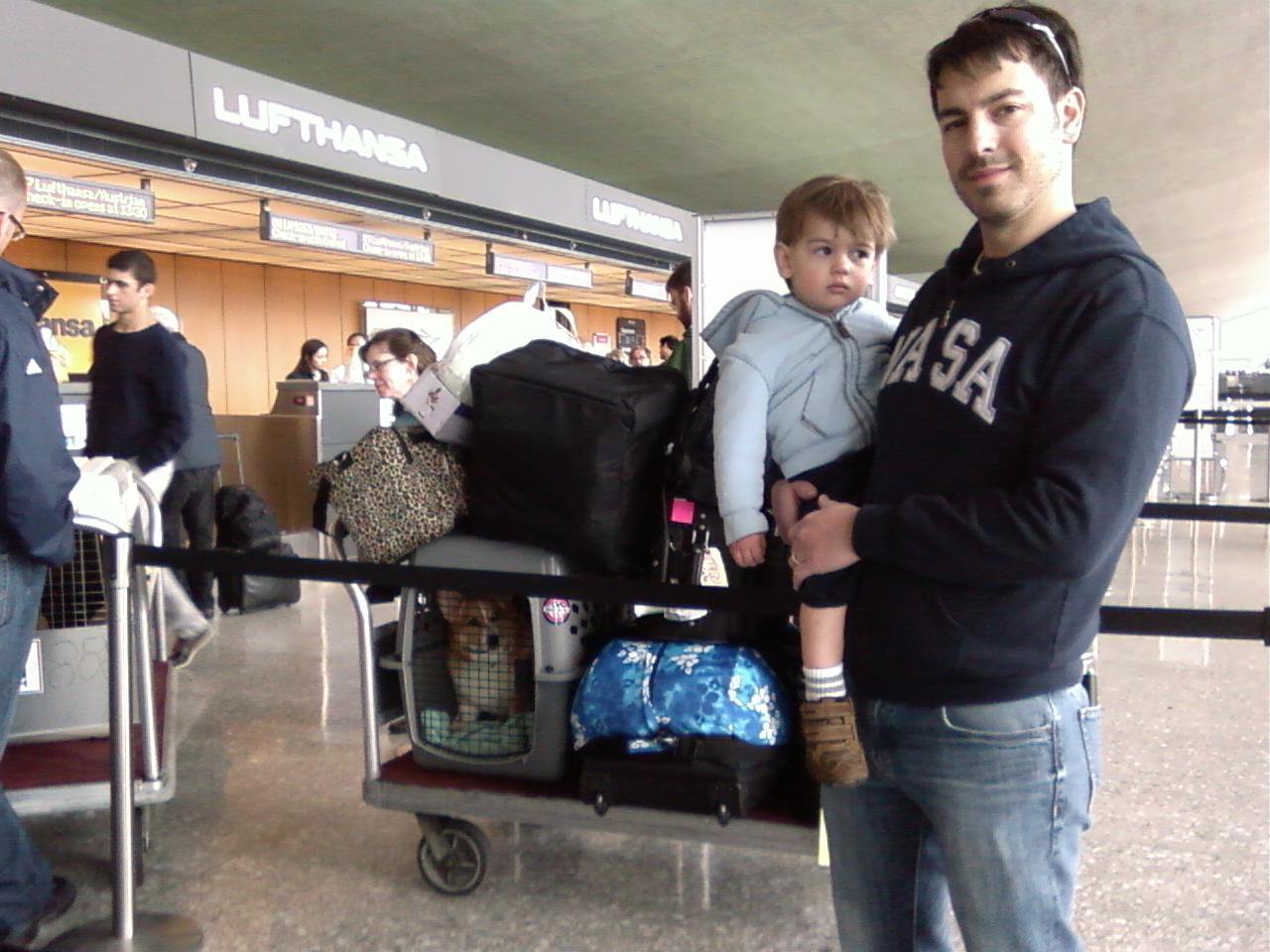 I remember waiting for a long time at the ticket counter while our paperwork (Bailey’s in particular) was processed.  Once checked in, we dropped Bailey off for his journey and wrestled ourselves through security.  We were desperate to find milk before boarding.  Benjamin was used to having some at bedtime, and we wanted to replicate whatever normalcy we could in the midst of the most stunning chaos we’d ever experienced as a family.  We got some, at Starbucks, moments before boarding, and I spilled half of it as soon as I got on the plane.  We were the last people to get on, and the plane was already backing away from the gate while I mopped up the spilled milk. 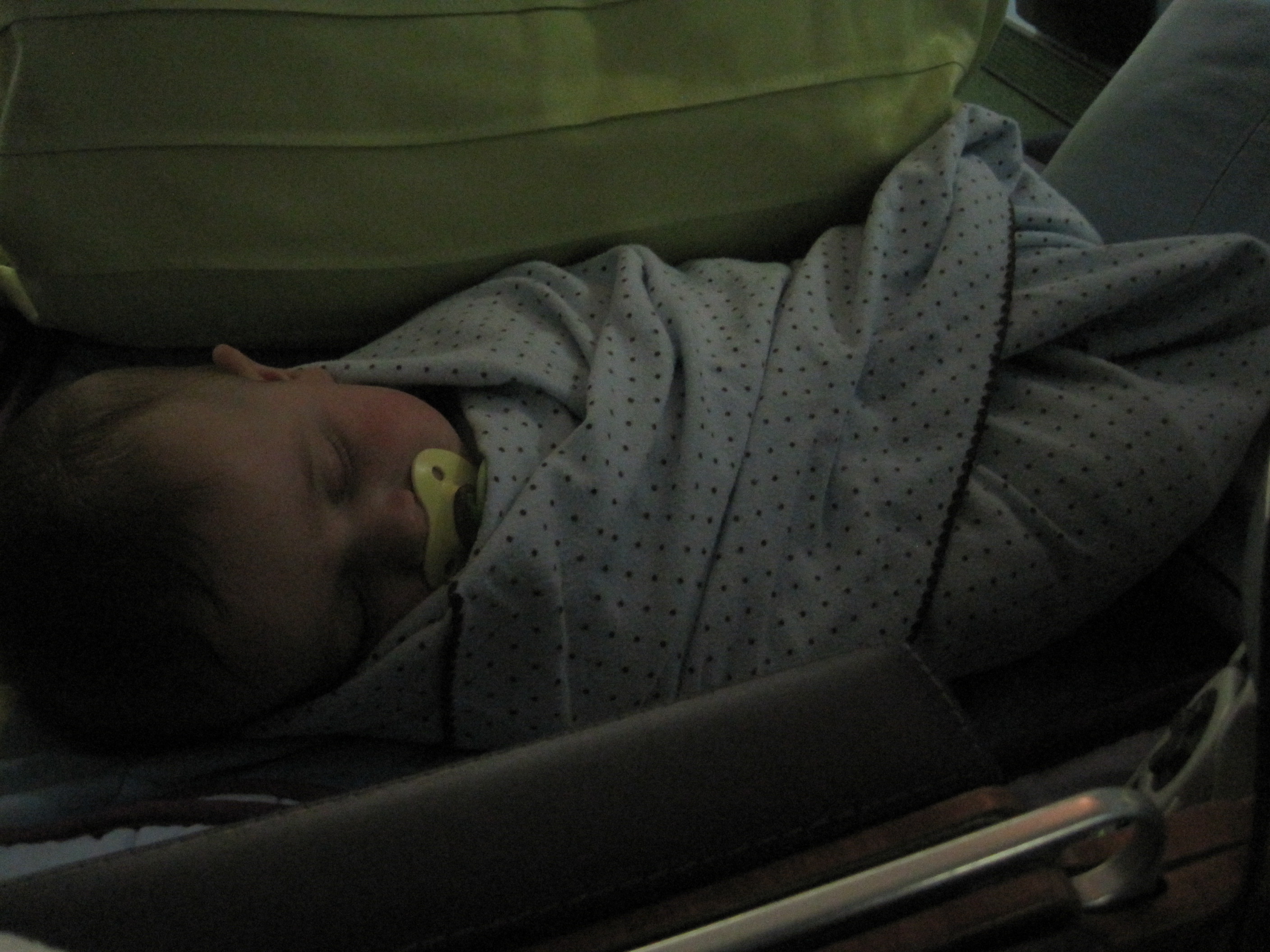 The guy who had been assigned to sit beside us was gone so fast that I barely got a look at him, but we were then able to use his seat as a bed for Liam throughout the flight.  And he slept, amazingly, most of the way.  By contrast, B slept almost not at all.  Dan and I stayed up with him, watching movies and playing trucks.  (We had no iPhones or iPad — I don’t really know how we managed without those fallback forms of entertainment, but we did.) 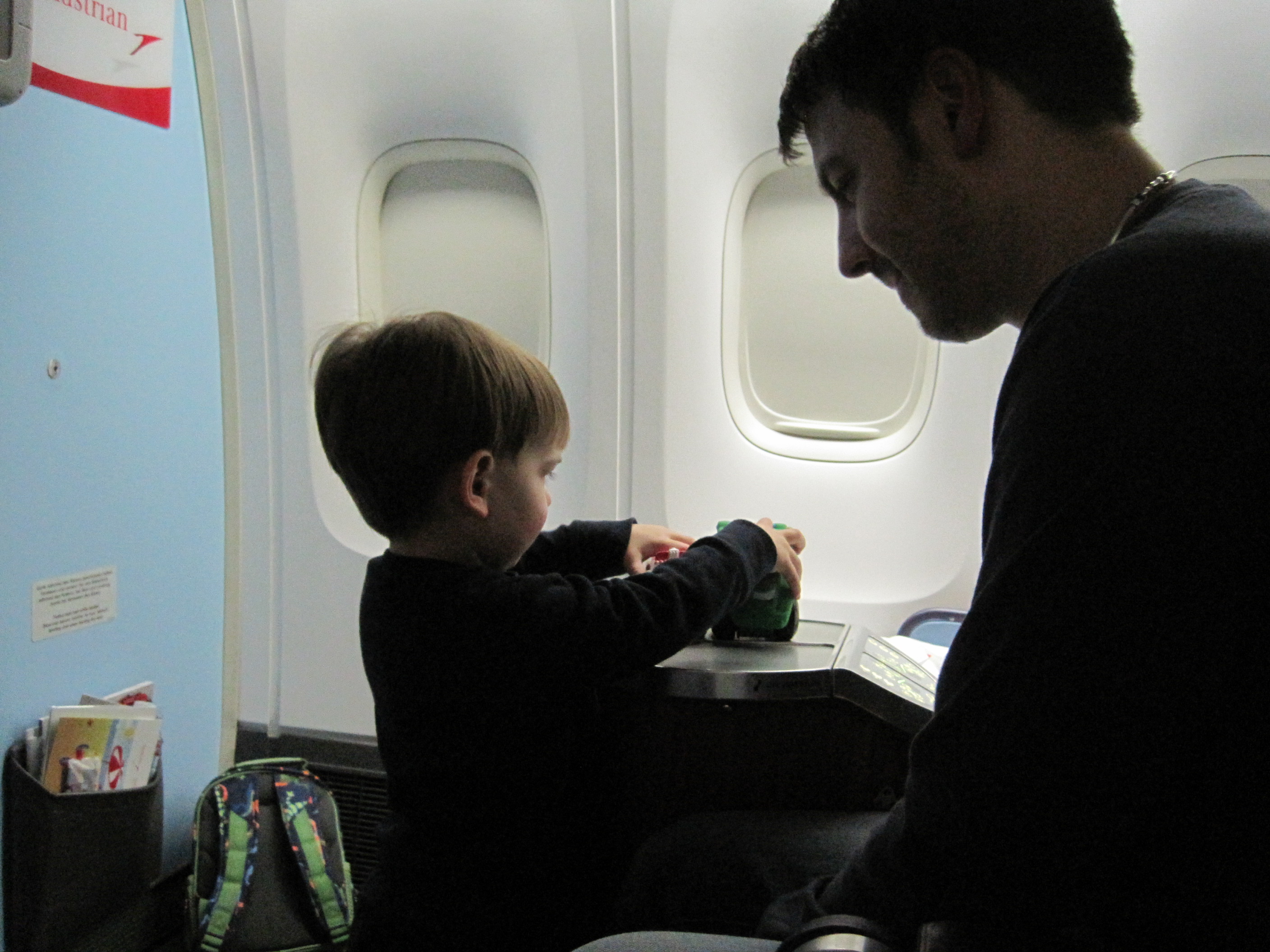 Liam is now the age Benjamin was then.  If I step back, and think about that day, I really can’t believe we did it.  Really, what were we thinking?  How was I possibly possessed by the combination of bravery and insanity that made it possible?!?

But we did.  We got on that plane, two years ago, and began this astonishing adventure.  And now, here we are, older, more worldly, more confident.  This experience has changed us.  We have grown, individually and together.  We will always, now, have had this shared experience, this astounding chapter in our family history, that we have written together.  I can no longer fathom how we managed to take that first step, two years ago, and I could not have predicted then who we would become.  The past two years have sometimes felt like an insurmountable challenge, but it has also continued to be an outrageously wonderful opportunity.  It’s still an adventure, and it’s not over yet.