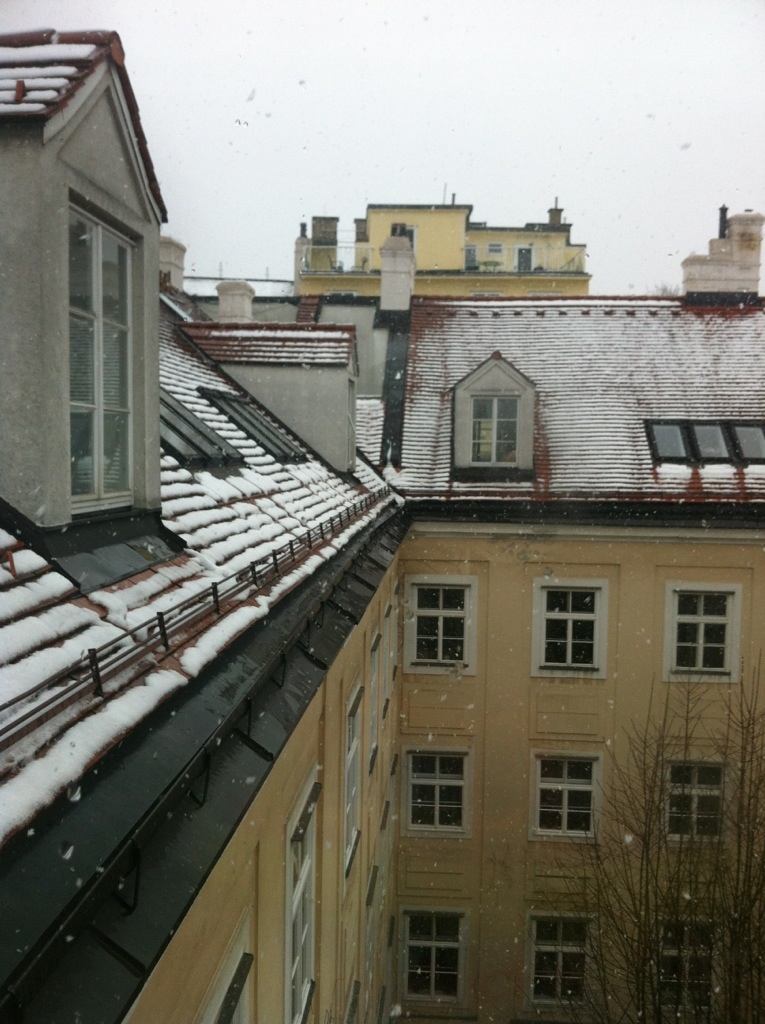 I think that I like winter more than the average person, and I know that I love a snowy day more than is typical (for an adult).  But, it’s spring.  It’s April.  Vienna doesn’t seem to have gotten the news.

I first wrote something about letting Benjamin take his time getting to school so he could enjoy what might be the last real snow of the season in mid-February, 7 weeks ago.  He’s gotten to enjoy at least half a dozen snowy walks to school since then, and been sledding.  My farewell to winter back when it WAS winter was apparently premature.

It’s snowing again in Vienna.  We woke up to white roofs and big, fat snowflakes falling.  It’s supposed to snow all day, and through much of the night.  Today is the last day on the current weather forecast with snow expected (although in Vienna, that doesn’t mean much) so I’d like to say that maybe this really is the last one.  I wouldn’t want to risk extending the jinx that I might have caused in February, though, so I’ll just say that I’m hoping to get to wear something on my feet other than winter boots sometime soon.