We left Rome yesterday for Venice.  We were very sad to say goodbye to Rome, but we’re very happy to be visiting Venice.

Venice is so cool.  It’s romantic and beautiful and I love it.  When we first arrived in Venice, we stepped out of Santa Lucia train station, looking to catch the bus.  We *knew* we were looking for a water bus, but it was still a bit of a shock to realize the bus stop was a dock and the bus is a boat. 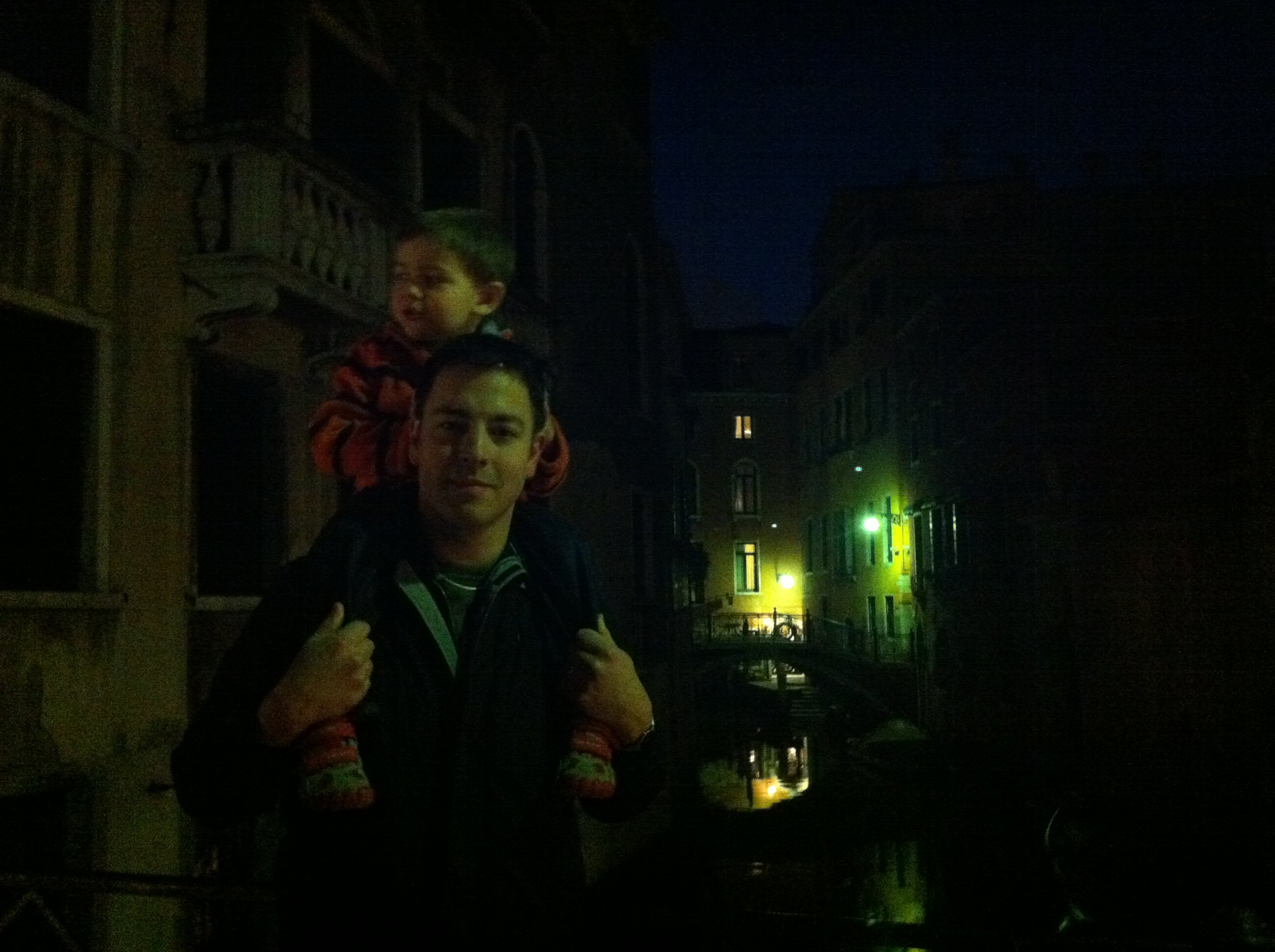 We are just loving Venice.  The Grand Canal is bustling with boat traffic.  The locals seem genuinely interested in communicating and connecting — there aren’t the rolled eyes or exasperated sighs at our terrible attempts at the local language that we’ve had some places (although that was true in Rome, too, so maybe that’s Italy in general). 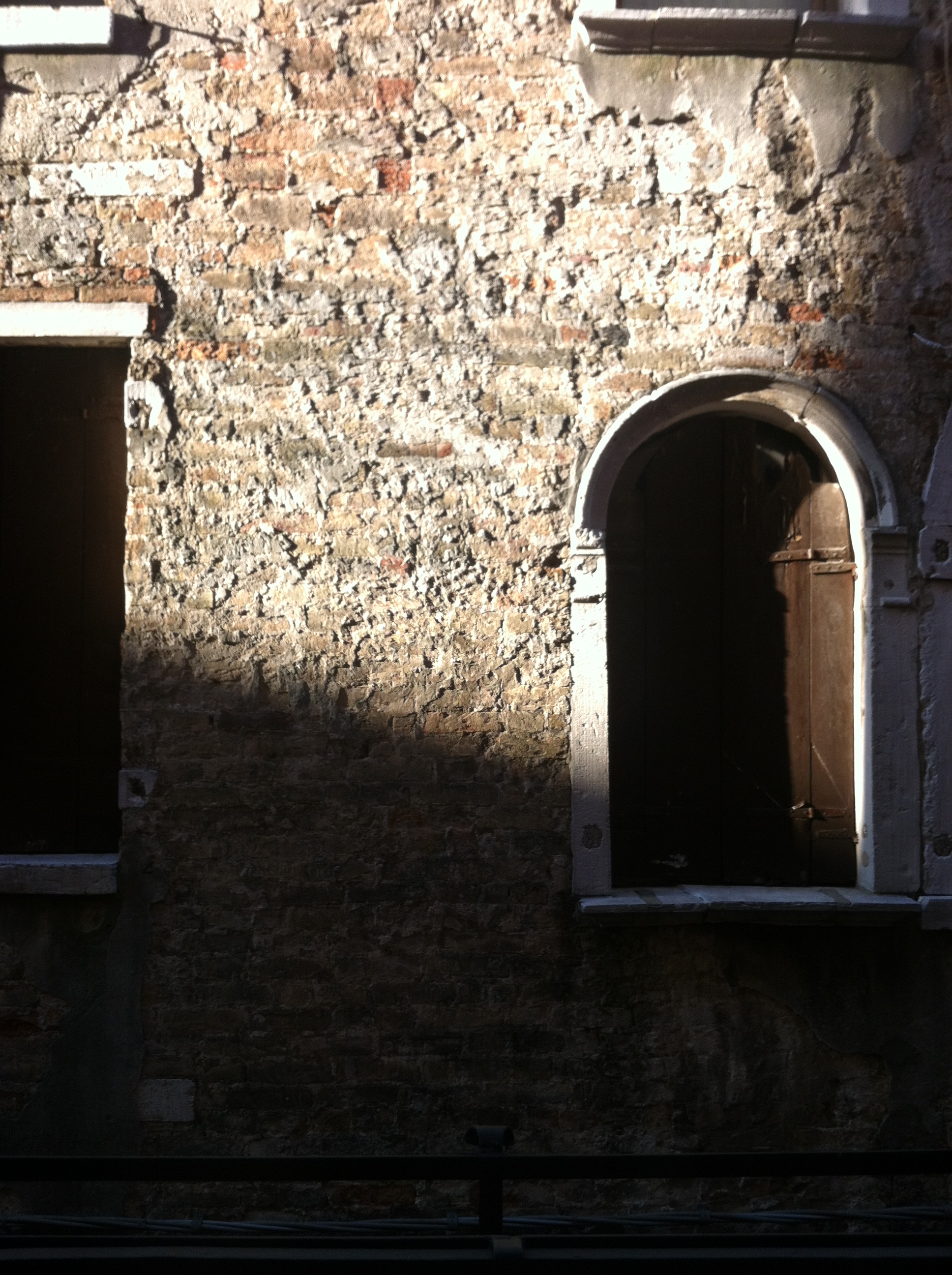 The sound of spoken Italian seems to have two settings — seductive or angry (we saw more angry in Rome and see more seductive in Venice) although I don’t think the sound has a correlation to the actual demeanor of the speaker.  Everyone speaks with their hands, even when driving or on the phone. 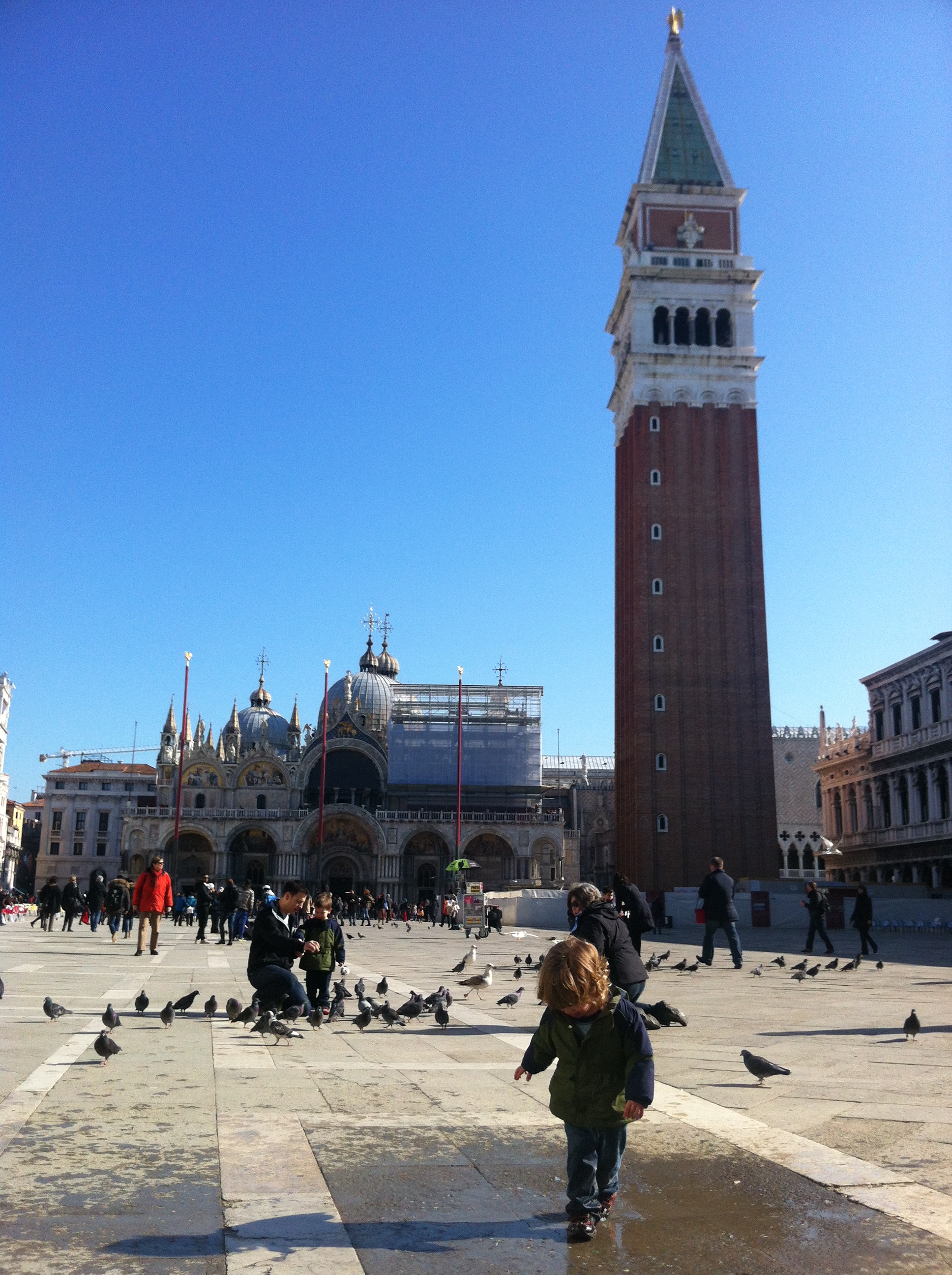 We’ve been to San Marco to chase pigeons and splash in puddles.  We’ve strolled to the Rialto bridge, gazed down at the boats on the water and done some great shopping.  We’ve discovered delicious pasta and amazing sandwiches (found by popping into the lunch bar that was most crammed with Italian speakers).  We’ve discovered the best gelato we’ve had since we’ve been in Italy (Gelato Fantasy near San Marco).  We’ve enjoyed walking along the winding alleys and climbing the bridges over the canals.  Venice is busy during the day and stunningly romantic at night.  (Benjamin declared, “It’s spooky!”, but in a completely complimentary way.)  It is so lovely. 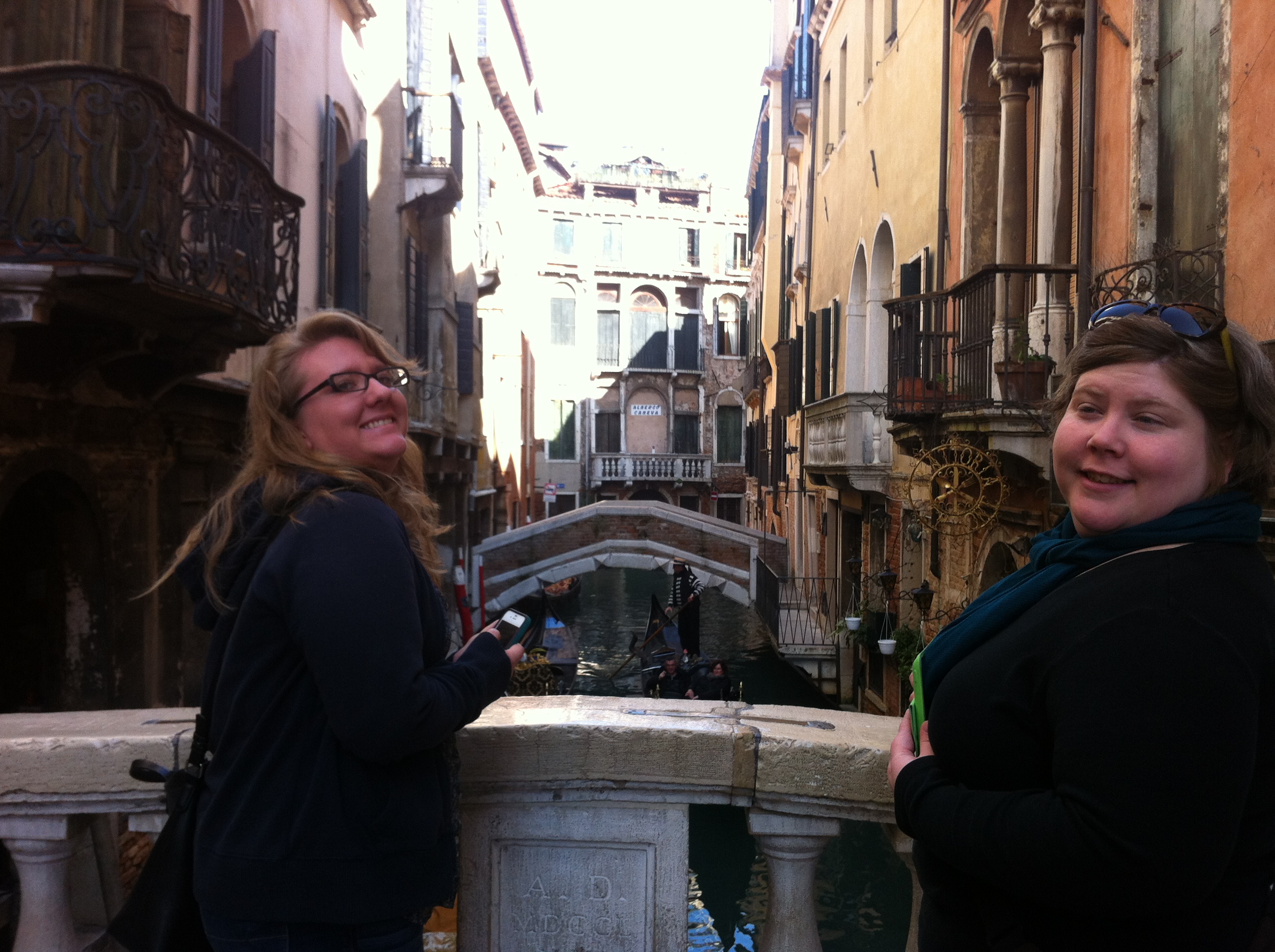 We loved Rome, but we are in love with Venice. 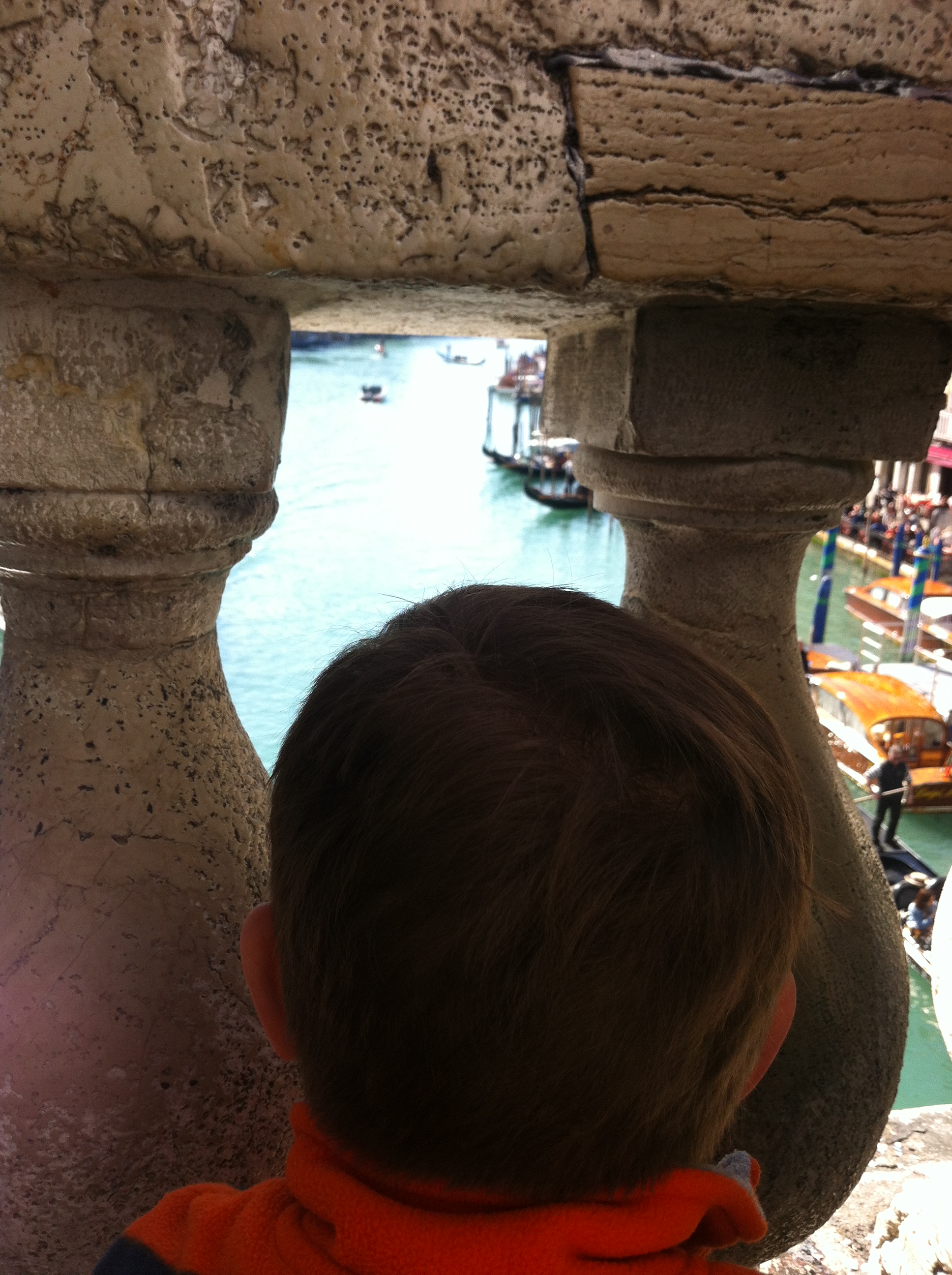