Today was the Faschingsfest celebration at B’s school — an Austrian version of Carnival or Mardi Gras.  It’s basically a big pre-lent party.  Last year, B was sick and missed out on Faschingsfest, so this was our first, and we weren’t sure what it would be like. 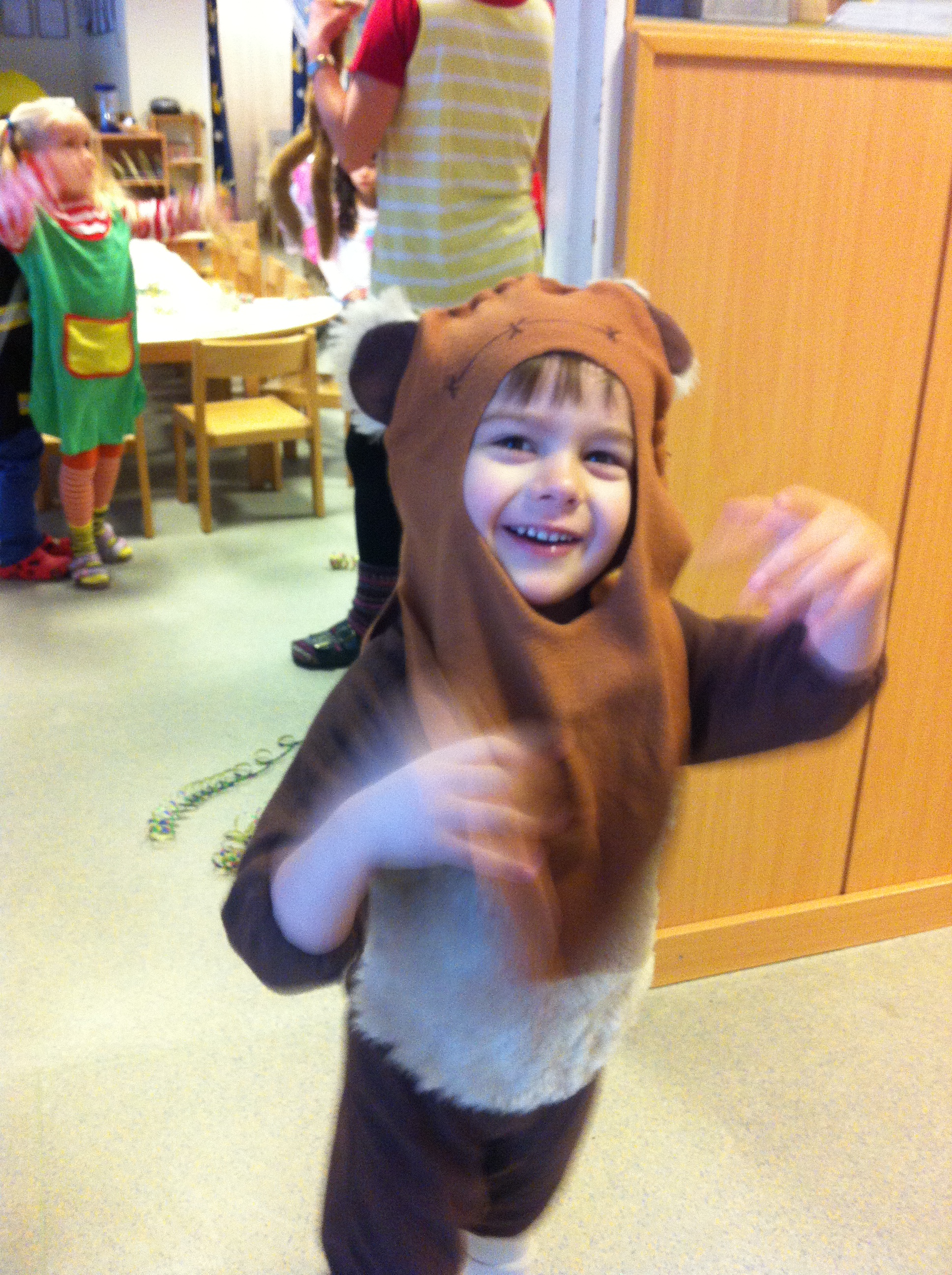 We knew that Faschingsfest is the big costume dress holiday here, similar, in that way, to Halloween in the US, except with an emphasis on cute and funny costumes, rather than scary ones.  Still, we didn’t know quite what it would be like, and it’s a little stressful to get your kid dressed for an almost-but-not-quite Halloween dress up party for school when you’re not at all sure what he should be wearing.  We had to make an educated guess on costumes, and we decided to choose from what we already have (because, if you’re equally likely to get it wrong either way, better to not invest the money in a new costume).  B considered his options and elected to go as an Ewok.  When we arrived at school this morning, he was very much in keeping with the correct spirit of the costumes — there was a princess, two kings, a knight, two Spidermen, two Batmen, a clown, a penguin, several pirates, a fireman and a Pippi Longstocking.  I think he chose perfectly.

They celebrated with games, hot dogs, candy, a puppet theater and balloons.  According to B, it was a “great day”.  Our first Faschingsfest was a success!