I am a bad influence. 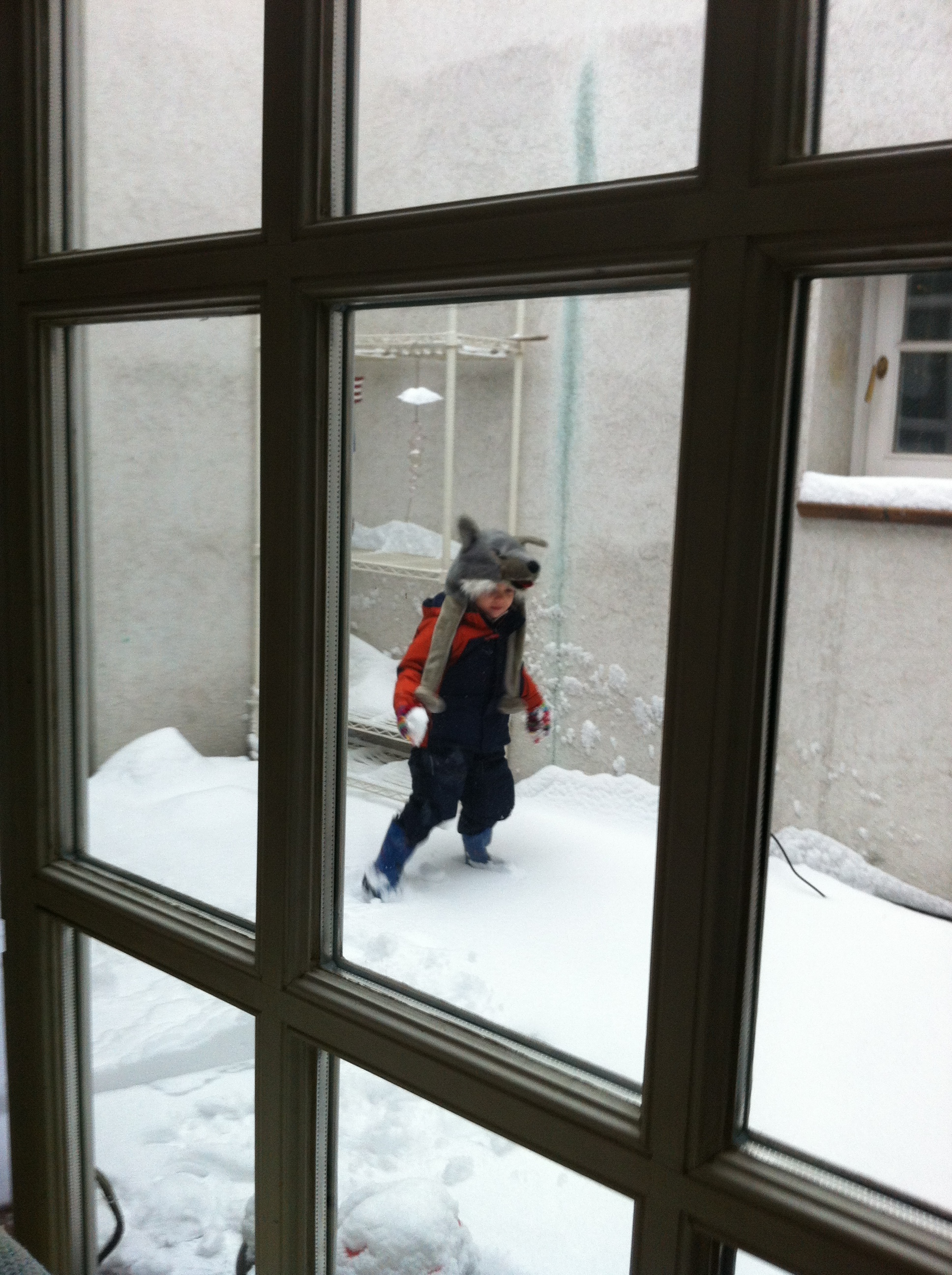 We woke up to a good bit of snow this morning — probably about 3 inches, and certainly the most we’ve gotten in a single shot so far this season.  I love the snow, and I started imagining all the fun we were going to have today — building snowmen, throwing snowballs, taking a snowy walk, maybe even finding a good hill for sledding.  And I started thinking that it was really a shame that we had to wait until this afternoon, after B got home from school, to start enjoying the snow.  After all — who knows how long it would last?  Many times I’ve promised B, “We’ll play in the snow after lunch/after nap/tomorrow”, and then, by the time it’s time to play, the snow is all gone.  And, really, it seemed like such a bummer that Dan would have to miss out in all the fun . . .

So I decided we should have a family snow day. 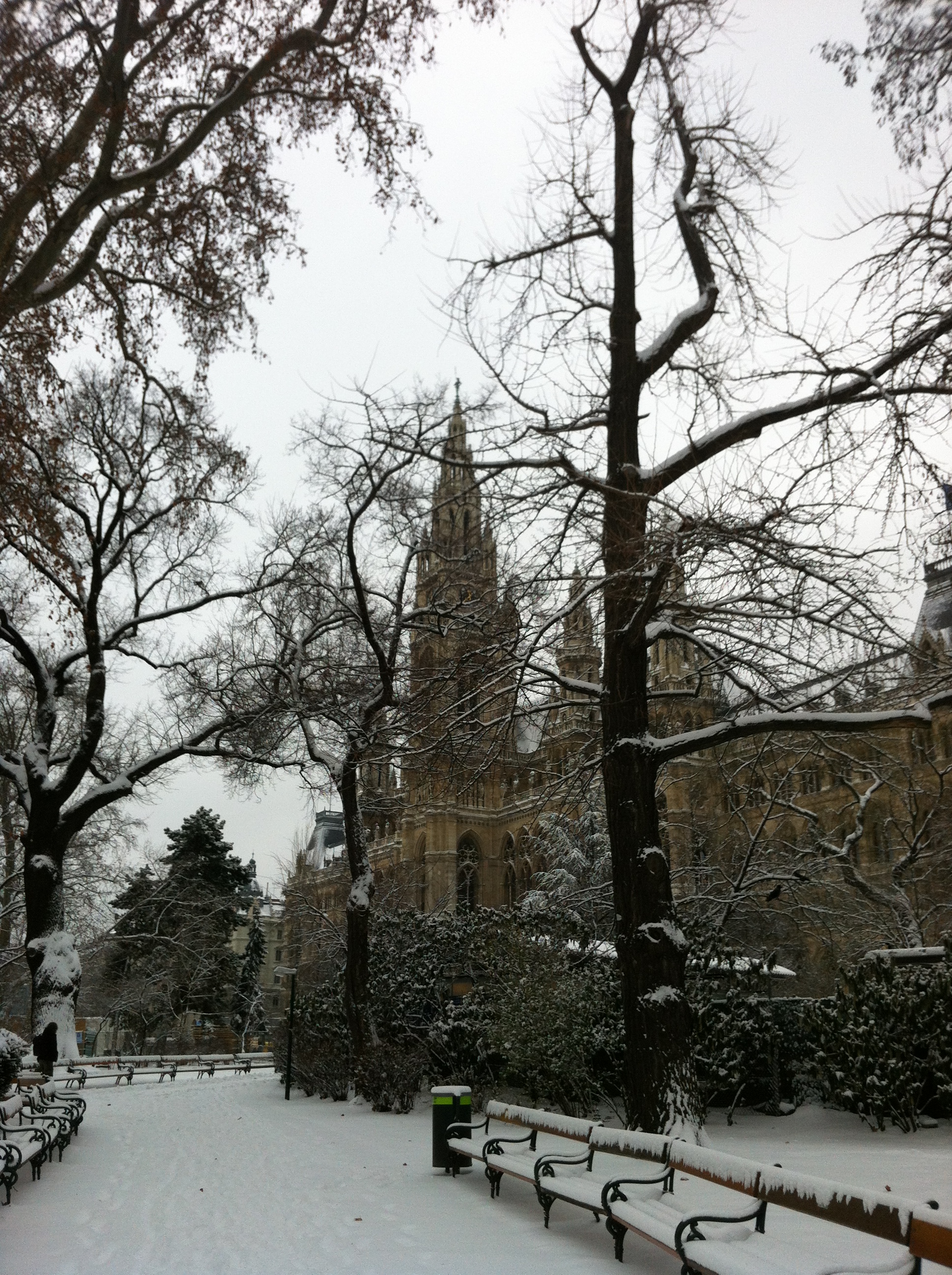 I asked B if he would rather go to school and play in the snow with his friends or stay home and play in the snow with us — of course, he chose to stay home.  Dan took a BIT more convincing.  As always, I don’t think he thought I was serious at first.  But I persisted, and I also reminded him that we have all been sick and an extra day for us to rest and get better really probably IS a good idea.

So, we all stayed home to play in the snow.  I had fanciful visions of playing together, strolling through the snow-quiet, tree-lined paths of Vienna, and then coming home to warm up — drinking hot chocolate and all snuggling together.  That is not at all how it went.  B was excited to go out, but he only wanted to go out on the terrace.  Liam refused to go out in the snow at all (I’m 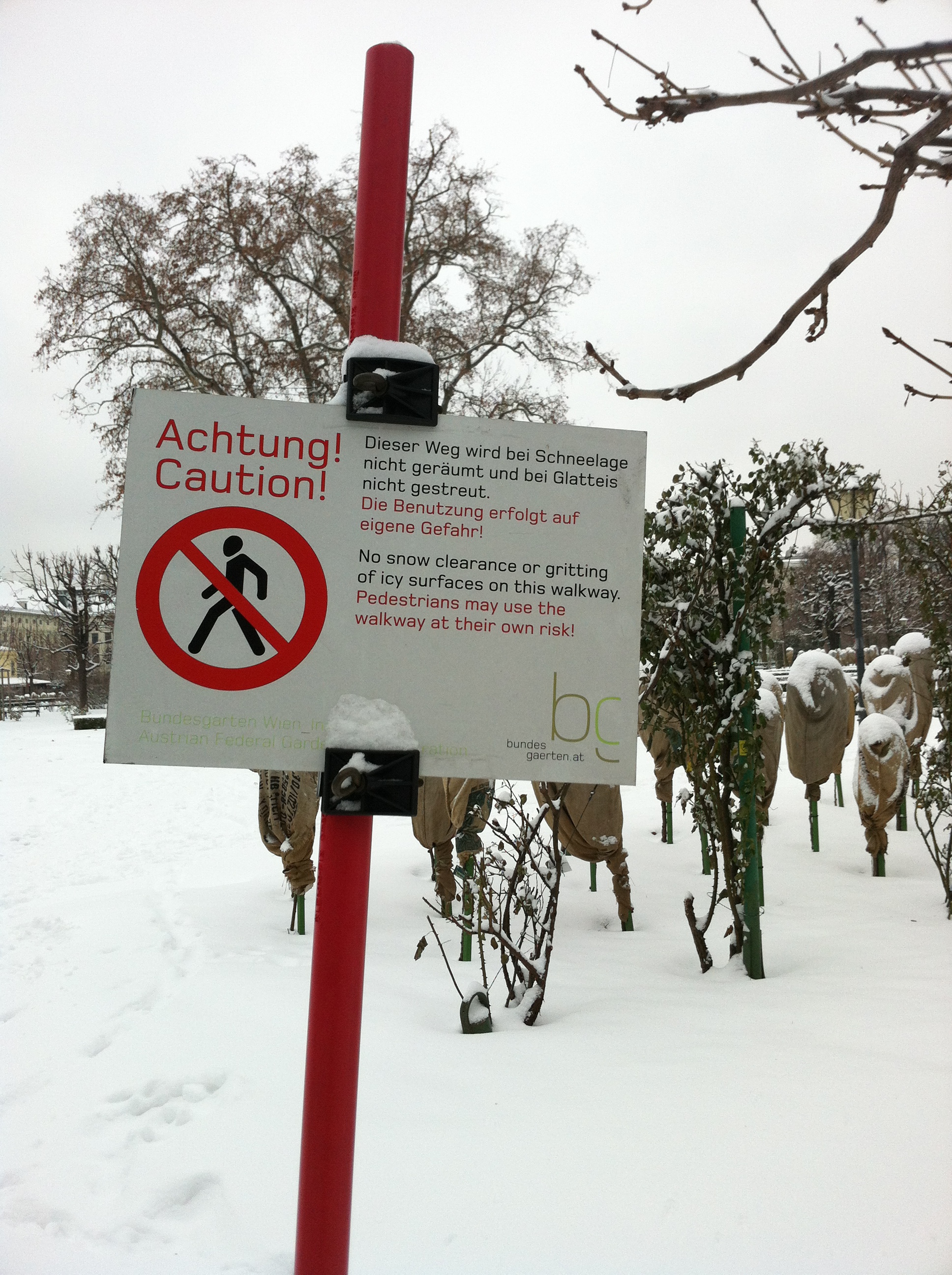 hoping this isn’t a foreshadowing of how enthusiastic he’ll be about skiing this weekend).  So, I stayed in with Liam and we watched Dan and Benjamin build a snow dog and throw snowballs.  When they were cold, they came in and we all played together.  I wanted to go out and enjoy the snow, and, since no one wanted to join me, I went on my own.

So, Benjamin got to play in the snow, as did Dan.  I got to walk on the peaceful, snowy sidewalks of Vienna.  And Liam, who I think really needs a bit more recuperation time, mostly did that.  We didn’t exactly do it all together, but we did have a nice day.  I love snow days. 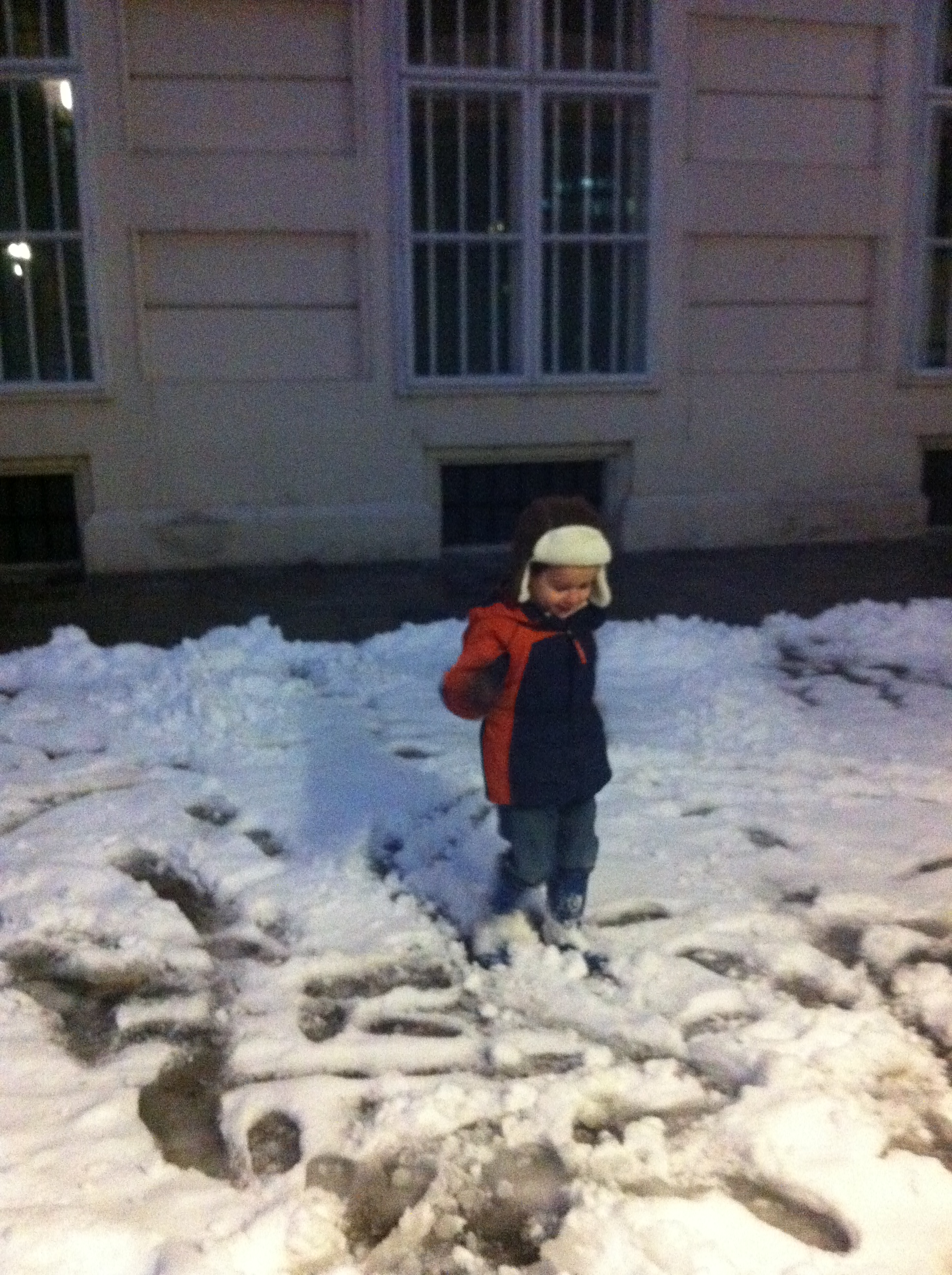