Benjamin has recently rekindled his interest in dinosaurs, sabre-toothed cats, mastodons and all things prehistoric.  For weeks, he’s been asking about what they ate, when they lived, and how they became extinct.  Between rounds of rushing to Wikipedia answer his questions, it occurred to me that maybe a return trip to the Natural History Museum was in order. 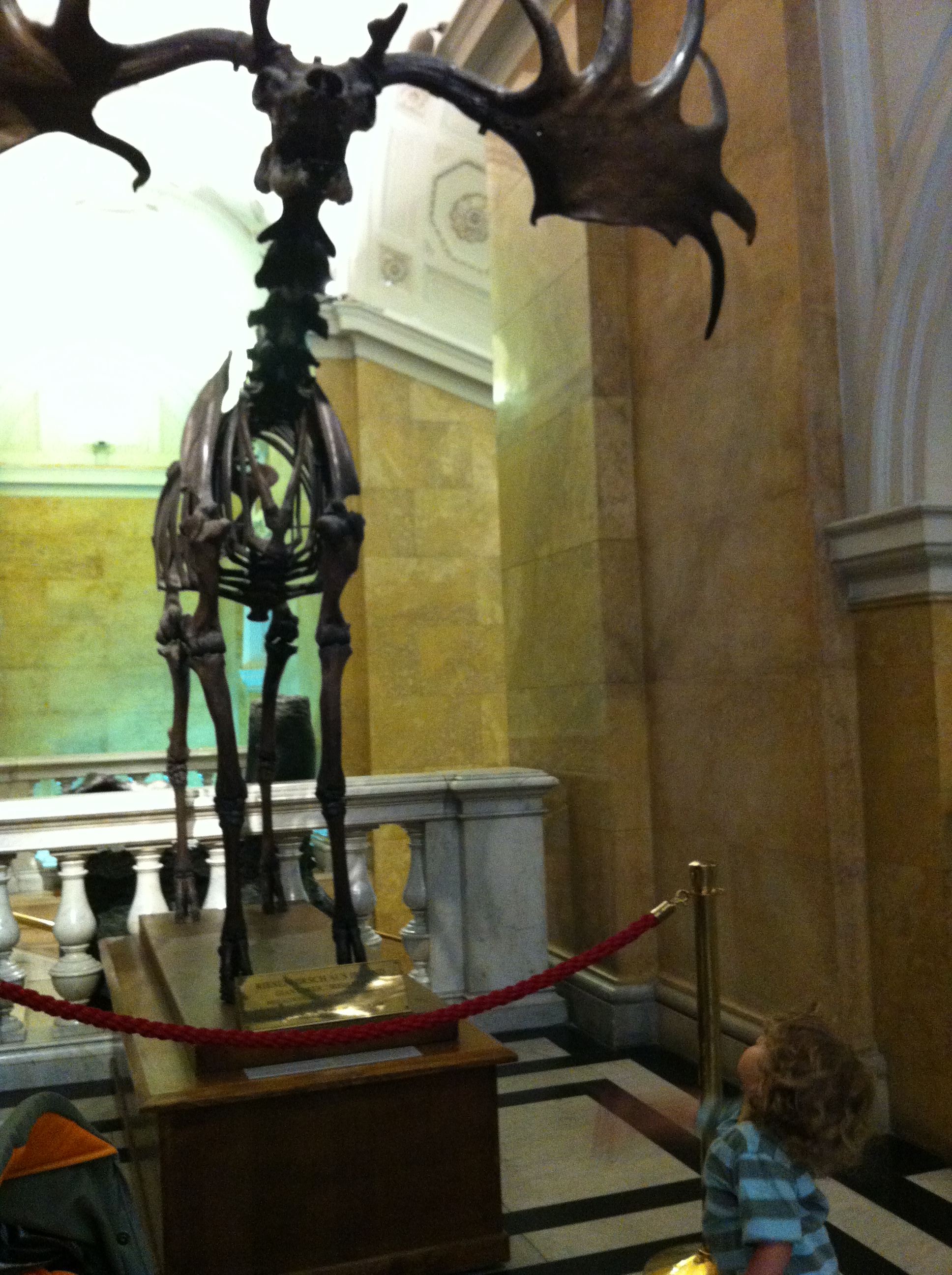 Today was a work holiday for Dan, but not one for Vienna, so it was a perfect choice.  We were a little slow to get going this morning (after our unexpectedly long Alpine adventure yesterday) but we got over to the museum mid-day and spent a few hours checking things out, and we were happy to find that it was a lot less crowded than our last visit.

When we arrived, B first asked to check out the . . . insects.  I couldn’t have predicted that in advance, but we had a great time checking out a variety of glittery beetles and such under a microscope.  We visited the sharks, the mammals, the saber-toothed cats and the dinosaurs! 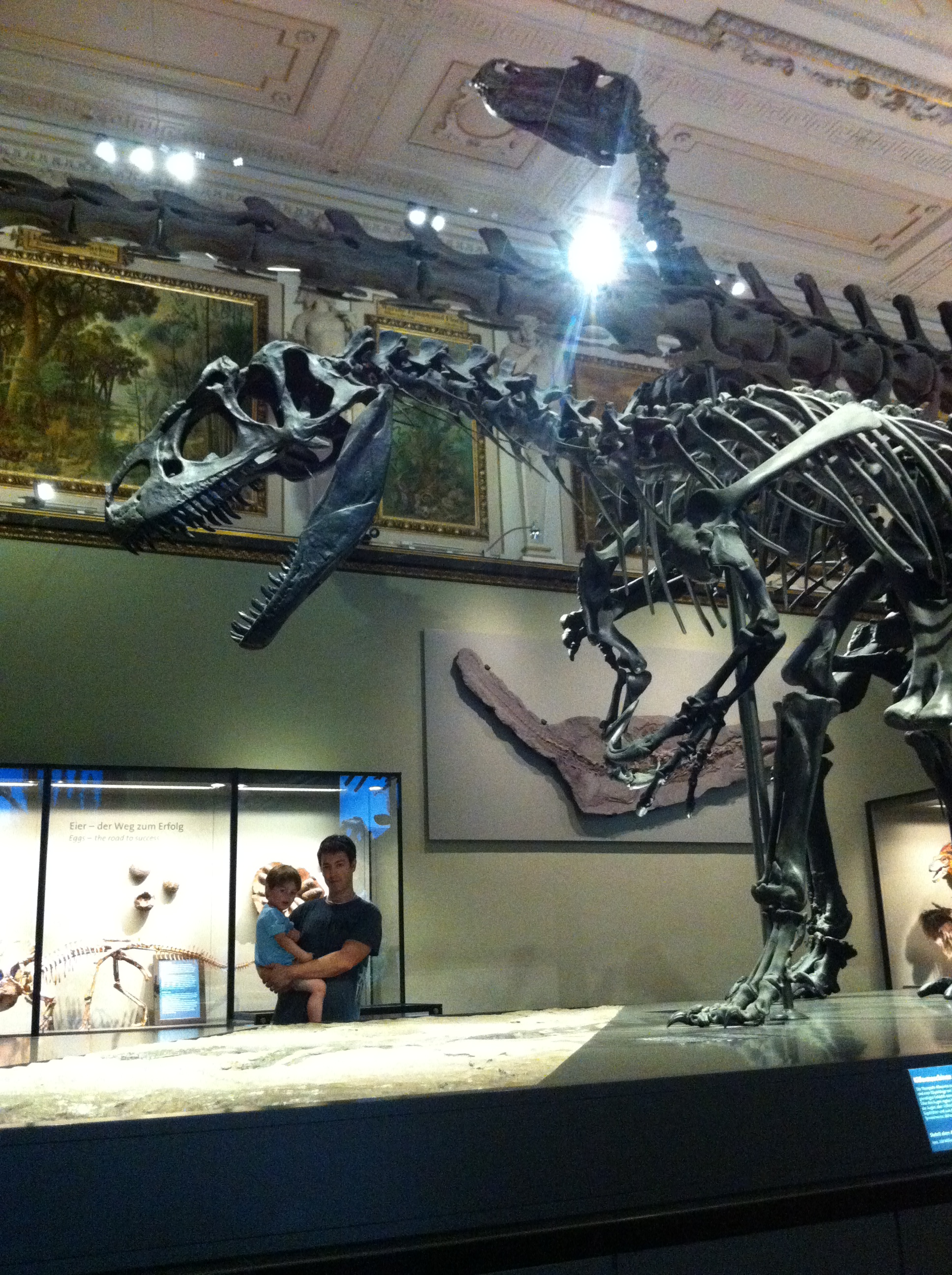 The dinosaur exhibit was my favorite — with an animatronic dinosaur, several full skeletons and a bunch of very cool and informative videos, how could it not be?  It’s also one of their most recently updated sections, and a lot of the information is in English as well as German, so I was actually able to learn some of the answers to the questions that Benjamin keeps inundating me with.

Walking through the rest of the museum was pretty fascinating, too, though.  Many (if not most) of the mammal displays are made from real, once-living animals, stuffed and 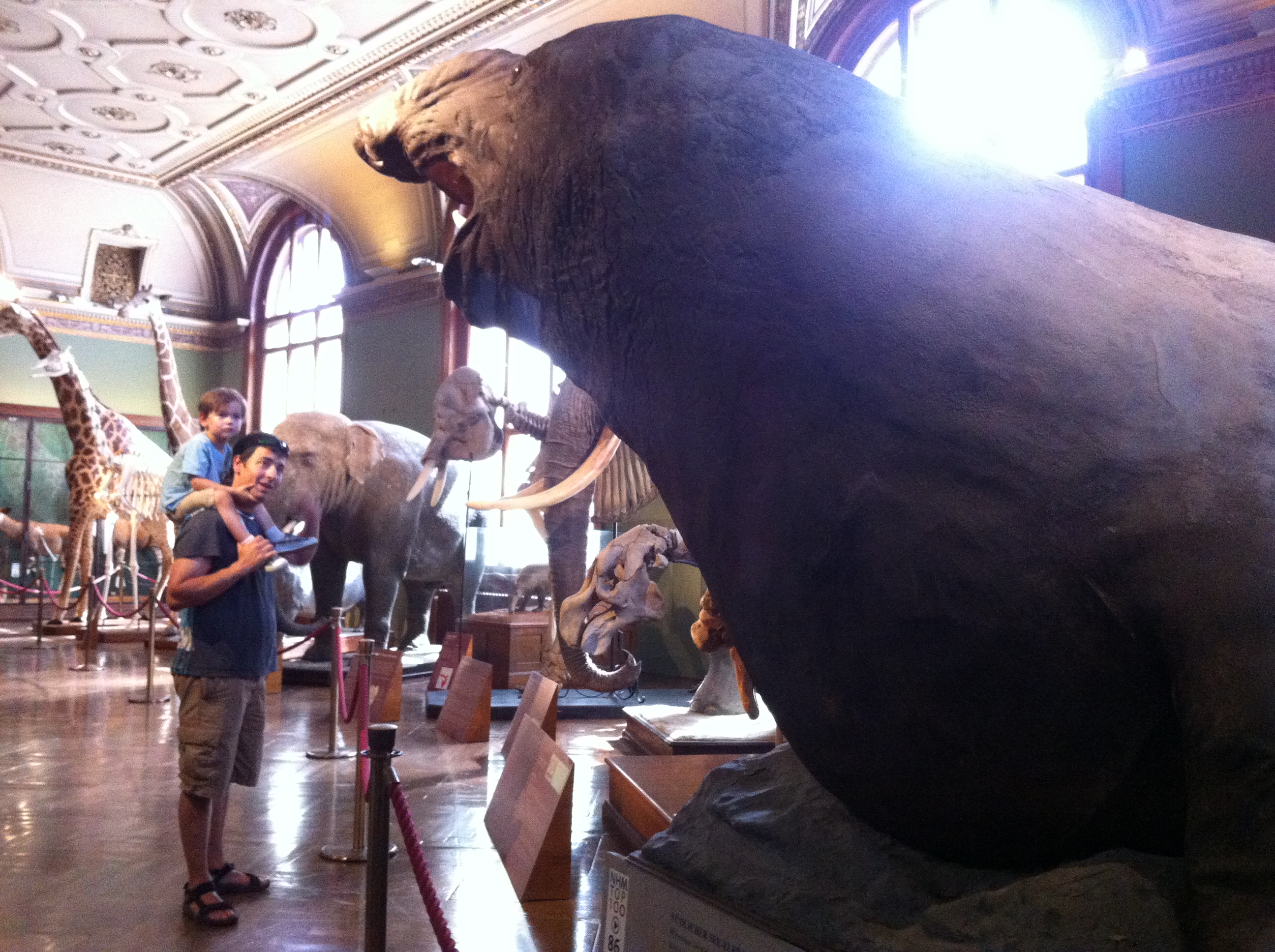 preserved.  And a lot of them are old . . . surprisingly old.  They have an elephant seal that was over 100 years old, and several specimens of animals that have been extinct for the better part of a century.  It was a pretty fascinating way to spend an afternoon, and although Liam slept through a lot of it (he caught the dinosaurs, the bugs and the sharks, but missed the mammals), I think the boys had a really good time, too.

In retrospect, we probably should have planned one fewer activity for this weekend (although we had no idea yesterday was going to be as long of a day as it was) because we are all completely exhausted right now.  But it was a good day, and a great weekend, and it was fun to hang out with the dinosaurs.