The Prater is a park of about 6,000,000 square meters in Vienna.  It’s made up of 2 completely different parts — one is a wild, crazy, slightly cheesy amusement park, and the other part is the “green Prater”, which is a huge, forested recreation area.  (It’s kind of Vienna’s version of Central Park.)

Last year, we visited the amusement park, and although it was interesting, it wasn’t quite the right fit for the boys — Liam, in particular, was big enough to want to try everything but too little to actually do so.  (It was also shortly after we arrived, so we were probably more chicken to try new stuff than we are now.  We should go back and check it out again.) 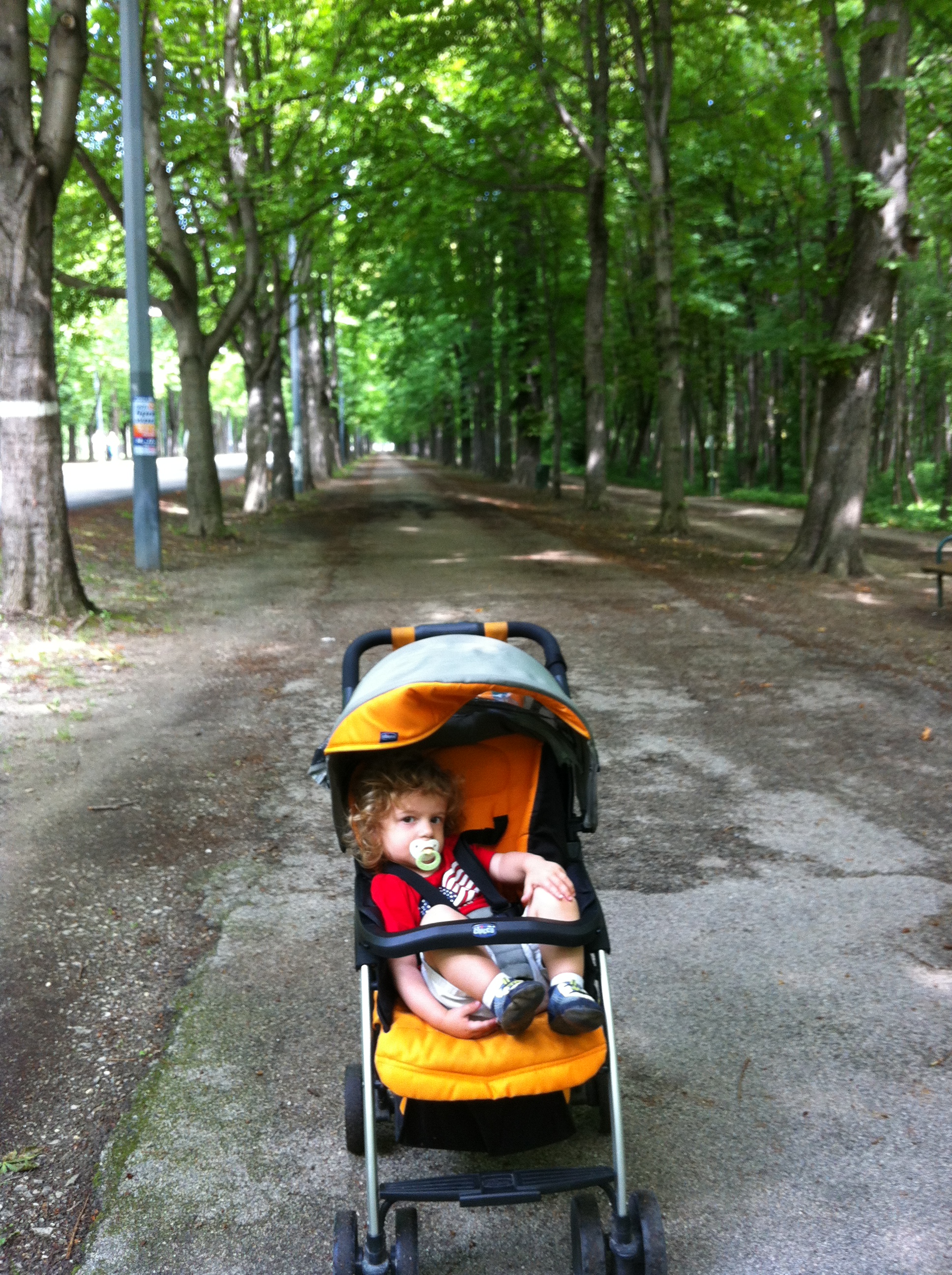 The other day, Liam and I went on an expedition to explore the green part of the Prater — something I’d not done with any particular thoroughness.  We walked for over an hour, mostly down the “Hauptallee” (main path) that runs down the middle.

From the depths of the park, you’d have no idea you were in the center of a major city.  It is green, lush and very quiet (cars aren’t permitted).  We saw dogs, horses, bikes, walkers, runners, trees and open spaces.  There were paved paths (very stroller friendly) as well as wood chip covered running/bridle paths.  Most importantly (given how warm it was here t his week) there was lots of shade and plenty of cool breezes.

We’ve been back 3 days this week to walk or run.  It’s a very peaceful break from the bustle of the city, made more surprising by the fact that it’s about halfway home from dropping Benjamin off at school.  We really enjoyed it, and I think we’ll be visiting often.