Today was “Family Fest” at Benjamin’s school.  It was basically an “end of the year” (not quite, because it’s preschool and actually goes all year) party/social/open house for the kids and their families.  As with pretty much everything we experience here, we really didn’t know what to expect.  We were excited, though — Benjamin’s only remaining regret about school is that we don’t all get to attend with him, and today, we got to join him.  So that, in itself, was something to look forward to.

Family Fest was awesome.  The teachers had set up 9 “stations” around the school, scattered throughout the different classrooms and the garden, all set up around this year’s theme (water).  Even though it was chilly and drizzly today, we had a fantastic time.  Everything was very interactive, and encouraged the kids to play (and, often, the grown ups to play with them). 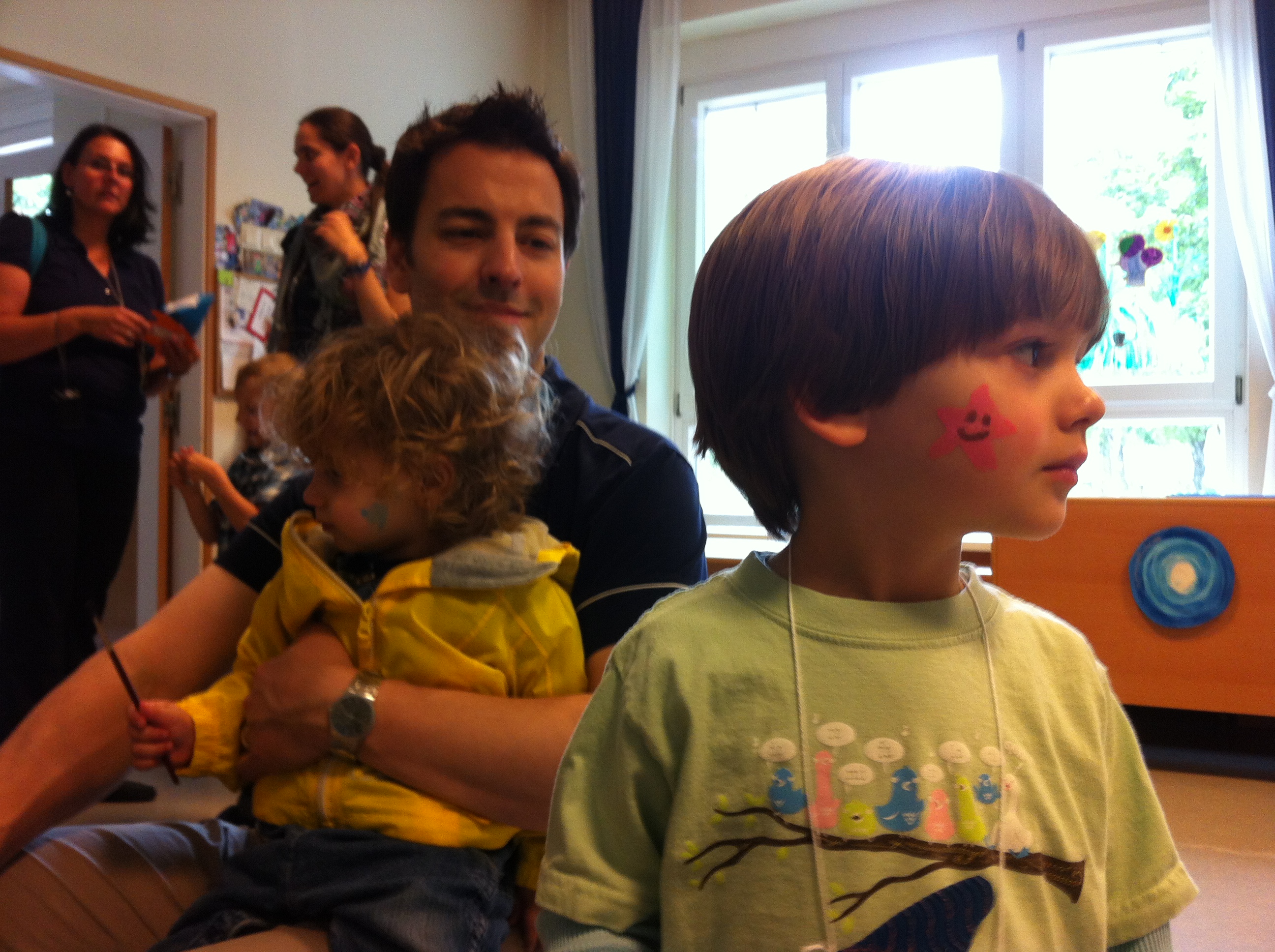 I got to paint Benjamin’s and Liam’s faces (the results were significantly better on Benjamin since he held still and didn’t immediately try to wipe the paint off).  We got to “fish” (magnetic fish and magnetic poles).  Benjamin got to throw water balloons — actually, Liam did, too, but that was less official (and we were glad we had put him in a raincoat).  B got to knock stuff over with a spray bottle of water.  We went fishing for floating ducks.  Benjamin and Liam did some bowling.  We did a treasure hunt for candy in a box full of seashells (that was probably the most difficult one — I’m not sure B really believed there was anything worth finding in the box, and he lost interest until Mommy came to the rescue and uncovered the candy).  We made a paper boat.  We had a snack (cake, juice and coffee — no coffee for the kids).  B put out a “fire” — he knocked over plastic bottles decorated as fire with a hose while I pumped the water.  The boys had ice cream.  We went home. 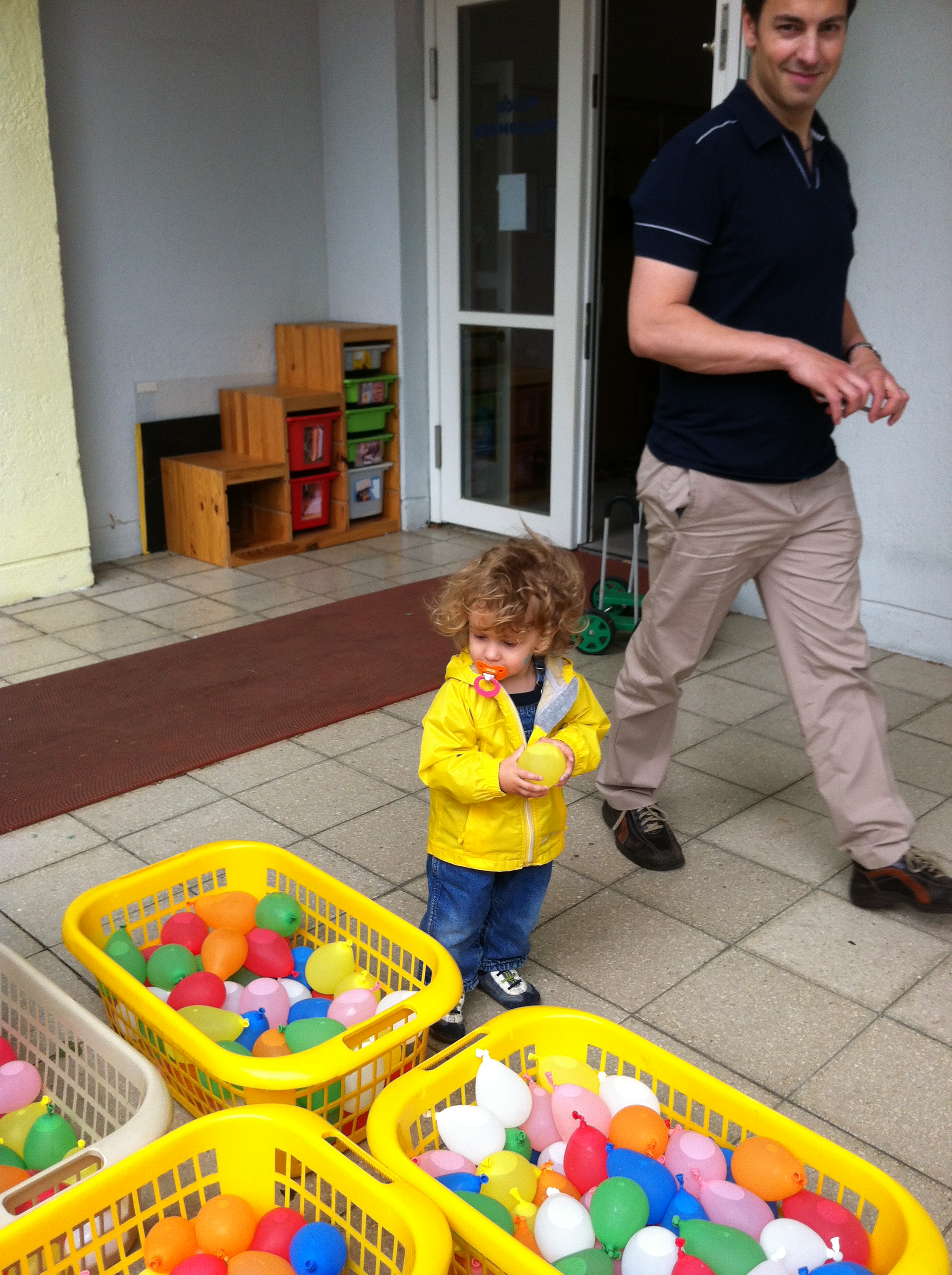 Good times were had by all.

Family Fest was wonderful, and fun (if a little exhausting) and I feel so lucky that we all got to be there.  (Not all the kids had family to be there.  There was one room where the kids whose families weren’t there were all playing together.  They really did look like they were having a good time, and the teachers who were in there seemed to be making it fun.  But I don’t care how fun it was, that had to be hard.)  We are so lucky.  I got to be there.  Liam got to play.  Dan was able to take the afternoon off of work and be there (and because he was there, Benjamin got some great time and attention from each of us today — wrangling both kids would have made that much harder).  I feel so grateful that the teachers and the school put their hearts into making such a fun day for all of us.  And I feel so fortunate that we could all be there. 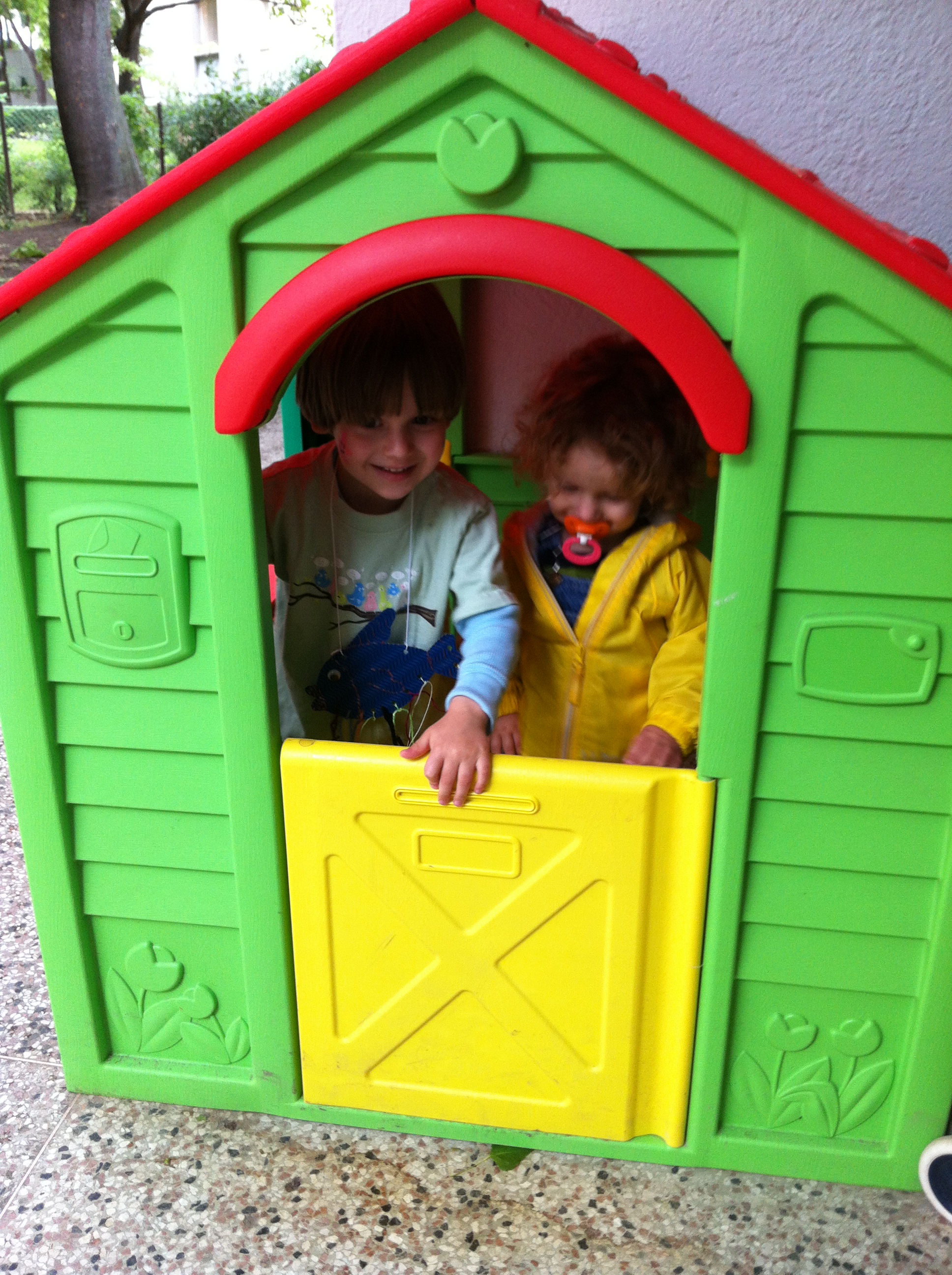 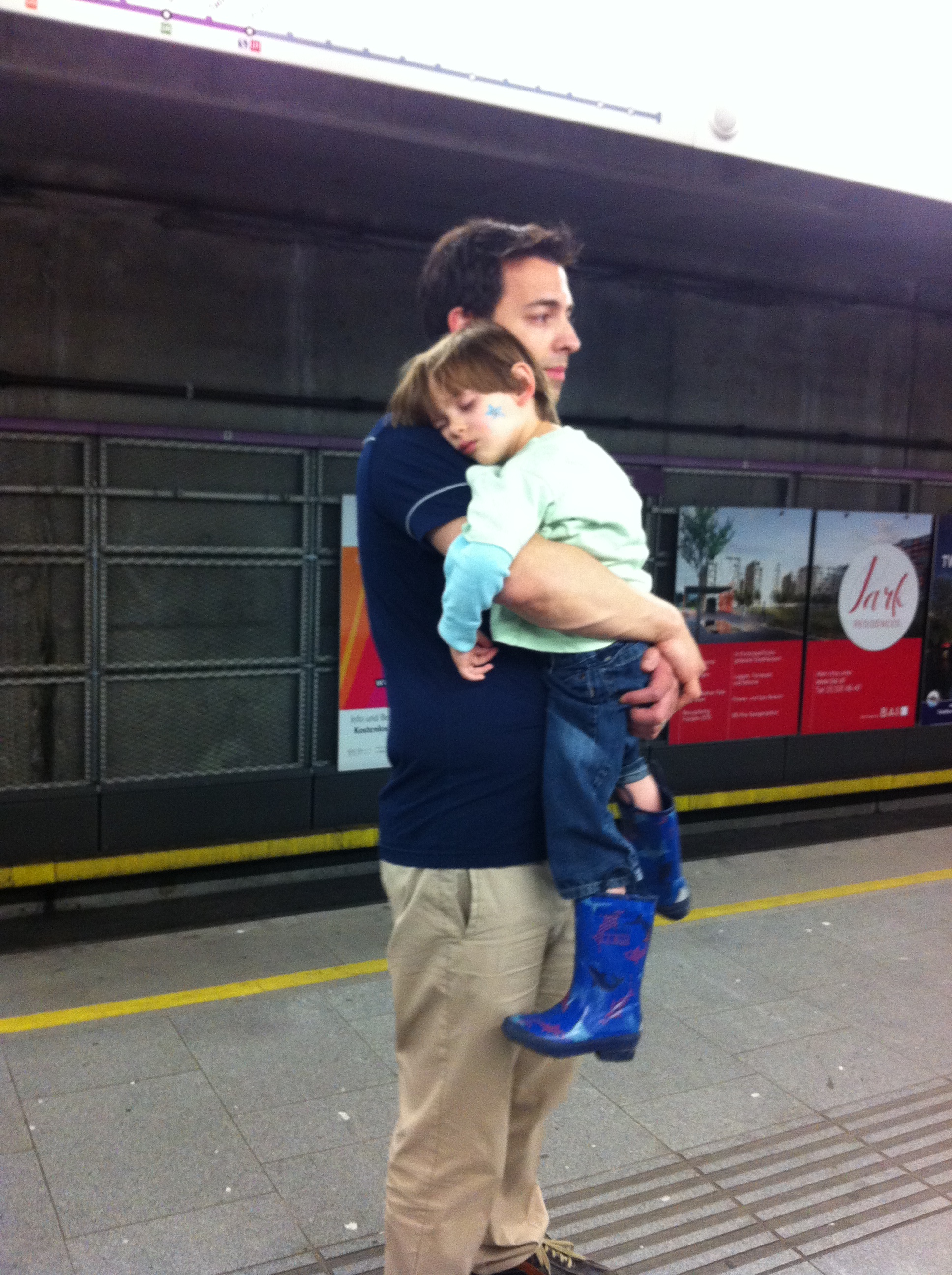